I know that you are crazy about this guy. And naturally, the only thing you really want is for him to feel the same way about you. You wish for him to love you back the same way you love him.

But your hope blinds you from seeing the reality. This false hope is causing you to lie to yourself and to see things that aren’t actually there.

Because if you look at things realistically, you’ll see the truth. And the truth is that this guy actually acts like he doesn’t give a damn about you. And if he treats you like he doesn’t care, you better start believing him.

So please, stop getting your hopes up and lying to yourself that this man has feelings for you. Look the truth in the eye and accept that if he truly cared about you, he’d act like it.

Please, stop justifying him mistreating you. Stop making false excuses even you don’t believe in, just to justify his behavior and his lack of emotions.

Stop convincing yourself that he is just emotionally unavailable right now and that things will change the moment he senses the depth of your love. That he lost faith in love and that you just have to prove to him that romance isn’t dead.

Stop telling yourself that he is just playing hard to get to make you fall for him even more. That he pretends to be this tough guy who doesn’t want to express his emotions or show you his vulnerability.

Stop convincing yourself that he is actually just scared of how much he likes you and that he is running away from his emotions. That he is too shy to be his true self and that you just need to be patient with him.

Stop convincing yourself that this man is emotionally broken or damaged and that you’ll be his savior. That you’ll be the one to heal his broken heart and make him fall for you.

Stop telling yourself that he is treating you this way because he has trust issues and because he’s been hurt in the past. That he just needs time to open up to you completely.

Stop convincing yourself that deep down, this man loves you in his own, special way. That this is his maximum capacity and that this is just the way he is.

Stop dissecting his every move and analyzing his every word in the search for emotions that simply don’t exist. Stop trying to find hidden meaning in little tokens of his affection and stop mistaking it for true love. Stop looking for clues in his mixed signals and mind games.

If he wanted to call you, there doesn’t exist an earthly power which could stop him from doing so. If he wanted to see you, he would do so, no matter how tired or busy he is.

Because things are actually pretty simple; if this man wanted to be with you, he would be. If he loved you, he would show you that love.

Because a man who loves you for real will never play with your mind. His feelings will always be clear and he’ll always be completely honest about them. This man will never make you second-guess him and he’ll never leave you wondering.

When a man really loves you, you’ll never have to search for that love under layers of his indifference. Because you’ll be able to see it and to feel it in every second of every day, with every atom of your body and soul.

Stop lying to yourself and accept the bitter truth. This man doesn’t love you, never did and never will.

And you know why you should do this?

Because you are better than that. And you deserve more than to settle for someone who doesn’t give you the love you deserve or need. And because you are strong enough to look the truth in the eye, no matter how harsh or painful it might get. 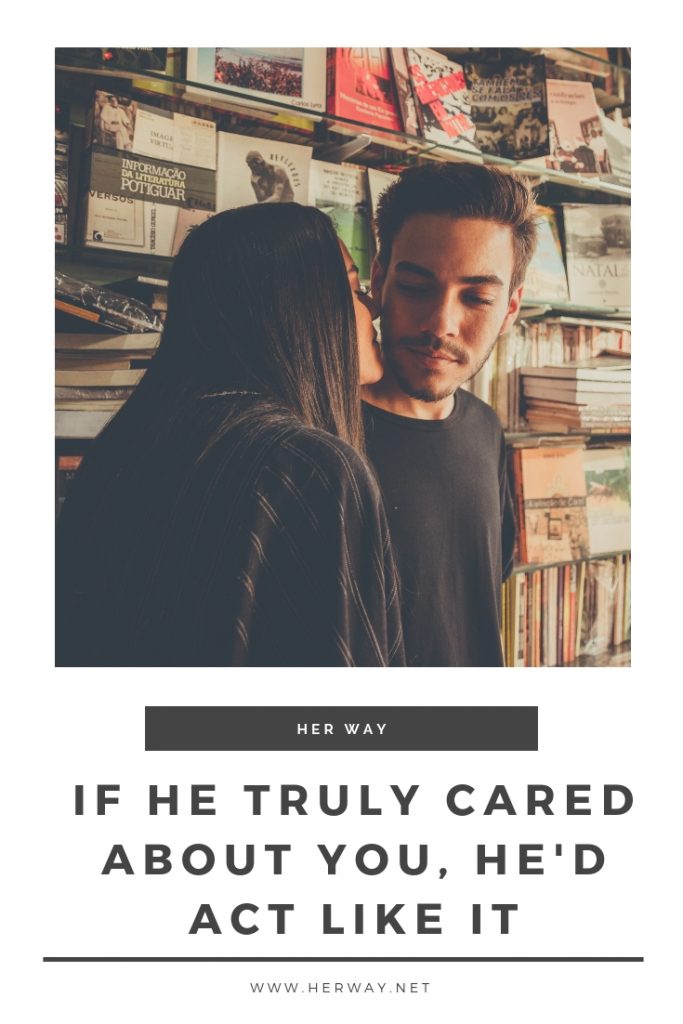