For so many years, I was in this weird loop where I kept dating these horrible guys who took much more than they actually gave. It was such a toxic environment and I honestly didn’t know what the hell was wrong with me to keep attracting all the wrong men into my life.

I kept thinking about it and I knew there had to be some valid reason for this, so I did some soul-searching and came to the realization that my behavior was the main reason why I always ended up with the wrong guy!

I subconsciously manifested certain unhealthy traits that kept me from the men I actually deserved and instead brought a sea of toxic guys into my life.

If you don’t want to repeat my mistakes and get your dating life back on track, read these 6 things I did wrong and save yourself years of regret.

Contents show
1 1. I was attracted to dark and mysterious guys with a shady past
2 2. I secretly liked it when they were a little mean to me
3 3. I wasn’t interested in nice guys
4 4. I liked men who were fresh out of a relationship
5 5. I kept dumping men for no real reason
6 6. I would act crazy if I didn’t have my way

1. I was attracted to dark and mysterious guys with a shady past

I was foolish enough to believe that I would be able to crack their tough exterior and get them to open up to me like they never did before. Clearly, I was wrong, and it always came back to haunt me!

Those guys may only appear attractive and appealing on the surface but in reality, they are damaged souls who are unable to love themselves, let alone anyone else. Steer clear!

2. I secretly liked it when they were a little mean to me

This is a messed up thing to admit and it probably goes back to my childhood when I was told that if a boy was mean or teased me, it meant he liked me! That is a crazy concept and I can’t believe anyone would ever be told that!

So it translated back to my adult years, where I believed that if he yelled at me, it must’ve meant he really cared! What a shitty thing to be made believe.

Nice guys just always somehow seemed boring. I am aware that one can’t judge a book by its cover and now I don’t anymore but I used to believe that I could get no thrill by being with a good guy, as it just seemed too ordinary. And now, I would kill for that ‘ordinary’ type of love! Stability over unpredictability.

4. I liked men who were fresh out of a relationship

For reasons still unknown to me, I always somehow fell for guys who were just out of a relationship or carried emotional baggage from past relationships.

I stupidly believed that I could be the one they would find their happily ever after with and that I would get them back on track! It rarely turned out that way and it was mostly just painful, as I always felt like a second choice.

Now I see that I should’ve waited for them to get over their past love before I started anything with them.

5. I kept dumping men for no real reason

I loved being right a little too much, so rather than hashing things out, I would end up dumping them so as not to have to fight with them. It was a really toxic circle that was unhealthy for both of us and it was all my fault.

I couldn’t accept that I wasn’t right all the time so it was easier to end it and find another toxic guy to replace him with. I was really selfish and I never even realized it.

I don’t really think they were that bad in the first place, I somehow made them act that way due to my twisted way of thinking and acting toward them.

6. I would act crazy if I didn’t have my way

If things didn’t work out how I wanted them to, I would blame it all on the guy. I always had to have it my way and I made myself believe that if a guy couldn’t conform to that, he was not the guy for me and there had to be something wrong with him. And all this time, it was me who messed everything up.

I was too stubborn to admit I was wrong and I paid the price. Thank God I now see that a relationship is a two-way street and both parties deserve to be listened to and acknowledged equally. Anything else is not fair and now I finally see that. 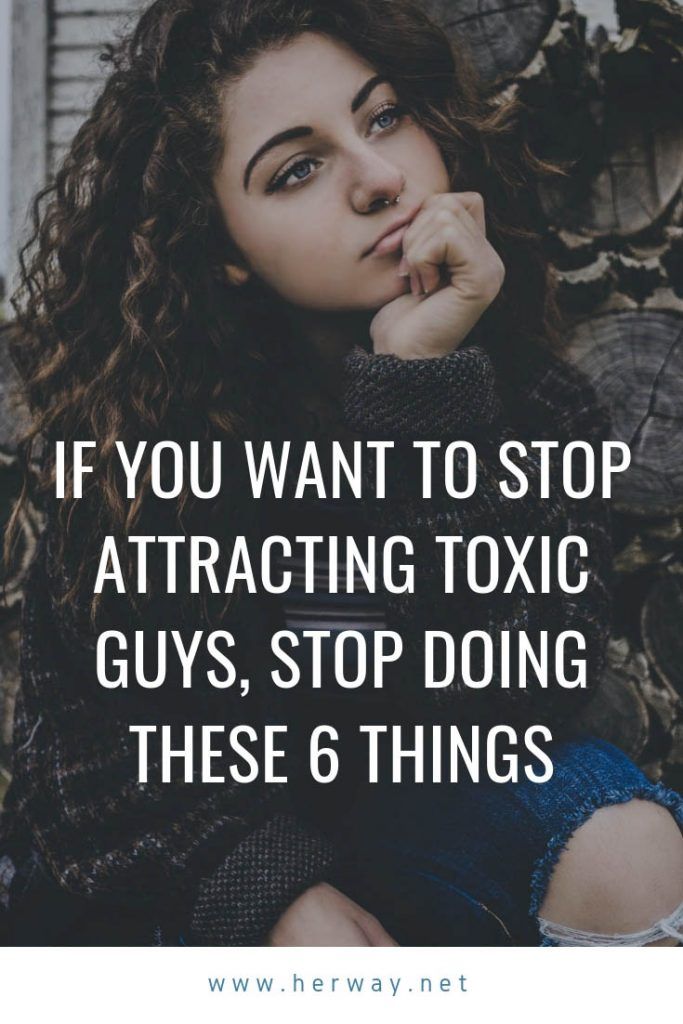