Am I crazy for wishing for a love that lasts? Am I crazy because I believe it’s still out there waiting for me? Maybe but I know that when it comes to love, I won’t settle for anything less.

Temporary relationships, casual hookups, and half loves are not for me. I see that everybody around me is behaving like that’s something normal, that love should be like everything else—instant and fleeting.

But I don’t agree. It shouldn’t be like that. Love shouldn’t mess with your mind and break your heart into pieces…. it just shouldn’t.

I don’t want a relationship that seems perfect at the beginning and lifts me up onto cloud nine when all is well but as soon as the first problems arrive, it knocks me down to the ground so hard that I can barely survive the fall.

I want to live in fear that the person I am into will disappear as soon as my feelings become deeper. That their commitment fears will make them run as far away from me as they can.

I want a person who sticks with me. Someone who stays no matter what. Someone who says that they will never leave me and who stands behind their words.

I don’t want someone who treats love like it’s something instant, something they can easily replace.

I want someone who knows that I am one of a kind and that the relationship we build together will be something that is impossible to replace.

I want someone who knows that true love is worth every single effort they give because they will receive so much more in return.

I am sick of people who always have one foot out of the door. They have a hard time answering a text or showing up when they said they would so how can I depend on them for something more?

I don’t need that in my life. I am sick of them playing with my feelings and making me question my self-worth.

I want someone who sees the real me. Someone who silences my insecurities and treats me like there is nobody in this world they value more than me.

I want someone who is bold enough to fight when things get rough. Someone who wouldn’t even dream of leaving me alone. Someone who helps instead of making things even harder.

I am not looking for anything out of this world; all I want is consistency and commitment. All I want is to love and be loved back, honestly, truly, madly, deeply.

I don’t want someone who treats love like it’s instant and as replaceable as everything else.

I want someone who is ready to move slowly and build love from the foundations to the roof, brick by brick. Without hurrying and without urgency because there is no end; true love lasts forever. 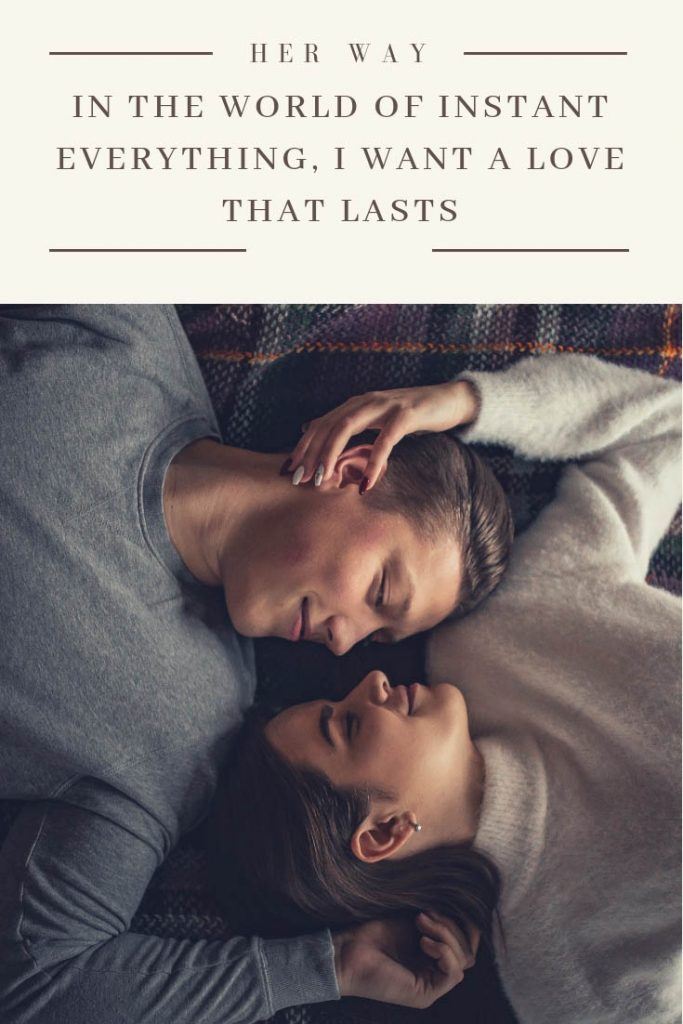