I know you girls.

Your good hearts, innocent intentions, and sincere plans for the future have you thinking that the best way to get a man is to show him how good you can be for him.

You hide nothing, open up to him completely, and show him what his life with you would look like.

It makes perfect sense to you. You’re in a loving relationship that’s moving towards commitment and marriage, so why shouldn’t you act like you’re already married? After all, in your mind and heart, you already are.

There’s only one problem – that’s not how he feels. It will take a lot for him to understand he’s married and start acting like he is even when you actually do get married. Right now, that’s not where he is in his mind.

So many girls out there start treating their boyfriends like their husbands the minute the relationship becomes exclusive.

Is there a ring on your finger? No. That says enough. 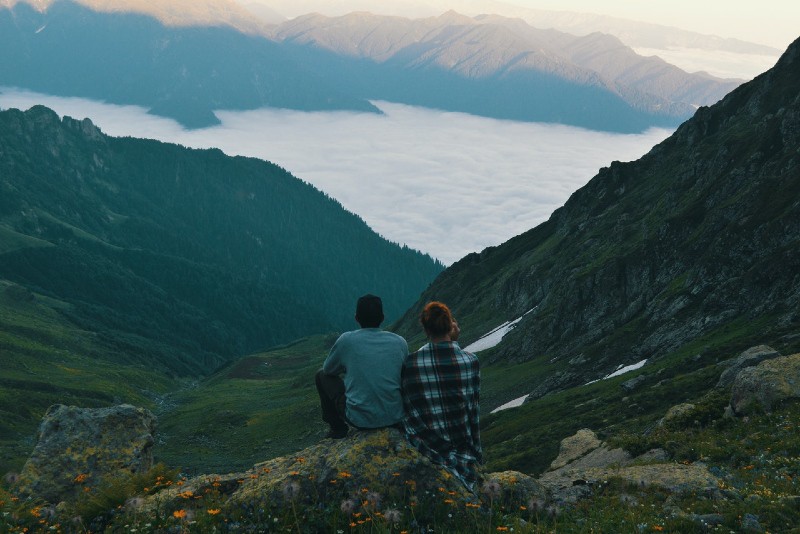 You’re there, thinking how fulfilled you are by the commitment and closeness you get from your “playing house’’ kind of relationship, believing that it’s a testament to how much you care about each other.

You give more and more each day and are suddenly left broken, surprised, and confused when he treats you like you’re just some girl in his life.

Scenario one: He leaves you without batting an eye because to him, you’re ‘’just’’ a girlfriend.

Your pain is that much bigger because you assumed you’d found the one from the way he accepted being treated like your hubby.

He was happy to have you doing everything for him, but unwilling to return the favor. Once the time came for him to act like a husband, he was gone.

Scenario two: You wait for years for him to actually decide to marry you, and he still doesn’t. He gets all the benefits of a wife without marrying you, so there’s nothing motivating him to actually do it. 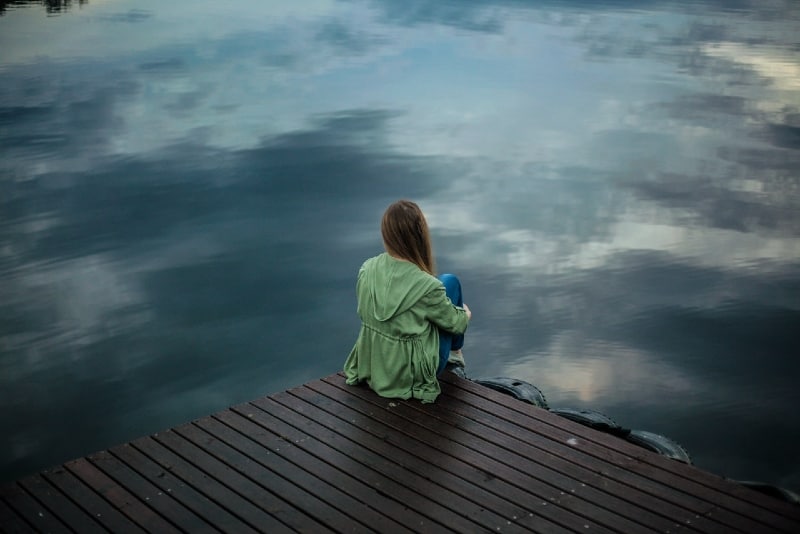 After many years of living as a pretend wife, you go through a divorce-like break up without ever actually being married.

If a man wants you to be his wife, he has to earn it.

Don’t devote yourself completely to a man who still hasn’t shown he’s willing to commit to you.

You’re impatient to give him everything you have, to make him feel like a king, and to be his queen. By the time you realize he’s a million miles away from that kind of perspective, you’ll be long hurt.

Hold on. You have so much to give, but keep it for now. The time will come when a man will prove himself worthy of your devotion.

Don’t give him the benefits of marriage if he doesn’t give you the commitment and responsibility of one.

Always remember that acting like a wife to your boyfriend doesn’t guarantee that he’ll eventually marry you. 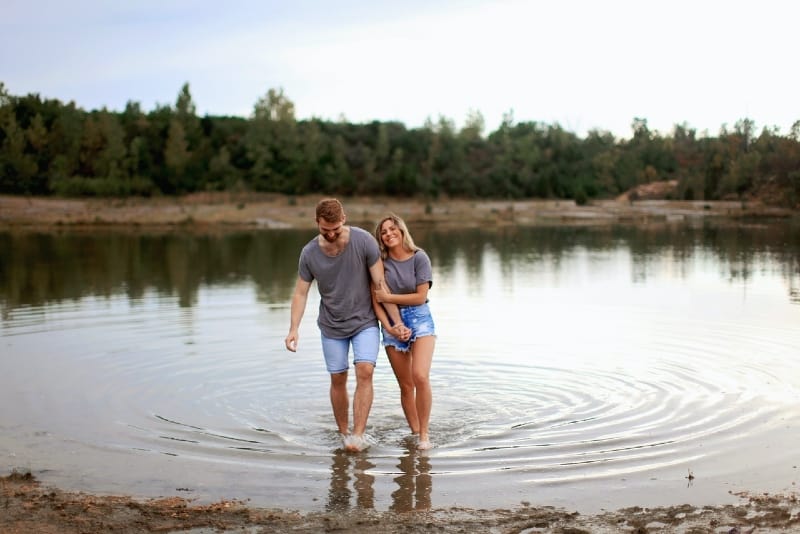 It only guarantees that there’s a huge chance you’ll be left broken and disappointed in love and men.

Use your time to be a girlfriend. Get to know him better. Have fun.

Don’t dive headlong into tracking his appointments, cleaning his home, and cooking his meals.

Don’t make him your absolute priority in life, putting him before your family, friends, job, education. Make sure he proves he’s worthy of making huge compromises.

Value yourself and your own time. Value your own life. Putting expectations on him and on your relationship that are too high or even irrational is actually the quickest way for it to fail.

Being like a wife to your boyfriend is not the way towards a successful marriage but it can be the way to the relationship’s total failure.

Appreciate and love your boyfriend but always keep him wondering and hoping. Let him look forward to marrying you.

Don’t push him towards taking you for granted – know your worth and make sure he knows it too. 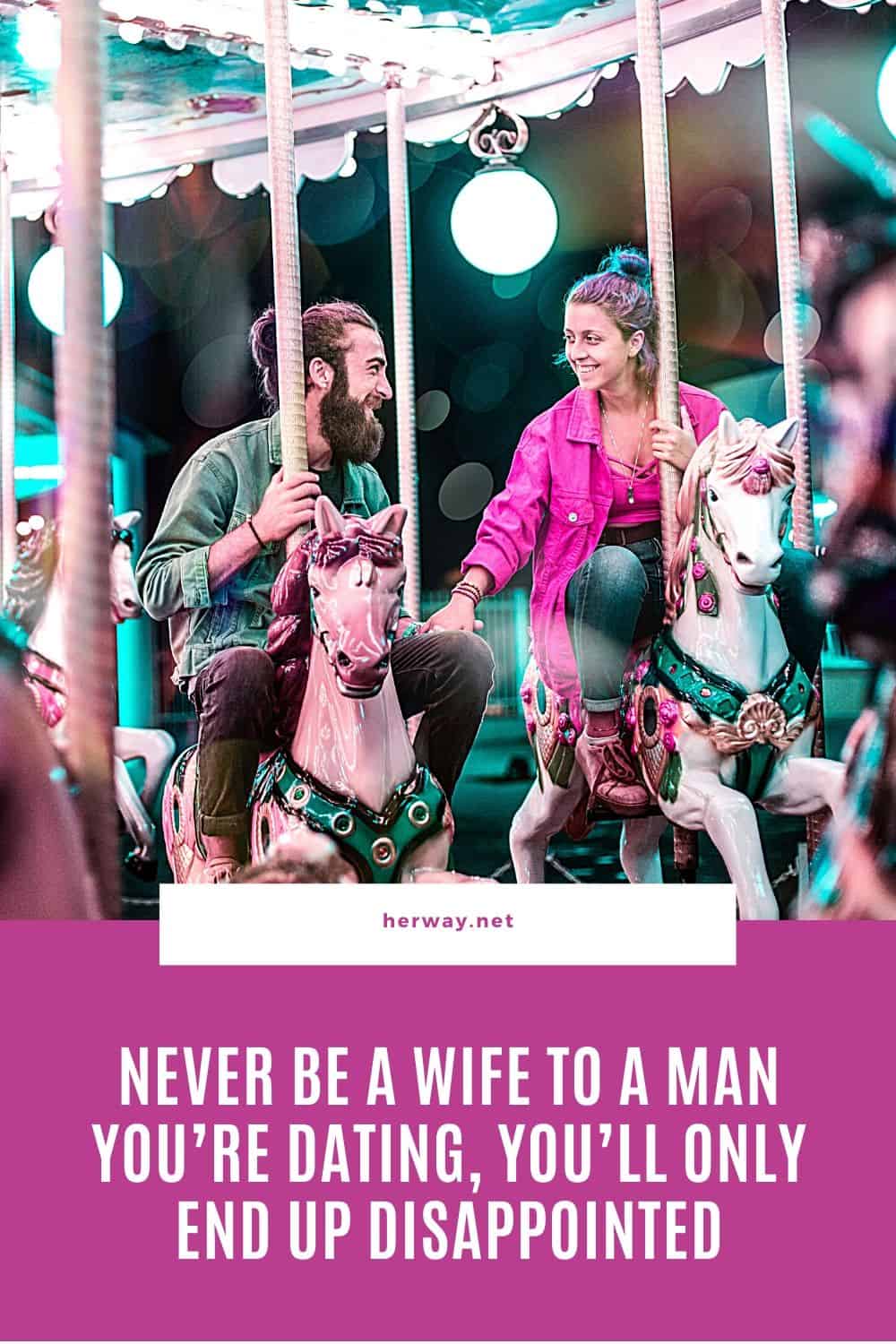