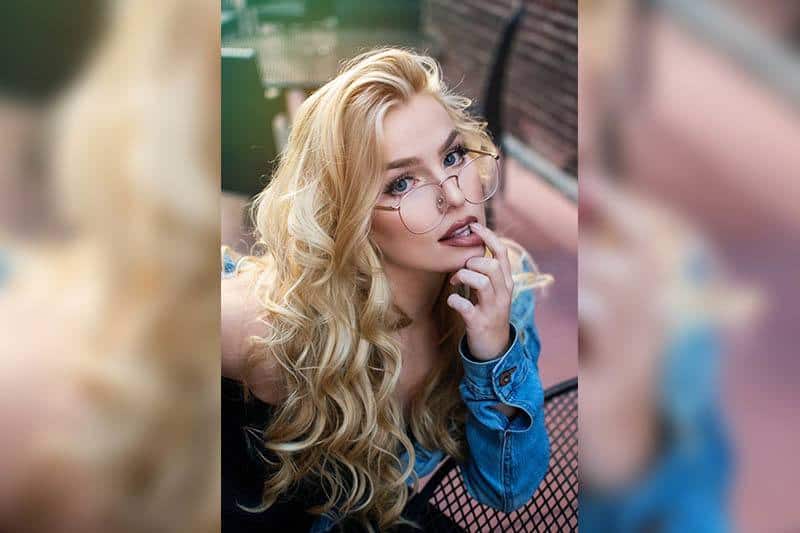 If you’ve been wondering about the magical ingredient that turns guys on, you’re at the right place. So, let’s start! The first questions that have come to your mind are probably: What turns guys on? What should I do or what should I say in order to trigger the desired reaction?

And the answer is everything and nothing. Now, let me explain what this means. Everything includes all of the little things along with the big ones. Little things include smiling at him, winking, poking him, flirting with him, giving him a compliment, lightly touching him etc.

And you need to understand that these little things usually have stronger impact than bigger things, like sending him pictures of you in a provocative outfit, sexting, talking dirty to him and so on.

Nothing includes basically doing nothing physically but at the same time doing. Doing nothing is all about being subtle, building anticipation, disappearing and coming back again.

It is because guys function in the following way: The less you give them, the more they will be turned on and vice versa.

And let’s be honest, no one likes to be given everything on a plate. A full plate is not as interesting or inviting as something you cannot taste yet, but you’re craving for it. And that’s exactly what you need to do if you want to turn him on like a boss and make him go crazy for you.

You need to create mystery, give him everything bit by bit, and be sure that he will eat out of your hand in no time. You’ll invest minimal efforts, and as a result, he will not be able to control himself because the desire to be with you will be stronger than he’s ever experienced with anyone. And this is how you’ll do it. 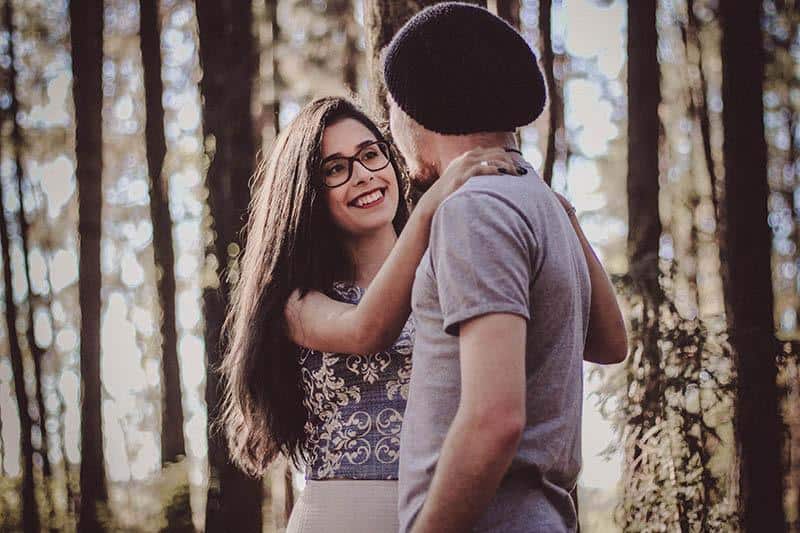 The first thing that you need to know is the golden rule of being subtle. Being subtle means doing everything with a little bit of mystery. For example, you can wear an outfit that is not provocative at all, but in his mind, you will look like a sex goddess.

It’s all about spicing things up with a little bit of lace, an unusual cut on a dress or similar. You can be naked underneath a blouse or a jacket, and it will take him a little time to notice it, but when he does, you have no idea what he will start imagine doing to you.

You can also give him subtle kisses and leave him to contemplate them. There’s nothing hotter than a subtle kiss on his neck, cheek or somewhere else because it will drive him crazy immediately, and he will want more of you.

Whatever you decide to do, always have in mind moderation. If you’re more about sending him pictures of you in provocative outfits, just don’t overdo it.

Don’t send him ten pictures of yourself just because you cannot choose the right one. If you do this, he will lose his interest instantly because he will see this as a desperate move of yours which is not sexy at all. It is always better to do less than more.

So, instead, send one picture, add a winking smiley emoji and voila. Half of your job is done here. He will be unable to think of anything else other than wanting to see you immediately to show you have crazy he is about you. 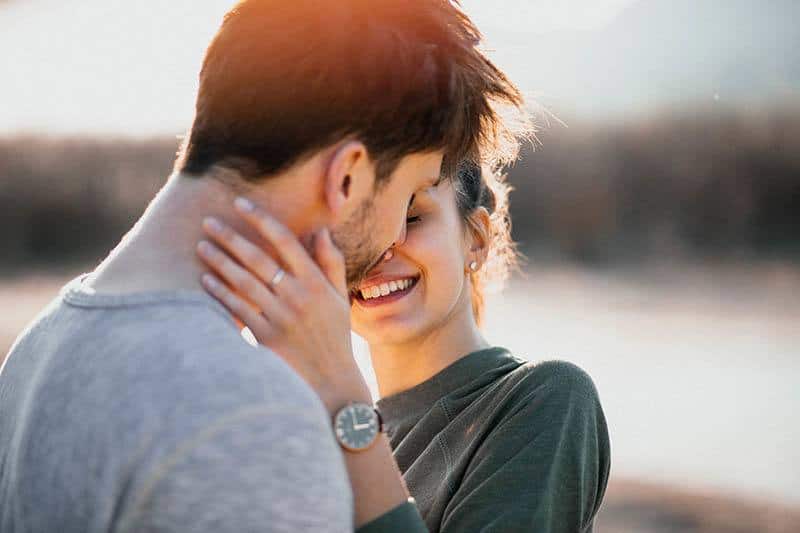 Guys are crazy about being surprised, and you can surprise him in almost every way possible . When you’re in public, you can touch him somewhere he wouldn’t expect it at all.
You can surprise him by walking partially naked around him while touching him accidentally. You can give him a massage when he least expects it and so on.

4. Confidence is the key

When it comes to turning on a guy you like, confidence is the key ingredient. And if you’re not that confident in yourself, you can always pretend. Being confident means not being afraid to make the first move, to initiate things and to know what you want.

If you keep sending him provocative pictures of yourself, and then when the time comes, you don’t want anything to do with him, you’re not being confident. You’re being confusing instead.
And that is far from playing hard to get because it will make him feel like you don’t really know what you’re doing or what you really want from him.

Always know your desires, what you would want to do with him, and be ready to show it to him. That is what turns guys on. If you tell him that you can’t wait to see him to do wild things to him, then do them. Be the one initiating sex, and be sure that it will turn him on like crazy because that’s what turns guys on.

Also, don’t be ashamed of showing your body to him. You will turn him on if you show him that you love yourself and you’re feeling comfortable in your skin. A woman who radiates confidence is a huge turn on. Always remind yourself of that. 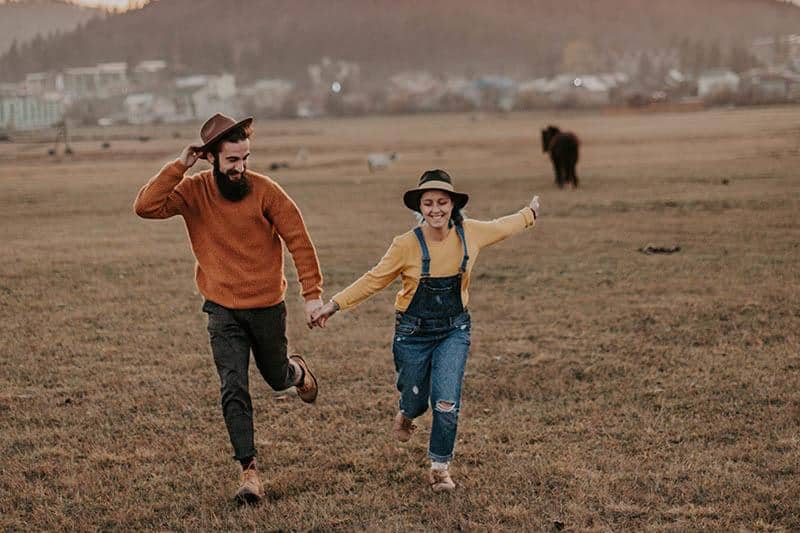 Being adventurous means being ready to try new things and being ready to initiate them. An adventurous woman is ten times sexier in the eye of a man. Having the courage to suggest new ideas in and out of your bedroom is a huge turn on for any guy.

Go wild. Pick an unusual destination for your next date, and he will be excited and turned on by your free-spirited nature. Act like you own the world, and you’re not afraid of anything or anyone, and he will notice it.

Being adventurous also means being who you really are and not being afraid to show your playful and mischievous side to him. Let your life be an adventure, and you will become one. And be sure that this will be a huge turn on for him.

What is anticipation? Anticipation is that mysterious feeling when you want more and more and you want it now but they are giving it to you bit by bit. Anticipation is crucial when it comes to turning a guy on. It is a powerful balance of giving, retreating and then giving more.

How to build anticipation? You can build an anticipation by showing him a little skin, touching yourself gently and teasing him all the time while doing this. It is all about being a tease and not giving him everything at the same time.

We often take anticipation for granted, thinking that guys will get immediately turned on if we simply undress ourselves and stand naked in front of them. No. This is not true because things don’t work that way.

A guy will get turned on if you show him what you have, but at the same time, letting him know that he will have to wait to discover everything you have to offer. And when you succeed in reaching that point, your guy will be utterly smitten and aroused by you.

He will become impatient, waiting for you to release him from his curiosity and arousal. And that’s when you’ve got him. At that point, you can do whatever you want with him. He will simply obey your commands and enjoy every single moment of it. 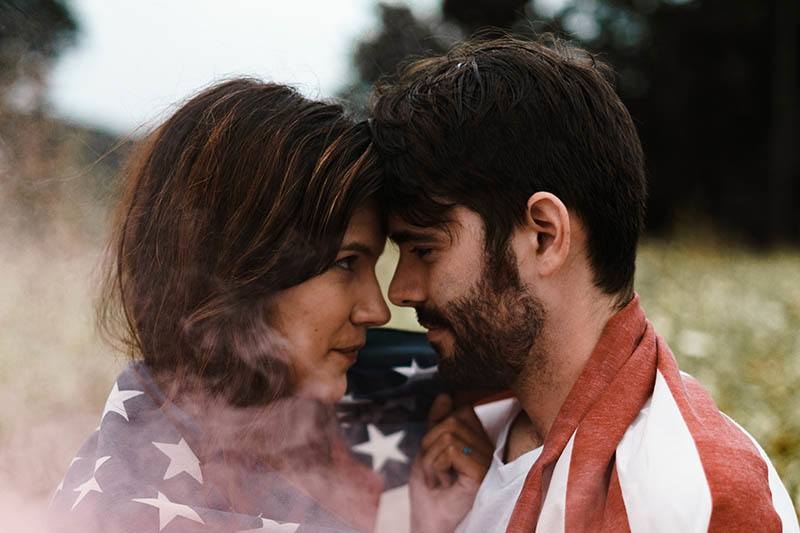 When it comes to turning guys on, we often forget the power of eye contact. It’s the easiest way to let him know how much you want him and to show your confidence.

Eye contact is always linked with people who are confident in themselves, and that is why it is one of the crucial ingredients when it comes to turning him on as well.

Make eye contact when you’re talking to him. Come closer, keep making eye contact and he will start feeling like some unknown force is luring him to start kissing you (and you know the rest).

So, believe me, eye contact is a powerful weapon that you have in your possession, and don’t forget to use it. Whatever you do with him, spice it up with prolonged eye contact, and he will fall on his knees for you.

Yes, it’s that powerful, and if you keep being persistent, I guarantee you that he will not only get turned on, he will also lose his mind for you.

If you didn’t know the power of the color red, now is the time to discover it. Studies have shown that men are turned on by the color red because it increases blood pressure and pulse rate. It is directly linked with passion, and passion is an ultimate, number one turn on.

You can wear red lipstick, a red dress or any other piece of clothing or accessory that is the color red. When your guy sees you wearing red, his blood pressure and pulse rate will increase which means you will make him crave you even more.

This is one of the easiest ways to turn on any guy you want, and if you add to it a little bit of adventure and anticipation, congratulations! You’ve just hit the jackpot (or he’s just won the lottery).

You can also take a picture of yourself wearing red lingerie or something else sexy, and he will be unable to stop looking at the picture until he sees you with his own eyes wearing that thing.

Red is the new naughty. It can trigger him to go crazy within seconds without you doing anything except for wearing it.

When you’re saying goodbye to each other, kiss him passionately for a while, and then just leave. He will be confused at first, but he will also be turned on like crazy. Going home after this will be simply mission impossible for him.

Use every situation wisely, and always think forward if you want to turn him on indirectly. There’s nothing more powerful than kissing him passionately and luring him to believe that he will get everything now, and then BOOM.

He realizes that you’re gone and that he has a huge turn on for you. This is especially good if you want to leave him turned on for a long time until he sees you again.

You have create this mini-passionate session, and then leave like nothing’s happened. Once you master it, you will become his goddess, and he will never want to leave. 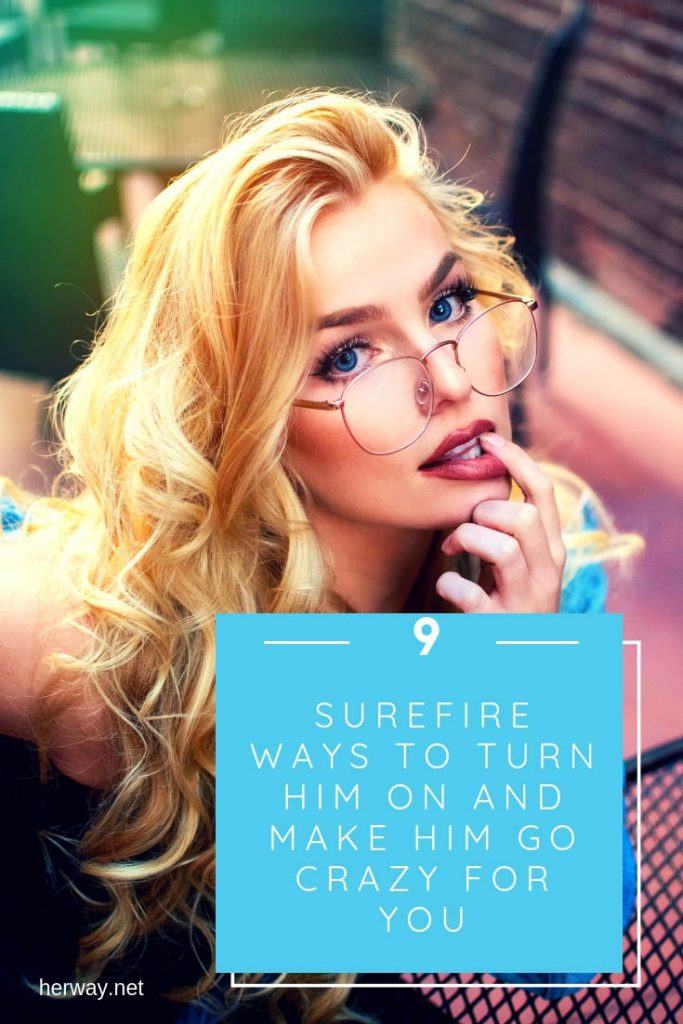