For The Guy Who Comes After Her Heartbreak 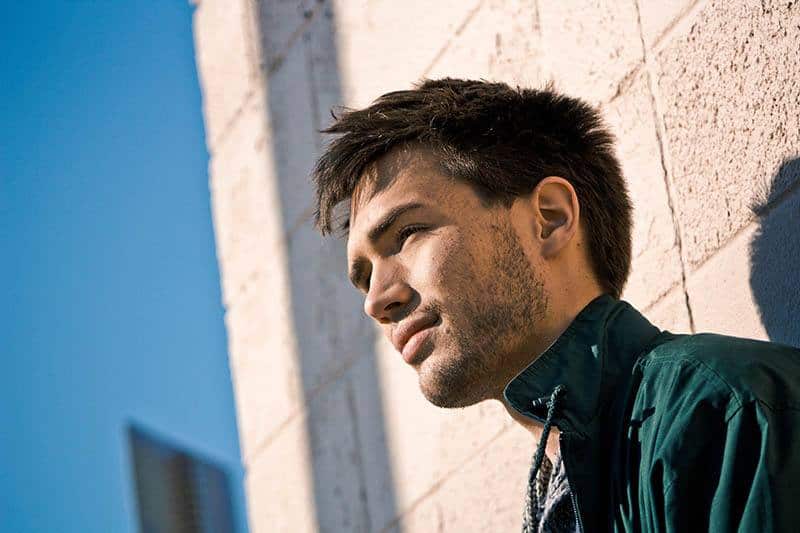 She caught your eye—probably because of the fiery glow she gives off when she smiles now that she’s learning how to be happy again.

She has a mystery about her that you just can’t seem to put your finger on.

It’s not that she doesn’t want to let you in, it’s just that she’s just worked so hard to get where she is now that she is very selective of who she will let enter her life. Should you find yourself being that person she allows to scratch through the layers, please read this.

She has been broken down to nothing by someone who promised her the world. She was told she was loved but treated like she was anything but. 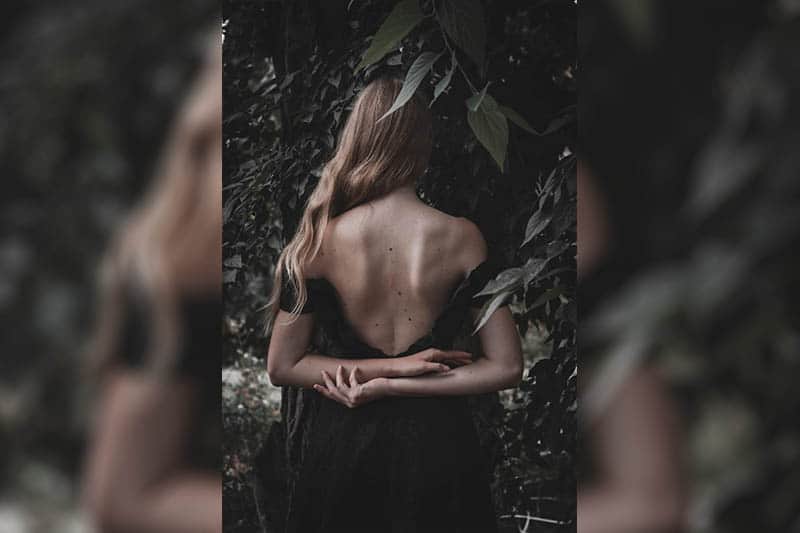 She has never had anyone tell her something and actually mean it, so you can see why she is so guarded.

Love has been nothing but a confusing, heartbreaking experience for her, so it scares the hell out of her now.

She has pulled herself up off the floor covered in black tears with a wine hangover too many times before, so that now, she tends to want to run from anyone who comes remotely close to making her feel ANYTHING.

It’s not that she’s incapable of loving someone, in fact, it’s just the opposite.

She still has so much love to give to the right person despite all the wrong ones who have drained her so much that she forgot to love herself in the midst of loving them. 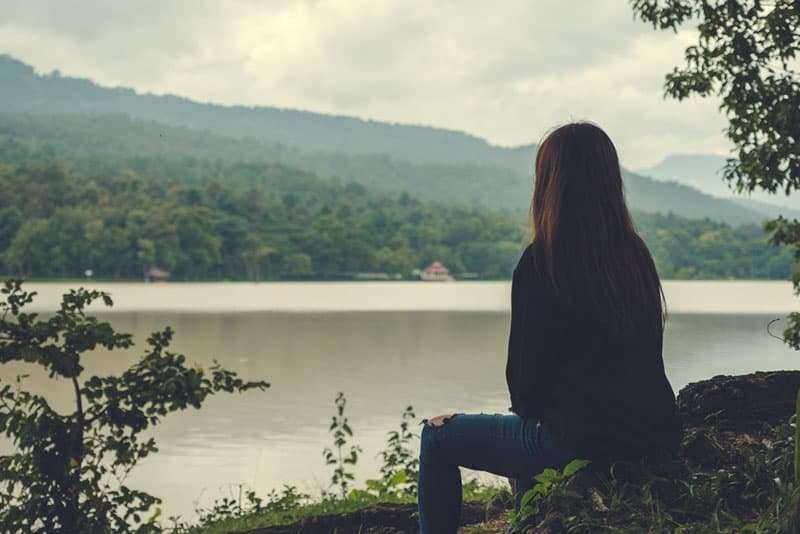 She loves so damn hard, and you will come to realize this is the best and worst thing about her.

If when you look at her, you don’t see the fire in her soul and the flames that dance in her eyes as she laughs… please do not stay. Don’t lead her on for even a second.

She has done her best to get where she is now, so please do not do anything to jeopardize her healing heart.

She may smile and laugh and seem like she is the strongest woman you know, but she is still very fragile regardless whether you can or can’t see the bruises she still bears underneath.

Loving her will be challenging at times, but I promise it will be the most amazing and rewarding thing you’ll come to know, aside from the love that she has to offer you.

You’ll have to be patient as she learns to trust again. She’s going to apologize a lot for things she didn’t do.

She’s going to think you’re mad for no reason. She’s going to carry around the doubt and fear that you are ready to walk out at any given moment because this is all she’s ever known.

She may not call or text like she wants to because she feels like she’s bothering you, but she is waiting to see if she means enough to you for you to send her something, letting her know you’re thinking of her like she’s thinking of you.

She will get a sinking feeling in her stomach when your phone goes off around her at night or if you don’t answer it when it does, even if she doesn’t say a word about it.

She’ll think the worst when you don’t answer her calls or texts right away. When you’re not around, she’ll start playing out scenarios in her head of what you’re doing and why she isn’t good enough.

When she kisses you before you leave like it’s the last time she will ever see you, please know that she does this because she knows it could be.

She may have this look in her eyes when you tell her goodbye like she doesn’t want to say it and it’s because she is wondering if it’s for good this time.

She will always love you like there is no tomorrow because if there is anything she has learned, it’s how much time is really borrowed.

She’s not crazy, but she may get jealous at times. You need to be willing to understand why.

If you’re not ready to make her feel like a priority, then you don’t deserve to be in her life at all. She will no longer be someone’s convenience.

The self love she possesses these days is worth her walking away from anyone who doesn’t realize that. Don’t make the mistake of letting her walk away.

You might have to remind her sometimes that she’s the only one you want, but don’t just tell her… show her.

She needs more than words to feel the truth in anything because of all the empty promises she’s been told.

Her fears are not irrational because she is only basing it on what she has been used to for so long. Be the man that changes that for her.

I can promise you that anything you tell her, she won’t believe until she sees it happen.

Please don’t feel like she is punishing you for the mistakes of those who came before you. She just doesn’t want to be disappointed again.

She’s just trying to protect her heart because no one else ever has.

I’m not trying to scare you off or trying to give you reasons not to stay, I just want you to know that this is not a game for her—she is done letting people waste her time.

So I am just trying to weed out the weak ones. You need to be able to handle the heat of a wildfire if you want your world lit up.

She will be the most faithful, loving, loyal woman you’ll ever have by your side, but you have to be willing to work for it.

Fight for her every day even after you feel like you have her and she will do the same for you. She just wants to be loved like she loves.

She wants to know that she is worth it to someone, that she isn’t easy to walk away from and that the thought of leaving wouldn’t even be an option.

If you are lucky enough to be loved by her, it will be a love that is unwavering, unquestionable and so fulfilling that you’ll wonder if anyone else ever really loved you before.

So why should she settle for anything less than that for herself? She shouldn’t.

Do you realize that despite what this girl has gone through, the pain that she has felt, the people who have made her question her worth, she still chooses to put her heart on the line for a chance to feel like she isn’t the only one who loves her.

She knows she’s taking a risk. She knows the outcome may not end well for her once again, but she doesn’t give up!

If that doesn’t make you feel honored to know such a resilient being, then you are not the man for her.

If her presence alone does not make you feel something, then please do not let her get attached to you because when she falls, and she will… she goes all in.

So if you don’t plan on being the one to catch her, then don’t stand there and watch as her foot leaves the ledge.

She will love you long before she ever musters up the nerve to say the words, but you will know she does in all the ways she shows you. Are you willing to pay attention to them?

She’s telling you everything you need to know without saying anything. She’s just so damn tired of giving herself to someone who doesn’t appreciate it, so she tries her hardest to hold back in fear of being made a fool.

So if you are given the opportunity to be the guy who comes after her heartbreak, after she has put herself back together…. Please do not fail her.

Be the one who chases away the demons from her past, not another haunting memory she will have to overcome. Be her saving grace and show her that she is not waging it all on a war she will never win. Just please, please… don’t be like the rest of them. 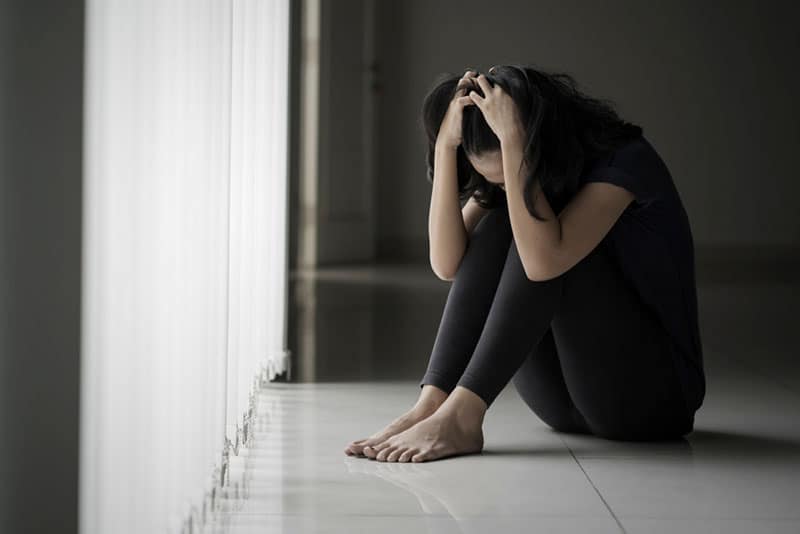