Stop Making Excuses For The Man Who Treats You Like Shit 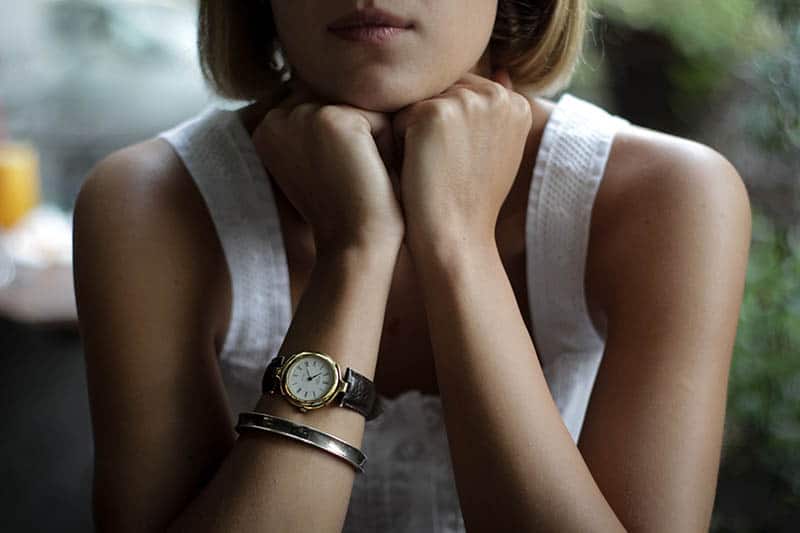 Even if we are miles away and even if you don’t know me, we are so close and united in our pain.

I know how you feel every single day. I know that you are the one who wants this relationship to work out but darling, you can’t be the only one trying.

Sooner or later you will be fed up with all his stupid excuses and his reasons why he doesn’t give you the love you need. I know that because I have been there.

Just like you, I was once in love with a man who didn’t give a damn about me. And I was the one who was trying so hard for us to make it . 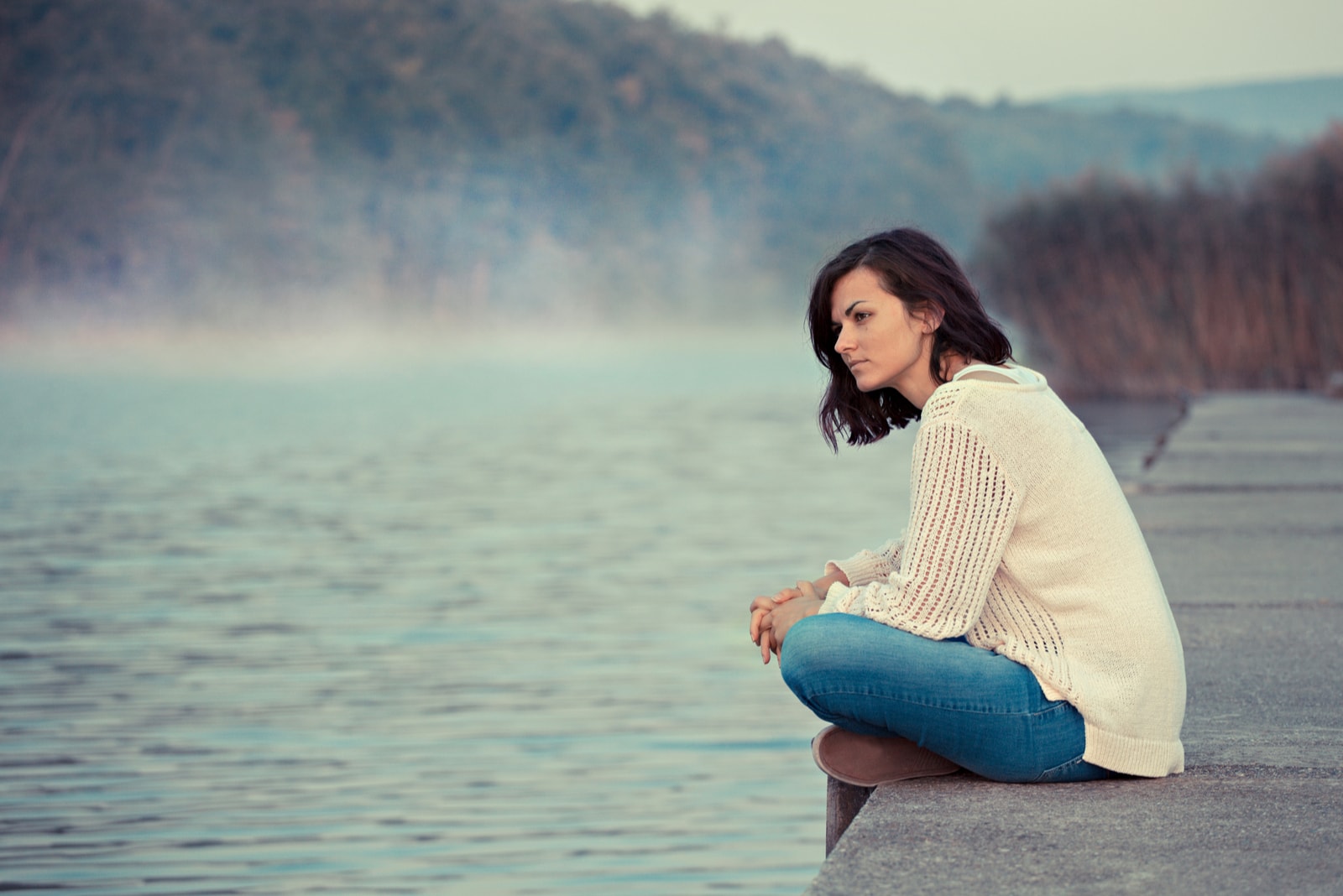 I was the girl who was so easy to love—the one who deserved everything but in the end, got nothing. And that fact broke my heart. It took me so much time to recover and to pick myself up again. 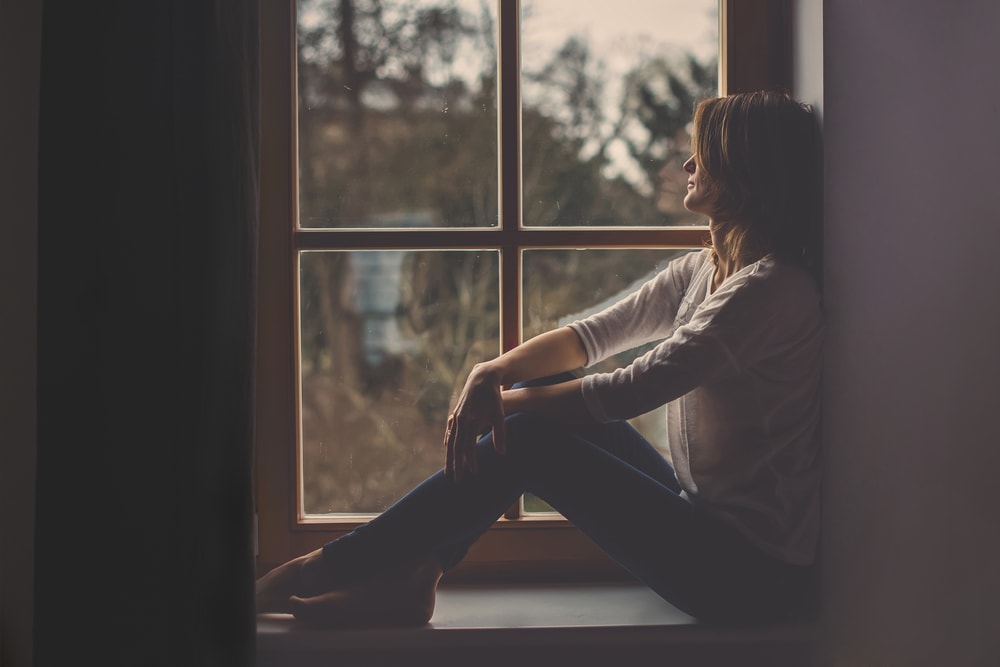 It was a long process and I had to go through it all alone while he was seeking another victim. I couldn’t believe that someone who swore his love to me could do that to me.

I couldn’t believe that he treated me like shit all the time and I just thought that it was just a phase and that he would change. 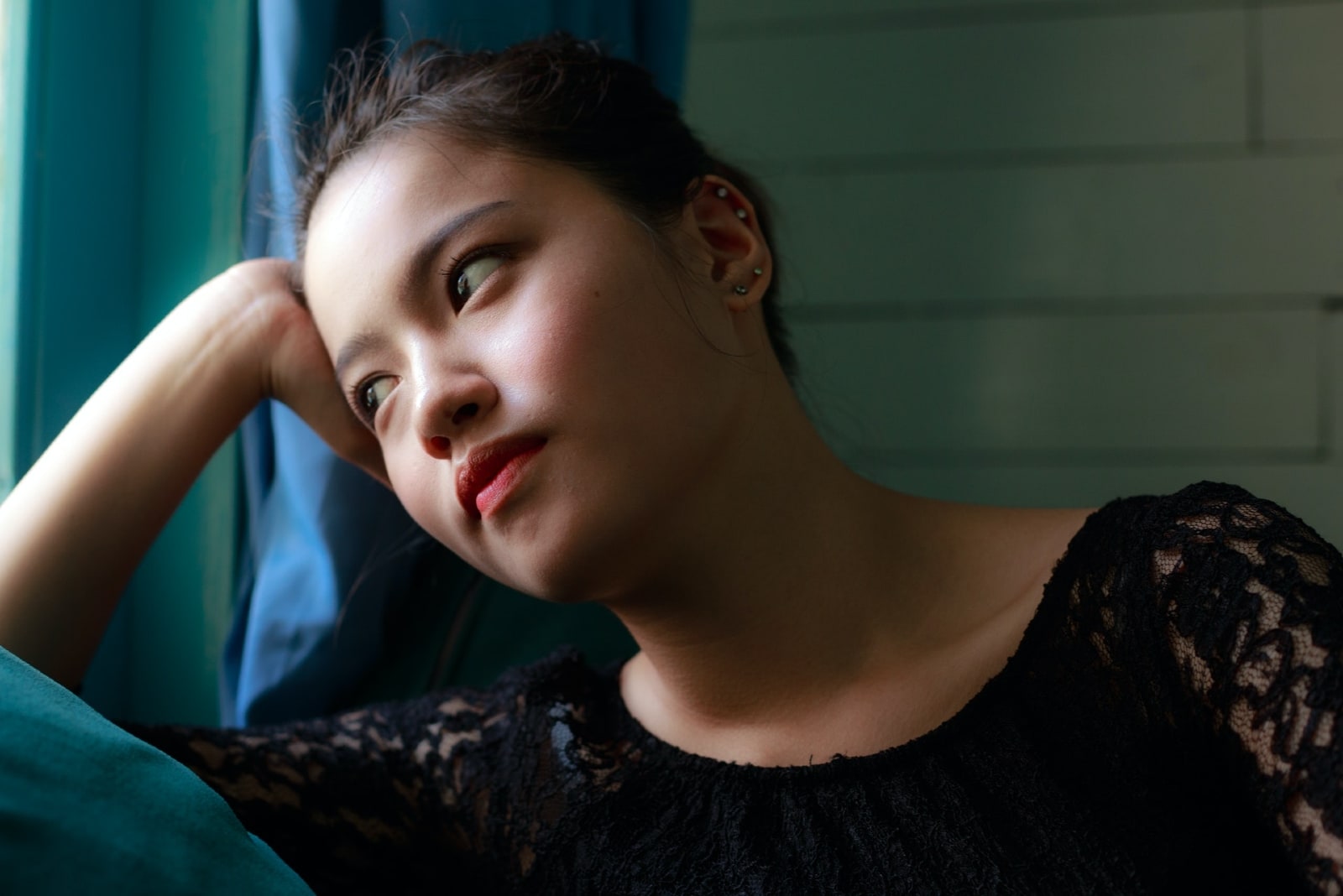 He could see that from the way I looked at him when we were alone. He could feel that by the way I touched his body when he was sleeping.

But even if he knew all of those things, he never gave me what I craved so much. He was just a man who made me learn a life lesson in a tough way.

He was a man who beat me to emotional death, leaving nothing for others who were about to come into my life. With him, I was totally drained, without any feeling of happiness inside that I had before.

With him, I lost myself because I was so preoccupied with the things that he wanted me to do . 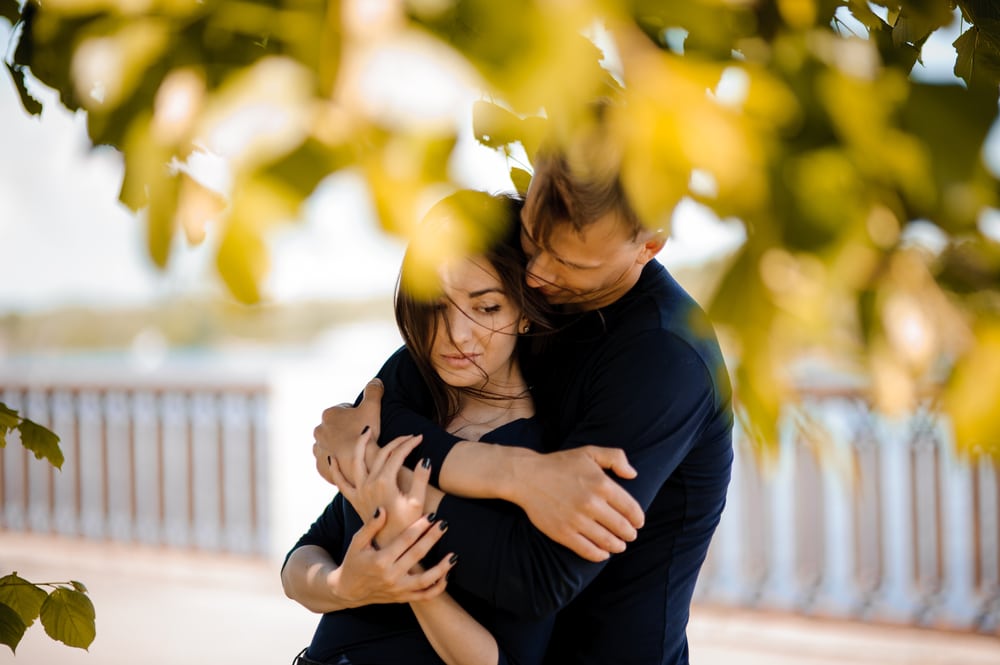 With him, I became comfortably numb and somewhere along the road, I learned to live that way. But then one day, I saw myself in the mirror and I was shocked by the reflection in it.

I couldn’t even recognize myself anymore. I looked like a ghost wearing a tracksuit two sizes larger, with greasy hair and dark rings under my eyes.

My lips were pale just like my skin and my eyes barely opened. There wasn’t that sparkle in my eyes anymore and there wasn’t a smile on my lips. I was just a shell of the girl I once was and I didn’t like anything about that.

That was my wake-up call and I knew that I had to do something with my life. So, I left him, even if that was tearing my heart.

I had to leave him because there was nothing else to hold onto. And even if it was the worst moment of my life, I will never regret it because that day I saved myself from him.

So, now while I am telling my story to you, I know that you are going through all the same shit I have been through and I don’t want you to mess up your life as I did with mine. 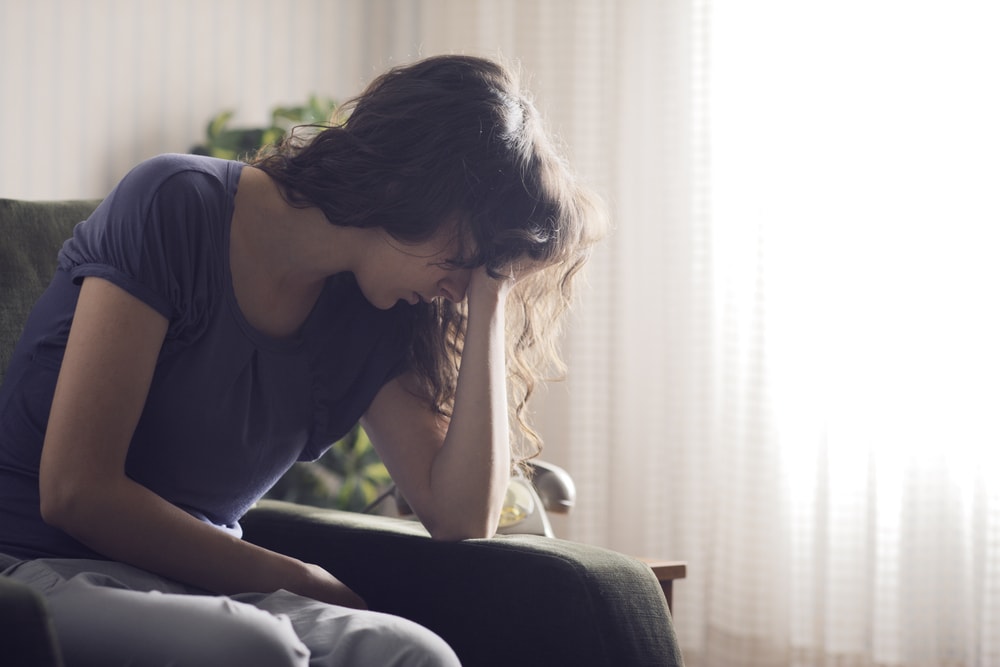 I want you to be smarter and to not let him treat you like shit. I want you to stand up for yourself and to fight against anyone who doesn’t give you what you deserve. Trust me, baby, you deserve so much more than he can give you .

I know that you think that you love him now but after you realize all that he did to you and when you count all those times when you got over the shit he did to you, you will see that in the end he is not worth the wait anymore.

He made zero effort to make you stay and he would probably be happier if you left him so he can move on to another victim.

He will only stop when he stumbles upon the one who will not love him enough to show him what kind of an asshole he is.

So, please, if you care about yourself and if you want to have a good life, stop making excuses for him and just walk away.

By saying all those nice things about him you are just lying to yourself and the more you do that the more you will believe in it. So stop in time and leave that toxic man because he doesn’t deserve you.

Don’t you see that you are way better than him and that he will never give you the amount of love you need? 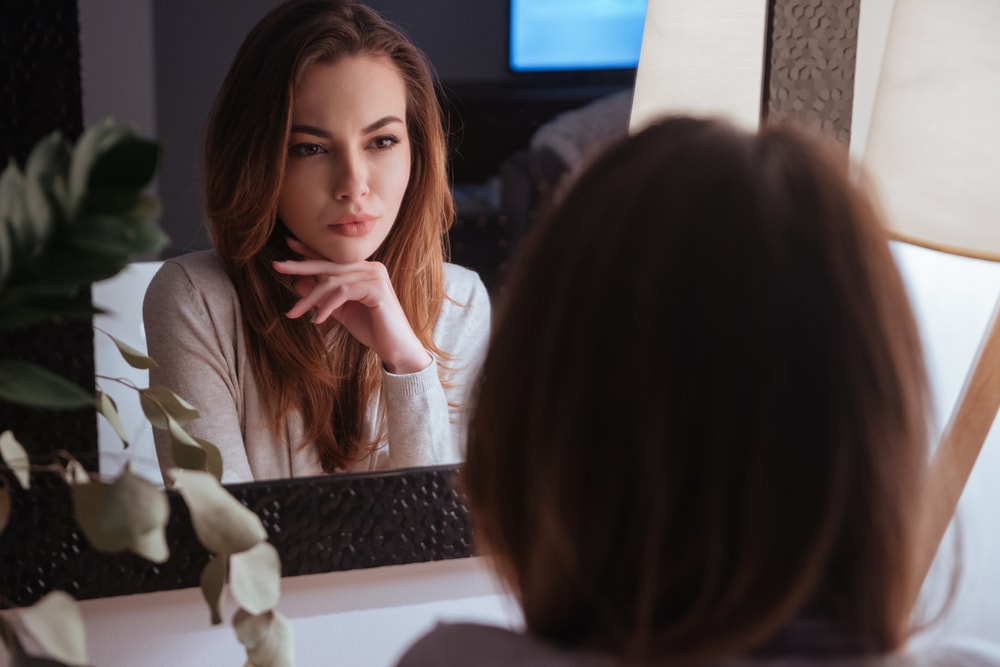 Can’t you see that if you stay with him, he will just use you and then dump you like you were never a part of his life?

Trust me, I know that hurts badly. I know that because I have been there and I don’t want you to go through the same pain I once experienced.

I want you to know that you will never find the right one unless you let go of the wrong one. Be strong enough to make this decision now to prevent yourself from tears later.

You just need someone who will accept you completely! 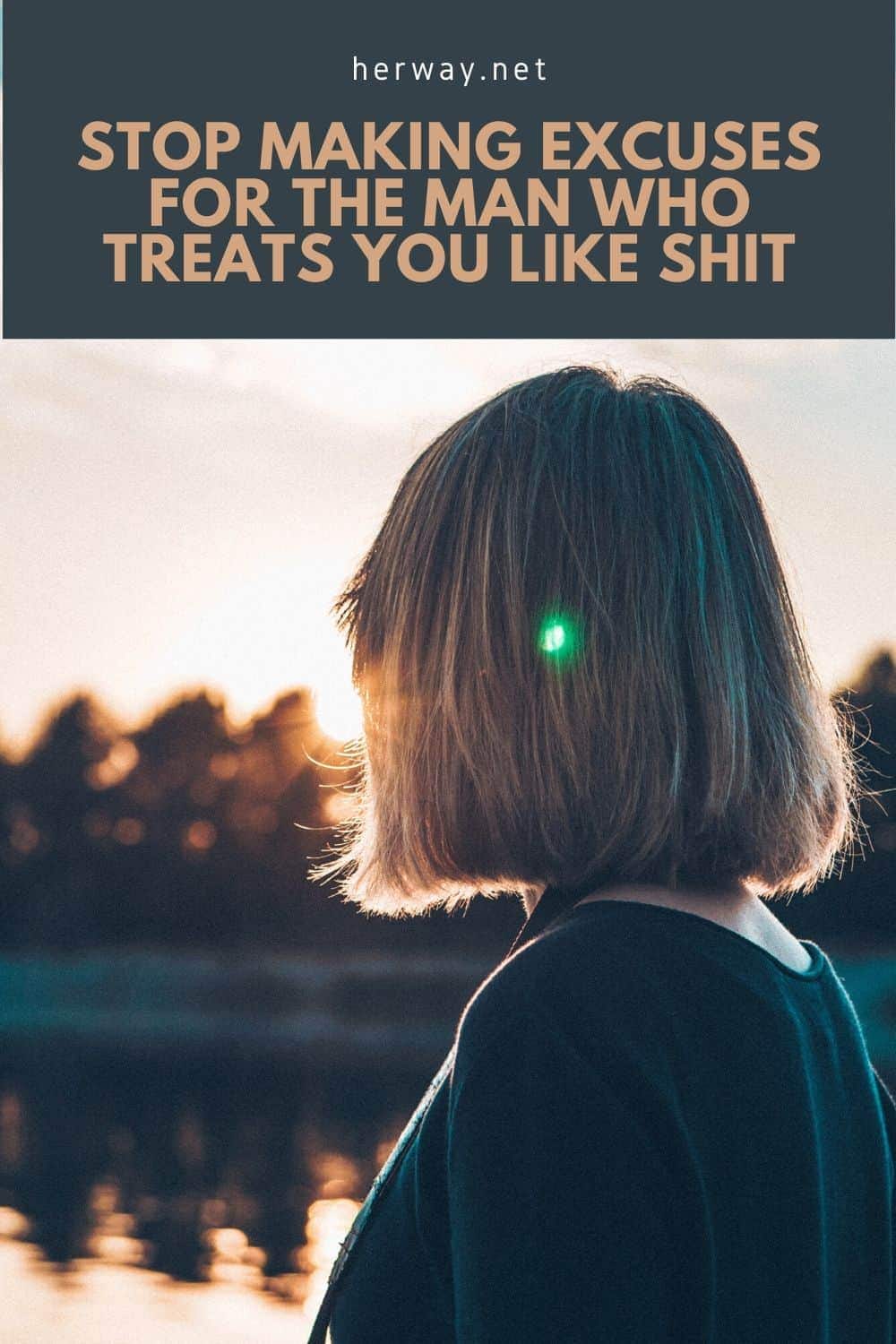 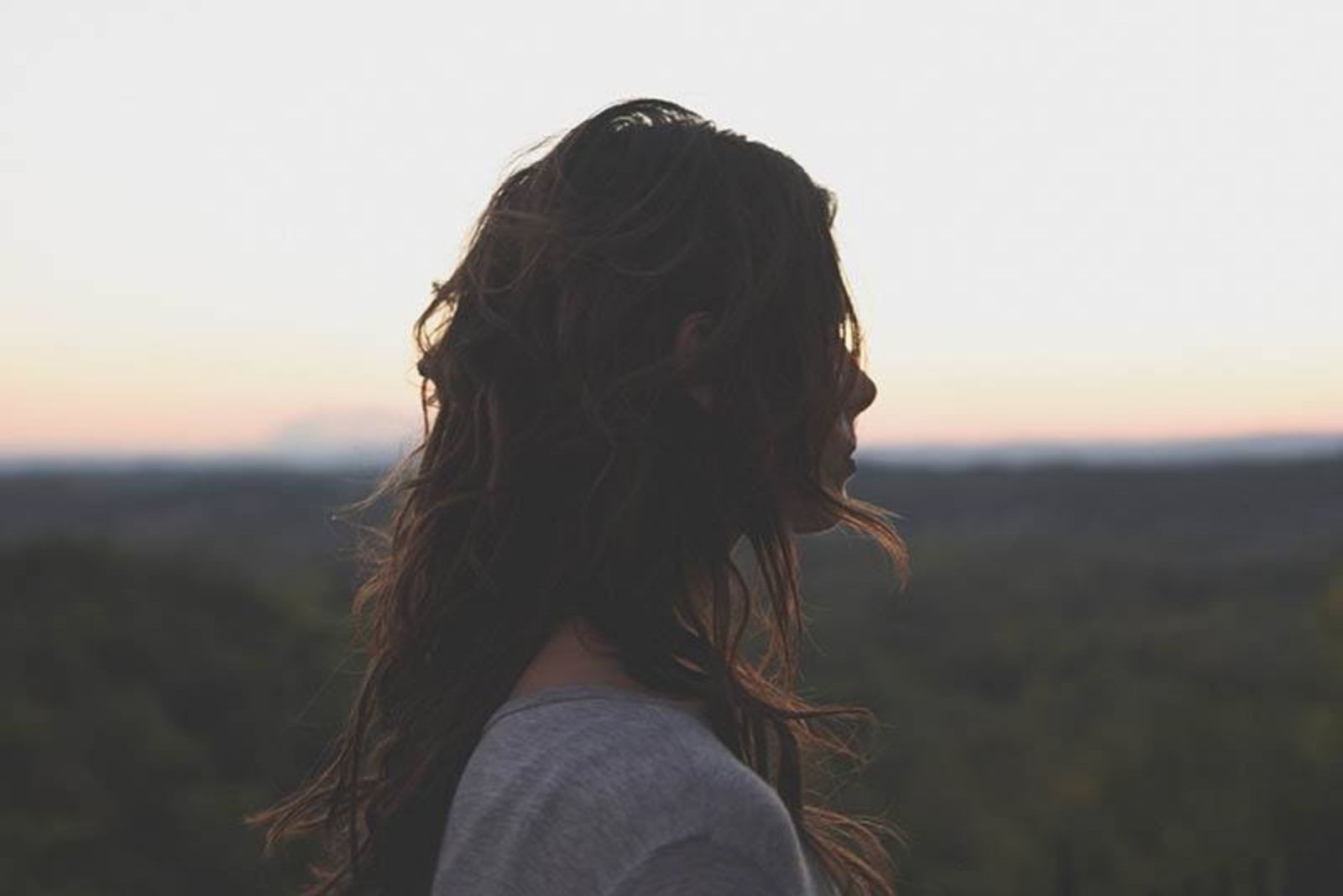