She never imagined that she could forgive you for all the tears she cried for you. For the way you treated her or for the way you made her feel.

But here she is, doing exactly that. Yes, that’s right—you’ve heard it well. This is her forgiving you.

After you left this girl behind, you also left all of your negativity behind. It was like you transferred all of your toxicity and pessimism onto her.

After you left, anger and resentment started to consume her completely. She was pissed and furious at you for everything you’d done.

All that she could think about were the ways to get sweet revenge on you because she thought that this was the only way for her to get her peace back.

She wanted to get back at you and she wanted for you to feel the way she felt because she thought that was the only way she could heal her broken heart and her broken ego.

She realized that she had become everything she swore she’d never be. Her hatred and anger made her become a bitter, negative and toxic person. Her negative emotions caged her and didn’t let her be free.

She realized that she was actually holding on to you as long as she was holding grudges. And that is why she finally let you go, together with all the bitterness and pessimism you’d left behind.

She decided it was time for her to forgive you because you didn’t deserve to still have an impact on her. You weren’t that important for her to dedicate her time or energy to hating you. 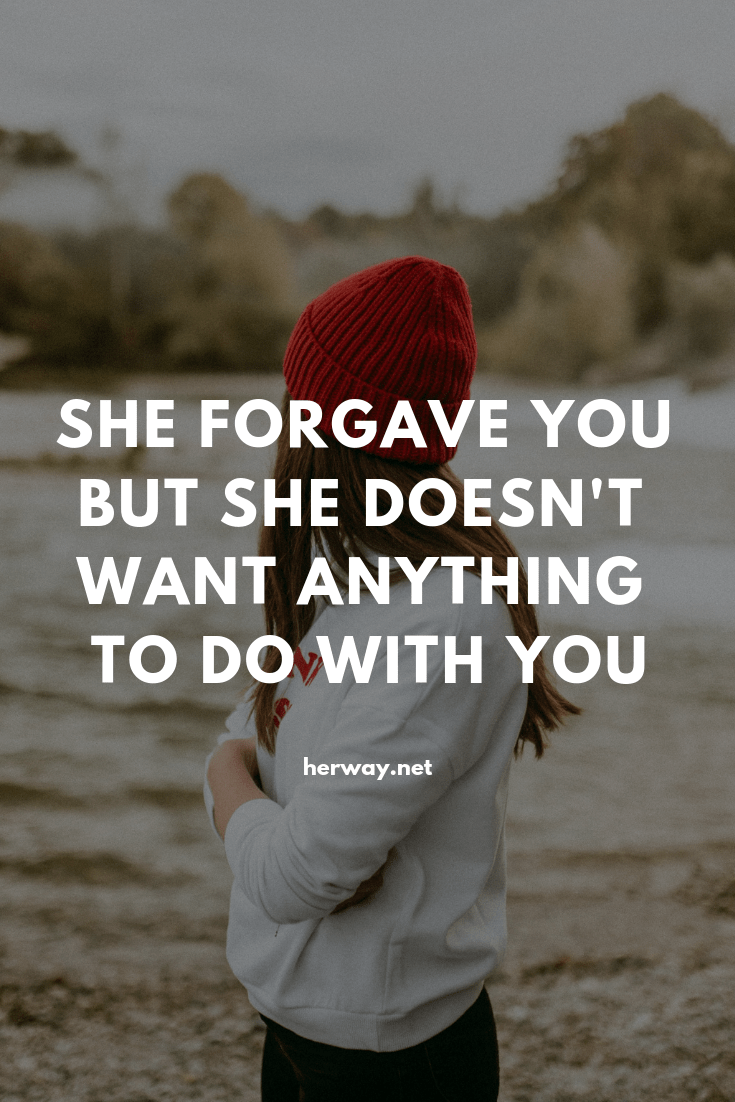 She forgave you because she finally accepted everything that had gone on. She accepted that there was nothing she could ever do to make you different and that things simply had to be the way they were.

But that doesn’t mean that her forgiveness is an invitation back into her life. Because it is anything but that.

Yes, she forgave you but she still doesn’t want anything to do with you.

The truth is that she forgave you but she definitely didn’t forget about everything you did to her. By forgiving you, she is letting go of you but it doesn’t mean that she is approving your actions or sending you the message that you didn’t do anything wrong.

It doesn’t mean that she hasn’t learned her lesson and it definitely doesn’t mean she is ready to repeat her mistakes.

She is giving herself a chance for a fresh start and for a future without you in it.

[…] be surprised when she leaves. Don’t be surprised she doesn’t need you because you never made an effort to keep […]