All the emotions we thought were dead and buried come rushing in the second an ex’s name lights up on our phone. We can’t stop them. We can’t handle them. They are too intense. They are overwhelming.

Our heart starts pounding, our hands start shaking, and we don’t know how to behave. It’s like our ex is standing right in front of us, and we have to react in the best possible way. Yet we are frozen at this point, unable to make a single move.

The second we gather up the courage to open his message is the second we realize that we are going to need a million times more courage not to fall under his toxic spell again.

You see, whether we would like to admit it or not, no matter what our ex has put us through, the second he wants to come back into our life, we think only about the good parts and pretend like the bad ones didn’t happen.

Of course, he misses you right now. How wouldn’t he? He has finally realized what he had all along and didn’t appreciate.

He had a good woman, willing to go above and beyond for him. A woman who was willing to give parts of herself to make him happy.

A loyal and trustworthy woman who only had eyes for him. A woman who knew how to love. A woman who was much more to him than he ever was to her.

Some people deserve a second chance, but he is not one of those people, and you know it well.

Even though your lonely days might blind your view and make you think that he might have changed, that things might be better the second time around, that’s just not going to happen.

People change that’s true, but if their essence is toxic, there is nothing that can be done. They will once again poison your life if you give them a chance.

Resist the urge to have him close. That’s not loving. That’s familiarity and habit mixed with bits of loneliness and the memories of amazing moments you once shared.

Don’t look at this as a sign to take him back, to let him into your life. You will only give him another chance to hurt you even more the second time around. Look at this as a test.

A test to see if you learned your lesson the first time around.

A test to see if you became conscious of your own worth.

A test to see if you are aware that your life is so much better without him in it.

A test to see if you know you deserve so much more than he could ever give.

A test to see if you know better than to fall for him again. 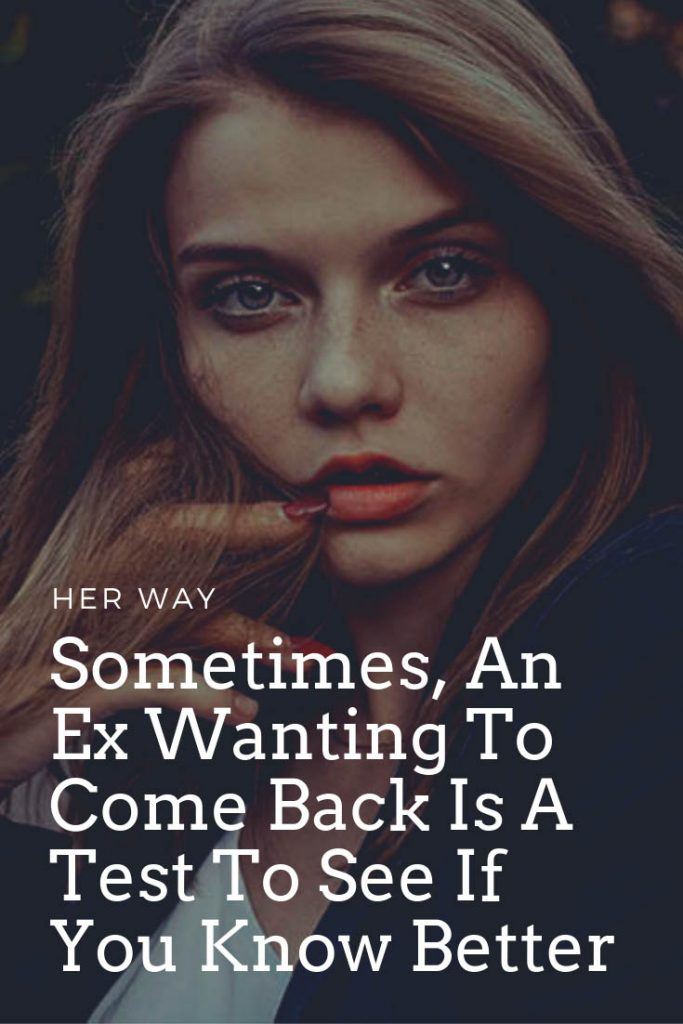