“It takes all sorts to make a world.”

The True Colors personality test was created by a man named Don Lowry in 1978.

The personality color green (definitely one of my favorite colors) represents the Thinker Personality style which, according to the MBTI (Myers-Briggs Type Indicator), subdivided into four personality types: INTJ, ENTJ, INTP, and ENTP.

The main ‘Green’ Personality traits are innovative thinking, an ability to see the big picture and thinking outside the box.

In a way, they are perfectionists who enjoy analytical thinking and right-brain challenging situations (just like cholerics – people with a Choleric Personality type).

These individuals are often described as extremely intelligent, big thinkers.

Their way of thinking and perceiving the things around them are what make them the biggest enigmas of all four of the True Colors personality types.

If you belong to the ‘Green’ special crew, then the following features (or some of them) will definitely resonate with you:

Contents show
1 People with the Green Personality type are creative
2 They are caring and loyal to the core
3 Redundancy is their biggest nightmare
4 They are independent, big thinkers
5 Green Personality types are good listeners
6 Learning and understanding new concepts are things they really enjoy
7 They ask lots of questions
8 “Get to the point,” is something they repeat often
9 Sarcastic comebacks are their thing
10 They are genuine

People with the Green Personality type are creative 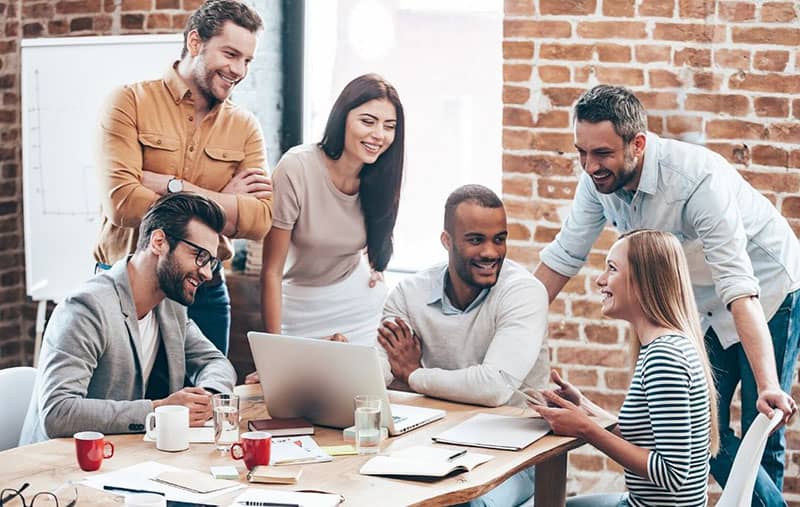 Thinking outside the box and the ability to see the big picture are interconnected with creativity.

People with this personality type are often the problem-solvers among their co-workers in their workplace and in every other situation.

Things that many people ignore or find boring are perceived differently by ‘Green’ people.

Their creativity and analytical thinking can be easily triggered by almost anything (be it a regular pencil or something else more complex).

Such individuals often have weird hobbies (according to regular people standards), which are the biggest source of their creativity.

Other people will seldom find ‘Green types’ just chilling and doing nothing in particular because these individuals are in the constant pursuit of new ideas and exciting concepts!

They are caring and loyal to the core 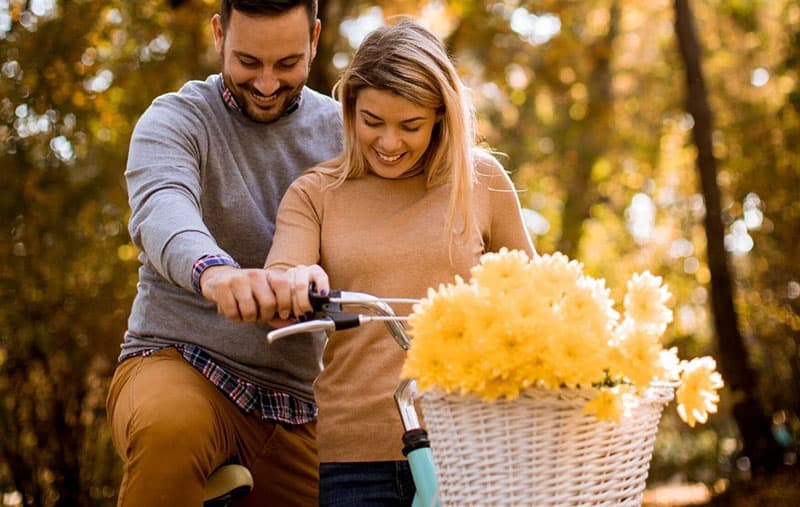 When it comes to personal relationships, these people make supportive and loyal partners. They care about all their relationships (family, friends and partners) equally.

Being in a relationship with a ‘Green’ person means that you will never have to worry that they will not reciprocate.

When they really like someone, they will respect that person and express their affection in the most creative ways.

Since they are innovative, big thinkers, they implement this feature into every aspect of their life (including their relationship).

In other words, there’s not a chance that their partner will feel bored or neglected in their company.

Both people with a Yellow Personality and a Green Personality see loyalty as their priority.

When they make a promise, they do everything in their power to deliver on it.

Making excuses is not their thing because they believe in effort, mutual respect and appreciation and they expect the same thing from their partner.

Redundancy is their biggest nightmare 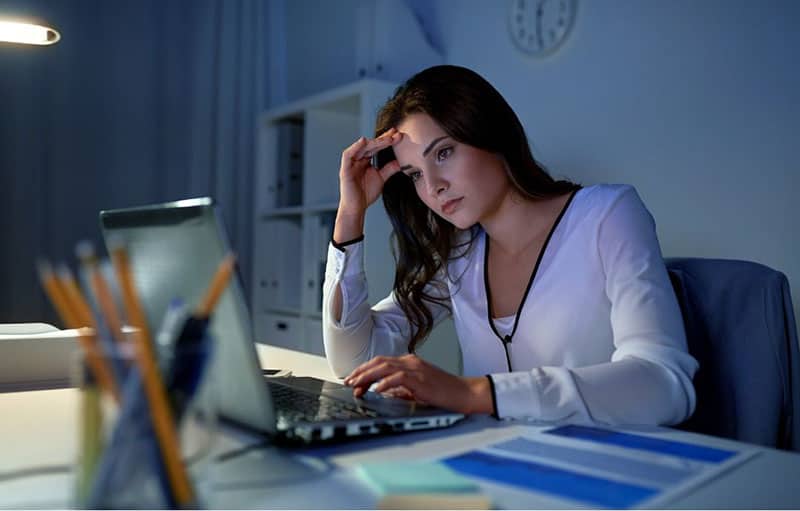 If there are two things that ‘Green’ people really hate, it is redundancy and repetitiveness.

Dealing with repetitive tasks is their biggest nightmare because their mind is constantly thirsty for new things and ideas.

They are also irritated by repeating the same conversations with others. In their mind, this is a waste of time and it will not enrich them in any way.

Exciting conversations and new ideas are the things they live for! This gives them the opportunity to upgrade their knowledge and learn some new concepts.

Diversity is their motto!

They usually don’t prefer hanging out with people who don’t bring any value into their life (be it from conversations, their point of view, personality or suchlike).

They prefer being surrounded by inspiring individuals who can teach them a lot of new things.

They are independent, big thinkers 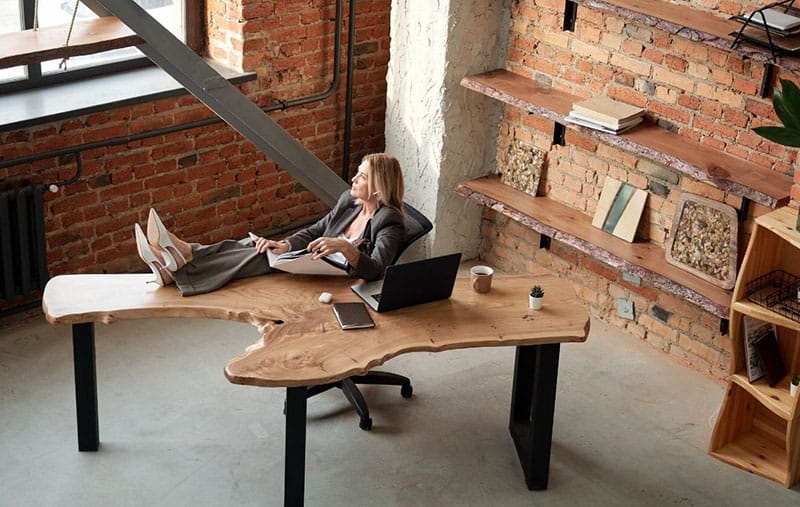 Since problem-solving and thinking outside the box is literally their hobby, ‘Green’ people are independent individuals who don’t solely rely on others.

Similarly to people with a Red Personality who are strong natural leaders, they like to take things into their own hands but they are also ready to seek help when needed.

When they have a goal, they make sure to roll up their sleeves and work hard to achieve it.

They don’t only focus on the final goal but they enjoy the process of achieving it more than anything in the world.

They are big thinkers who have the ability to perceive things and express their ideas in their own, unique way.

Also, material things don’t have special value in their life. Instead, they are solely driven and motivated by imagination, constant learning and creation.

In other words, they could never do anything only for money but for their personal satisfaction. 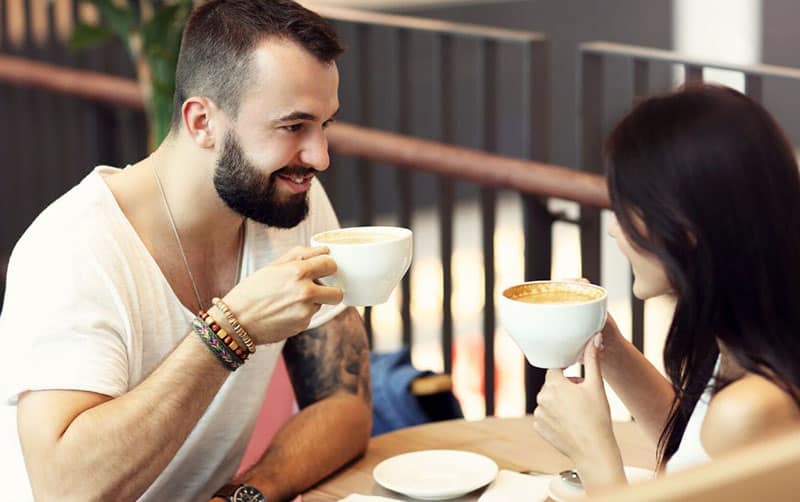 Oh, yes. Seldom will you find a ‘Green’ person being the only one talking in a conversation.

They are really good listeners because they are inspired to learn new things about people and their way of thinking.

Instead of judging, they accept new perspectives and ideas and because of that, people feel free to share anything with them.

‘Green’ people are not only focused on what they are going to say next, like the majority of people.

Instead, they are focused on finding solutions to their problems, understanding them and connecting the dots.

This makes them both good listeners and even better problem solvers.

‘Green’ people have an inborn special feature to make this a reality.

Now, many people classify them as introverts just because they are good listeners but they can be also extroverts or a combination of both.

In addition, Introversion and Extraversion are Carl Jung’s concepts (which you can find out more about).

See also: This Is What Each Myers-Briggs Personality Type Needs In A Relationship

Learning and understanding new concepts are things they really enjoy 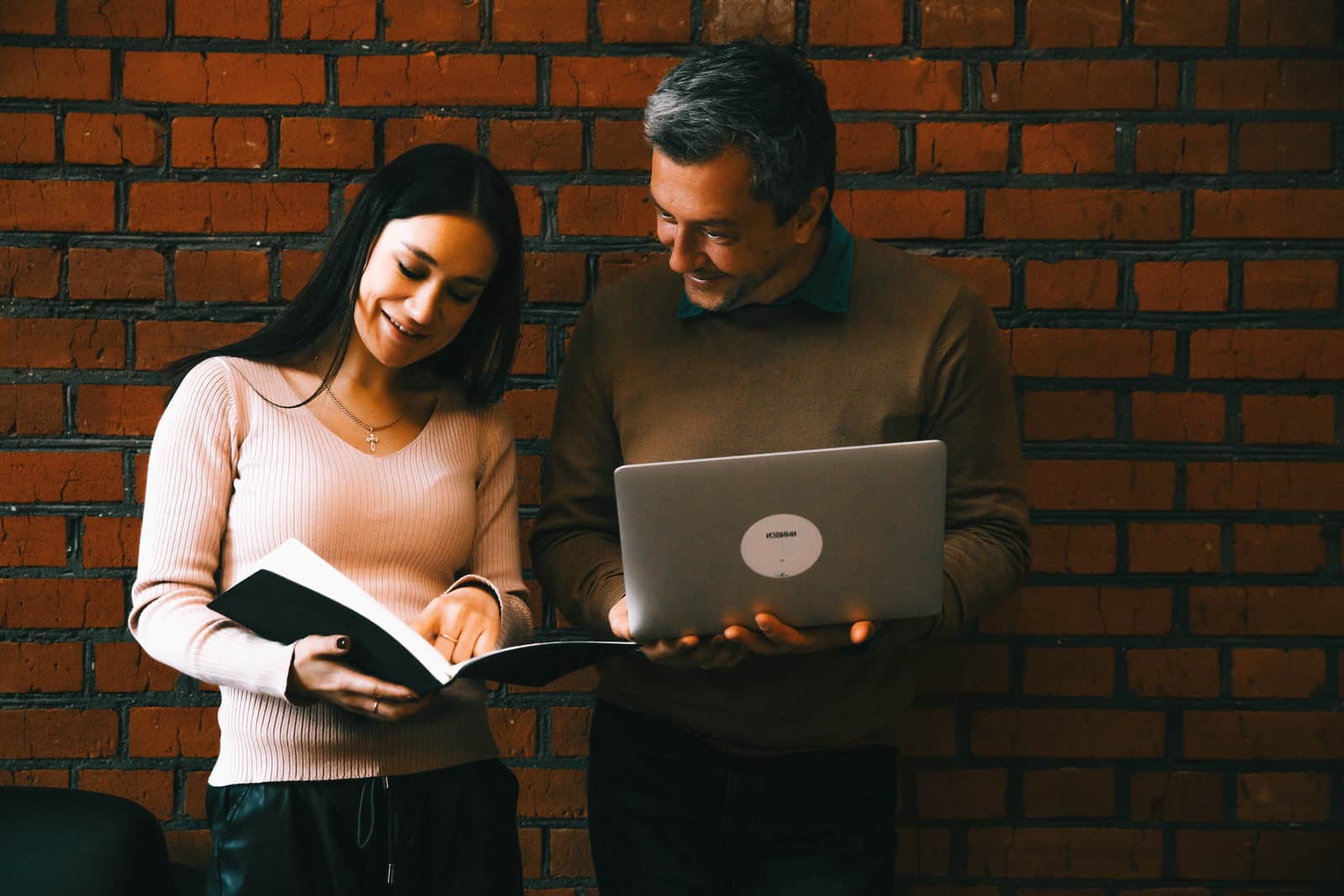 As already said, redundancy is one of their biggest nightmares because they are in constant pursuit of new things and ideas.

They enjoy learning about how different things operate and because of that, these individuals happen to know a little bit of everything about just anything.

Regardless of the topic of conversation, they always have something valuable to add (including some info they will have only stumbled upon recently) and people love that.

This makes their conversations all the more exciting and unique.

Since they are gifted with a creative, curious mind, they are usually interested in lots of things around them and they try to figure out how they work.

And they won’t stop until they succeed in it because patience and determination are really strong with these individuals!

The more complex the task, the more motivated they are to solve it.

Many people don’t understand their sheer determination and that’s the real beauty of their enigmatic personality.

They ask lots of questions 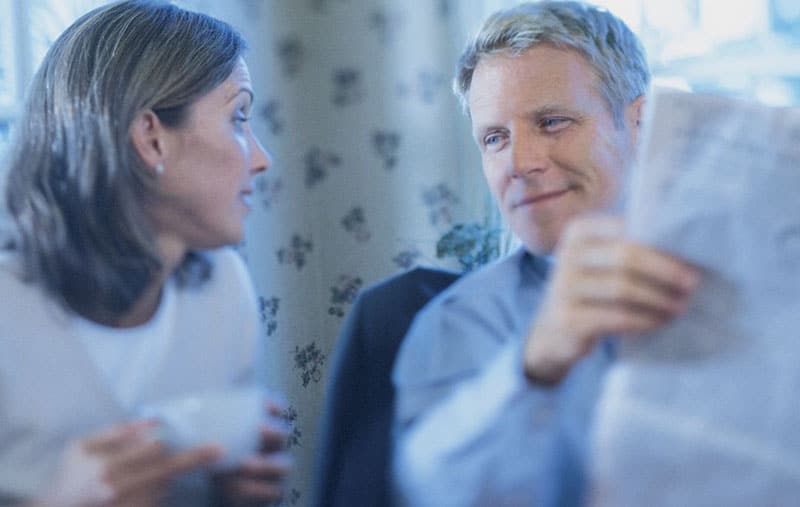 Since they are interested in everything around them, they often ask lots of questions in a conversation.

It could be a simple conversation regarding a recent trip but for them, it is anything but simple.

They will ask tons of questions about the weather, food, accommodation and other (to some people, irrelevant) details.

When something unexpected happens, they want to know every single detail so that they can evaluate the situation and try to help.

They process every single answer they get in order to get a big picture of a certain event and they are often able to find gaps in different circumstances.

Processing data is their favorite hobby and that is why they are constantly on the lookout for new tasks and situations.

“Get to the point,” is something they repeat often 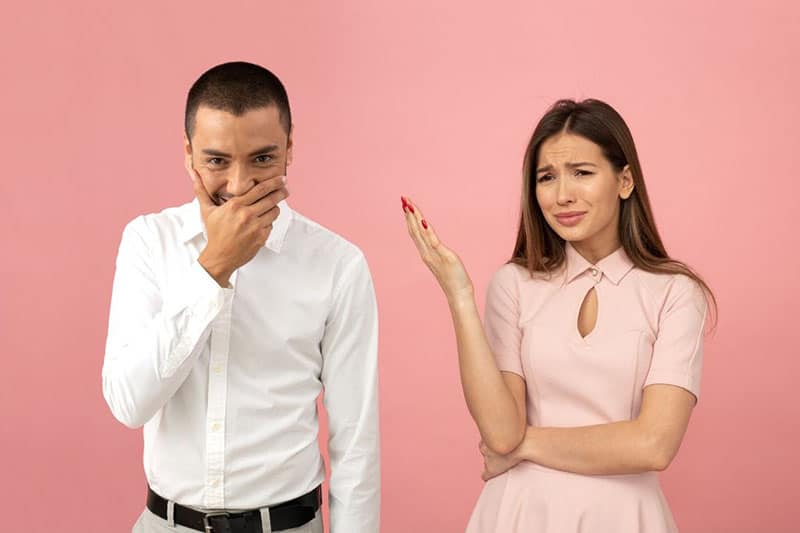 People of the Green Personality color can get really annoyed by superfluous information.

They hate people who beat around the bush or give tons of irrelevant details. For them, this is a waste of time.

So, you can often hear a ‘Green’ person telling someone to get to the point already and say what they really mean.

They can’t stand fake people, manipulators or other toxic people.

They value genuineness and truth beyond anything else.

Because they are really good at processing data, they always know when someone is lying to them or trying to manipulate them.

This is one of the reasons why they like to keep things simple when it comes to regular conversations.

If they sense that someone is full of crap, they will withdraw because they don’t have time to waste on such people.

Sarcastic comebacks are their thing 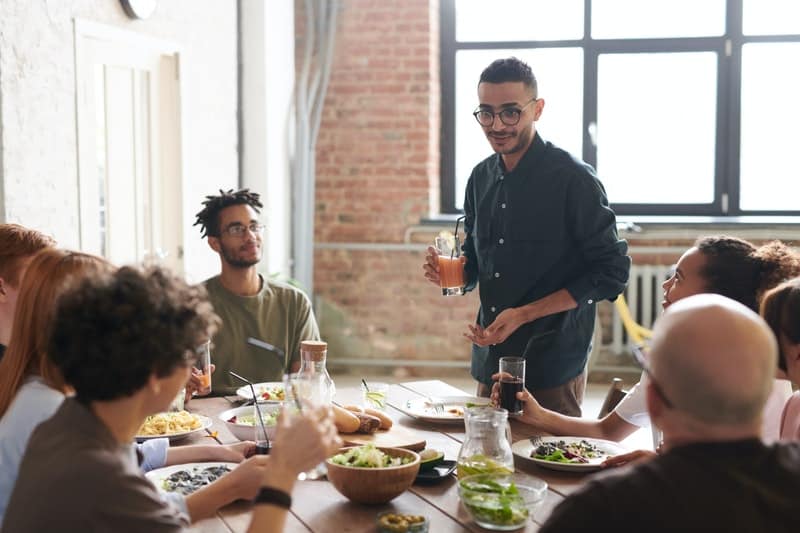 ‘Green’ people don’t really like to argue, let alone fight, because they tend to be cool as a cucumber.

But (there is always a but) when someone pushes their buttons, provokes them or initiates a fight, they will always respond with some hilariously good comebacks to silence all the haters.

Basically, these types of witty comebacks are their thing because they are really good at it.

And it would be a miracle if they weren’t good at it because creativity and thinking outside the box are two main ingredients of every powerful comeback.

So, whenever someone tries to belittle or insult a ‘green’ person, they will enter sarcastic mode and teach other people a valuable lesson and that is: ‘Do not mess with a Green Personality type because you might regret it’.

This is especially true in larger groups where these individuals dominate and embarrass verbal abusers and other sorts of people. 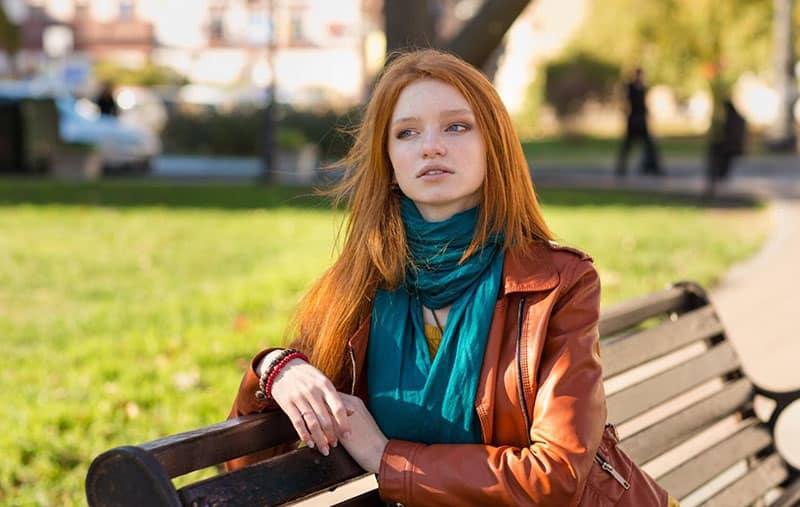 They are creative, loyal to the core, good listeners, independent and sarcastic (and the list goes on and on) and above all that, they are genuine.

Spending time with them is a true gift in itself.

They don’t pretend to be something they’re not. Instead, they praise their own individuality and they are not ashamed of who they truly are.

This makes them a great friend and an even more awesome partner.

They know what they want and they are not afraid to fight for it.

They know who they are and they are not afraid of showing their true colors (pun intended) to the world.

Even though their personality is often misunderstood by other people, people with the Green Personality type still don’t give up on presenting their unique ideas and way of thinking.

Their mindset makes them one of the biggest enigmas in the world and I hope they have inspired you to show your true colors as well! 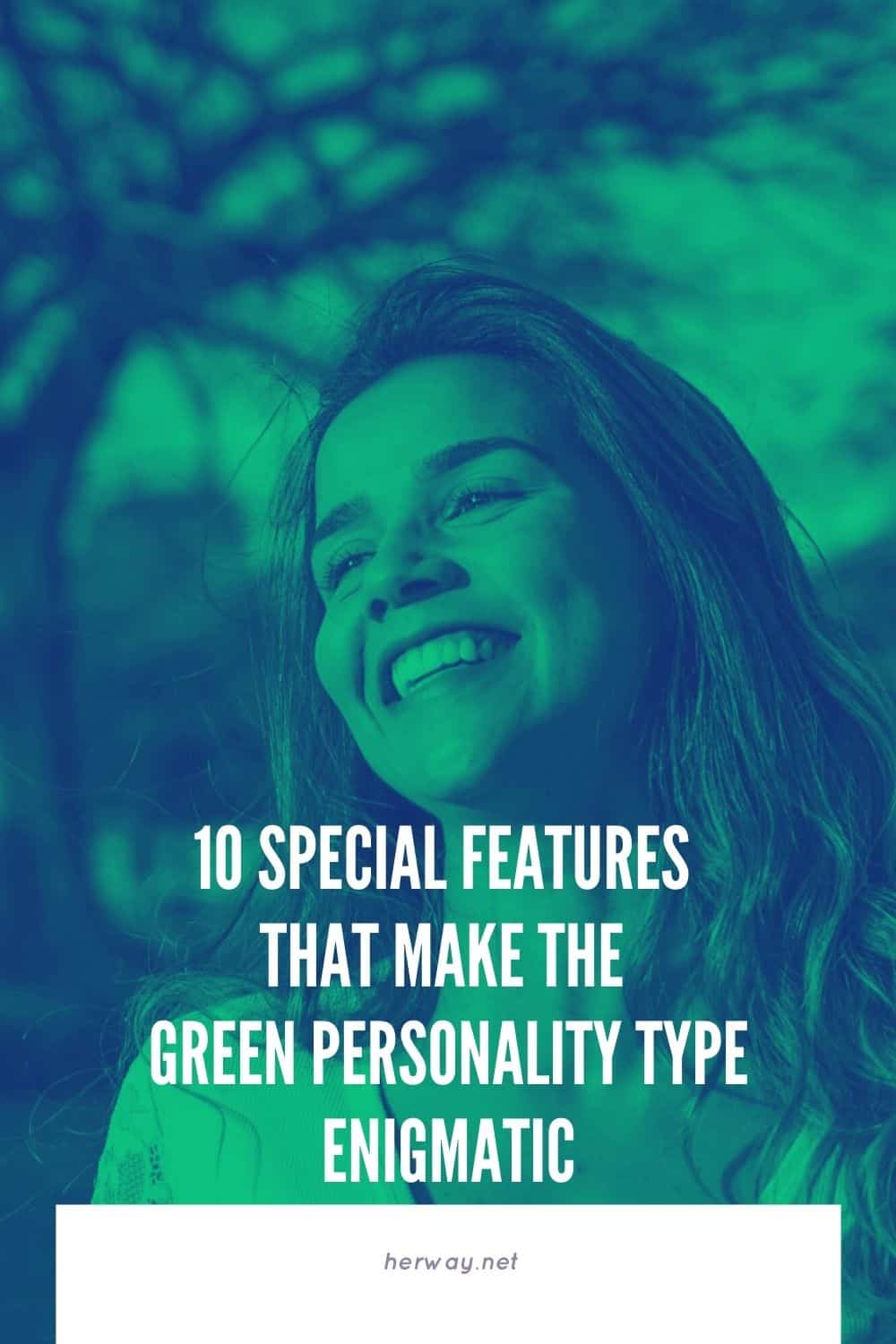