Let me ask you something: “Are you happy now that you have put out the fire in the eyes of the woman who was willing to make the whole world burn for you?”

Are you finally satisfied to see her being crumpled on the floor, staring at one spot only and trying to figure out why you hurt her so badly?

Because if she didn’t have strong feelings for you, she definitely wouldn’t act like this once she left you. She knew that she loves you and that it will hurt her if she walks away from the only man who can make her smile.

But she didn’t forget that the same man can make her cry herself to sleep and that because of him, she will never feel happy.

Deep down, she felt you weren’t the man of her dreams and you definitely made sure you proved that to her.

She only wanted you to love her.

She wanted to experience that kind of love people write books about. She wanted to wake up next to you every morning and feel the smell of your body.

But you know what the best part is? She would always love when you kiss and to hug her, telling her how much you love her and how much you are lucky to have her in your life.

And she would never get tired of your skin on hers while her heart is beating faster every time you lean to kiss her. Admit that she made a real fairytale in her head but you blew it like everything else.

She wanted you to fight for her, but you couldn’t even do that.

But she just made the wrong choice by staying with a man like you.

She thought that you will change and that her love will make you feel differently.

What she didn’t knew was that your cold was as cold as ice and that you were with her just because it was convenient for you.

You were a coward to commit to her, but losing her would mean losing someone who is always there. She was the woman who would leave everything and run to the rescue every time you would call her.

She always put your happiness in front of hers and the only thing she regrets now is that she loved you more than she loved herself. And she just wanted that man to fight for her.

But you couldn’t even do that.

You couldn’t fight for the woman who actually wanted to be yours. She gave herself all in and you didn’t even give a damn about her.

You just kept abusing her emotionally and convincing her that you were always right.

You told her so many bad things that I don’t know how she managed to up with all that crap. I guess she really loved you…. She loved you like she has never loved before.

And she totally lost herself to a toxic man. Because that is what you were to her.

Just one more toxic man in her life who took advantage of her and made her crazy.

And you were the whole world to her.

In all her pain mixed with love toward you, she managed to find some light moments. She would suffer one day and on the next, you would give her hope that you love her, knowing in yourself you will never do that.

You were a coward to admit to her that you will never love her like she deserves. You just wanted to keep her close because you were better when she was there.

At least you had someone who loved you and who admired to you, and that boosted your ego so much.

You only used her to feel better without asking her about her feelings. It was always about you and never about her.

But she realized that she deserves better.

She tried so much to make you love her, but she couldn’t make it. She couldn’t come near your ‘as cold as ice’ heart no matter how much she tried.

And after she saw that all her effort was in vain, she realized that she will never be happy with someone she has to chase.

She would never be happy with a man who didn’t know what unconditional love is. So, she moved on. And don’t you dare blame her for walking away because you pushed her to the edge. She appeared to be crazy by the man who drove her there – YOU!

So, she walked away.

She was left with the big amount of love and pain mixed inside her heart. She didn’t know what to do with all that, so she kept it inside and silently suffered.

The day she left you, her heart broke into a million shattered pieces, but you didn’t hear that.

Proud as she always was, she put up with her pain in a way in which nobody will hear or see it. She just left, thinking how she will manage the next day. But somehow, she managed.

She found the strength she didn’t know she had and she moved on from the man she was madly in love with. Even if it was the hardest thing to do, she decided to do it and once and for all take off the chains of the toxic love she was a prisoner of.

She learned her life lesson. She learned it in a tough way but she managed to put herself first.

She is now a strong and independent woman who is not afraid to love again.

But she will never forget what it feels like to have a broken heart. That feeling will remind her of the hell you put her through and a lesson to never let any man treat her like you did.

You were just a narcissistic in disguise. You found a good way to deceive a woman who loved you. She was so easy to love, yet you didn’t see that.

But there will come a day when you will want to get back to her bed and sleep on her pillows which she made wet from the tears she cried. But it will be too late.

There is a new man sleeping there, hugging her and feeling like the luckiest man because he has her. He knows how to love her and keep her. And he is the one who will make all the pain go away. 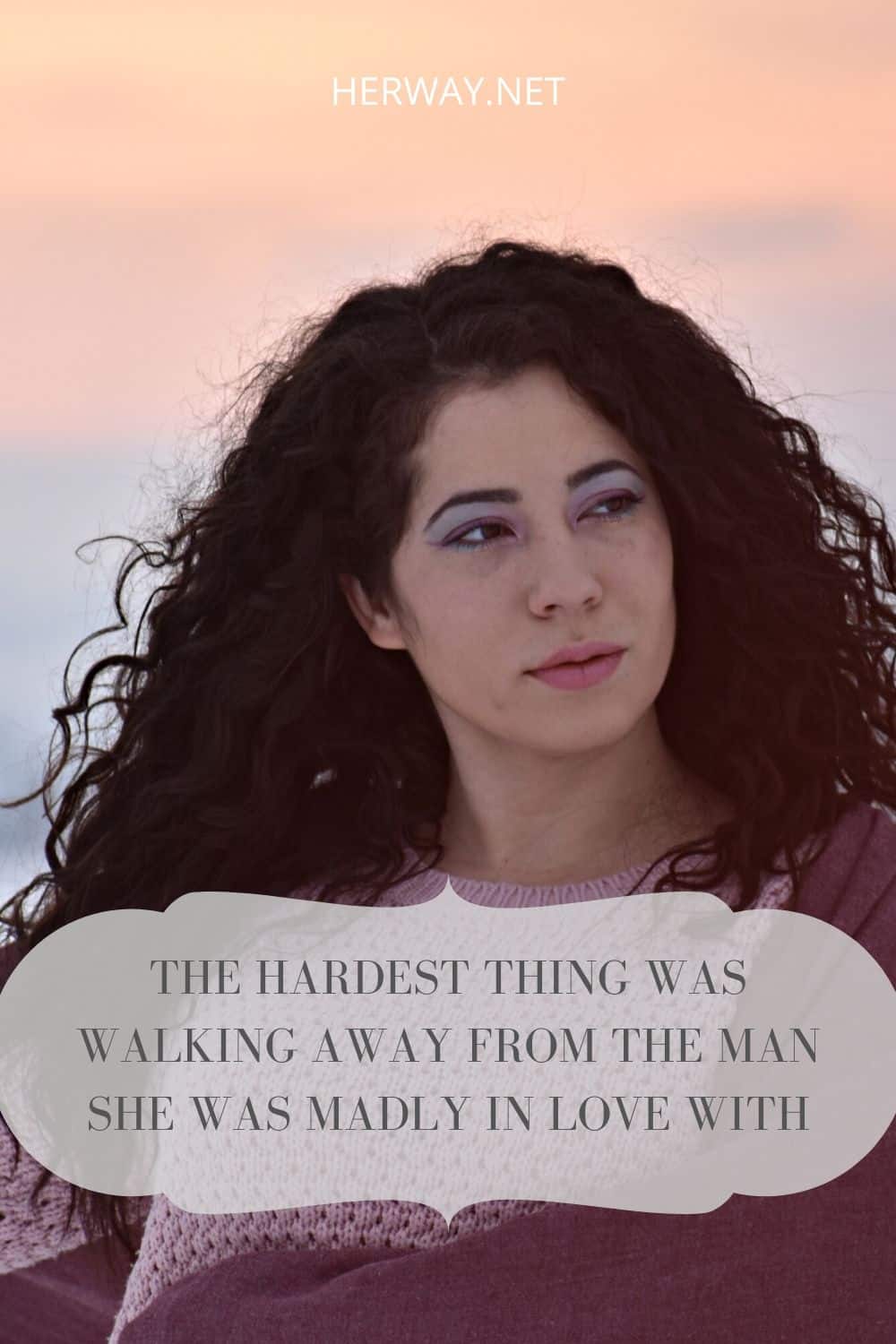