Because this is exactly what this girl did. She was strong enough to walk away, even though she didn’t want to, simply because she had to do it.

And you are probably wondering how she did it. How did she manage to be stronger than all the pain, than all the love she felt for this man?

How did she manage to be stronger than herself? How did her mind defeat her heart? How did she walk away, when the only thing she wanted to do was stay?

No, it was not easy. Actually, it was the most painful and heartbreaking thing she ever did. And it took her more courage and strength than anyone might think.

And just like that, this girl broke all ties with this toxic man who was making her life a living hell. She stopped answering his drunk calls and stopped responding to his late-night texts. She decided it was time for her to stop taking him back every time he tried crawling back into her life.

One morning, she just decided to act like this man was never a part of her life. She decided to leave him in the past, where he belonged, even if it was the last thing she wanted to do in life. 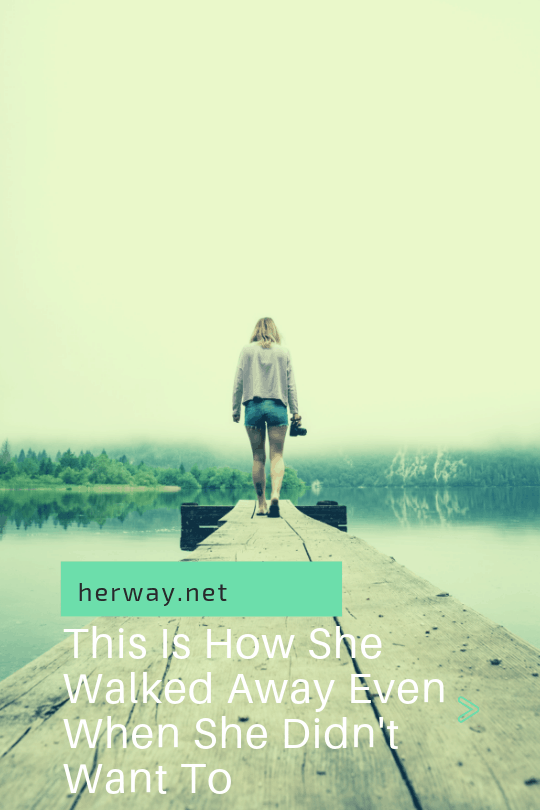 Just like that, she stopped chasing him and begging for his attention. She stopped settling for the crumbs of his affection and she didn’t mistake it for real love anymore.

As much as it killed her, she looked the harsh reality in the eye and saw that all of her hopes and efforts were in vain. All of a sudden, she stopped justifying his toxic behavior and she stopped looking for excuses for the way he was treating her.

She stopped hoping that this man would eventually change and that he’d start treating her the way she deserved. That he’d become the man she imagined him to be for all this time.

Then, she admitted to herself that this man never loved her for real. That she was just convenient for him and that he enjoyed the love she was giving him.

She accepted the fact that he wasn’t actually emotionally damaged and that she couldn’t save him. For the first time ever, she saw him without her rose-tinted glasses. And she saw that he was nothing more than a selfish egomaniac who couldn’t care less about her.

She realized that she has always been stronger and more valuable than him. That he was the one who wasn’t enough all along and that he never deserved her even looking at him.

Finally, she realized that he wasn’t the center of her universe. That there were other things and people she should focus on.

Finally, she put herself first and decided to delete this man from her priority list. She realized that she should focus on herself, her goals and her own future, without this man by her side.