It started off as another ordinary day, being woken up before my alarm by my kids, followed by me standing in my doorway for a solid five minutes before building up the courage to start my day.

When class finally ended, I responsibly went to my pharmacy to pick up my birth control and antidepressants. I was a few days late picking those up so you can only imagine my mental state. There was some problem with my insurance so I had to make a miserable phone call, to sit on hold, only to find out it’d take twenty-four hours to fix.

I left the pharmacy and began driving home when I got the phone call. It was from a blocked number and for some reason I’ll never know, I answered it.

I heard a woman’s soft voice say, “Hello? Who is this?” In a not so friendly way, I responded, “Uhh you called me,” and then she said something that made my stomach drop. “I’m just trying to figure out if my husband is cheating on me.”

Fuckkkkkkkkkk. I knew exactly who she was talking about. I will call him ‘Stash’. I had met Stash on Tinder a couple of weeks before. We had this bomb situation where we were each other’s booty calls but neither had any interest in dating or even really becoming friends. He had come over a couple of times, we had super thrilling sex, drank a glass of OJ together and then he left. 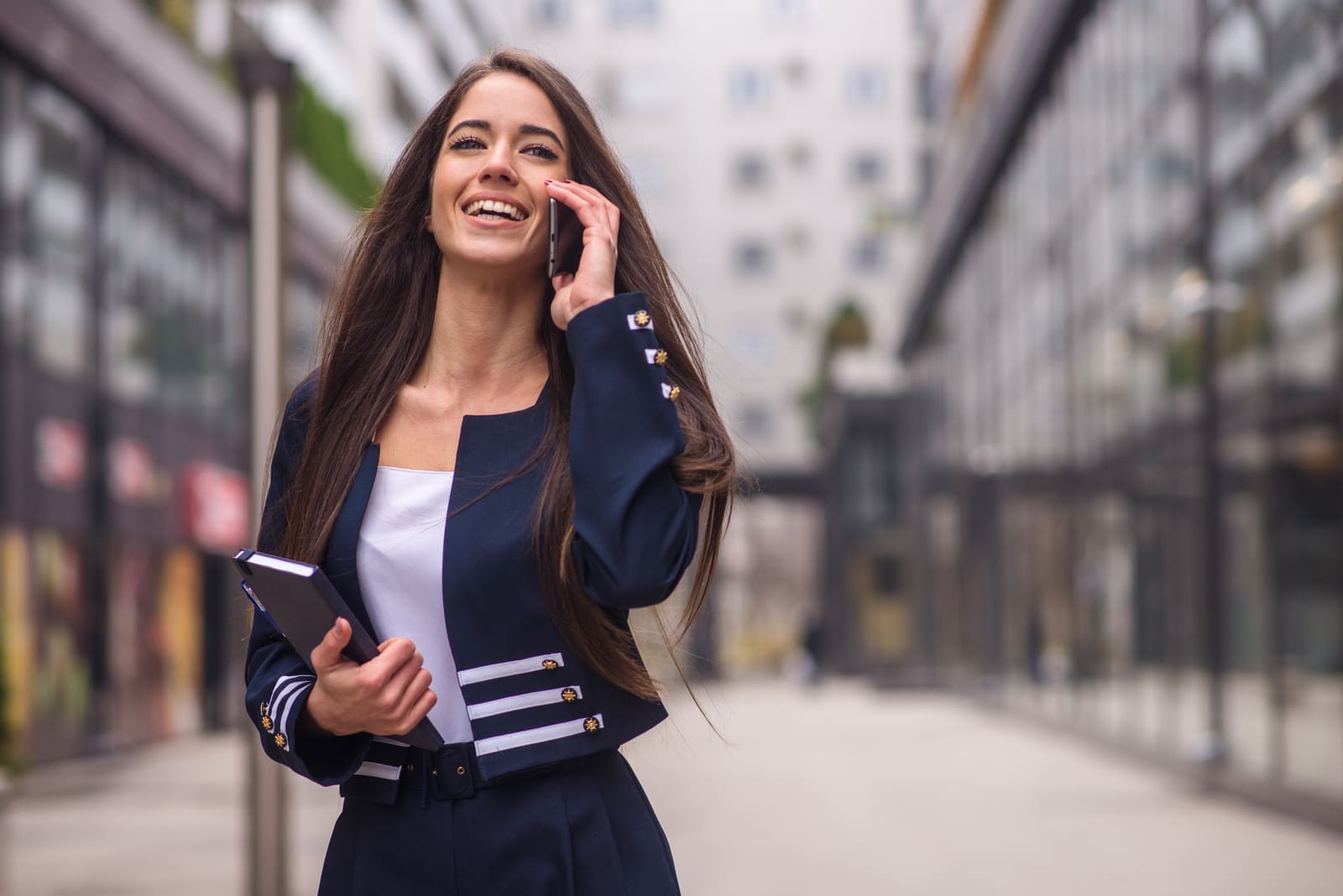 After the first time we hooked up, he told me he had a child and was going through a divorce. She had taken the kid and left the state and he was exhausted from dealing with his total psycho ex-wife.

My first instinct was to protect him from his crazy ex. I played dumb briefly. “Umm I’m talking to three people named Stash, I’m not sure which one you’re asking about.” She said, “I don’t want to give you his last name but did you meet him on Tinder and have sex with him?”

I am the worst liar, probably because of my anxiety. I started to sweat, bad; what the hell had I gotten myself into?

“He told me you got a divorce!” I said, in the most ashamed voice I’d ever heard. I saw it then, all the red flags, everything that had been screaming ‘this guy is a total fuck, run away, don’t sleep with him’. I felt for her at that moment and realized I didn’t give a shit about this guy I hardly knew, that she deserved to know.

I told her yes, I had in fact met Stash on Tinder and we had slept together. She wanted specific dates and times of each occasion. This girl was organized as shit. It’s like she had a list of questions written out and ready.

She asked me where I lived; I refused to tell her because I had no clue even what her name was. In the back of my mind I was thinking it was a trap, how could someone in SoCal find my phone number, know I had met someone named Stash on Tinder and know we had slept together?!

She told me her name, I will say it’s ‘Beauty’. She then bounced back to a specific date and time Stash had come over and when I answered, she said, “I know exactly where you live” How? Their phones shared locations. He was a fucking idiot. 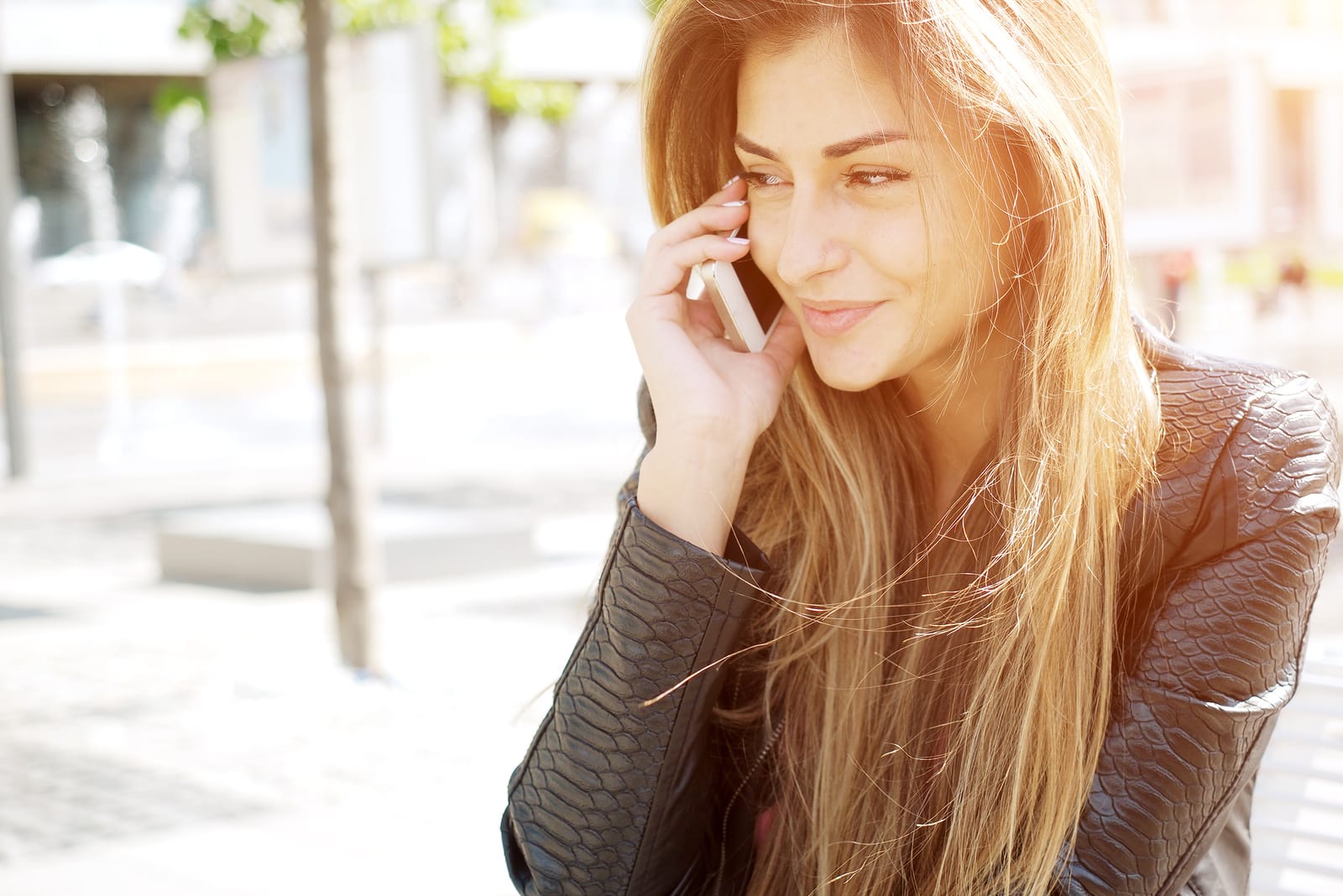 Turns out the day he showed up to my house and drove away before even getting out of his truck wasn’t because his dog had a seizure and his neighbor called him to come home. It was because she had seen his out of norm location and called him and he told her he had taken a wrong turn.

Later that evening ‘when his dog was better’, he came over and we hooked up. He mentioned how he had left his phone at home. Turns out it was so his GPS would say he was home so she wouldn’t know.

I cared about that dog, I worried about her, as from what he described it sounded just like how my Golden Retriever had died. My unmedicated emotions had turned on and that had been unnecessary because it was all a lie.

Beauty called me multiple times throughout the day, sometimes we would talk for thirty+ minutes. She had question after question and eventually informed me she was pregnant with their second child together. I was cheated on during my whole first pregnancy. I could sympathize and that gave me even more drive to help her.

Meanwhile, I received a text message from Cowboy. He and I had been hanging out and hooking up for about three months.

He wanted to let me know that out of the blue his baby momma wanted to try as a family again. My stomach dropped again. We had just had sex the night before and I had a gut feeling that this wasn’t out of the blue.

A little birdie had told me he had a history of cheating and I ignored it because we weren’t in a relationship. Then it dawned on me—his sketchiness and how secretive and ‘busy’ he always was. He had been living two lives and once again I was in the middle of infidelity. 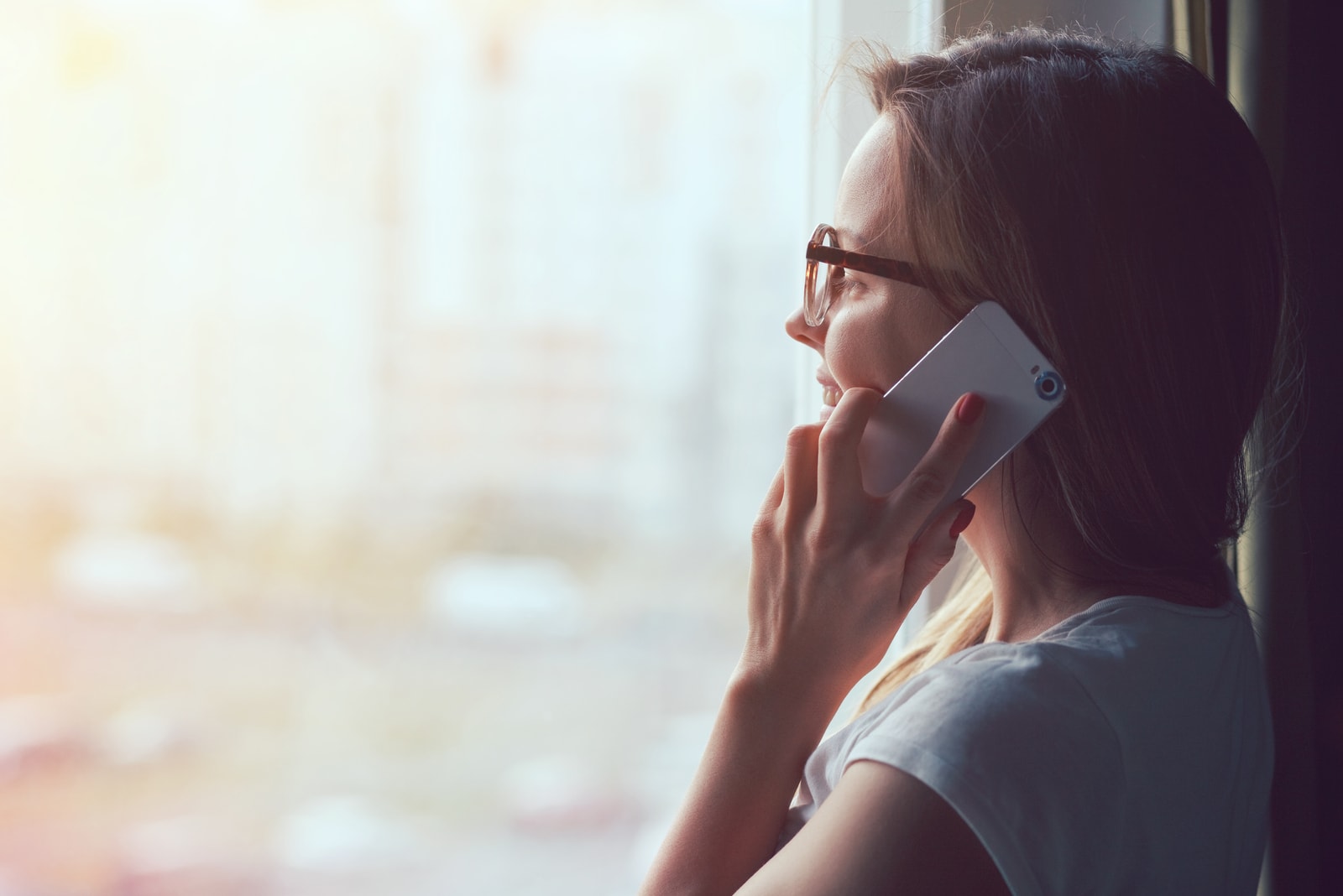 Two in one day? Wtf was wrong with me. Everything blew up then. He had been cheating on the mother of his children with me for three months.

In a pure panic, I called my best friend and rushed to her house. I lost my shit 100%. Gone. I was an absolute hot mess. Somehow she figured out what I was hyperventilating about and gave me such a sad, compassionate look. While I was having a full-blown anxiety attack about the fact that two women were cheated on because of me, she said a simple sentence that changed my point of view completely.

“You are a victim too.” Woah, hold up anxiety, get a grip on yourself. She was absolutely correct.

My mood instantly went from a full-blown hot mess, hyperventilating, anxiety-ridden, ugly crying homewrecker to angry. Fuck that, I was not going to carry that weight on my shoulders, I was lied to also, it was time for me to take charge of that situation.

As I was figuring out how to handle it, I got a call from Beauty; she told me Stash was almost home (according to the GPS) and she wanted me to go confront him and record it. At that point, the amount of guilt I had for unknowingly being a part of it was too much and I was willing to do just about anything to help her.

I drove to his house and knocked on the door, calm and confident, my phone recording in my pocket, knowing there was an anxious, sweet girl waiting for my full report afterward. He answered the door with the most horrified and surprised look on his face.

“Hey!” he excitedly exclaimed. “What the fuck is going on and why am I getting phone calls from your wife in San Diego?” He opened the door and asked me to come in, as he was quick on the defense to tell me every lie possible, stumbling over his words; he was digging himself even deeper in a hole and he couldn’t even keep his lies straight anymore.

I felt bad for him, how miserable to live that life, one so full of lies he didn’t even know what was real anymore. 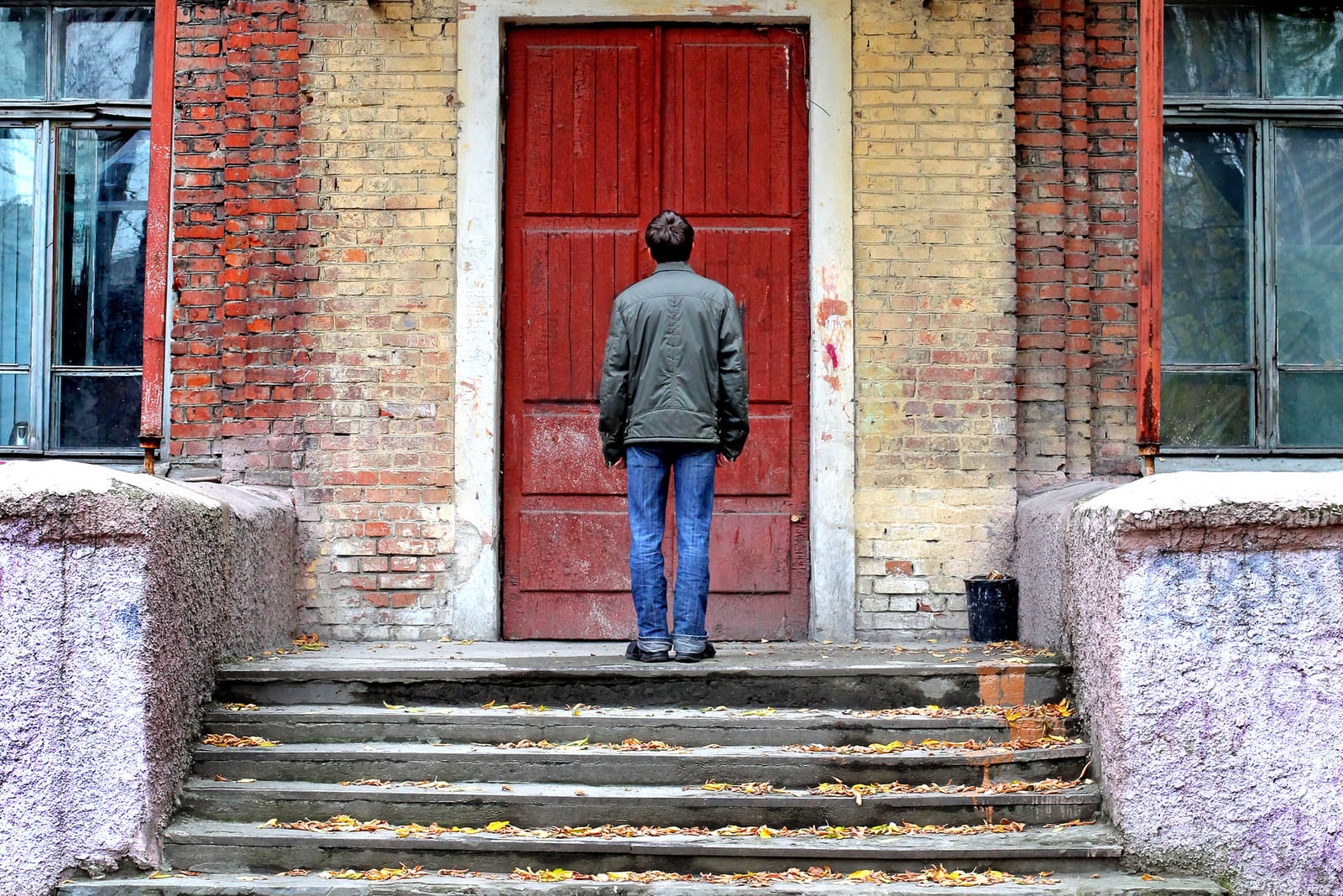 After hearing him ramble complete bullshit for five minutes, I was heading to the door to leave and he said, “Hey, don’t leave without a hug,” and he walked over and gave me one. I got in my car and drove away, thinking about how desperate I had been for someone to be there that I had allowed myself to get involved with two completely shady, deceitful people and had unknowingly helped them both hurt people who loved them.

I gave Beauty the report and sent her the recording. I logged on to my dating apps, canceled the two scheduled future dates I had and deactivated my accounts. I thought I had been doing great at not exhibiting self-destructive behavior as I stumbled my way through life. I was wrong. I was hurting myself and others because I was too afraid to sit in silence alone and have to deal with what had happened to me over the last eight years.

I’m going to do that now, I am going to be alone. I have now been burned twice more by men who I carelessly trusted, simply because they gave me positive attention. I’m back. I’m once again a fully-fledged man hater.

Fuck all of them. Oh and Fuck Tinder. In the words of the Drive-By Truckers, 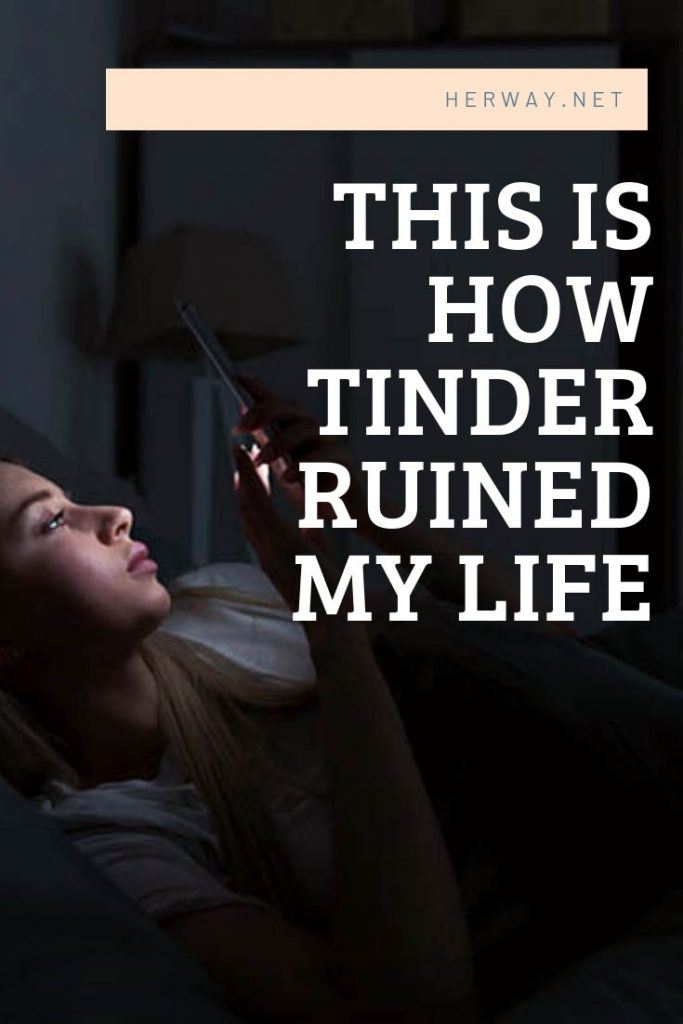