Don’t get me wrong. I am in no way trying to convince you that she is perfect because she is far from that. This girl is challenging, and she is everything but easy to get.

Being with this girl requires a lot of effort because she will give you a lot, but she asks for a lot in return, as well.

But if you really want to love her, you’ll be patient, and everything will be worth it.

The difference between her and all those other women is that she wants to be with you even though she doesn’t have to or need to. From all those men around her, she chose only you to be the one holding her hand when times get rough.

Don’t you ever think that this girl is with you just because she is afraid that she’ll end up alone because that can’t be further from the truth. She isn’t with you just to have someone around when she needs a plus one or when she misses sex.

She didn’t choose you because she had no other option than to settle with the first guy which came into her life. She didn’t do it because she needed someone’s support or guidance.

She won’t be lost and incomplete without you. Her life will still have meaning even if she doesn’t have you.

When she chooses to be yours, she doesn’t need you to be whole. She’ll never think of you as her other half, and she can live without you just fine, but she prefers sharing her life with you. 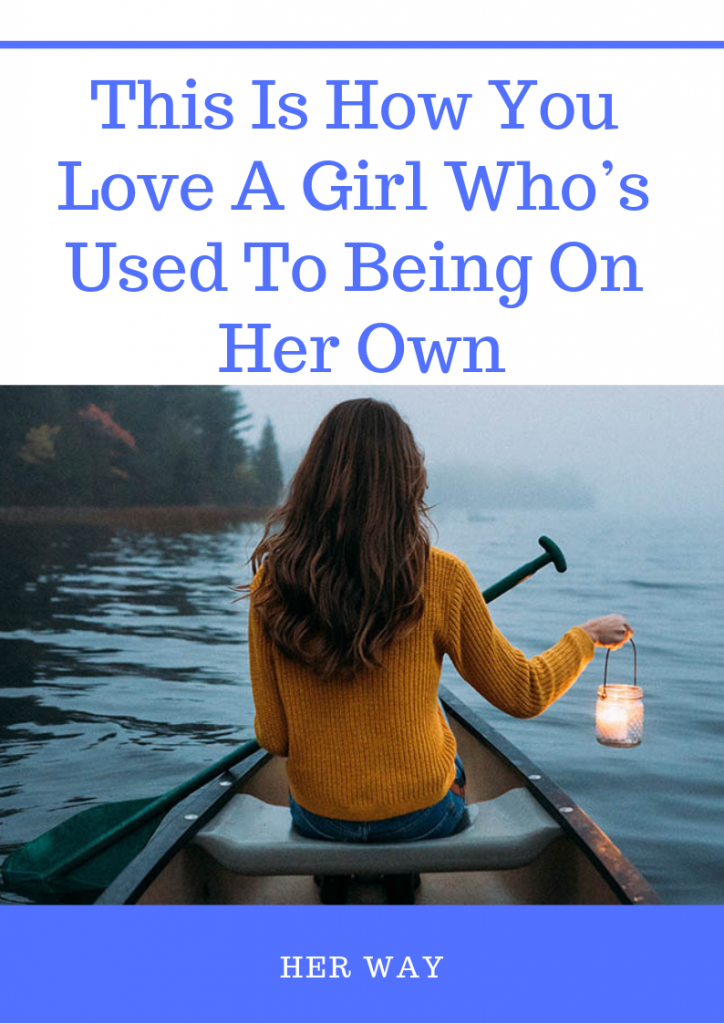 And when a girl like this chooses you, you can consider yourself to be pretty damn special. Because she doesn’t let people in just like that.

This girl has spent years building strong and thick emotional walls to protect her heart. And if you plan on tearing these walls down, be ready to stay.

Don’t do it if you will break her heart, assuming that nothing can hurt her. Don’t enter her life if you don’t plan on becoming a part of it.

Don’t do it if you plan on walking away at the first hint of trouble. Don’t make her fall for you if you can’t commit to stay with her even on the darkest of days.

So, if you plan on loving a girl who is used to being on her own, do it right or don’t do it at all. If you plan on tearing down her walls, make sure you are worth it.