Now, let’s be honest. Women are complex beings… period. Before you get a wrong impression, I have to say that I, myself, am female and I definitely know how a woman’s mind operates.

One day, we desire a true gentleman who will do all those romantic gestures and make us feel like we’re the only girl in the world.

At one moment, we show you that we love you more than anything in the world, and after a few days, we start questioning things.

So, how in the world can a man know what exactly is going on in a woman’s mind at a certain moment, right? How can you know if that one woman truly loves you?

Should you wait for her to say it or are there more things to it that you need to pay attention to? Hmm…

Contents show
1 Some women aren’t that good at expressing their emotions (which can be a problem)
2 Men and women fall in love in different ways and at a different pace
3 If a woman prioritizes your needs, then you know she loves you!
4 If a woman CHALLENGES you to do better, then she definitely loves you!
4.1 Here are some more signs she loves you deeply:
5 A woman’s love is both fragile and powerful 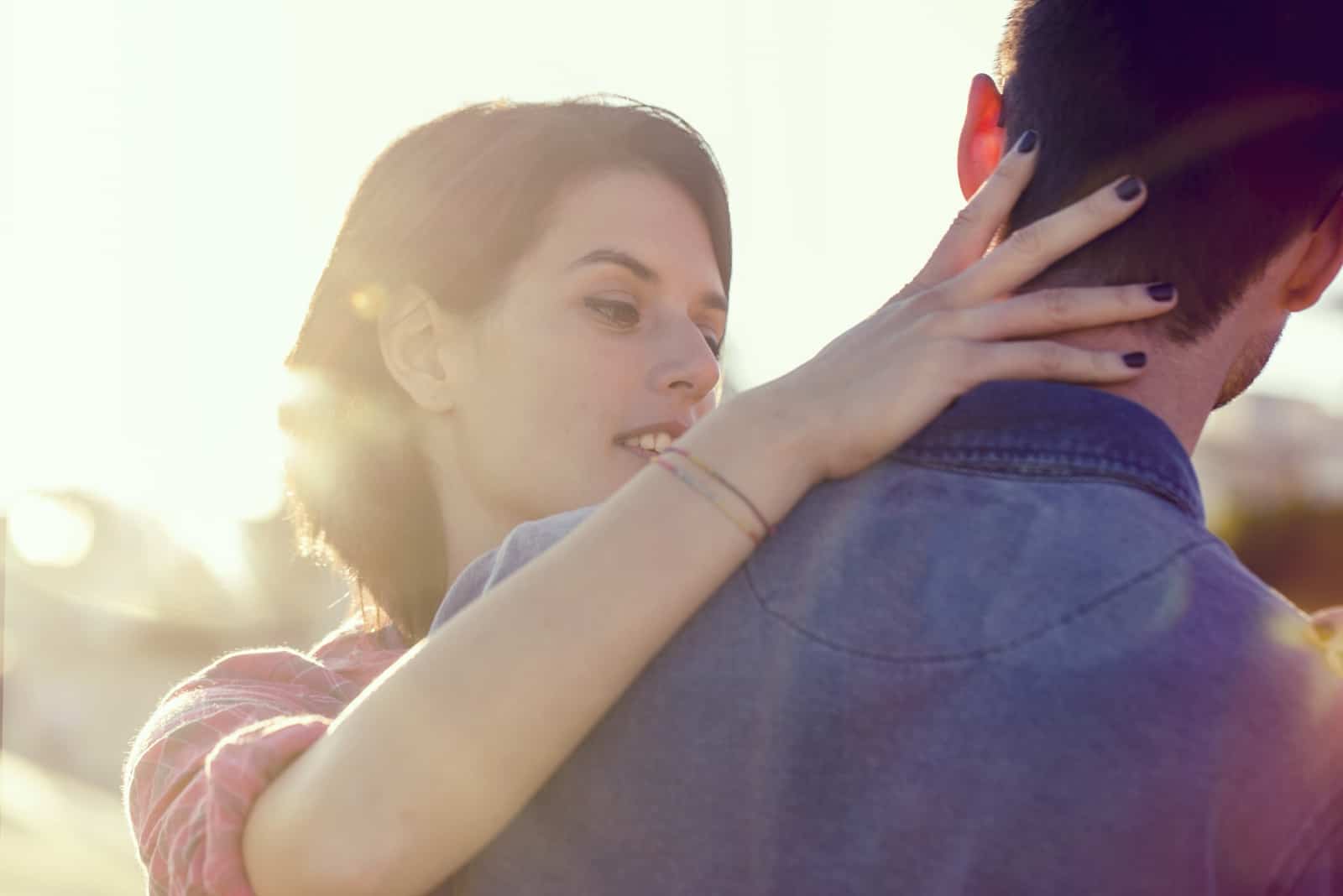 Yes, the majority of women are really good at expressing their feelings (contrary to men), but there are still some women who have a hard time doing that.

Some women have been hurt before in relationships, and now they might need more time to open up to someone new.

Some women have met players, commitment-phobes, and other types of men who have scarred them one way or another.

Such women just need more time to get used to being with you. They need to feel comfortable sharing things with you. In other words, you need to let them know that they can trust you.

Pay attention to all those signs that mean she likes you like when she subtly touches you, or when she’s playfully teasing you.

All these are good signs, and they mean that she’s getting more and more comfortable around you, so it’s only a matter of time when she will fall deeply in love with you. 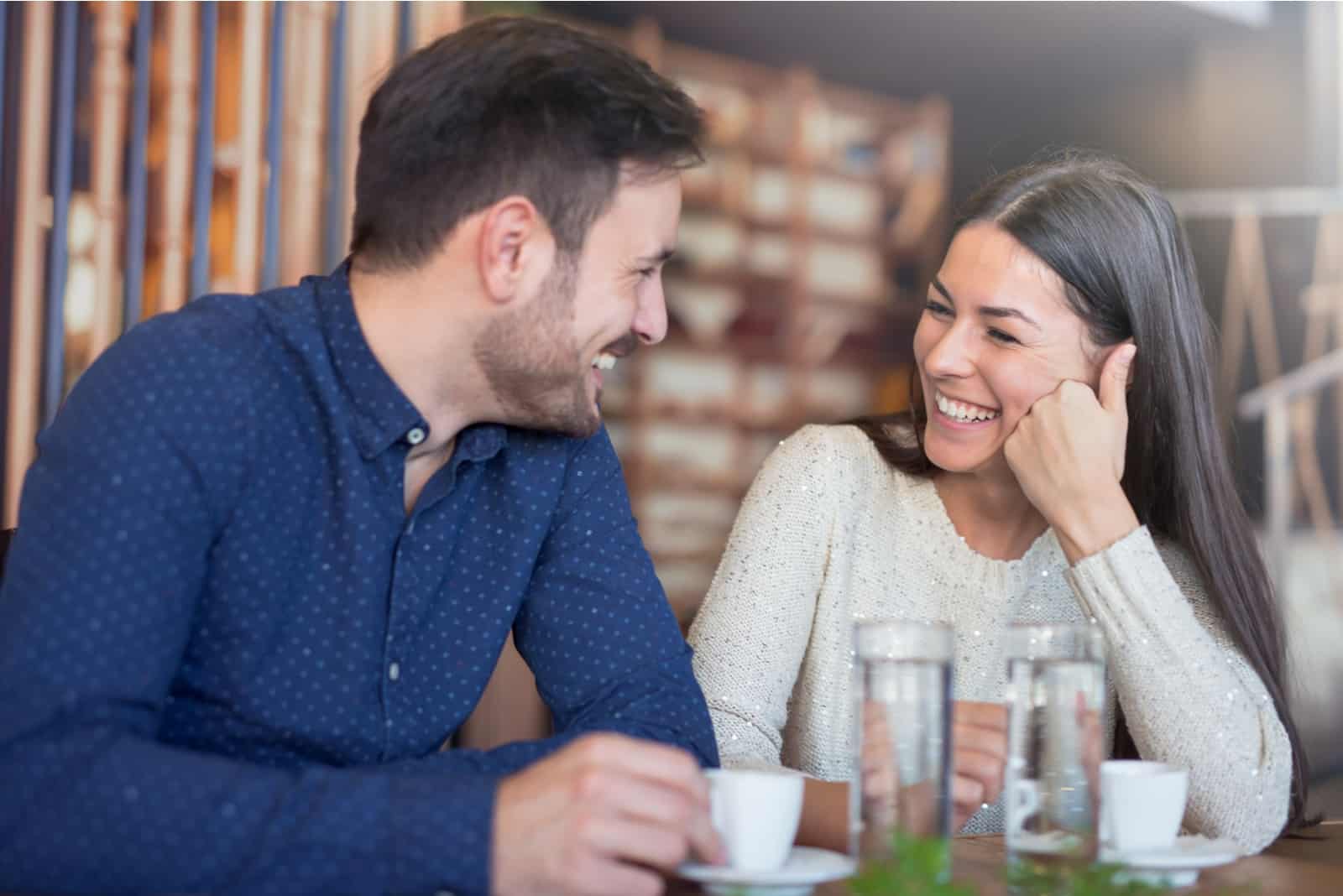 The Mars-Venus theory about women and men coming from two different planets might be true after all. Apparently, men and women fall in love in completely different ways and at a different pace.

Men tend to fall in love quicker than women, and the reason for that might be biological.

Men say ‘I love you’ quicker than women because women are biologically predisposed to be pickier when it comes to choosing potential mates.

Literally, women subconsciously decide to postpone falling in love (if such a thing is even possible) just because they want to be sure that their potential partner is suitable for them in many aspects, from financial to intelligence to personality.

Simply put, women postpone falling in love until they’re sure about their partner being suitable to have children with.

Of course, not all women want children, and not every relationship leads to having children, which is okay.
But, I’m starting to think that this hypothesis about women prolonging falling in love could actually be

TOTALLY true. Why? Because I, myself, and some of my female friends, are also overly picky regarding potential partners.

This is exactly what’s going on inside my head:

No, I don’t want to date that one guy because he’s a smoker, even though he’s really handsome. Hmm…noup,

I don’t want to date that other guy because he seems a little bit egocentric and overly materialistic. I mean, look at his pictures displaying only his cars and how rich he is.

Don’t get me wrong, I have nothing against rich men, but if that’s the only thing they can offer, then I’m not interested.

But, what about this one guy who texted me recently? He seems to have it all: He’s intelligent, gentle, handsome, a true gentleman (and he’s not smoking!), and he has a job.

Yup, I should definitely date him and see how things go.

Now, will anyone tell me why I would discard the idea of dating a guy just because he’s a smoker? Is it because I subconsciously think of smoking as a bad habit both financially and for that person’s health?

If we happen to be in a serious relationship or eventually have kids, then smoking might be an issue.

This is a true eye-opener. I definitely think that there is some truth to the fact that women postpone falling in love due to biological reasons.

So, when a woman finally “decides” to fall in love with you, how will you know it? Simple.

If a woman prioritizes your needs, then you know she loves you! 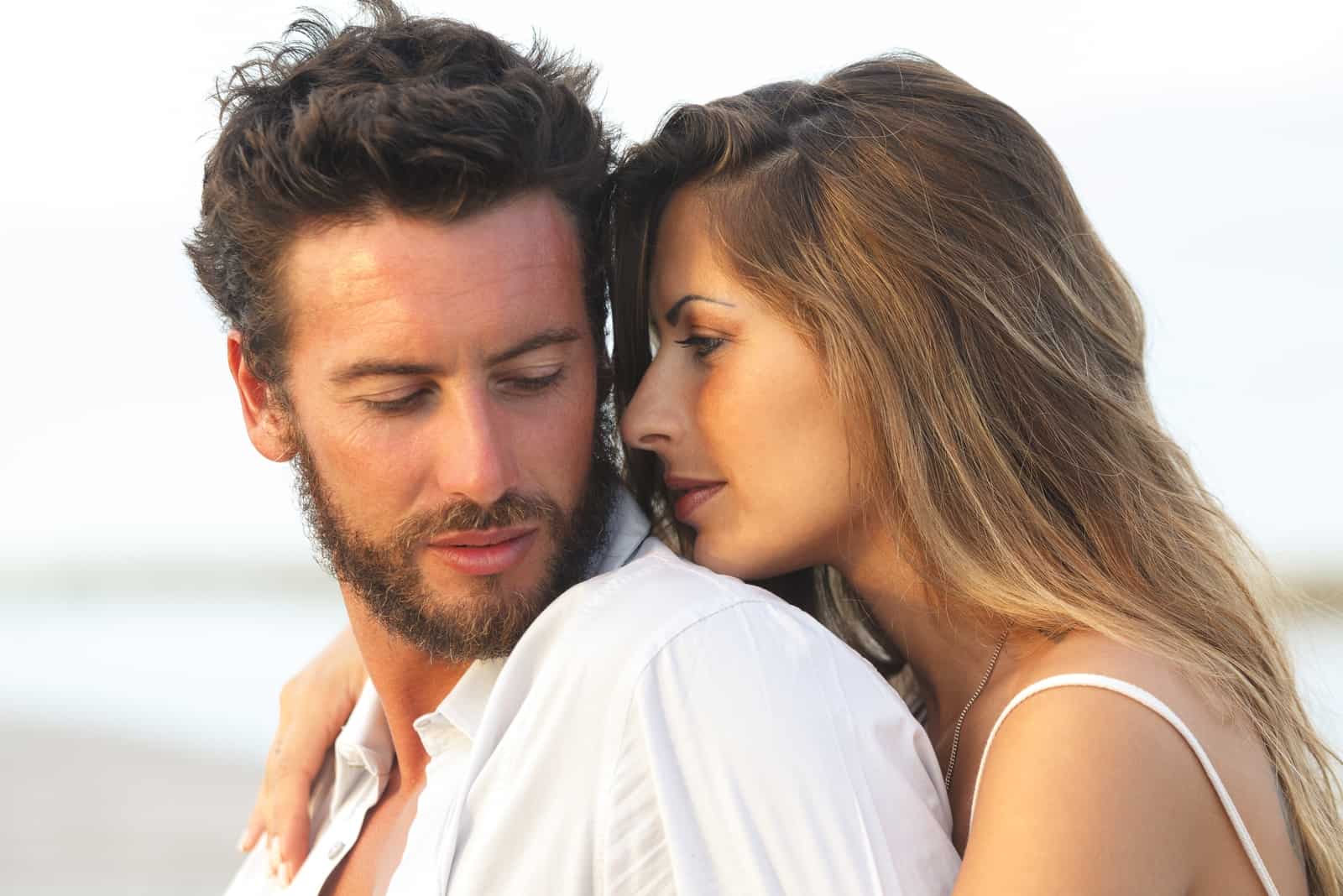 Trust me, I have never met a woman who would prioritize a man’s needs if she weren’t really in love with him.

When a woman falls in love, her nurturing instinct wakes up and becomes ten times more gentle and caring.

Through time, she decides to prioritize your needs because her goal is to make you happy.

So, if you say to a woman who loves you something like: I’m sorry, but I can’t watch the series with you tonight. I’d like to be alone for some time. Then, chances are she will not get offended by it.

A woman who is genuinely in love with you always pays attention to how you’re feeling about certain things. She requires reciprocity and she’s willing to compromise with you.

Do you know how hard it is for a woman to choose to, let’s say, postpone watching her favorite TV show only to prepare your favorite food?

A woman who is in love expresses it in many different ways, from cooking your favorite meals to giving you random hugs and kisses.

Pay attention to those little things and you’ll know if she’s really in love with you or if she needs more time to “decide” to fall in love with you. Hilarious, I know, but I couldn’t resist writing it.

If a woman CHALLENGES you to do better, then she definitely loves you! 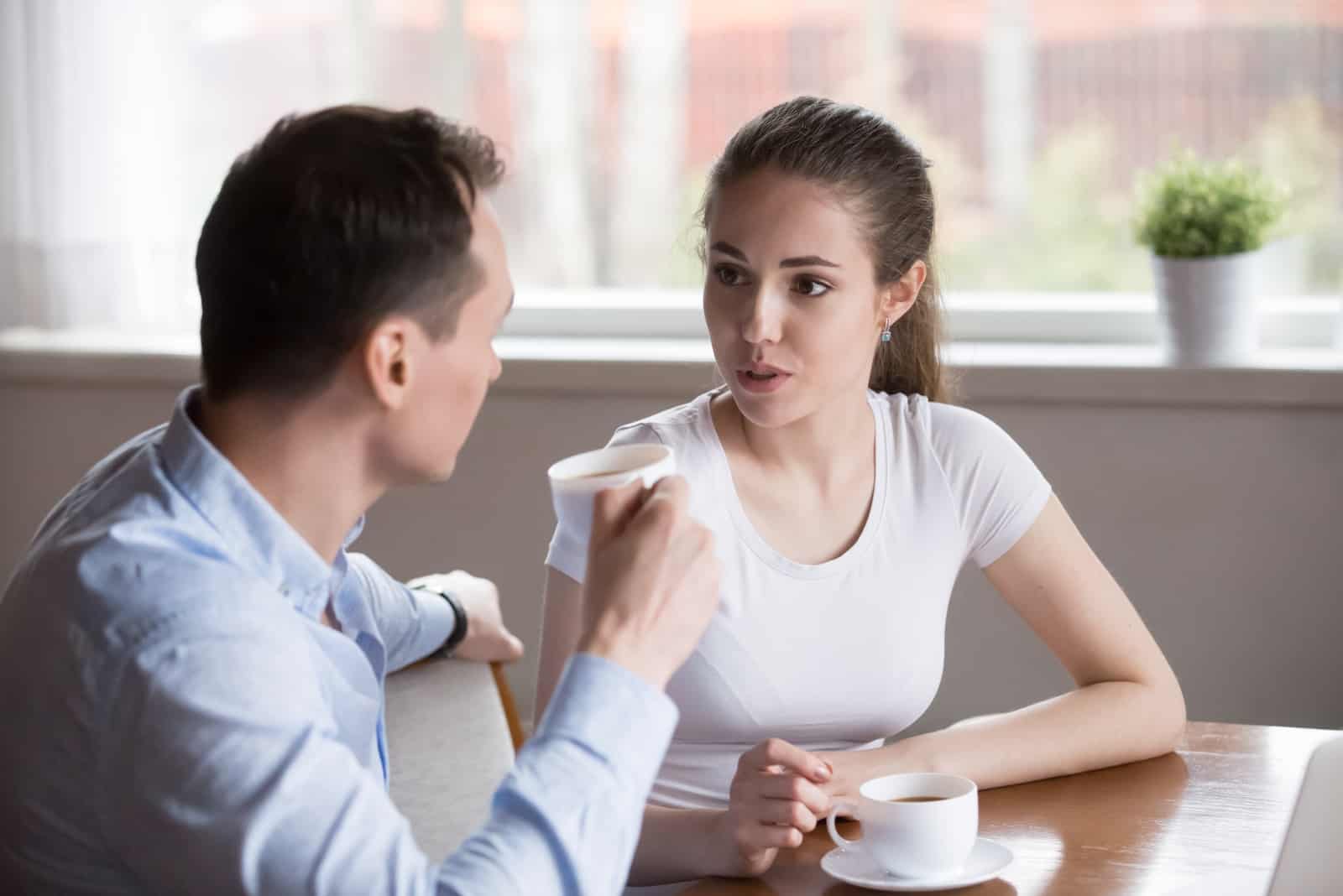 Many men have a wrong opinion about a woman being in love. They think that a woman in love will support her man no matter what, and rarely contradict him.

Dear men, that’s not the definition of being in love. If a woman challenges you in every single possible way, it’s not because she hates you… it’s because she genuinely LOVES you.

When a woman falls in love, she feels as if it’s her duty to make her man become the best possible version of himself.

“Behind every successful man, there stands a woman.”

This saying is definitely not a coincidence. A woman in love has the power to make her man reach his fullest potential because her love is that powerful!

Whenever she worries about your habits or provokes you about certain things, know that she’s doing it out of love and because she believes that you can do better.

Here are some more signs she loves you deeply:

As being the girl who loves ‘too much’, I can add one more thing, and that is: Don’t be afraid of our love and don’t try to understand it.

A woman’s love is both fragile and powerful 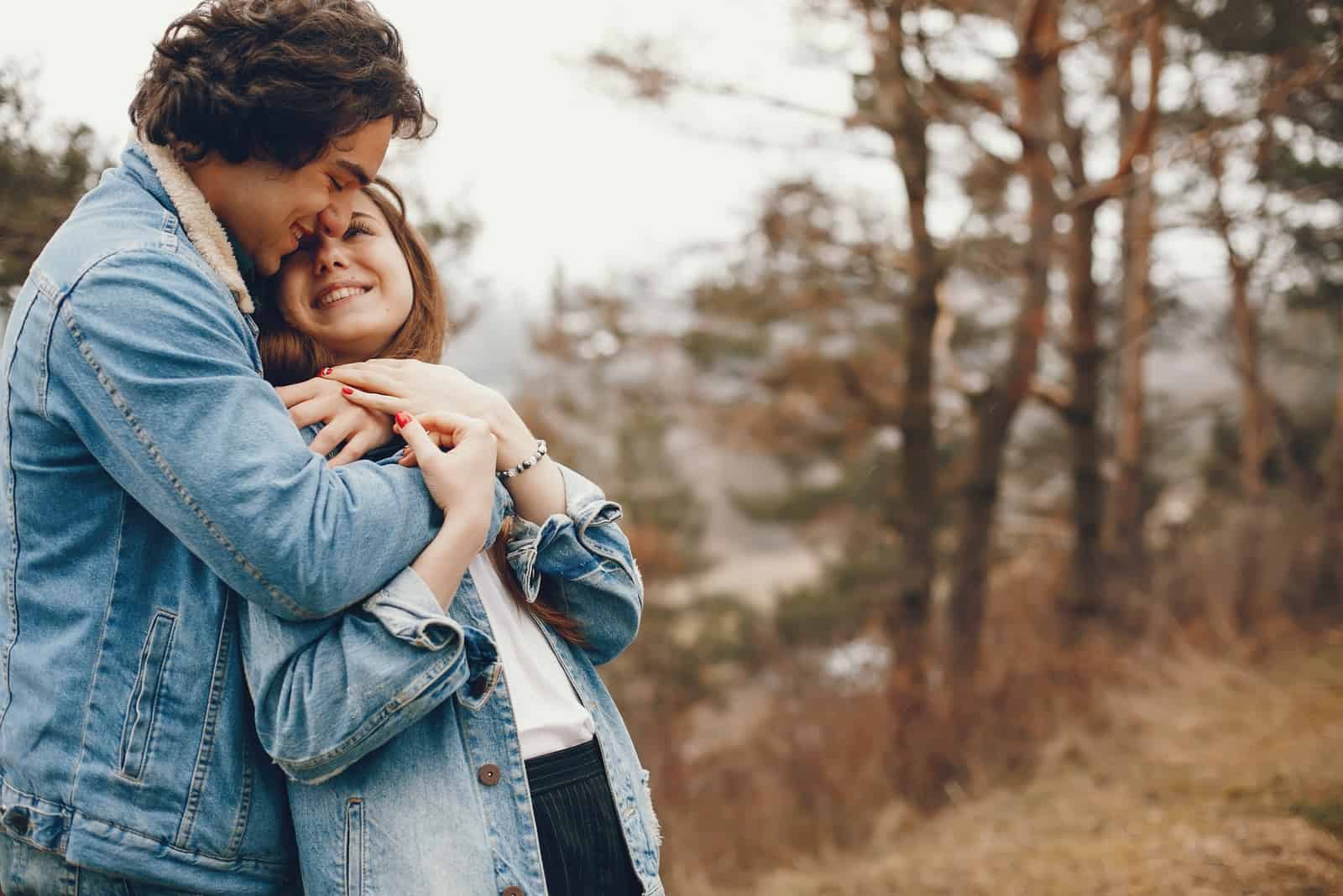 When a woman truly loves you, you become her favorite teddy bear, safe haven, best friend, and companion.

A woman’s love is both as fragile as a flower and as powerful as titanium. If you don’t water it regularly, her love will wither.

Be a gentleman. Be a man who is worthy of her love. Make her the happiest woman in the world because if you do, her love for you will multiply and become even stronger.