When we get our hearts broken, when we feel like there’s no one in this world who understands us, when everything is going badly… we always think about that one person in our life, that one good friend who is always there for us.

No matter how tough times may get, it’s always important to have a loyal friend on our side.

Being a loyal friend is so much more than what we would expect it to be. It’s also much more than writing a happy birthday letter to your best friend once a year. People tend to ask me why is loyalty even important in friendships?

Being a loyal friend means having priorities. Whether we would like to admit it or not, we all have that one person in our life who’s always on our mind in a non-romantic way.

It’s that one friend we always think about—whether they are doing fine and if we can help them get through those tough times just a little bit more easily.

To prioritize friendships means to know when to go to your best friend, even when they haven’t asked you to.

It means to always have free time for them, to let them lie in your lap, and help them solve any issues they might have in their life. 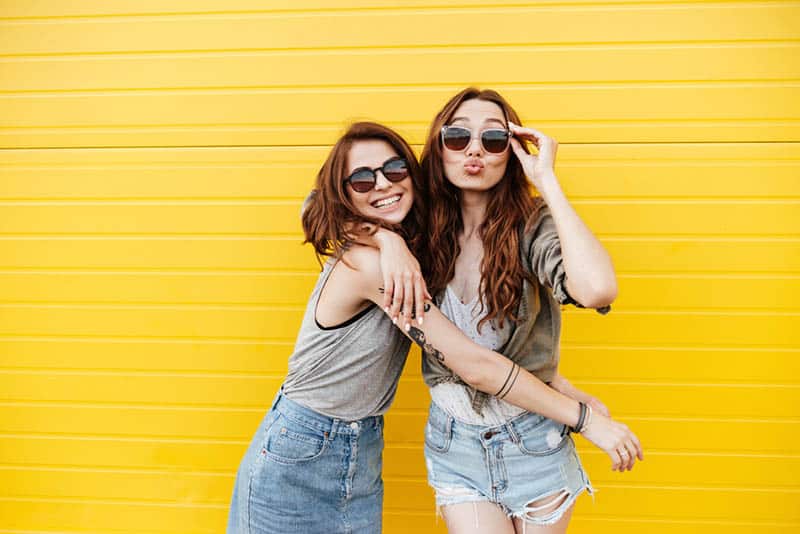 It’s knowing that they will be on your side no matter what. What is a loyal friend if not someone who stands up for you when someone says something bad about you?

When there are times that they find themselves in the company of someone who might not like you, and they don’t hesitate to shut them up, telling them how much of an awesome person you actually are—this is what it means to have a loyal friend!

Someone who won’t think twice about defending you.

When you have a boyfriend who doesn’t seem right, a loyal friend will come up to you and say what they think.

I can’t even count the number of times that the people I thought to be my true friends lied to me, hiding the fact that they had seen my boyfriend cheating on me during high school and even gossiping around. Those aren’t real friends!

A loyal friend is someone who makes the relationship they have with you their priority! No one should be more important.

Being a loyal friend means that they will run to you the moment they see something that’s not right.

It’s that friend who gives you an honest opinion that a guy might not be the right one for you for many reasons that they can see, but you don’t because you’re blinded by love.

It’s that friend who is not afraid to tell you when you buy something stupid that doesn’t look good on you. Yup. That is the definition of true friendship. 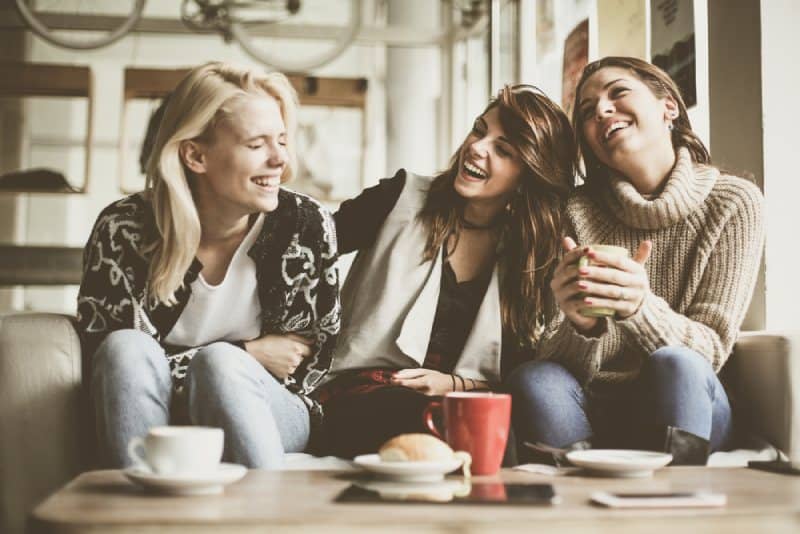 And when I say ‘loyal friend’, there is someone who pops up in your mind.

Someone whom you love so much, and that platonic love is enough to keep you two tied together for the rest of your lives.

Your loyal friend is that one person in your life whom you first go to, to talk about that stupid text message or a comment your man sent you on social media.

It’s that person in your life who ends up loving you, even though they know how crazy you are.

It’s that one friend who will stay faithful to your relationship in bad times, good times, forever and always.

And when you introduce them to a new friend you’ve just met, they are not jealous because they genuinely enjoy being in the company of all of your close friends.

They know that they will always be your bff no matter what, and you don’t have to reassure them of how important and special they are to you.

Loyal friends are those friends whose main focus is on improving your friendship and not just leaving when things get rough.

One of my favorite Bible verses about friendship from Proverbs 18:24 explains this one: “There are ‘friends’ who destroy each other, but a real friend sticks closer than a brother.”

There are friends who are only interested in your company when things are going smoothly—which is the easiest part of any friendship. 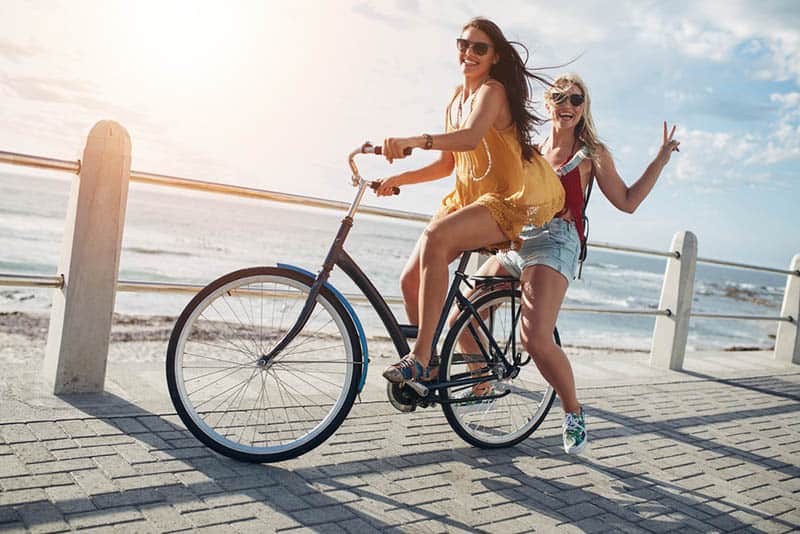 But, true, loyal people know that sticking together during hard times instead of just giving up is what makes a friendship stronger and deeper. True friends never give up on their friendship.

They find a way to make things work, and they never give up until things are back as they used to be.

A loyal friend never forgets to pick up their phone when you’re in need of their help or advice.

They don’t make excuses like: I was busy doing this and that…because they know that you would never do that to them were they in the same situation.

And even if they were really prevented from answering the phone, true friends don’t forget to call you after that.

Their priority is your well-being and happiness, and they never make you wait because they are loyal friends to the core.

They are always there for you, ready to give you a hand and help you fight evil forces and people.

Loyal friends bury your secrets deep in their hearts, and they never, under any circumstances, betray your trust.

You can tell them anything you want without fearing that tomorrow half of the city will somehow know about it.

Your secrets are safe with them because their hearts and intentions are pure.

They don’t pretend to be your true friends only for the sake of collecting your “personal data” and sharing it with other people.

True friends are those friends who never give you any cause for mistrust.

When you have something important to share with them, you don’t think twice about it.

You just call them or go to them and tell everything that’s on your mind, knowing that your secrets will be safe with them because their beautiful hearts are the safest places on the planet. 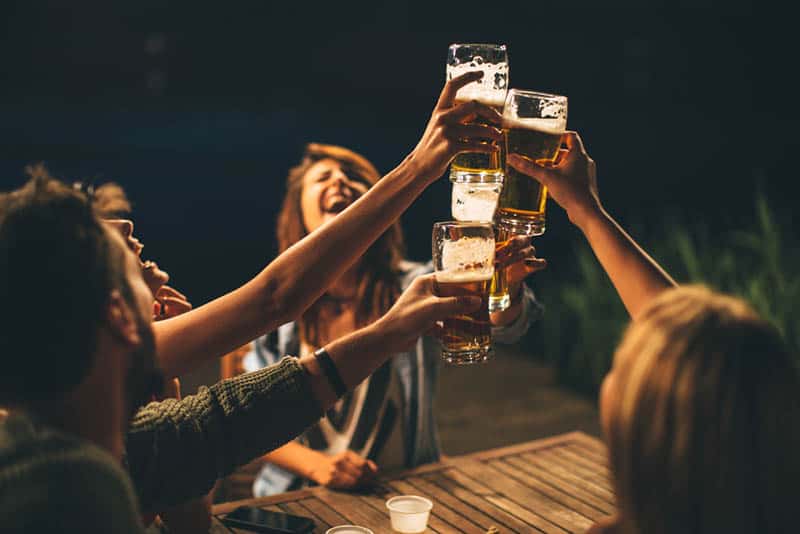 Loyal friendship is the one that inspires you to become a better person.

Loyal friends don’t judge you (for any reason), and they don’t make you feel less important.

Instead, they inspire you to become a better person and the best version of yourself.

If you’re doing something wrong, they don’t just stay silent, watching you falling down.

They let you know about your wrong decisions, and they don’t give up until you’ve understood what they are trying to tell you.

Loyal friends don’t force you to do something you’re not comfortable with just because they are doing it.

They understand that everyone has their own choices, and they respect yours.

They respect you and love you for who you really are—not for who they want you to be.

They love your quirks and flaws because that’s what makes you special in their eyes.

They know that these are your trademarks, and they give their best to nurture your genuineness.

It means hugging, cursing, yelling, crying and bleeding together because you believe in your special friendship, and you wouldn’t want to go through all those things with anyone else.

It means doing stupid things only for the sake of doing them, laughing later together about how stupid you really are, and embracing that moment with pride and more laughing.

Being loyal to friends means rising up, falling down and rising up again, no matter how many times you’ve fallen.

It means always supporting and understanding each other no matter what because if you won’t, you know that no one else will.

It means being together in stupidity, good times, bad times, chill times and bleeding times.

They are not afraid to cry in front of each other and be vulnerable because they know that they are the strongest when being together.

They know that recollecting your old memories is what will make you feel better, and they know how to turn your tears into a smile.

And they are ready to plot revenge with you against the whole world if needed because that’s what loyal friends do.

They don’t give a shit about what other (irrelevant) people think. They do what they have to do, and they do it because they really want to.

Your happiness is a reflection of their own, and your bodies and souls are in it together.

Yes, that’s what being a loyal friend is all about. So don’t forget to treat your friends like they treat you—with respect, love and protection.

You might not find someone as amazing as they are ever again in your life, so don’t make the mistake of thinking that they won’t hold it against you for not being there for them (especially in hard times).

Now, let’s summarize all of this with one of the most beautiful quotes about loyal friends by Maurice R. Franks:

“Loyalty cannot be blueprinted. It cannot be produced on an assembly line. In fact, it cannot be manufactured at all, for its origin is the human heart – the center of self-respect and human dignity.”