I don’t know about you, but I never thought that someone else was guilty of the fact that I was struggling with my anxiety.

I always thought that the problem was in me and that I was the one with some unsolved issues and that that’s why I am anxious all the time.

I didn’t even pay attention to the people around me and how I felt because of them. And most of all, I didn’t think what my partner makes me feel like.

But now when I am older, I actually see that my anxiety had a lot to do with the way he treated me. Or better said, the way he mistreated me.

It took me a long time to actually accept that I was living with a master manipulator, a narcissist in disguise, the man who was convincing me he was the best thing that happened to me while he was beating me to an  emotional death over and over again.

I couldn’t even realize why he was doing all those things to me when he said he loved me.

I don’t know why he abused me using all sorts of different tactics and tricks, so I didn’t actually realize what he was doing all the time.

But somewhere deep down, I knew that my anxiety and my panic attacks were not a regular part of life. I knew there was more than just some superficial problems at work that made me feel bad.

I knew it all, but I didn’t want to accept it.

The whole time I was living with him, my anxiety got even worse, and every new day with him was a roller coaster of emotions and fighting to be noticed. And in all that mess, I lost the most important person—I lost myself.

And this is how it all actually happened:

I became anxious because he had been gaslighting me.

Every day that I spent with him was some sort of fighting to get noticed. He was a man who did things his way or no way, and I wasn’t strong enough to confront him.

In fact, I loved him so much, and I didn’t want to hurt him by expressing my opinion because I knew he wouldn’t go along with it.

And in not listening to what I had to say and obeying only his rules, my anxiety attacked me even more since I wasn’t satisfied with my life.

I couldn’t stand that the man I was doing the impossible for paid attention to someone who didn’t even have to try to ask for it.

I became anxious because he isolated me from my friends and family.

I guess it was all a part of his wicked plan. He deliberately isolated me from all of my friends and family, telling me that he is the only person whom I need.

By trying to satisfy him, I was left without people who were my whole world. But he didn’t see my sacrifice and continued to abuse me mentally.

He blamed me for all the bad things that happened to us and when that happened, I didn’t have anyone to call and to ask to be there for me.

So, I became more and more anxious every day. I thought I was losing my mind while he calmly watched me falling apart, not doing anything. In those situations, I saw how small his heart was.

I became anxious because he couldn’t feel empathy towards me.

No matter how much I tried to explain to him that he was doing me harm with his behavior, he didn’t want to accept it. He would always do things his way, and he never listened to what I had to say.

With him, I felt like I wasn’t important and like he thought I am stupid. He never told me that he cherishes me and respects me, and all I felt while I was with him was pain.

But somehow I thought that the pain was what I had to go through in order to be happy. That was one of his tricks as well.

He never wanted to say that he was guilty of my mental condition and that he made a sick woman out of a completely healthy one.

I became anxious because he was manipulating and exploiting me.

All narcissists have one thing in common—they know how to get what they want with negative tactics but act like they are the positive ones.

That’s what he did to me. He manipulated me, trying to blame me for the things I didn’t do. He did that so I felt bad in my own skin. He made me completely lose my mind.

He made me believe I was the crazy one. With him, I didn’t feel I was worthy.

I felt I was the unlovable one. And all those negative emotions accumulated inside me.

It is no wonder that I exploded and that I became a totally different person.

The one who overthinks, who isn’t sure about her decisions, the one who thinks she isn’t good enough. I totally lost myself over a man who didn’t give a damn about me.

And many times I apologized to him even if I wasn’t guilty of anything.

In that way, he was feeding on me. He was sucking me dry, and he didn’t even pay attention to my feelings.

He would always make me the main problem maker while he was making a victim out of himself.

And I didn’t know what I would do in all that mess, so I obeyed his rules. I needed him like the air I was breathing, even if he was making a fool out of me.

And no matter how much I wanted to change that, I simply couldn’t. He had enormous power over me, and I felt the best thing was to just give up because I knew he would win in the end.

I became anxious because he made me feel like I was the crazy one.

One thing he did repeatedly was making me feel I was the crazy one. While I was with him, I never said my opinion because I was afraid of his reaction.

I literally walked on eggshells trying to make him satisfied. But at that time, I didn’t have any other option because if I confronted him, he would leave me alone with my kids.

And I put up with all his shit because of them. I thought it is better they have some kind of father than that they don’t have a father at all.

But now I see it all crystal clear. I realized I should have let him go a long time ago. It would have been better that way both for my kids and myself.

My life would have been so much easier if I hadn’t met him.

This is just a part of what kind of torture I went through while I was trying to keep my partner close. Now I can see that my severe depression and anxiety happened because of him and that the only way to get better again was to actually give up on him.

And thank God I did that in the end. I realized that the only person I need to please is me and that nobody is worth me sitting alone at night and asking myself if I am good enough.

Nobody was worth my tears and my losing my mind. And the one who is worth it would never do something like that to me! 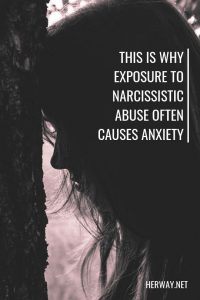