Most men behave too cowardly when it comes to breaking up with the girl they’re dating, and that’s a fact. They just don’t have the guts to be direct with their partner and tell them that they’re breaking up.

Most of them probably don’t want to hurt their significant other’s feelings but they should be aware that they’ll hurt them even more by trying to push them away or making their partner break up with them.

However, there are some clear signs that can tell you if he’s trying to do that. If you notice any of them, you should save your dignity and walk away from that relationship with your head held high.

Contents show
1 He has become distant all of a sudden
2 He frequently tells you that you would be better off without him
3 He starts canceling dates at the last moment
4 He purposely starts fights with you about stupid and irrelevant things
5 He has started behaving mysteriously
6 He avoids serious conversations
7 Suddenly, he has some unreasonable expectations
8 He has started avoiding you as much as he can
9 He stopped including you in his decisions
10 He never texts first anymore
11 He’s just not showing you any affection anymore
12 Your gut is telling you that something’s up

He has become distant all of a sudden 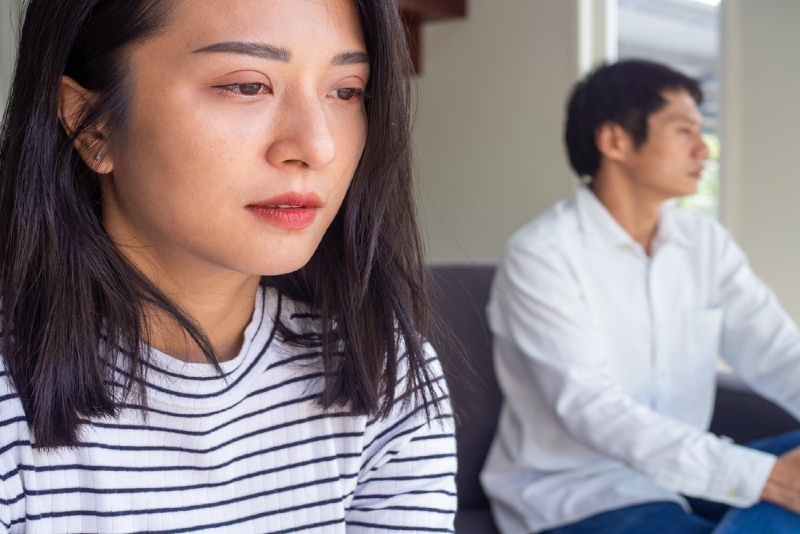 If your boyfriend starts behaving distant all of a sudden and without any reason, you should know that something’s up.

Don’t believe him if he tells you that he’s going through a rough patch right now because he’s not. He’s avoiding you just because he wants to make you break up with him. 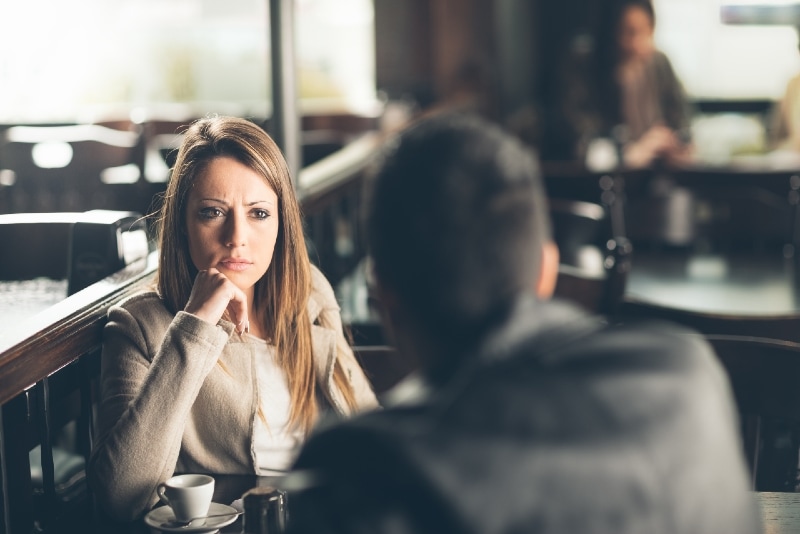 At the beginning of your relationship, he was always so full of confidence and was constantly telling you how he was the right man for you and how he’d give you everything you deserve.

He starts canceling dates at the last moment 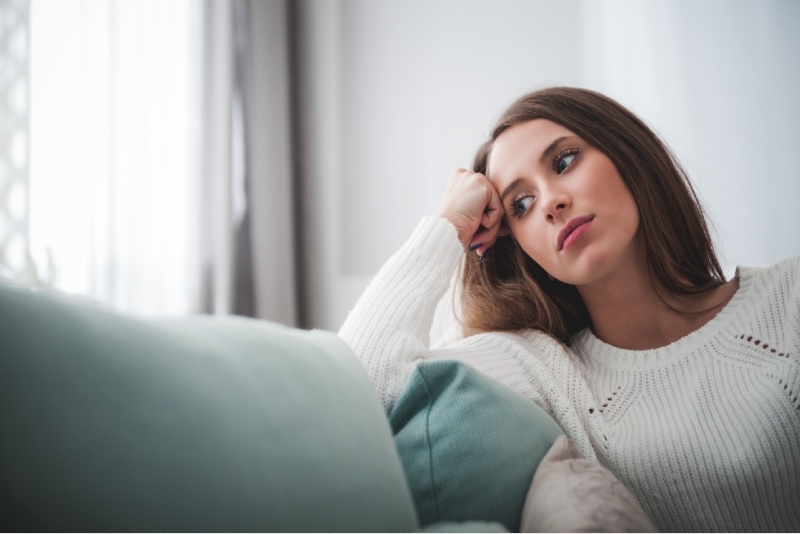 You rarely even make plans to go out on a date and even when you do, he dares to call and cancel it at the last minute. He’ll keep doing that until one day it really annoys you and you decide to break up with him.

He purposely starts fights with you about stupid and irrelevant things 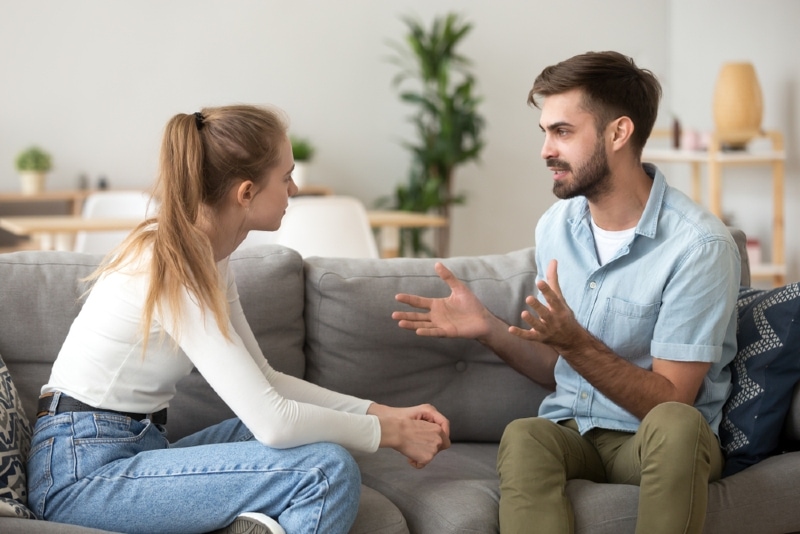 Yes, I agree, all couples do fight and little disagreements are actually healthy for your relationship.

However, if you notice that your partner starts fighting even over irrelevant things, you should ask yourself what the real reason for that is.

Do those stupid little things really bother him or does he fight about it only because he wants to push you away and thinks that by constantly arguing with you, he’ll get rid of you faster?

He has started behaving mysteriously 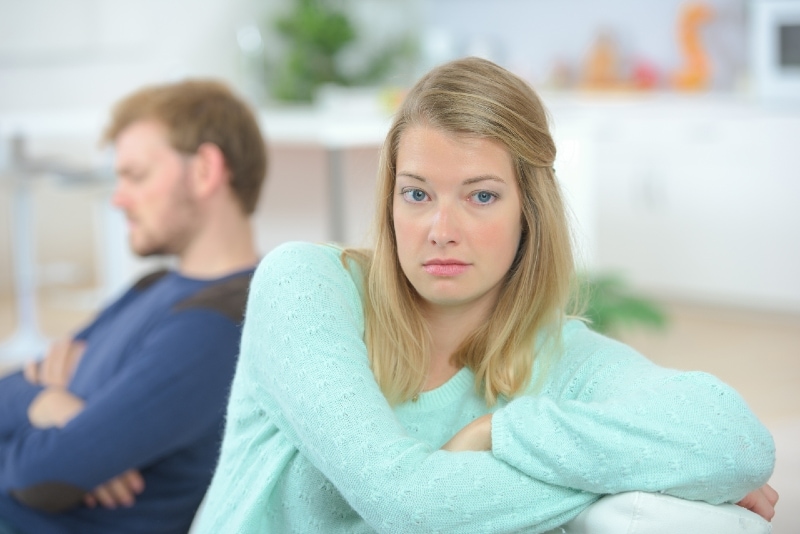 You always had such a strong bond and a healthy relationship. You were each other’s best friend and romantic partner and you never kept secrets from each other. But now, things have changed.

Your partner has some secrets or has started behaving mysteriously all of a sudden.

You don’t know where he goes or with whom he spends his time and when you ask him about it, he just changes the subject or simply says that you’re just smothering him. 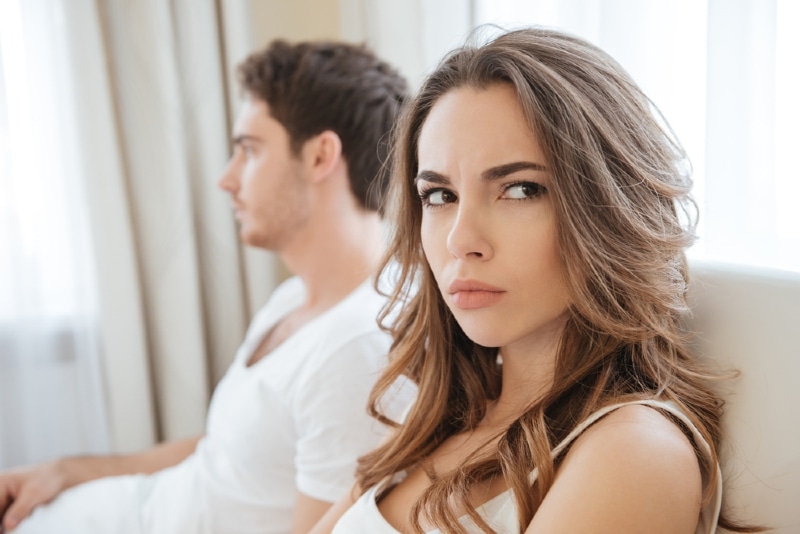 Every time you ask him to have a serious conversation, he makes up some excuse and avoids it.

If you ask him if there is something wrong or if there are any issues in your relationship, he keeps quiet, or worse, he tries to change the subject again.

Suddenly, he has some unreasonable expectations 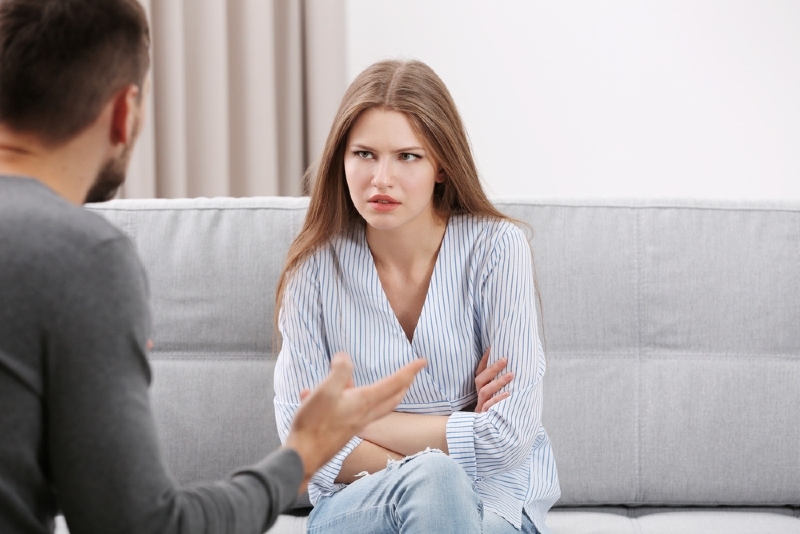 We all have some expectations of ourselves and our relationship too. However, we always have to pay attention and keep those expectations real and reasonable.

If your boyfriend has suddenly started making some strange demands of you, you should know that it’s how he wants to push you away.

He has started avoiding you as much as he can 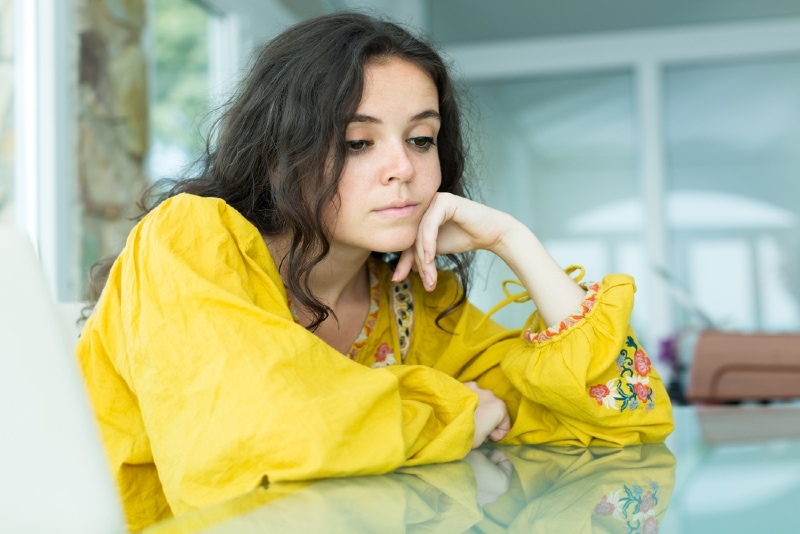 If he makes lame excuses every time you suggest a date or something or if he’s ignoring you in any way, don’t think that it’s because of something you’ve said or done.

It’s not your fault. You didn’t do anything. His withdrawal is just another technique that he’s using to push you away.

He stopped including you in his decisions 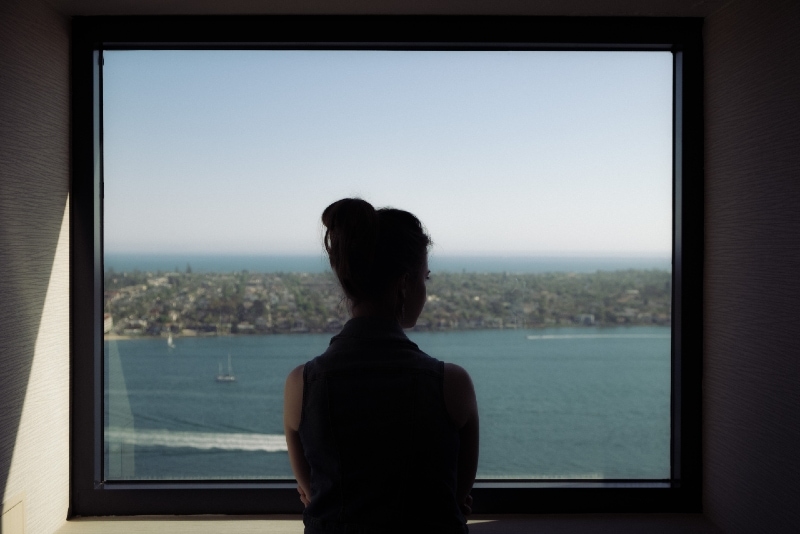 You were in a healthy relationship and of course, you were both included in each other’s decision-making processes.

That has also changed. Now, he’s making all decisions by himself without even consulting with you so it seems like all of a sudden, your opinions and feelings aren’t important at all, even though they should be.

The first moment you feel neglected by your partner is the moment that your relationship starts to suffer. 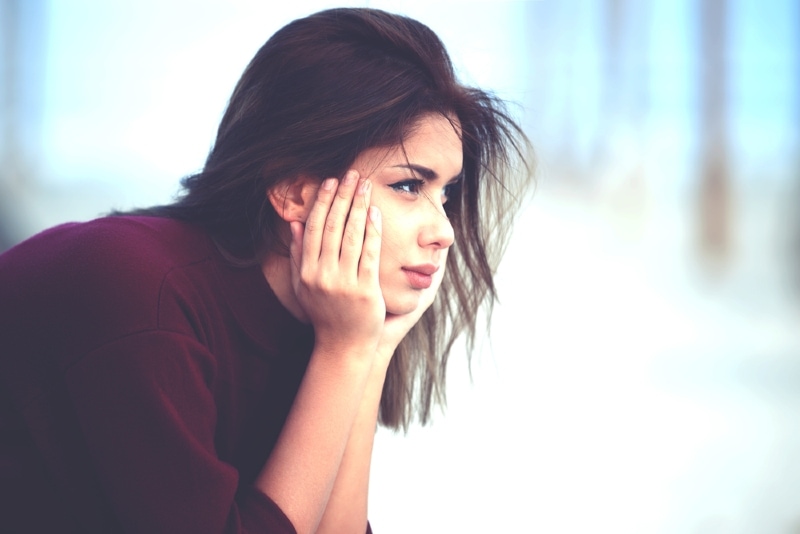 It’s not that you always still expect him to call or text first but you just can’t understand how a person who wanted to talk to you all day long now doesn’t have time to call you just to check how you are.

If he doesn’t have time for you anymore, not even to text you a simple ‘How are you?’ message, you really should think about the future of your relationship.

He’s just not showing you any affection anymore 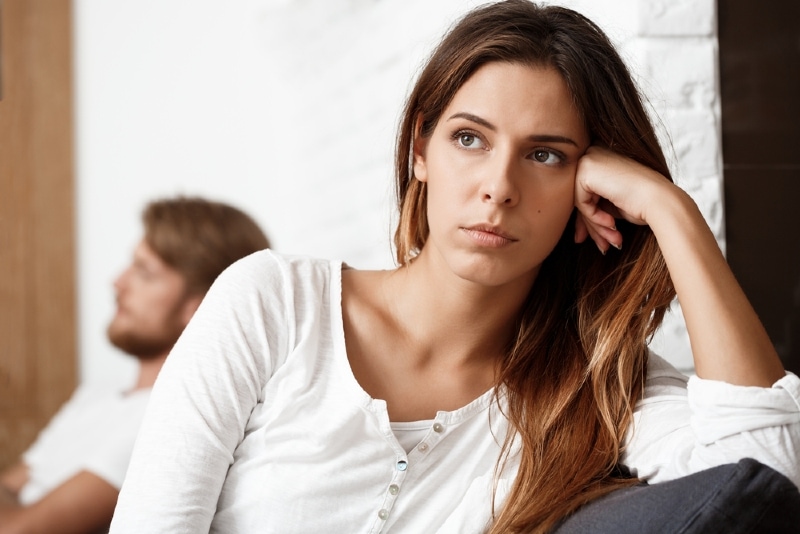 He had so many cute romantic nicknames for you before but now, all of that has disappeared. He only calls you by your name, like you’re just two colleagues or acquaintances.

There are no more romantic surprises or sweet little gifts for no reason. All of that is the past now, like your relationship will soon be.

Your gut is telling you that something’s up 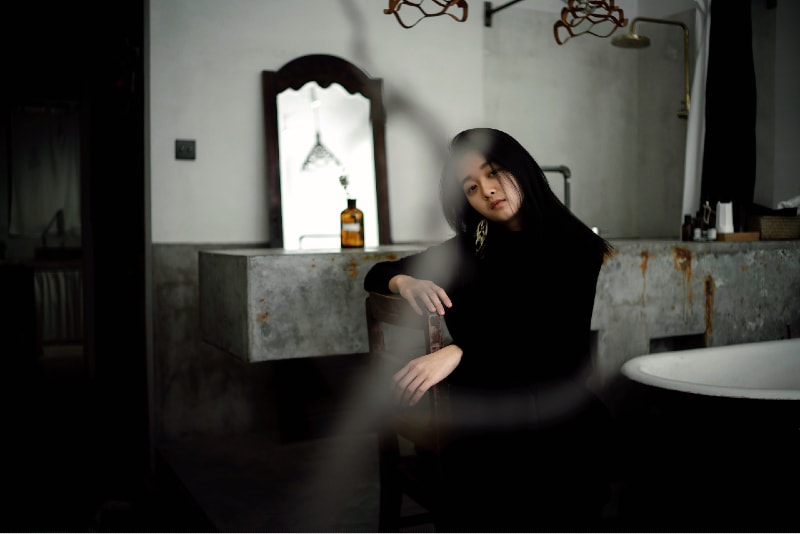 You’re a woman and you should always trust your gut. If it’s saying to you that something’s wrong or that your man doesn’t love you the same anymore, you should definitely at least start wondering if that’s true.

Never cry or beg him not to leave you. You should never humiliate yourself, not even for the sake of love.

He’ll realize his loss one day, just like you will understand that walking away from that relationship was your best decision ever.