If you like nerds, raise your hand. If you don’t, raise your standards. (Violet Haberdasher)

Before I go on about nerdy guys, here’s something that needs to be said: Not every girl dreams of a ripped bad boy on a motorcycle who’s going to sweep her off her feet.

Yeah, it sounds nice but in reality, most of those smooth-talking, sexy, smirking guys end up being players unable to have a serious and committed relationship. 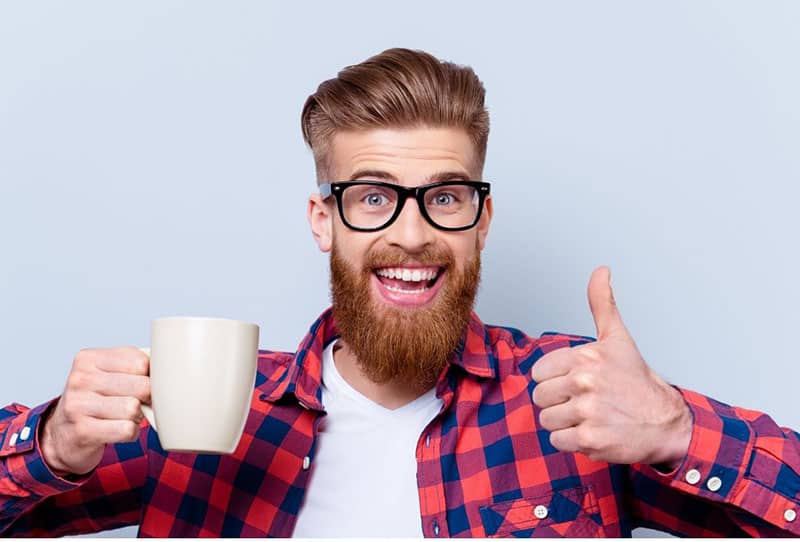 If you’re looking for more than an initially promising but progressively underwhelming hookup (yes, that’s exactly how it goes 90% of the time), find yourself someone who’s interested in more than meets the eye, lives authentically and loves passionately; in other words, find yourself a nerdy man.

Firstly, let’s clear up the meaning of the word nerd. Many people use the words nerd and geek interchangeably, which is totally wrong because they don’t mean the same thing.

A nerd is someone who is seen as overly intellectual and very interested in non-mainstream activities which are generally very technical and often relate to topics of science fiction or fantasy. 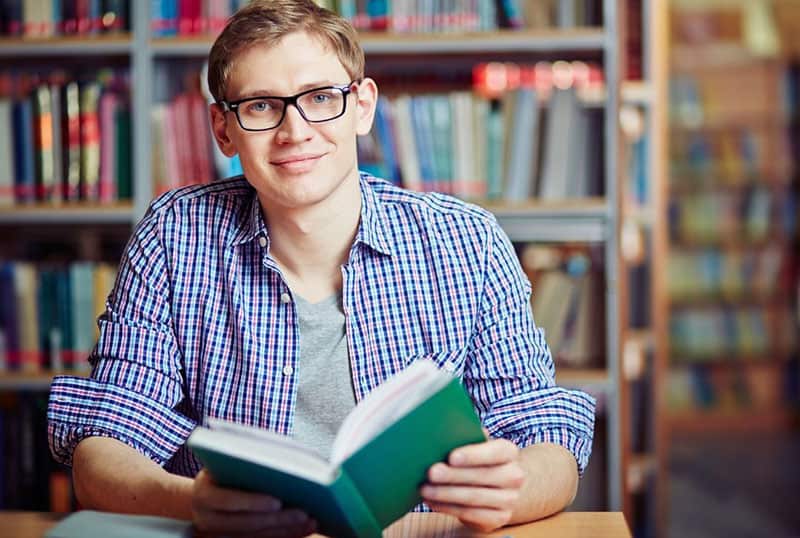 Nerds are often portrayed as socially awkward, shy guys who are extremely smart.

Unlike geeks, they are more inclined toward reading books and studying science subjects such as mathematics, physics and computer science.

A geek is an enthusiast of a particular topic or field. They are collection-oriented and gather facts related to their subject of interest. 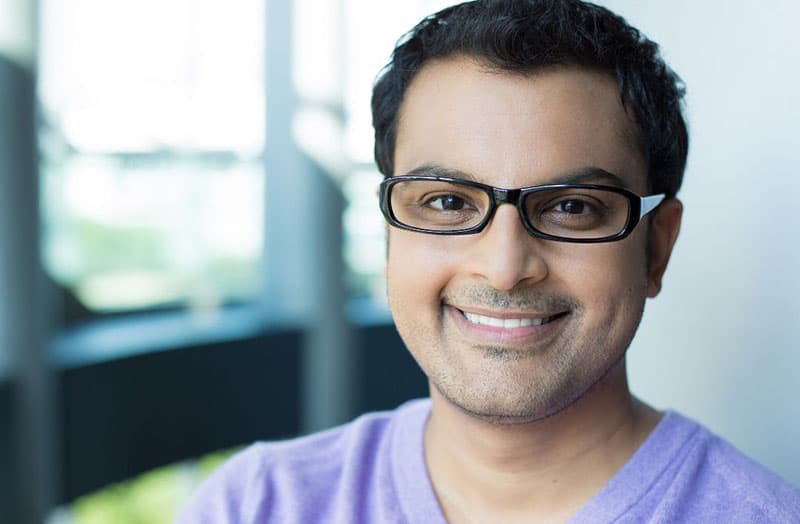 They are obsessed with the newest things that their subject has to offer and are often seen as hipsters. They are not typically studious and achievement-oriented, like nerds.

Now that you know how to correctly categorize your socially awkward high school peer who crosses your mind every time you see something Star Trek- or Star Wars-related, here are the things to show you why he also might have been a better boyfriend than your high school sweetheart but never stood a chance:

He is passionate about the things he loves 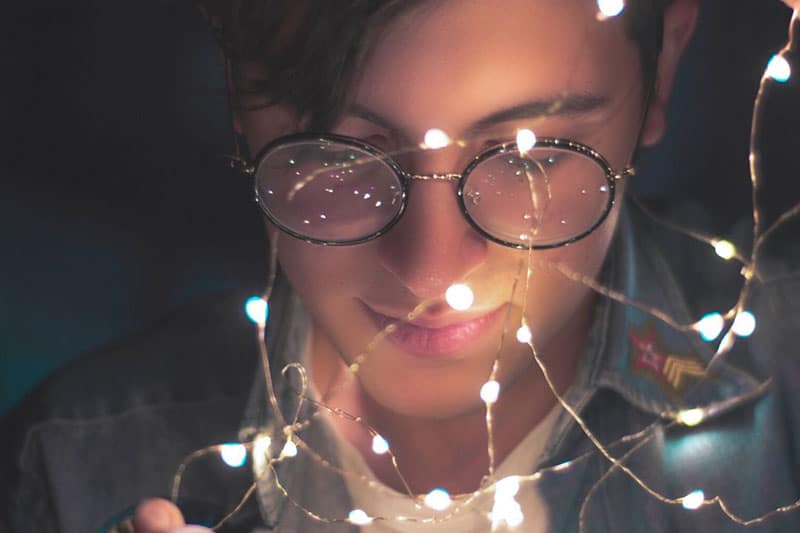 To be a nerd is to be passionate. There is no other way a man can know that much about one very specific and non-mainstream topic without being passionate.

OK, a lot of the time, those topics are video games and comic books but nevertheless, passion means curiosity, love and commitment; the same thing you are looking for in a serious relationship.

He is a person you can learn from 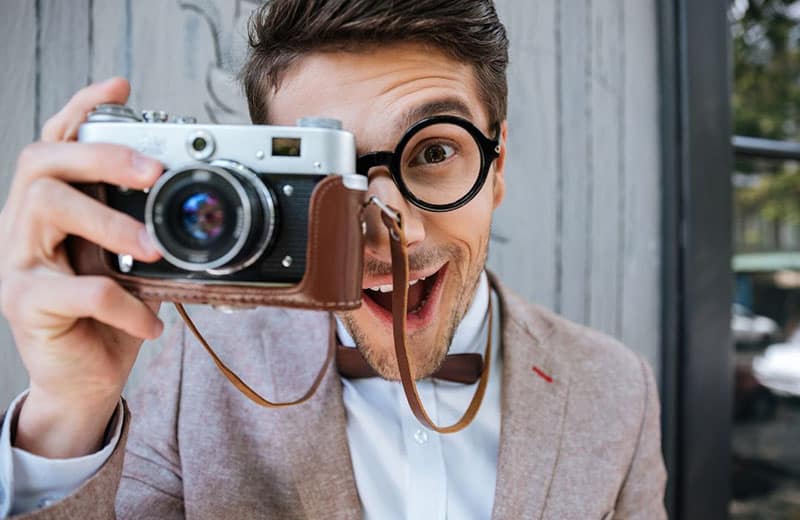 A nerdy boyfriend is a boyfriend you will learn a lot from. I can guarantee that you will hear about something you have never heard of before already on your first date.

I don’t know about you but to me, a knowledgeable and smart man can be the sexiest thing ever.

Suddenly, you will have so many new perspectives and things to think about. He will always challenge your views in a healthy way.

He doesn’t really care about impressing anyone, that’s just how he is.

There is the term sapiosexual that describes a person who is sexually attracted to the intellectual and mental qualities of another person and that is exactly how a nerdy boyfriend makes you feel.

He is very understanding 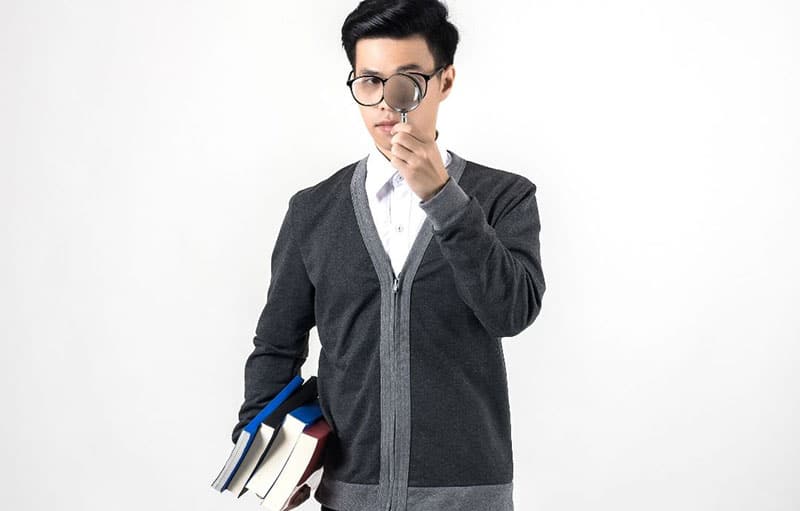 A person who knows a lot understands a lot. He is able to view things from more than one perspective and search for logical solutions.

Being obviously different has made him more understanding when it comes to people’s personal preferences and interests and what they do with their free time.

He is also eager to understand things he doesn’t know about, which is a very important trait!

The will to learn about things you don’t understand is very underrated and rarely talked about trait in the dating world.

Nerdy types love to grasp the true causes of things and truly understand everything they can; including you. 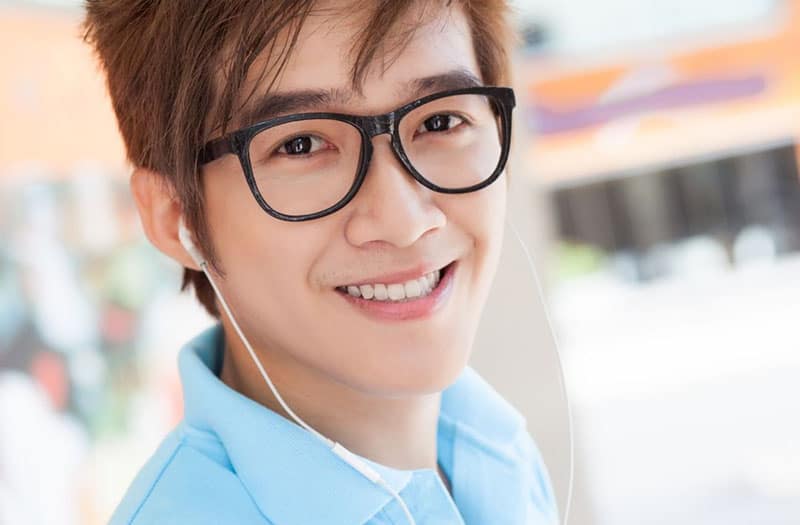 Unlike your typical fake nice guy who starts off with sweet-talking and going out of his way to do some chivalrous thing and ends up being the pettiest, most frustrating asshole ever, a nerdy guy doesn’t care about impressing you.

I already said that being nerdy means being passionate; the same goes for authenticity. There’s no way someone can call himself a nerd and fail to be authentic.

If they cared about all that stuff, they would never be a nerd in the first place. The best dating advice when it comes to dating a nerd is to be as authentic as they are.

He is serious about the relationship 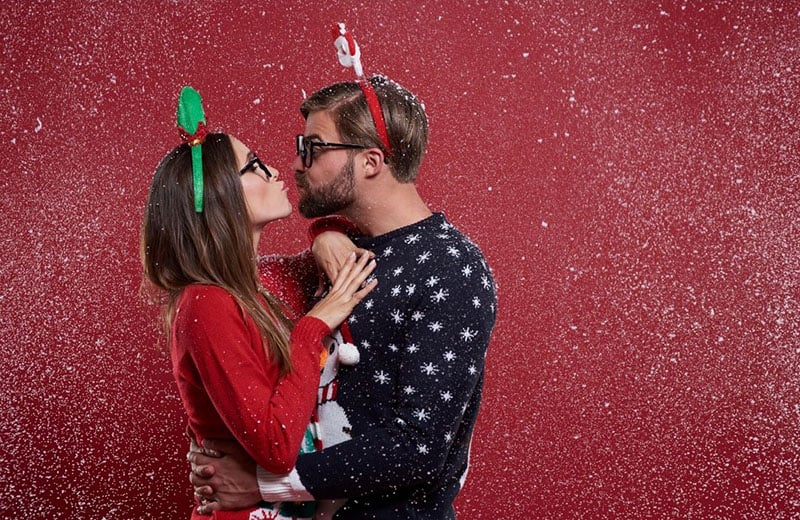 He’s the type who knows what he wants. He approaches everything by giving it some thought in advance.

They’re not players and they don’t like drama so with a nerd, you can live free of mind games and unnecessary doubt.

For example, he won’t ignore you or your calls to make you feel miserable, send double-meaning texts to upset you or tell his friends about his irritating girlfriend.

Unlike boys who are used to girls falling all over them, he will appreciate your efforts and your care.

A nerdy boyfriend will value the way you treat him and he will know he has got a good thing going on. 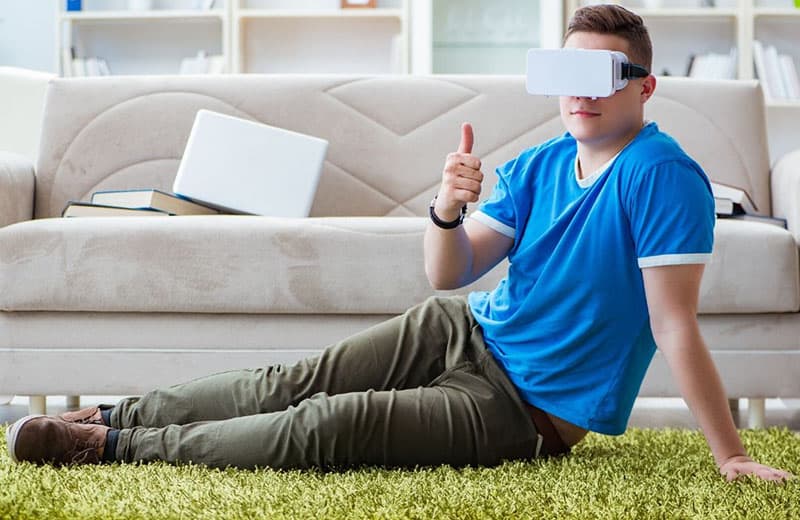 This is the best thing ever. The chances are you are going to spend your Friday nights cuddling and bingeing some sci-fi Netflix TVshow or rewatching your favorite nerd-leading movies like Spiderman.

Yes, Spiderman is a nerd too. He is perfectly fine just being with you without having to leave the house.

It is not like he hates going out but he usually prefers spending time at home with you.

Who wouldn’t want a boyfriend who prefers spending time with you instead of going out to a club with his homies?

He is incredibly smart 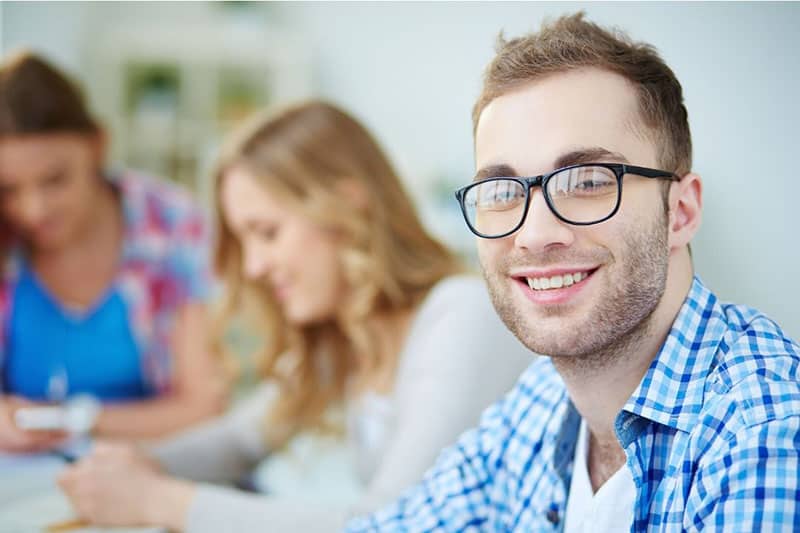 He is like a walking, talking Google. He knows everything about any topic you can think of.

It is true that nerds hate being a novice at anything. This quality might be surprisingly positive unless it is about a new video game he cannot stop playing for a few days in a row.

For example, they will read your favorite books and listen to the discography of your favorite band so they can understand you better and have a meaningful conversation about it with you. 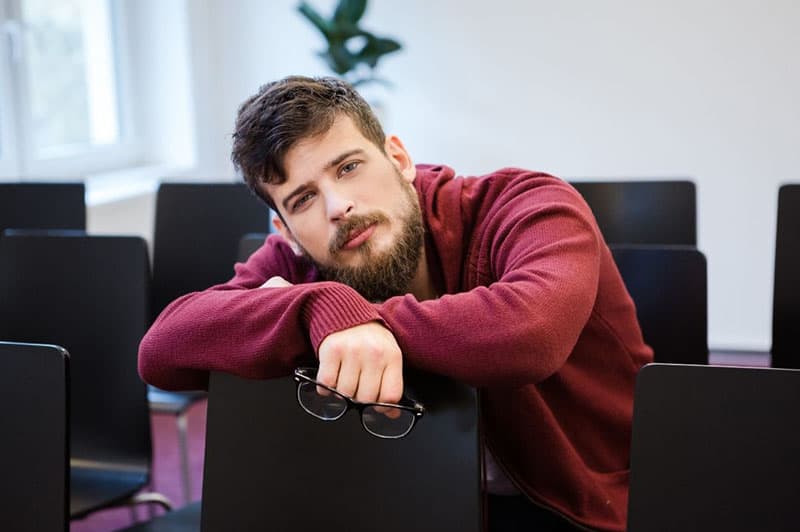 He remembers all the details you share with him so he never forgets important dates and always remembers the first time you did something.

He has a great sense of humor 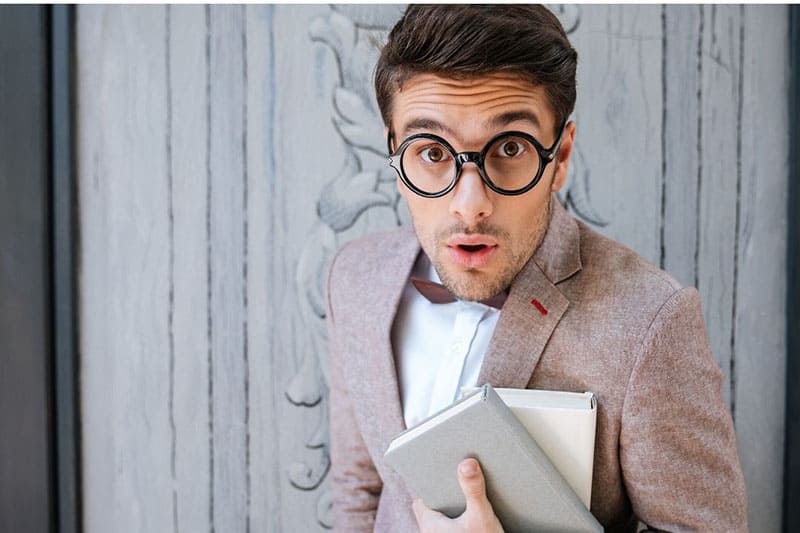 If you’re into dry humor and lots of puns and references, you need a nerd in your life. Nerds are not always serious or studious, they like to have fun but they’re specific about what they find funny.

Researchers discovered that funny people, especially ones who enjoy dark humor, have a higher IQ than their less funny peers.

Apparently, it is argued that one has to have both a cognitive and emotional ability to understand and produce humor. 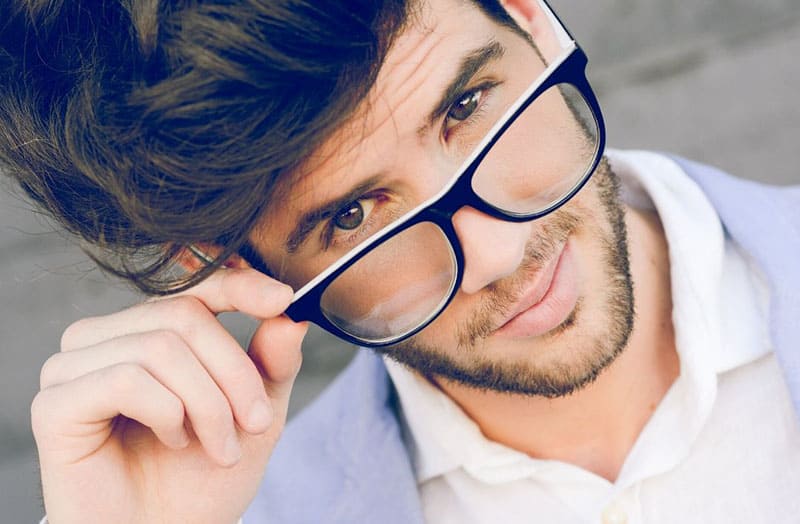 The analysis shows that funny people have higher verbal and nonverbal intelligence and they are less aggressive.

Not only are funny people smart but they’re also good company.

Having a good sense of humor is linked to high emotional intelligence, which is obviously a highly desirable quality in a partner.

In studies about attractiveness, both men and women rate funny people as more attractive and claim that having a good sense of humor is one of the most important traits in a long-term partner.

He has skills other people don’t have 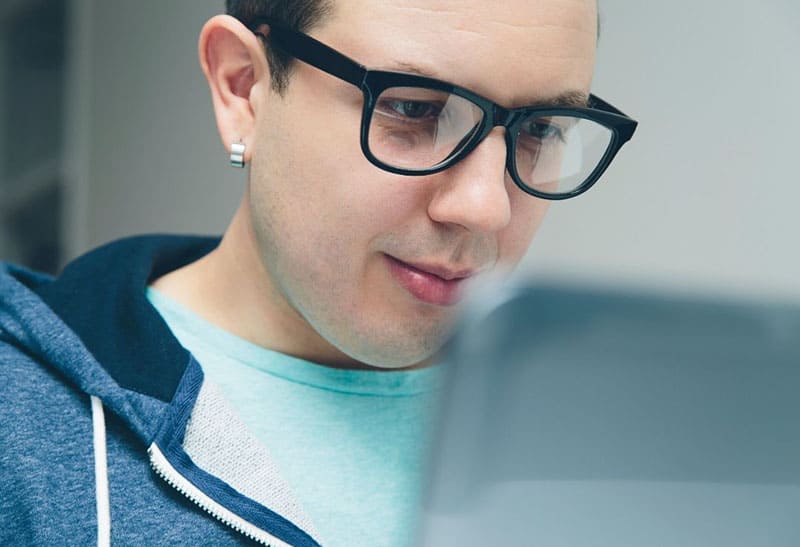 A nerd guy is basically, along with being a great boyfriend, free 24/7 tech support. He might be a little bit socially awkward but when it comes to the things he knows, he is like a superhero.

He always knows how to fix stuff and you don’t have to worry about anything technology related.

Not only that but he is also handy when it comes to mechanical things. Even if he doesn’t know something, you can be sure he will learn about it faster than anyone else.

A bonus is that he always has some kind of useful gadgets you will have never seen before but they make a big difference to your everyday life. 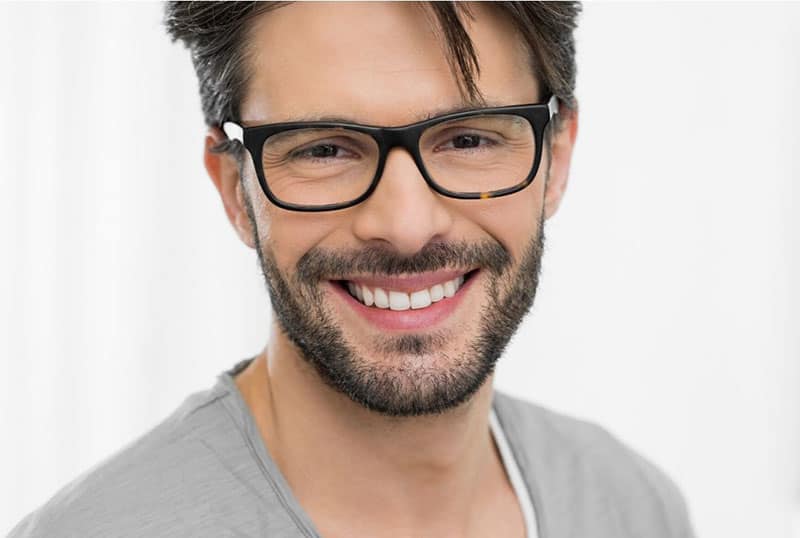 Unfortunately, it is not uncommon for nerdy people to be bullied throughout school. Being called a nerd, geek or dork really affects your life in many ways.

One of them is learning to be open and understanding of other people with atypical interests—the same reason they were once bullied for.

You can look forward to receiving no judgy comments from him when it comes to your guilty pleasures.

He’ll probably take some time to understand them and maybe even eventually adopt your guilty pleasures. Now that is always a win.

He will adore you 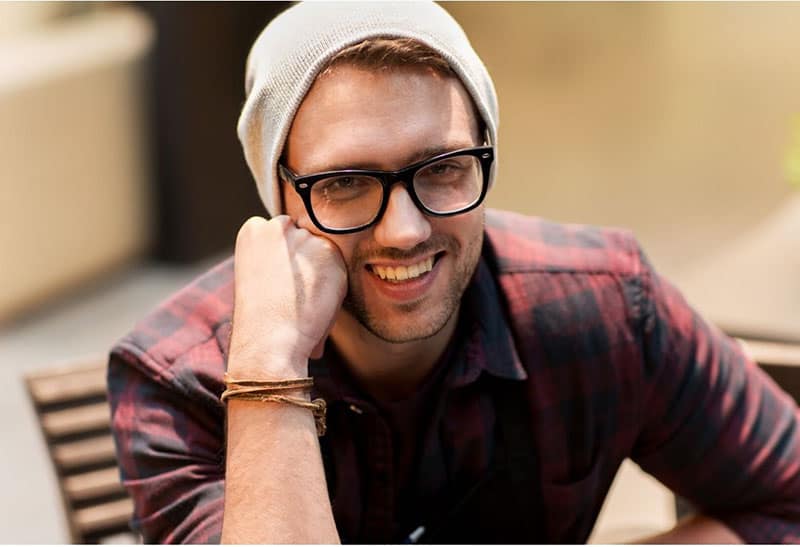 If he is really set on being with you, that means he really, REALLY likes you.

Nerds do not waste time on something or someone they find uninteresting. In order to be dedicated, they have to be passionate, so basically, he is your fan.

All in all, nerdy guys make fantastic boyfriends! If you’re bored with empty relationships, people who don’t treat you right, online dating and meaningless hookups, find yourself a nerdy boyfriend.

If you want to keep learning new things and seeing life in a whole new way, he is the one for you.

Don’t let preconceptions of what your boyfriend should be like drive you away from a nerdy boyfriend. Let go of prejudice, broaden your horizons and see what you’ve been missing out on.

Underneath their shyness and awkwardness, nerdy guys are real husband material and incredibly sexy. 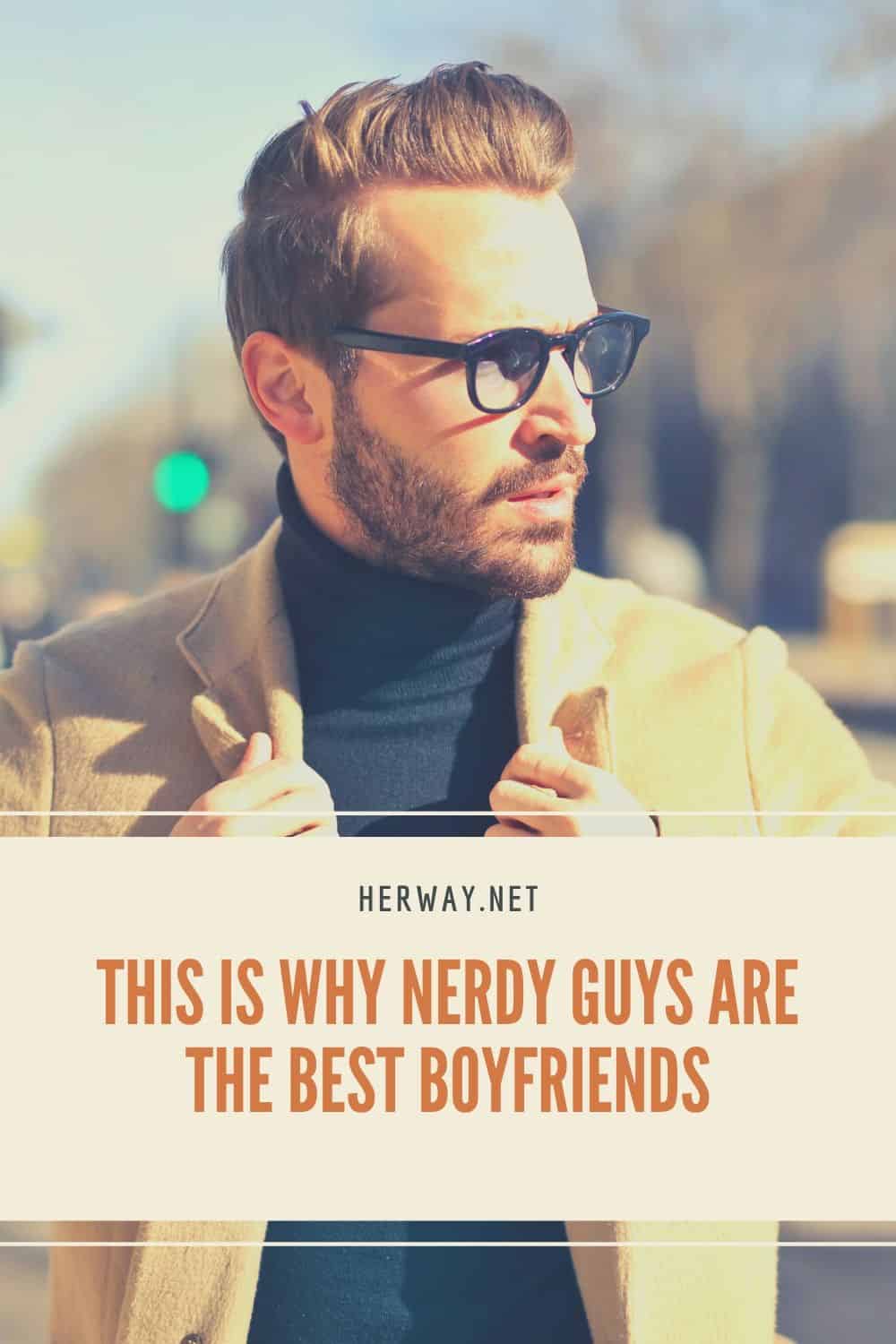