Skip to Content
Contents show
1 1. Cheaters can never be satisfied
2 2. Physical and emotional cheating is not the same for men and women
3 3. Social media sites are full of cheaters
4 4. People who fake orgasms tend to cheat more
5 5. Blond women tend to cheat more
6 6. People with longer fingers cheat more
7 7. People can have happy relationships and still cheat
8 8. People cheat because of a lack of chemistry
9 9. Cheaters mostly cheat with people they know
10 10. Many women forgive their partners and continue living with them

1. Cheaters can never be satisfied

Cheating is just a way to not think about the situation they have at home with their partner. But the catch is that even if they are free to choose anyone who they can be happy with, they will never find someone who will provide them the satisfaction they crave so much.

2. Physical and emotional cheating is not the same for men and women

But even if these two kinds of cheating are not the same, both are very harmful to every relationship, and they can make it fall apart.

It is no secret that social media sites are full of different cheaters. Somehow, that is the best way to cheat because only you have access to your messages and calls, and you can find different people online, even those you don’t know.

In many cases, cheaters who were busted had many dirty sexting messages with another woman, and they were hiding these sexts from their partners. Some of them delete these messages, and some keep them locked to remember the good times they had with their mistresses.

If your partner fakes orgasms, you better watch out because maybe he is cheating on you. That means he only sleeps with you to satisfy you and to make you leave him alone while he truly enjoys his time in bed with someone else. He just wants to do things very fast because he doesn’t want to have sex with you.

That’s why he will fake he is having an orgasm. In that way, he wants to convince you that you were amazing in bed and that you brought him to climax in no time. But in fact, he is just a lying jerk who can’t wait to get into the panties of another woman.

You know that saying that blonds are always having more fun than the rest of the girls? Well, in this case, that is pretty true. According to research, blond women tend to cheat on their partners more than red-haired women or brunettes.

There is something appealing about blondes, and men can’t resist the temptation to seduce them. And if they are into that game, they will go all for it. The adrenaline they get when they are afraid that someone will catch them while cheating on their partner is something like a drug they are addicted to.

That kind of people are always seeking more sexual partners, and they can’t just satisfy themselves with only one. For them, it doesn’t matter if you have the qualities of a good woman. If he wants to cheat on you, he will do it no matter what.

7. People can have happy relationships and still cheat

Even if your man has a happy relationship with you, you can still find some signs he is cheating. Men don’t necessarily cheat on their partners only when they are not satisfied with them but also when everything is fine.

If they are in a long-term relationship, they can stuck in a routine and wish to have someone to have fun with. Many guys do this during their middle-age crisis, and women do this when they lose the emotional bond with their partners.

8. People cheat because of a lack of chemistry

Chemistry is something that connects two people at the beginning of a relationship, and if it vanishes somewhere along the road, chances are high that one partner will seek it in another place. It mostly happens in long-term relationships where couples relax and take each other for granted. They think that their loved one will always be there, and so they don’t show affection and love like before.

In situations like that, most partners find someone who can understand them and who can give them what they crave so much. Believe it or not, sex is not the most important thing in the whole process. Some of these cheaters are seeking emotional bonds and support.

And they do it for a reason. In that way, it will be easier for them to hide they are cheating. They will be able to meet those people like it is the most normal thing in the whole world. And their partner won’t suspect anything because they all are always spending time together anyway.

Also, cheaters know that person very well, and they’ve already gotten to know them. They know what they like and how they function, and that makes it easier for them to satisfy them and give them all they need.

10. Many women forgive their partners and continue living with them

Cheating is something that is not pleasant at all. But we are all different, and some of us may forgive our cheating partners. And if both partners work hard to save what can be saved, the relationship can be better than ever.

Some women said that even after cheating and after they forgave their partners, they actually brought their relationships to a whole new level. That experience made them even stronger. So, even if your partner cheated on you, if you forgive him, you can see some signs he likes you like before and that he really wants to go the extra mile for you and try harder than ever. 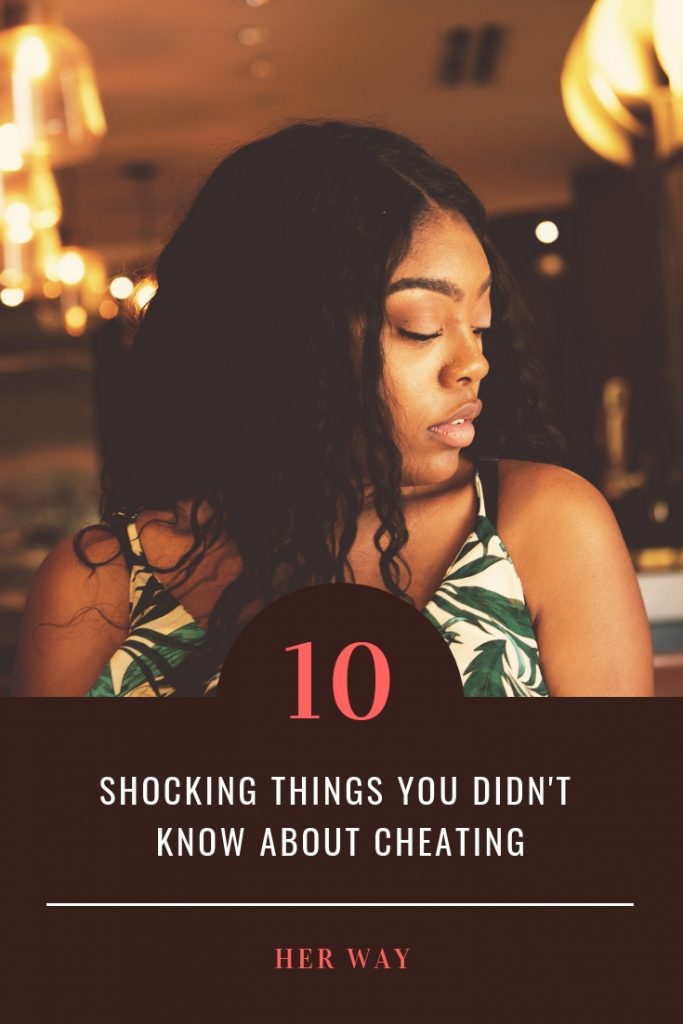