If you want to know if somebody came of age in the 90s, there’s a quick way to find out.

Just totally out of the blue scream out “Schwing!’’ and if they look at you like there’s something wrong with you, you’re probably dealing with Millennials.

(Btw it’s a 90s reference made popular by Mike Myers, and it means being excited about something).

1990s were such an awesome time for slang words. There are so many that are still engrained in pop culture today, and at the very mention, your mind immediately goes back to flannel shirts, Sketchers and listening to Pearl Jam. It was such a cool time.

There so many phrases that are forgotten, or at least not used anymore, but I feel they should make a comeback because they are really something special.

Here are some 90s slang phrases that marked the 90s and shall live in our hearts forever! (Until they come back of course):

It was made popular by Alicia Silverstone who said it plenty of times in the 90s hit “Clueless’’ Classic.

All that and a bag of chips

Used instead of “like’’. “She was all… he was all..’’ A truly peculiar one, but it sure did get the point across.

Used to signify departure. You said it when you were on your way out – “Let’s bounce!’’ or “I gotta bounce, see you later’’

Bout it – bout it

This terminology is from the hip hop in the 90s, and it means you’re basically down for anything! You’re free and willing to do something.

This is used to explain someone’s unnecessary concern over an issue that isn’t as important as they’re making it out to be. “Boy, why are you buggin’??’’

Clowns are generally scary, right? For most people, at least, like in a scary way.

So this would mean that somebody has gone crazy. “HeHe was full on clownin’ on her, it was insane!’’

Somebody’s flat our house, it’s where the crew usually hangs out. “Everybody’s at her crib, come over!’’

This phrase is usually associated with the weekend. Everybody gets crunk on the weekends! 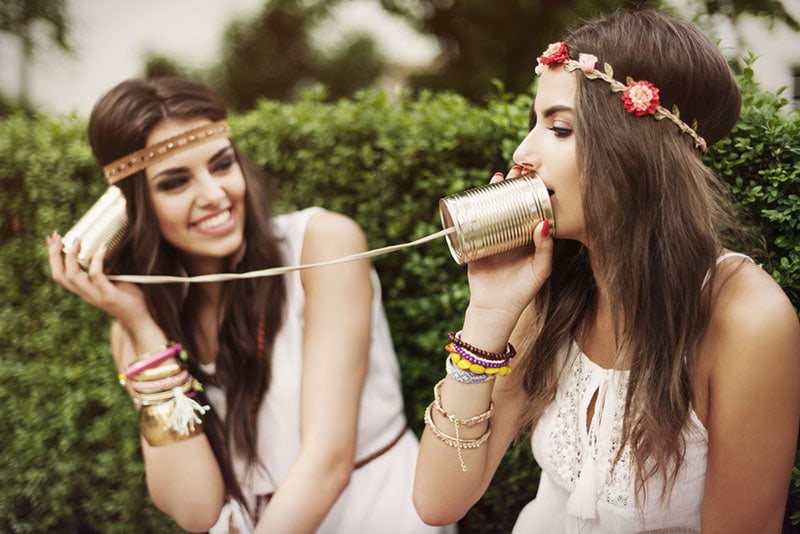 This phrase is usually followed by a strong hand gesture, and you need to say it exactly as it is written.

A pause after every word, it’s a little more dramatic that way. It means that you need to stop doing something immediately. Like seriously.

Something so cool and amazing! This is what they said back in the 90s when something was ‘’it’’.

‘’She was so fly in that music video.’’ Every time I hear this word ,I feel how outdated it is and I can’t help but wish that somebody would start using it again. We need it in our lives today.

This is your homeboy, your close friend! He feels like family, and he’s the one you go to for everything.

You wouldn’t ever endanger this friendship, because it’s too precious to you.

You do not want to be near this person when this happens. When people go postal, it means they went crazy over something!

’I told her I would be late, and she went postal on me!’’ Steer clear of this person. They do not mean well.

when something is really wow. ‘’She look hella good!’’ You use this when you are impressed with something and want to emphasize your feelings about it.

I think this one’s pretty self-explanatory. ‘’Gotta go, bye!’’ You say it as you’re leaving the premises.

But not as in angry. As strange as it sounds, ‘’mad’’ actually means that something is truly awesome!

When you read ‘’mad’’ with regards to anything in the 90s, know that it’s something really loved. ‘’This sandwich is mad good, bro!’’ He really enjoyed that sandwich.

When you want to make someone see that they are stating the obvious, but not in the kindest way.

Another cool slang that should come back asap!

This means the opposite of the thing that precedes it. Basically, you’re saying something, only to add ‘’NOT’’ and make them see you were just saying it ironically.

This is said in a situation that has left everyone in complete disbelief and shock.

Usually this is a situation that has taken everyone by total surprise.

Open up a can of whoop-ass 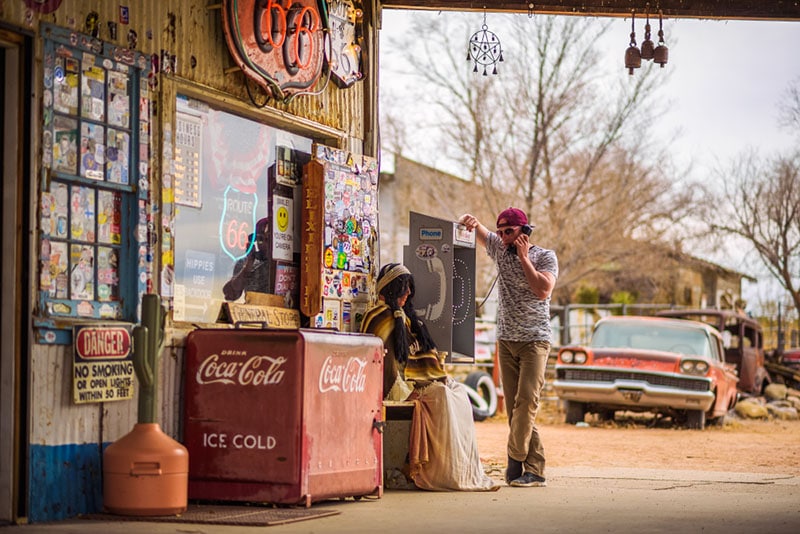 Roughly translated: ‘’Don’t make me come there and kick your ass! Because you know I will.’’

You do not want to hear this phrase. Consider yourself warned.

Pick up your face

In this instance, you have been left so embarrassed that you can’t show your face.

This usually occurs when somebody proves you wrong, and you’re left standing there like an idiot.

Used when somebody is apparently mad about something, but for no real reason. ‘’Yo, why are being you so salty about this, it’s not that big of a deal!?’’

It’s the perfect expression really, just like the face you make when you taste too much salt, and you’re just like ‘’Nah’’.

This is no joke. A girl will say this to you if she sees you messing with her man.

‘’Step off my man!’’ This is usually said before an altercation between two females. It’s your last warning.

This is used when you’re trying to calm someone down. ‘’Calm your nerves, it’s all good, man.’’

I’m not sure what would exactly happen if one decided to dial this number, but what it means is ‘’What’s the fresh gossip, what’s new happening?’’

This is a gossipy phrase, when you’re trying to get as much info about something as you possibly can.

Used to call a person out when they’re acting irrational and annoying about something. ‘’Dude, why are you trippin’ about this, relax!’’

Talk to the hand

Today’s equivalent would be ‘’Ain’t nobody got time for that!’’ Basically, stuff that you’re not interested in and don’t have time for.

This is a white people rendition of ‘’mad’’.

Black people would say something along the lines of ‘’Yo, man, that was mad cool!’’ and white people would be like ‘’That was wicked cool, dude!’’ You get the gist.

this signifies that you totally and completely understand what the other person is talking about, or that you agree with them completely!

Something similar to, ‘’In your face!’’ that we say today. Or you could say it in a state of total thrill and excitement. It’s up to you. 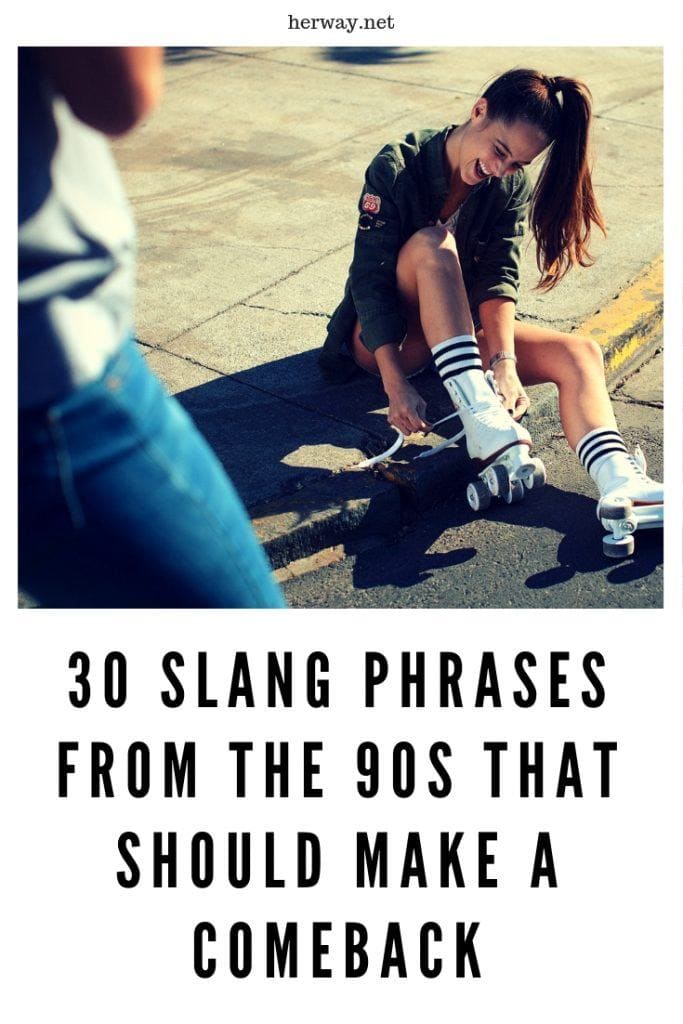 […] It rarely does, so until they learn, don’t hesitate to be a little witty and harsh when thinking of a good comeback. […]

130 Hilariously Good Comebacks To Silence All The Haters

[…] enjoyed this list of sassy, funny insults and funny comebacks. Remember to memorize a few of these good comebacks (I mean great comebacks) for the purposes of silencing all the haters and having a good […]