When most people hear the word intimacy, the first thing they think of are its physical aspects.

The same goes with intimacy issues – many connect it with bedroom problems between a couple.

However, the truth is that intimacy is much more than sex. It is a deeper bond that includes an intellectual, spiritual, and emotional connection between two people.

So, having a partner with intimacy issues basically means that you’re dealing with someone who has trouble opening up, letting you in, and devoting himself to your relationship all the way.

Putting things this way, dating a man with intimacy issues sounds quite exhausting.

However, even though it is far from easy, it can be done and here is how.

Get to the bottom of his problem 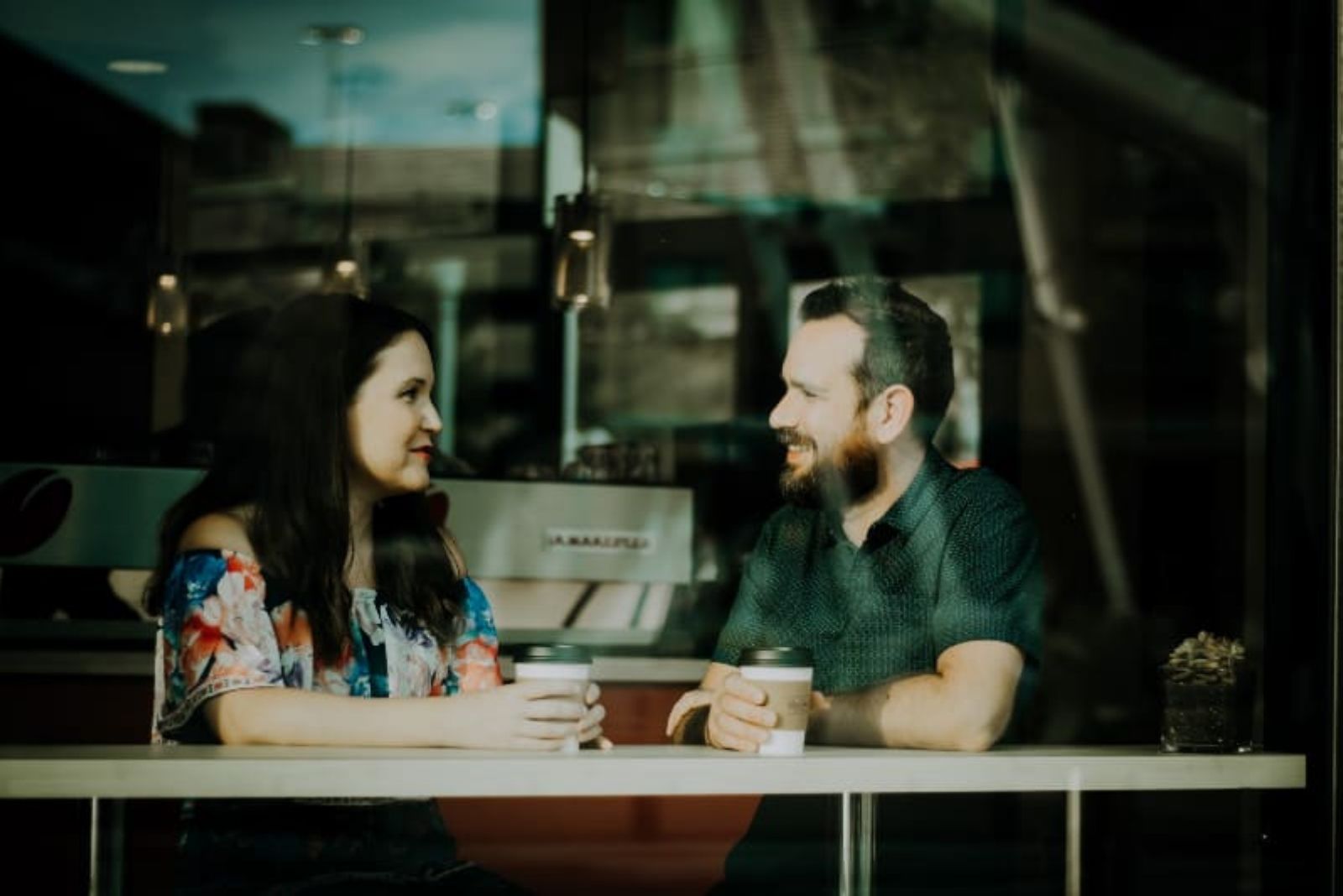 People have different reasons for having developed their intimacy issues and your partner is no exception.

It is possible that he has some childhood trauma or still carries heavy emotional baggage from his past relationship that made him become like this.

It is likely that this man was never loved enough or never saw that he could open up to someone completely, so with time, he learned to keep all of his emotions to himself and deal with them on his own.

Or maybe he was so severely hurt to the point that he subconsciously decided to shut down and not let anyone in all the way ever again.

Either way, it is your job to get to the bottom of this problem before acting on it because you can’t work on curing the consequences without knowing the cause.

However, in this kind of situation, you can’t expect him to straightforwardly tell you what’s going on. In fact, he is probably not aware of what made him become this way – otherwise, he’d change.

So, you have to be a real detective here.

I’m not advising you to snoop around his life – just listen carefully to what he has to say about his life because every little detail may be crucial.

Don’t push him too hard 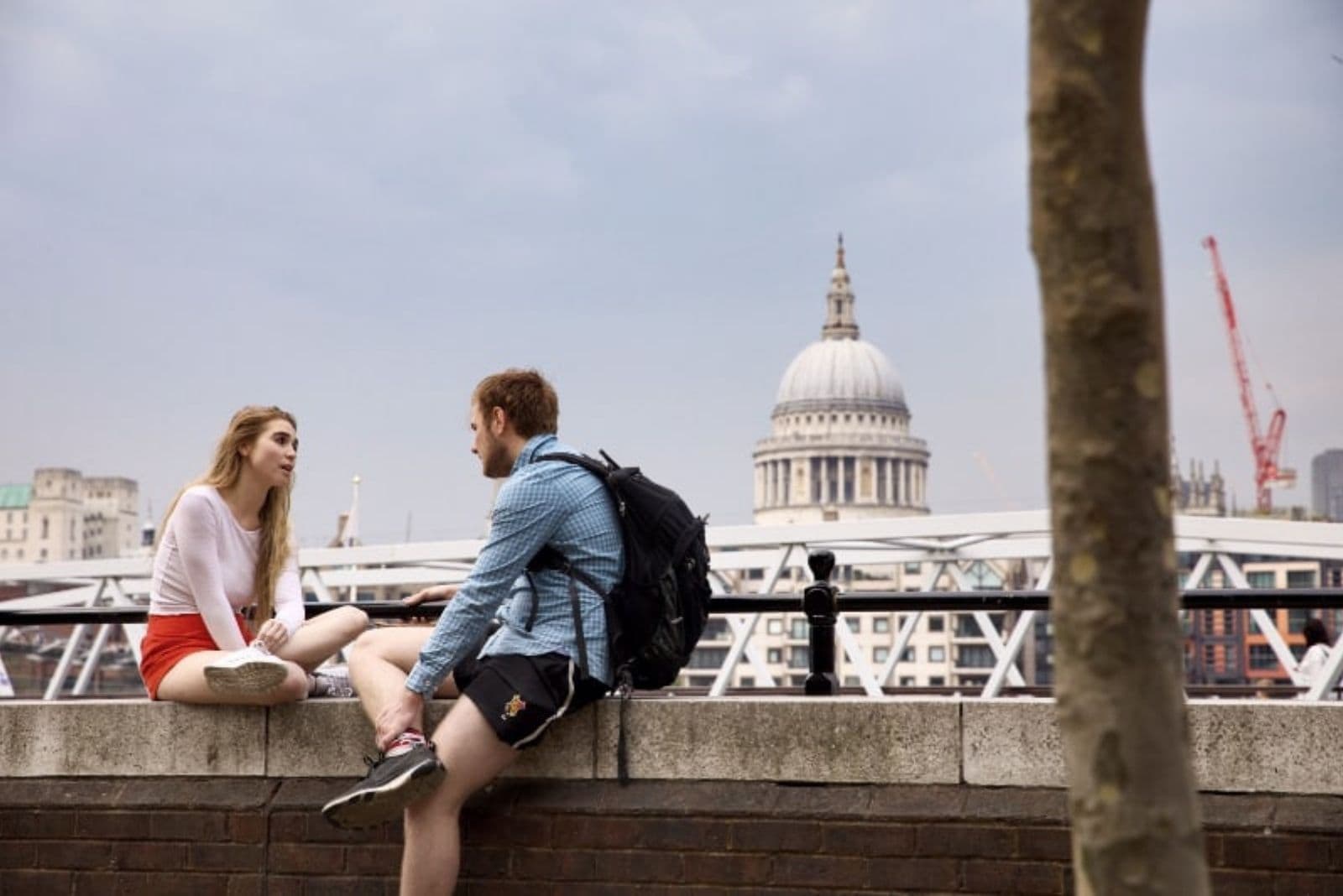 The first impulse you have when you meet a man with intimacy issues is to do your best to change him.

It is to try and make him overcome his problem and become more open-hearted and open-minded when it comes to you and your relationship.

However, the last thing you should do is push him too hard because that would only be counter productive.

By forcing him to miraculously change over night just to please you, you’ll just succeed in chasing him away.

If your partner sees that you’re crossing and not respecting his personal boundaries, he’ll probably get scared that you might break his walls completely.

He’ll perceive your love for him as a threat and see you as an intruder who is about to invade his personal space.

And that is the last thing he wants – otherwise, he wouldn’t have these intimacy issues. 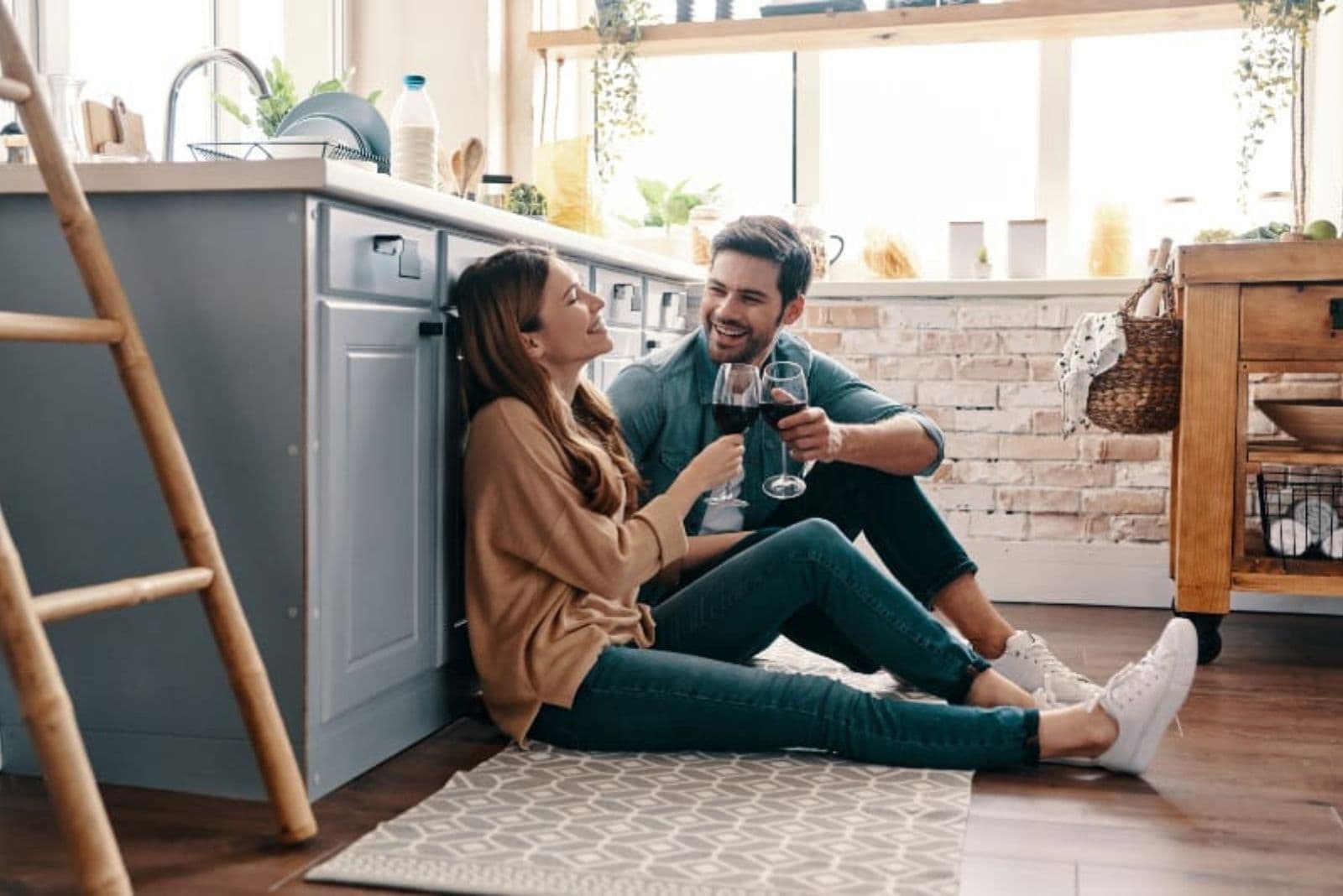 So, instead of directly asking your man to open up to you and demanding he gets rid of his deeply rooted issues just like that, be wise and subtly show him that he can trust you enough to let his guard down.

Show him that your relationship is his safe haven – that you won’t take advantage of his vulnerabilities nor will you use him in any other way.

Show him that you’re there for him, that he can count on you no matter what, and that you’re his friend before being his lover.

Of course, it is not enough to tell him all these things because he surely won’t believe a word you say.

Instead, you have to prove to this guy that you’re really someone worthy of his emotions and of tearing his emotional walls down.

Open up to him 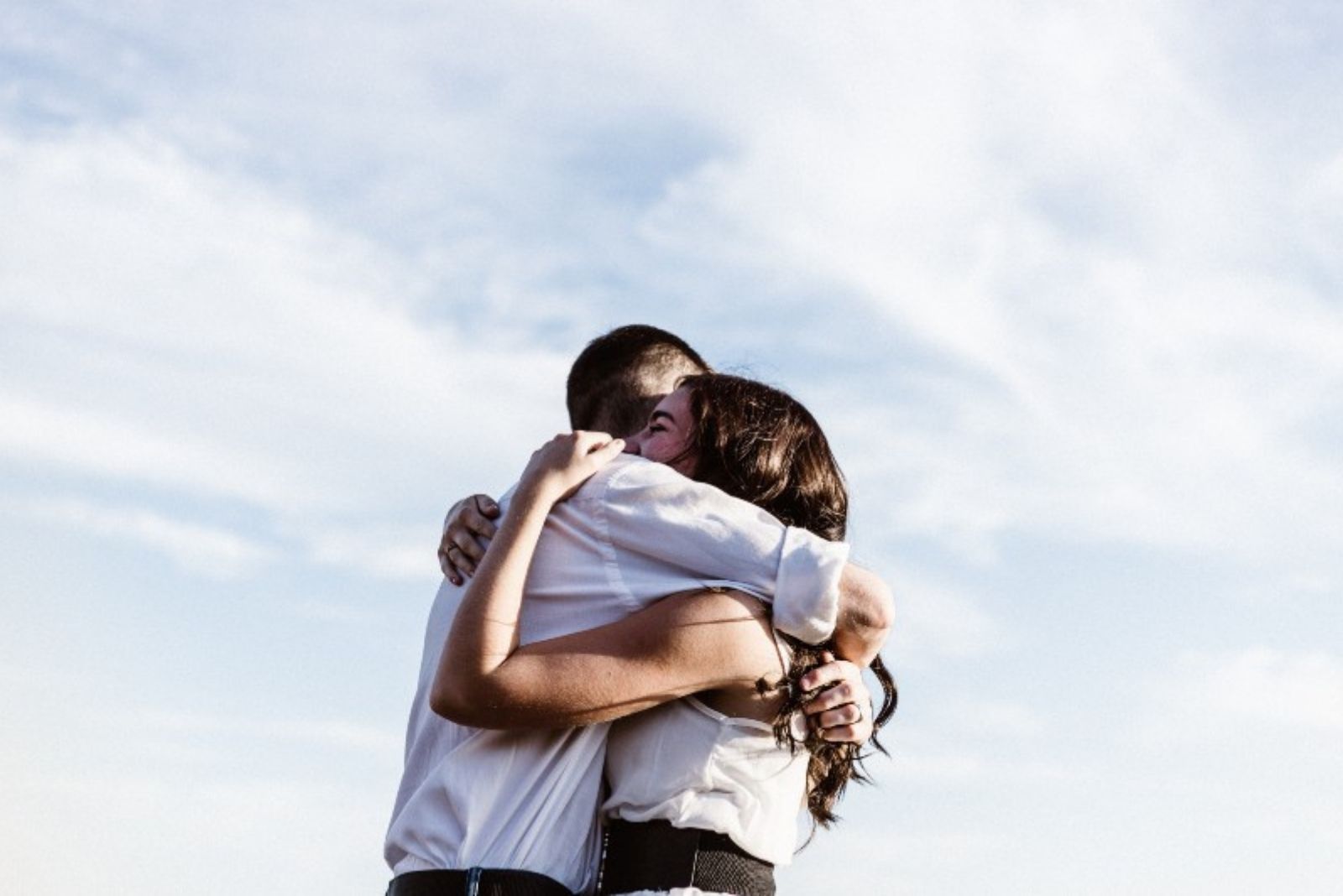 You know how children learn by example?

Well, us adults are not much different.

Therefore, the best way to heal a guy’s intimacy issues is to show him your devotion and commitment.

It is to make him realize that there is nothing wrong in exposing your weak side to someone you love and certainly nothing wrong with putting your entire heart in the hands of your romantic partner, without holding any parts of it back.

Make this guy understand that there is nothing to be afraid of.

Show him that you trust him enough to put yourself out there and that nothing bad will happen if he does the same.

Talk to this man about your own imperfections and share your past traumas with him.

Be emotionally naked in front of your boyfriend and I assure you that he’ll follow your lead in no time. 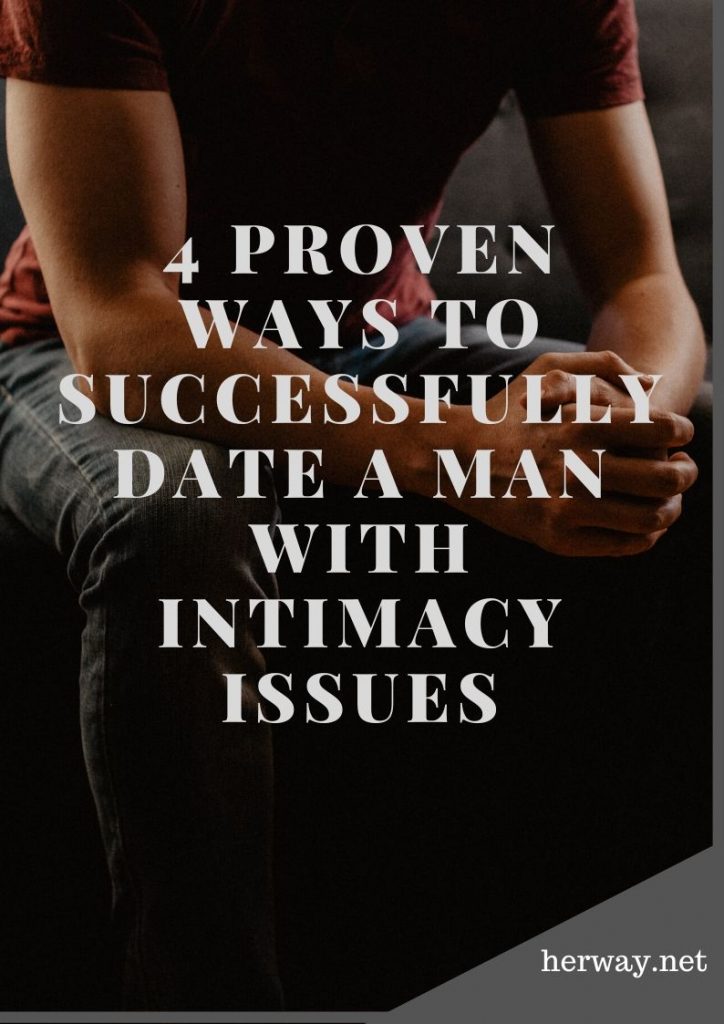