Breaking free from a relationship with a narcissist is one of the toughest and most painful things every victim had to do. But it is even harder when there are children involved.

All you want to do is go no contact but that is impossible because you have your kids tying you to this man for the rest of your life. Even though you want to protect your kids from this man’s toxicity, he is their father and you know you have to find a way to co-parent with him in the most successful way.

But at the same time, you have to make sure to keep yourself sane and mentally healthy, for your own sake and for the sake of your children. And here are 5 ways to help you do so.

Contents show
1 1. Don’t let him put the blame on you
2 2. Talk to him only about the children
3 3. Make a strict schedule and stick to it
4 4. Be the best example for your children
5 5. Educate your children about abuse

1. Don’t let him put the blame on you

It is a proven fact that narcissists don’t have a sense of responsibility. And even when they know that they are the one who screwed things up, they’ll never admit it. Instead, they will try to put all the blame on their victim for everything that went on.

Don’t let him get to you! Remember, you are not to blame. These are just his manipulations in which he tries to make you go back to him one way or another.

2. Talk to him only about the children

When you leave a narcissistic partner, the first advice you’ll hear is to cut all possible ties with him. But something like this is impossible when the two of you are co-parenting.

The truth is that you have to communicate with your ex, regarding your children. And without a doubt, he’ll do his best to use everything he has to try and get to you. He’ll try to talk to you about everything that happened between you guys and he’ll try to manipulate his way into getting back together.

This is something you should never allow, at any cost. Remember—every narcissist is sneaky. He won’t ask you to go back to him on his first try. Instead, he’ll patiently work his way under your skin, step by step, without you even realizing what is going on.

In order to avoid this, talk to him only about the children. Do your best to look at him as the father of your kids and nothing else. Shut down all of your personal emotions you had or might still have for this man.

3. Make a strict schedule and stick to it

Trust me—he’ll try to continue destroying your life by ruining your plans and by not picking up the kids when he should or by asking to see them outside of his schedule. Don’t allow him to do this under any circumstance because if you do, you are just giving him another way of controlling your time.

4. Be the best example for your children

Whether you like it or not, your ex also has a great effect on them and they look up to him, because they are not aware of his toxicity.
Even though you can’t be the one to talk trash their father, what you can do is set the best possible example for your children.

Show them the importance of self-care and self-love. Teach them the difference between good and bad, right and wrong. Don’t focus on trying to explain to your kids why their father is not behaving properly—teach them to be better than him with your own examples, without even mentioning him.

5. Educate your children about abuse

That is why you have to try hard to explain to them that they can tell you anything that is bothering them. You have to teach your children how to name and identify different types of abuse.

Don’t use your past relationship as an example and don’t talk to them about what their father did to you. Instead, give them other examples of emotional, verbal and physical abuse, appropriate for their age. 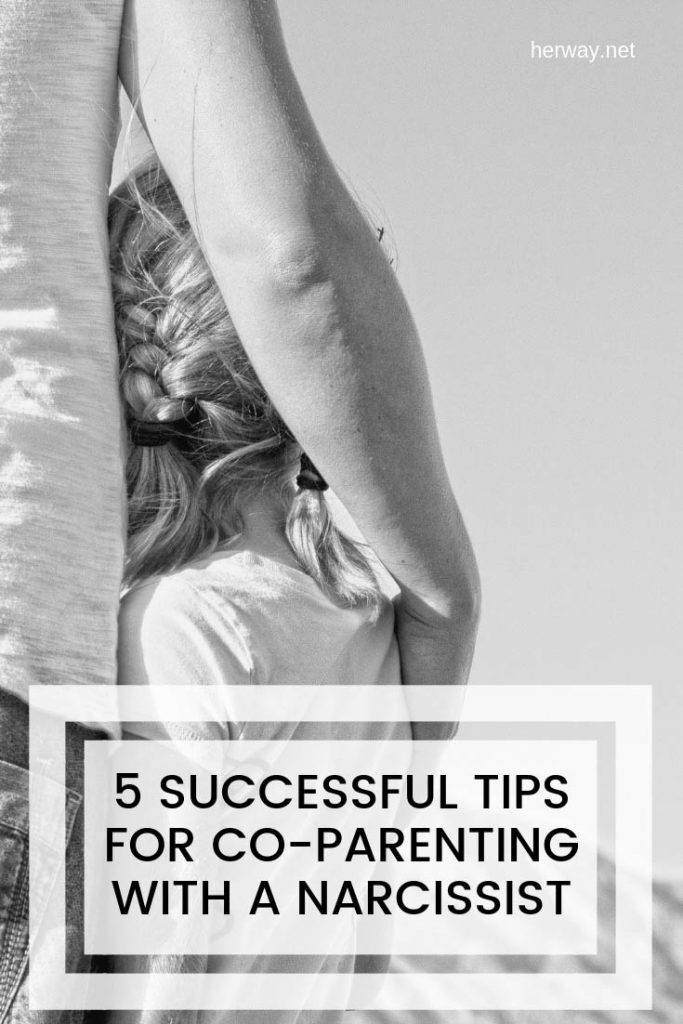