I admit. I’ve always had a thing for bad guys. Maybe it’s because they can make you feel protected in a way that nobody else can.

They simply know how to display their masculine side and mix it with their tender side, so that it seems perfectly balanced. But, this balance has cost me my nerves and created wounds on my heart.

I’ve decided that I’m done chasing bad guys because this time, I want something different. I want to feel appreciated, respected and loved.

I don’t want to fight for love anymore. I am tired of it.

It’s taken time for me to get used being around nice guys, and it was really hard in the beginning. I didn’t know how to feel or if this was the right decision.

But, it came out that nice guys give another meaning to love and affection.
Here are 5 surprising facts that I’ve learned about nice guys after chasing the bad ones.

Contents show
1 1. They appreciate your time.
2 2. They want to please you in every single way possible.
3 3. They are not interested in playing mind games.
4 4. They’re doers and not talkers.
5 5. They’ll always treat you like a lady.

1. They appreciate your time.

While bad guys don’t give a shit if you’re going to wait on them for a couple of hours to show up on a date night, nice guys are completely different. Nice guys will make sure that they arrive earlier because they appreciate your time and don’t want you to wait on them.

Nice guys will always find time to answer your calls, no matter what they’re doing at the moment. They may be at work or at a meeting, but they’ll never miss a chance to call you back after it finishes.

They don’t want you to worry about them or to think that something bad has happened to them.
They want to make sure you’re safe and sound because your well-being is their number one priority.

2. They want to please you in every single way possible.

Nice guys are not selfish when it comes to pleasing you in bed. They are more concerned with appeasing you than themselves. Nice guys will always make sure that you’ve finished first because their unselfish nature orders them to do so.

So, you don’t have to worry that they will only want to get the job done. They will invest their entire body and soul into what they’re doing at the moment, and they’ll make you feel like you’re the only girl in the world. 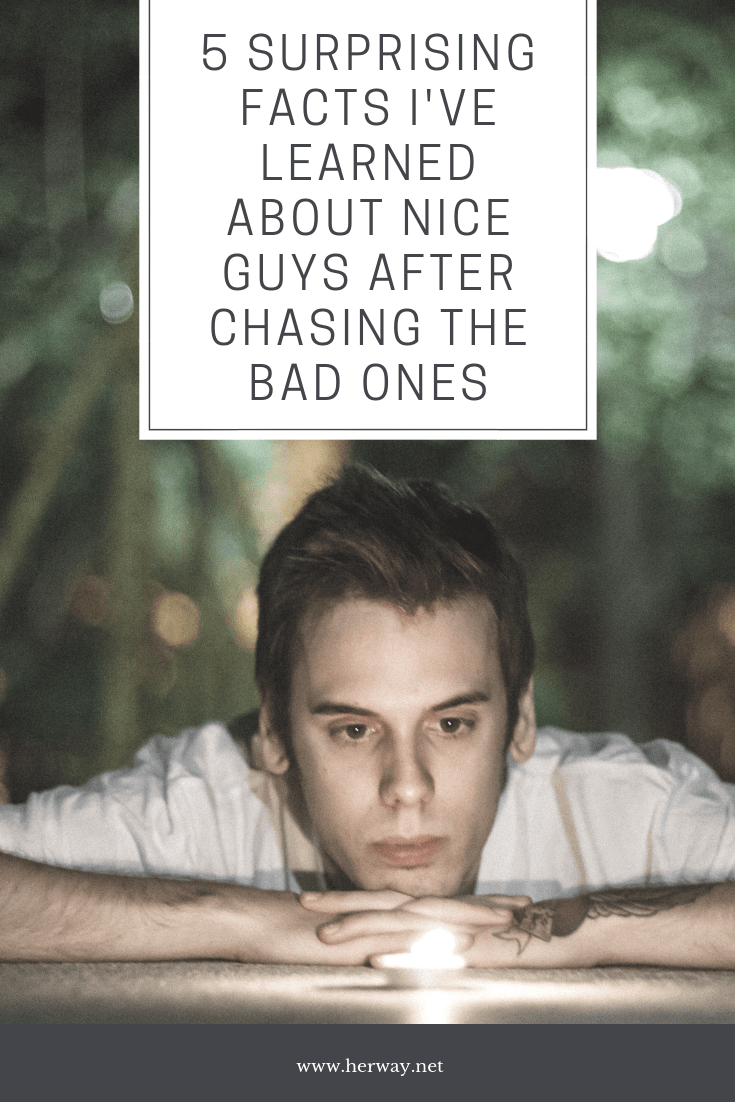 If there’s one thing nice guys really hate, it is playing mind games. They have an aversion toward any kind of manipulation and imposed authority.

Nice guys want you to feel worthy and appreciated, no matter what you do or say. Even if you’re not right, they will not hold grudges against you just to make you feel bad about yourself for something you did or didn’t do.

They are not interested in making you feel shitty. Their ulterior motive is your happiness and being carefree.
That is why it’s so easy to fall in love with them because you can never have any doubts regarding their loyalty.

4. They’re doers and not talkers.

Nice guys don’t say one thing and then don’t bother if you think it’s true or not. If they say something to you, they will make damn sure that they’ve proven it with their actions.

They know that actions speak louder than words, and they’ll do anything to prove this to you.
If a nice guy tells you that he loves you, he will follow it up by playing your favorite song on his guitar, or he’ll scream from the nearest skyscraper how much he loves you.

Nice guys will always make an effort to prove even the impossible to you. They will try until they succeed in it, and that is what makes them perfect.

Nice guys will open doors for you. They will get up and bring you a glass of water in the middle of the night, buy you groceries, cook delicious meals and make you feel like home. They will always take care of you and put you first regardless of the situation.

Nice guys will give you their hearts and will never ask for anything in return. They will treat you the way you deserve, and they will love you like no one else could.