What do all narcissists have in common?

Without a doubt, bringing utter chaos into your life and disrupting your world as you know it.

Before your narcissist came along, you probably had a pretty laid-back life.

You had your little rituals you were loyal to, your circle of friends who you spent lots of time with and your job was very fulfilling.

Sure, you had your everyday problems like the rest of us do but nothing out of the ordinary or that couldn’t be fixed.

But once he entered your life, it all changed.

One little thing happened after another and before you knew it, he took complete control over your mind, body and soul and your world as you knew it ceased to exist.

Every good thing you had going for yourself was suddenly ruined. 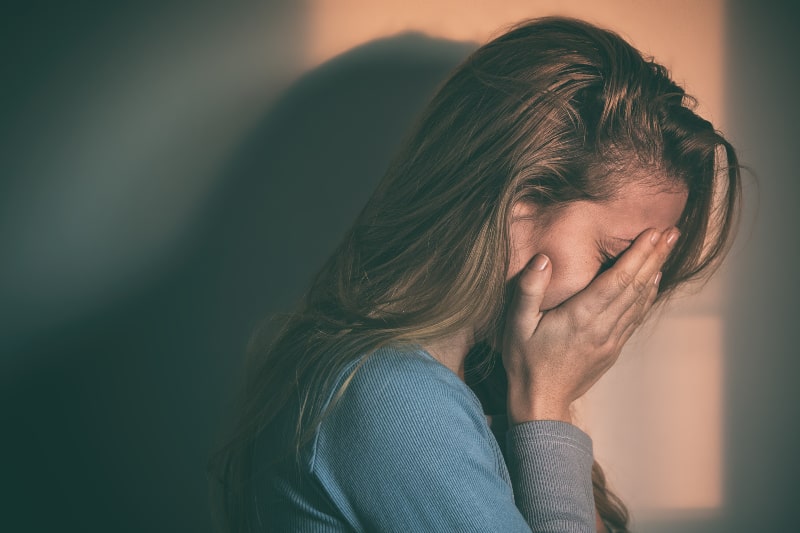 Your plans and habits drastically changed because HE had other plans for you.

Whom you spent most of your time with was no longer up to you.

He controlled that, too.

You still saw your friends… but not in the capacity you were used to.

Your family noticed that something was off but they didn’t know the extent of it.

It wasn’t something you were ever comfortable talking about but your narcissist brought so much chaos into your life that you felt ashamed and somewhat guilty for letting him.

But it wasn’t your fault.

That’s what they do.

They can’t keep you interested in any other way, so they resort to these 5 ways that completely disrupt your world in order to keep you attached for as long as they can.

Contents show
1 1. Deliberately provoking you until you’ve lost your mind
2 2. Sabotaging all your plans and celebratory occasions
3 3. Pitting you against another woman for his attention
4 4. Choosing night-time arguments to keep you sleep-deprived
5 5. Invalidating your arguments and avoiding accountability

1. Deliberately provoking you until you’ve lost your mind 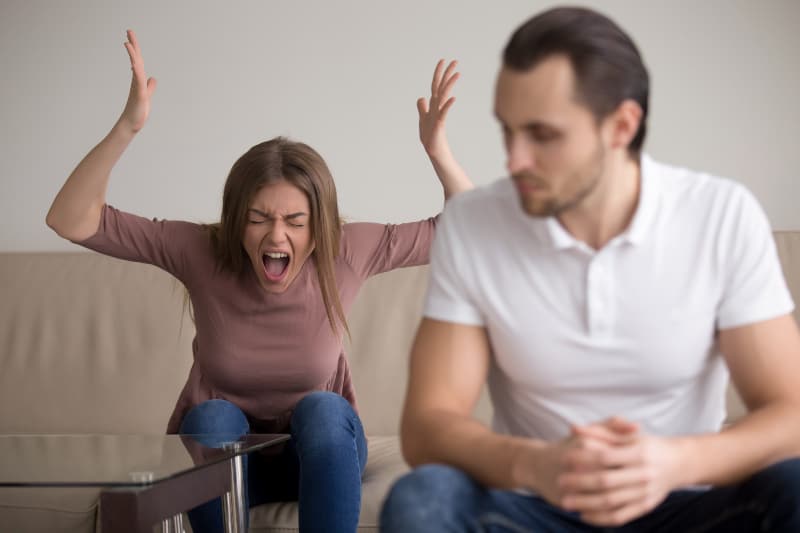 Narcissists and sociopaths are masters of this.

They know just what buttons to press and what makes you tick.

They know the way to your mind and boy, will they use it to their advantage!

They’ll make up a scenario to see how you’ll react.

They’ll blame you for something you had absolutely nothing to do with, just to see how far they can push you.

Once they see that what they’re doing is working, they won’t stop.

They’ll keep digging, finding new areas to hurt you and provoking you to an extent you never knew existed.

You’ll slowly be losing your damn mind, with a little help of your narcissist’s favorite tactic of keeping you by his side.

He’ll provoke you until he’s finished with you and then, he knows you’ll feel too insane to turn to anyone else.

And that’s how he keeps his victims in check.

2. Sabotaging all your plans and celebratory occasions

You didn’t think he was going to let you stay happy, did you?

Because he sure as hell won’t.

Around the holidays and on all your celebratory occasions, he’ll make sure to stir up some trouble just to keep you from being happy.

Any event that takes the attention off of him is a no go.

They can’t have you remain in the spotlight and actually enjoy yourself.

This is why he’ll always make sure to keep you distracted in the worst ways possible during the moments when you should be happy.

Haven’t you noticed how your plans always somehow turn to shit when he’s around?

Pay attention to this.

You’ll see how he never lets you enjoy your happy moments.

3. Pitting you against another woman for his attention 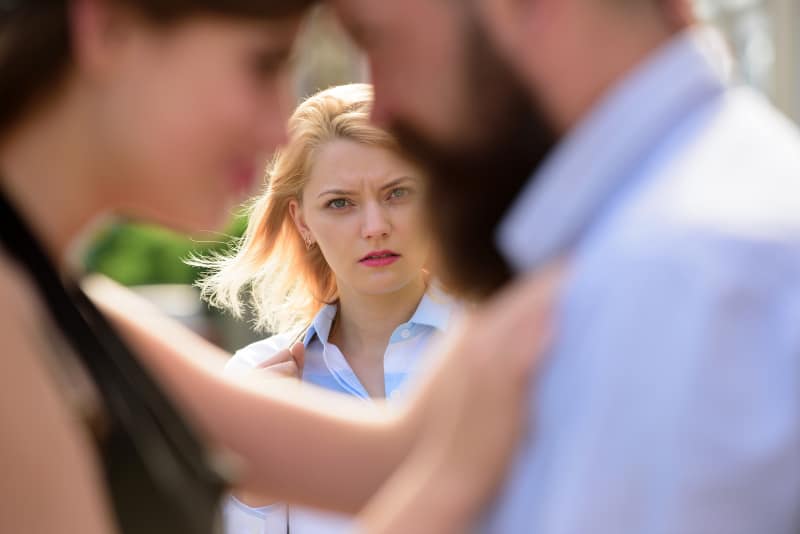 Making you jealous as a way to realize how much you truly want to be with him (due to his careful manipulations), this is what a narcissist does once he notices you pulling back.

He’ll offer a comment about another woman and how attractive he finds her for the sole purpose of you having an issue with that.

He’ll be very sly and you won’t even know that he’s only doing this to pit you against her.

It’ll be someone you know or see regularly, so that you’re always reminded of it when you see her.

And that way, he’ll have you fighting for his attention without having to do so much as lift a finger.

He wants you to feel drained and exhausted.

He wants your mind to be at its weakest so he can easily win the argument.

And he’ll make sure to pick the latest hour so that you’ll be too tired to fight with him.

He knows what he’s doing.

It’s a clever tactic and a way to keep you sleep deprived, aka too exhausted to fight him about anything he says, as you just won’t care.

All you’ll want to do is sleep and he’ll know he has won because you’ll never be able to fight fair.

He’ll get his way, you’ll be too tired to care and the cycle will go on for as long as you don’t realize what he’s doing to you.

5. Invalidating your arguments and avoiding accountability 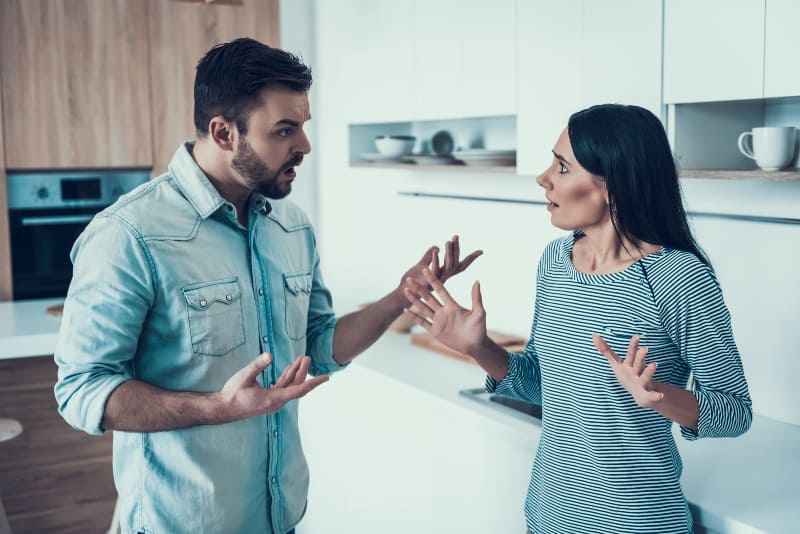 You’ll never win this war with him.

He knows just how to invalidate every single argument before you’ve even had a chance to speak your mind.

He thinks a few steps ahead of you, so whatever you might say, he has already considered it and found a way to stonewall you.

It’s really disturbing how evil he can get and how badly he’ll hurt you just to keep you around.

He’ll never be to blame for anything.

You’ll always be wrong about everything and the weird thing is, he’ll have planned it all out so carefully that you’ll actually start believing him.

He predicts your every move in order to counter it.

The only way to win this war is by leaving because manipulative narcissists are the most toxic people to pick a fight with.

They do their homework and they NEVER leave anything to chance. 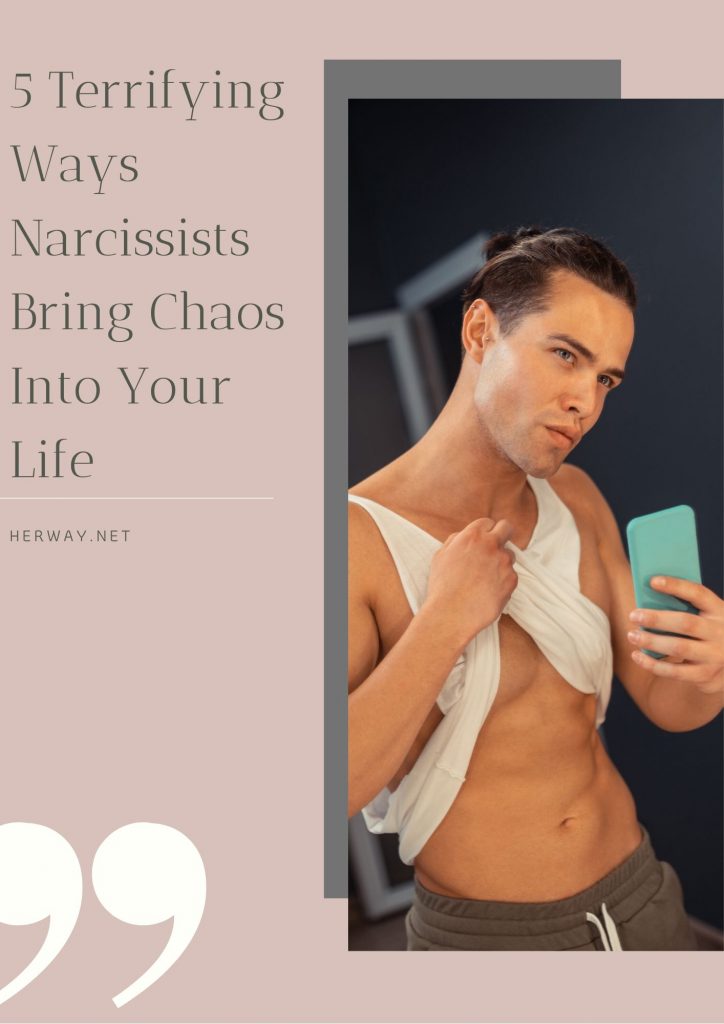