It’s really rare and extraordinary in today’s world to meet a woman who is genuinely sincere, warmhearted, and completely open about her emotions.

Sadly, that same world exploits this kind of goodness and has no way to appreciate it.

But also too much of anything, even emotions, is a recipe for disaster.

These are 7 struggles every woman who is open about her emotion faces:

Contents show
1 1. Not everyone can get where she’s coming from
2 2. At times, she is her own worst enemy
3 3. She can’t put a stop to her emotions
4 4. Being too open can be a major turn-off
5 5. Other people know more about her than she does of them
6 6. She wants to make others comfortable by sharing
7 7. She often gets disappointed

1. Not everyone can get where she’s coming from

For some people, this kind of behavior is just too intense to handle and not easy to understand. She is real and true to herself.

That is why it’s so hard for her to deal with anything fake in her life.

2. At times, she is her own worst enemy

There are certain things that should stay private. You can’t tell your life story to a man you just started dating.

You can’t share your private life with a coworker.

There are certain boundaries that should never be crossed. Not everyone has a heart as honest and innocent as hers, some people will take advantage of that.

She knows that in theory, but in practice, it’s a whole different situation.

3. She can’t put a stop to her emotions

When she laughs, she is the loudest woman in the room. She can’t hide her happiness or even the simple joy of hearing something funny.

However, when she is sad, she can’t hide it either, no matter how hard she tries.

Tears will roll down her face even if she would do anything to stop them.

When she is angry, she will make sure everyone around her knows it.

She knows that’s not always good and that she should be able to control her feelings, at least in some situations, but she hardly ever manages to do that.

4. Being too open can be a major turn-off

She reveals too much too soon, and by doing, that she kills all the mystery in a relationship.

There’s nothing new left to find out because she has shared it all, and it usually makes the man lose interest.

She needs to let the other person get to know her step by step. There is a certain beauty in leaving some things to the imagination, and as she masters that, her love life is going to look up.

5. Other people know more about her than she does of them

While other people stay secretive about their plans, problems, and past, she does the opposite.

She overshares, and as a result, she gets hurt.

She has to learn that she can’t be honest and open with people who are not open and honest with her.

She has to learn that not everyone’s intentions are as pure as hers.

6. She wants to make others comfortable by sharing

She does a lot of things for other people. She doesn’t have a problem with shrinking herself down to make them feel bigger or better.

She has good intentions, but her approach is wrong because she is unintentionally hurting herself and making her own insecurities deeper by wanting to help others.

They should deal with their own insecurities. There’s no need to tell every single embarrassing and painful situation she has been through.

It will only make things worse for her, and it won’t help anybody in the long run.

7. She often gets disappointed

She can’t understand when someone hides their feelings or fears them.

She embraces her own emotions whether they are good and bad, and she always keeps things real.

That’s why she is always shocked when people she’s revealed her heart and soul to double-cross her.

She can’t understand their lying and insincere nature because she doesn’t have that in herself. 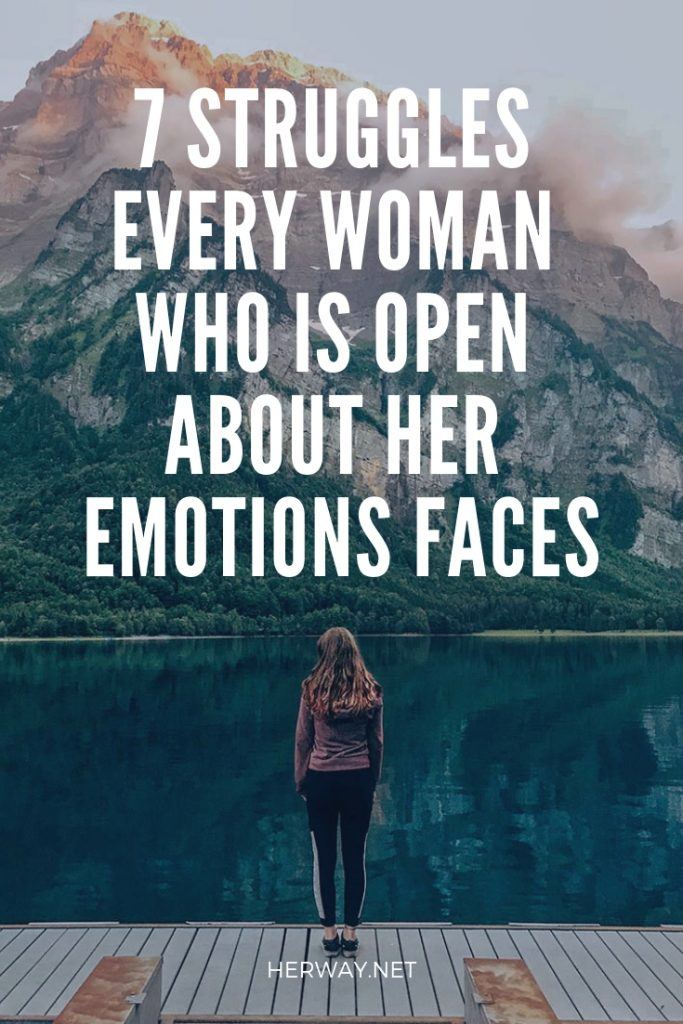