When two such organized, practical, disciplined, loyal, and honest people like Capricorns get together and form some kind of union, the final result must be absolute power.

Capricorn and Capricorn compatibility is a very strong and high one that most same-sign zodiac couples are actually envious of.

A Capricorn couple is the best proof that dating your own zodiac sign can sometimes be a great hit and result in a never-ending love. 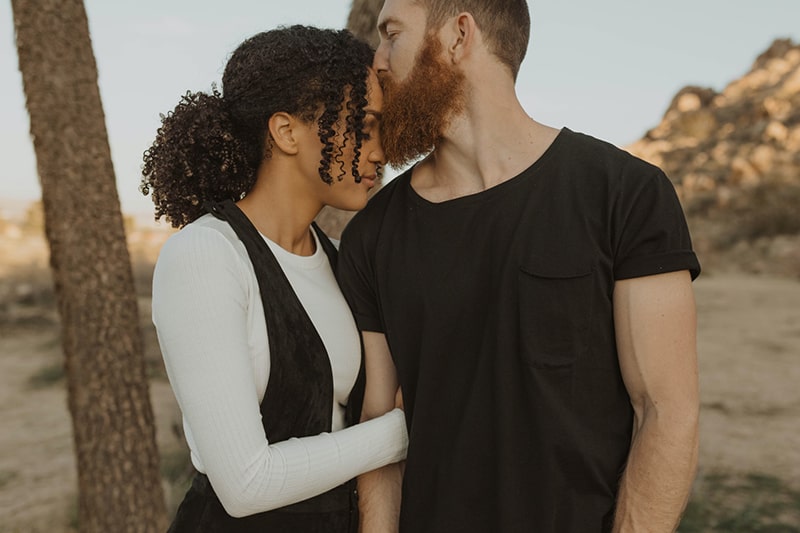 Following the basic rule of the zodiac, all zodiac signs with the element of Earth (Capricorn, Taurus, and Virgo) are highly compatible with water signs (Cancer, Pisces, and Scorpio) and other earth signs.

And the double Capricorn match is a great example of this.

The astrological compatibility of the two Capricorns is quite strong. But, to be honest, they get along the best in work and professionally.

After all, Caps are known as the bosses of the zodiac. These peeps always prioritize their work, and their professional life will always be above their social or love life.

But, who knows, maybe that’s exactly why they understand each other so well and bond on a very deep level. 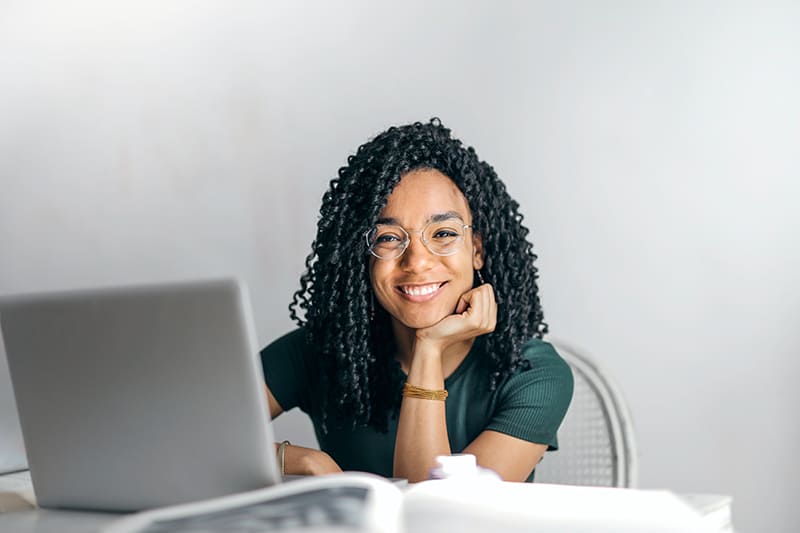 Capricorn belongs to the earth signs of the zodiac and is ruled by Saturn.

That is the planet of karma, a planet that represents hard work, responsibility, strong will, persistence, and determination.

People born under this cardinal sign are incredible taskmasters and born leaders.

Along with Libra and Aquarius, Capricorn is known as one of the most hardworking zodiac signs.

Feeling that burden of responsibility, practicality, and hard work more than other sun signs is simply a part of Capricorn’s nature.

They work hard to ensure financial security for themselves and the people they love, which makes them great marriage material.

Unfortunately, it may make them cross the line and become totally obsessed with work, and that’s when all the other spheres of their life will suffer…

It’s also when all the people in their surroundings will suffer, and Capricorns won’t even be aware of the damage they’re causing.

Even though Capricorns may seem tough on the outside, they’re actually very sensitive and gentle beings.

They only pretend they’re strong and use it as a coping mechanism for not getting their heart broken.

These people value loyalty, honesty, commitment, and dedication. It’s really no wonder two Capricorns are able to make such a powerful union.

The symbol of the zodiac sign Capricorn is the mythological creature known as the sea goat. It represents their courage, strength, and fairness.

Their Tarot card is… wait for it 😲… The Devil. It stands for the fierce and slightly savage part of Capricorns’ personality. 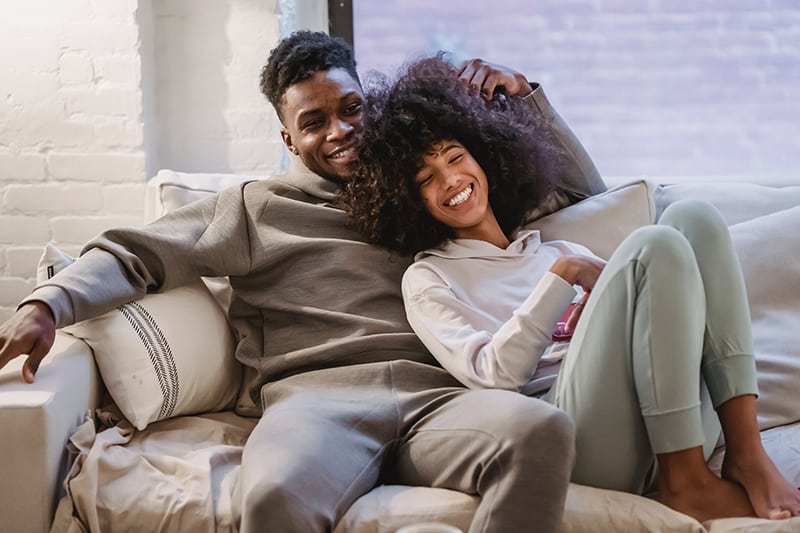 A Capricorn man and a Capricorn woman make a pretty good match. I can’t say they’re true soulmates, but they definitely have what it takes to build a healthy and strong relationship.

They complement their similarities, but, at the same time, they’re willing to accept their differences.

They see it as a great opportunity to learn from each other, and that’s what makes their relationship so strong.

Two Capricorn partners are able to click on many levels, and they’ll understand each other perfectly.

However, these peeps (especially those with Venus in Capricorn) are highly ambitious and hardworking, which, unfortunately, makes their love life suffer sometimes.

If they want their relationship to succeed, they’ll have to get their priorities straight.

The important thing (and something that will definitely make their relationship last longer) is that they’ll need to give one another enough personal space.

That will put them in a better mindset, which will have a great impact on their relationship.

They might seem emotionless and cold at first glance, but Capricorn actually has a sensitive side to their personality, and only another sea-goat knows how to push the right buttons and discover it.

If you want to know more about your emotional connection or how well your partner and you get along on a deeper gut level, you should dive into your birth charts and check your moon sign compatibility. 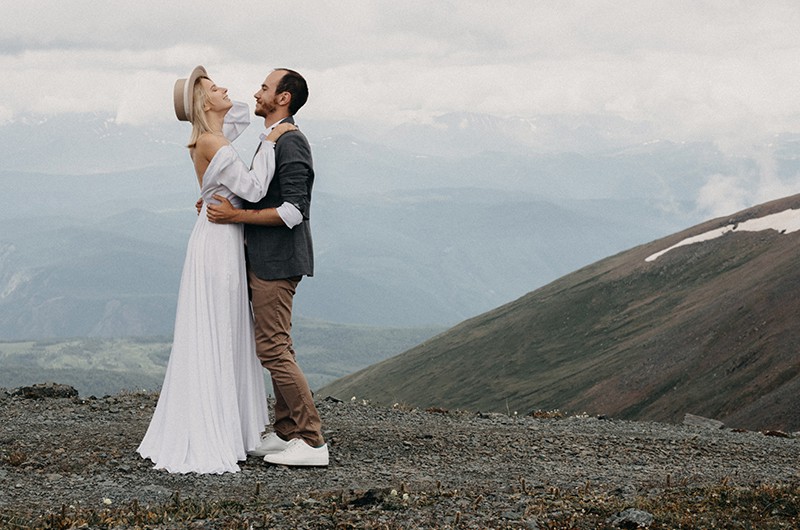 The two Capricorns fit perfectly together, and I see no reason they couldn’t get married.

Actually, they have the potential to become a very powerful couple, so they definitely have my blessing.

There’s no doubt that their horoscope compatibility is a very positive one; however, they’ll still need to be patient with one another and nurture their marriage regularly.

They belong to the same zodiac sign, which makes them have many things in common and definitely works in their favor.

However, that also may make them clash or disagree about important things, which means they’ll have to be ready to make compromises.

I have very important marriage advice for this zodiac match: they should never listen to other people or let them interfere in their marriage.

If you want to make your marriage last forever, you need to protect it from outside intruders. 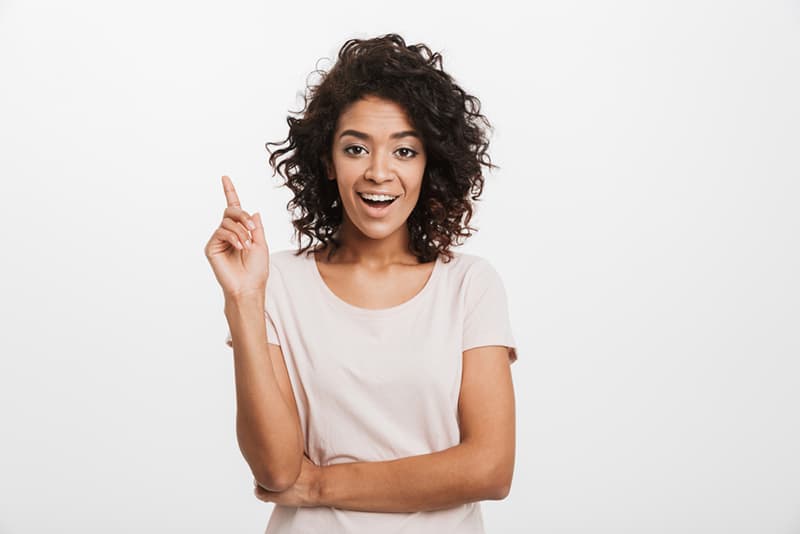 Despite the strong astrological compatibility the Capricorn-Capricorn love match has, their relationship won’t be sunshine and roses all the time.

Here is some efficient relationship advice Caps need to hear to maintain their relationship throughout the rainy days and bad times.

1. Build trust first, and everything else will fall into place,

2. Decide what your priorities are and stick to them.

5. Don’t let your entire world revolve around your job.

6. Work on and through things TOGETHER.

7. Strip down emotionally, and don’t be afraid to let your vulnerabilities out.

Sexual Compatibility Of Capricorn And Capricorn 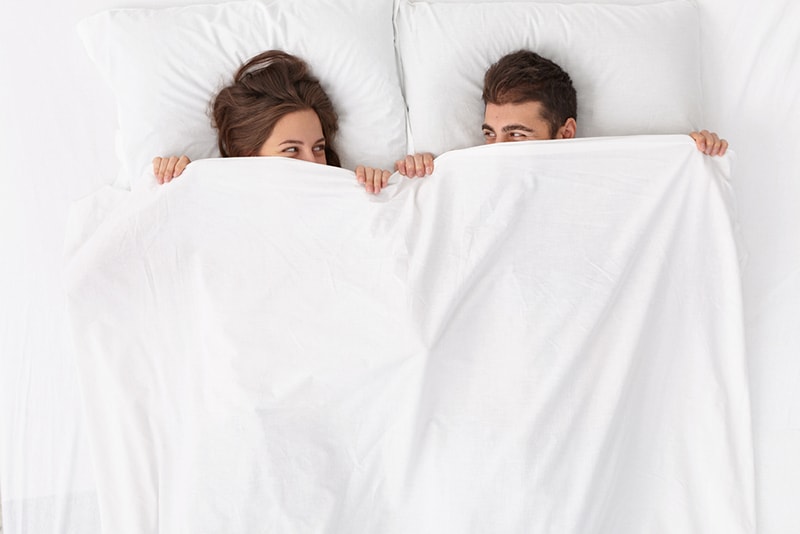 Capricorn and Capricorn make one of the best matches in bed, as they do in life in general.

The sex life of these earth, Saturn-ruled horoscope signs will be filled with fun, excitement, passion, and sensuality.

It’s a fact that these people have a strong libido and very active sex life.

They are huge lovers of routine in general, but surprisingly, that doesn’t refer to their love life.

They’re willing to experiment and try different things in bed, which makes their intimate life even more passionate and exciting.

However, Capricorns tend to strive for dominance in bed, which might be an obstacle in the sexual relationship of people born under this sign.

They might even end up obsessing about it, and that playing with power may completely destroy their emotional intimacy.

Another important fact about this horoscope pairing is that they’ll rarely indulge in a casual, one-night stand relationship.

For Caps, it’s important to get to know someone and build trust with that person before they hit the sheets.

They’re cautious and will try to do their best to make one another feel pleased and satisfied. 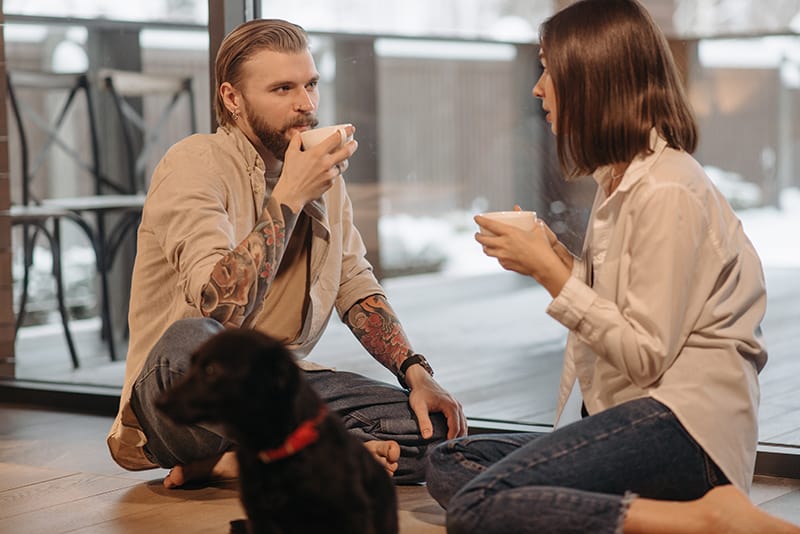 We’re talking about two people who are on the same wavelength and who have pretty much the same interests and values in life.

They won’t even have to spend a lot of time getting to know each other because as soon as they meet, they will feel like they have known one another forever.

They have the ability to understand each other without even speaking.

And both of them know that it’s very difficult to find someone who understands you so perfectly, and it’ll make them appreciate their friendship even more.

Both being earth signs, they’re known for their practicality, persistence, and loyalty.

They’re also stubborn and ambitious people who don’t stop trying until they achieve all of their goals.

The bottom line is that two people born under the zodiac sign of Capricorn can become very close friends and build a friendship that could last a lifetime.

However, when it comes to friendship, the most compatible signs for Capricorns are considered to be Taurus, Virgo, and Scorpio.

While, on the other hand, they don’t quite get along with the fire signs (Aries, Sagittarius, and Leo) and the air sign Gemini. 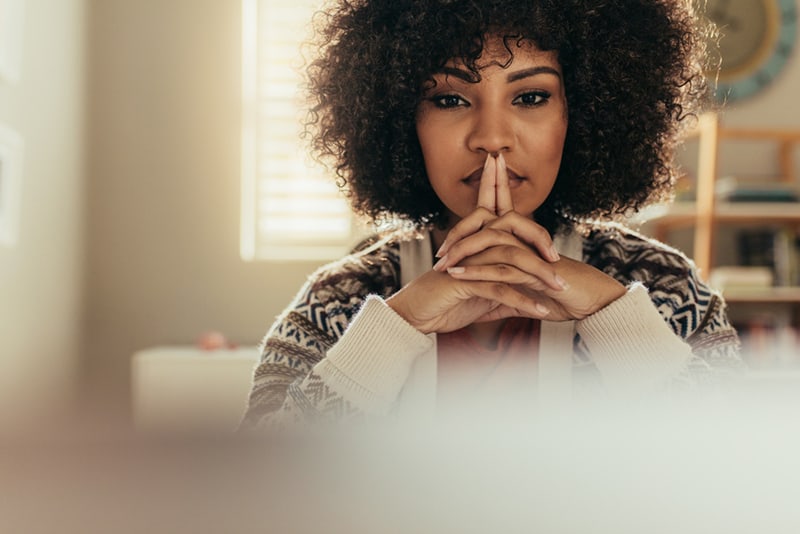 Well, the fact is that the reason for such strong chemistry between two Capricorns lies in their similar personalities and perspectives on life.

They’re both grounded, down-to-earth people who long for stability in life. The fact that they can achieve it together will connect them the most.

Their high ambition is also one of the reasons Capricorns go together so well. They’ll be drawn to each other’s go-getter and take-charge attitude.

In fact, most of the traits that a Capricorn wants their partner to have can only be found in another Capricorn, and it’s truly no wonder they feel so attracted to one another.

This shouldn’t be a difficult task for a Cap lady because the Capricorn man is interested in (almost) the same things she is.

For example, going slowly and steadily is a must for both of them, and one-night stands are definitely off the table for them.

These guys want to be appreciated and respected. You’ll need to shower him with attention and affection if you want to show him you’re into him.

Also, you’ll need to prove you’re trustworthy because trust is undoubtedly the most important thing for the Cap man in a relationship.

And if you’re an ambitious and independent woman who knows exactly what she wants out of her life, it really increases your chances of winning over a Capricorn guy.

There are many qualities of the Cap lady that will grab the attention of the Capricorn man.

However, her class, ambition, and confidence will definitely make him fall deeply in love with her.

Furthermore, the Capricorn lady is a fearless and independent woman with clear goals for the future.

Her strong work ethic and her dedication to her family are definitely the qualities that will keep the Cap guy by her side forever.

As much as it doesn’t seem like it on the outside, she has a very gentle and warm personality.

She’s caring and very protective of her loved ones, and all those qualities will make the Cap man fall for her even harder. 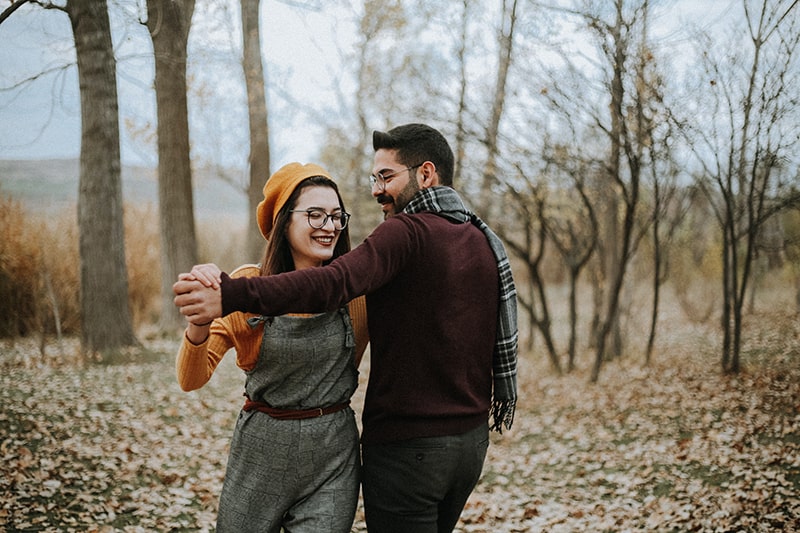 People say that opposites attract, and it may be true, but the high Capricorn and Capricorn compatibility has proved to us that similarities have the same power.

Having some things in common can really bring people together and helps them bond in an incredibly deep way.

The relationship between the two Capricorns will be a rock-solid one. It’ll be built on very solid grounds of understanding, respect, trust, and dedication.

They both have the same traditional values regarding family, which is probably the best aspect of this double Capricorn union.

These traditional, ambitious, and hardworking people will focus on building a strong family and a powerful empire together.