When I come to think of my life up to now, I have to admit that I’ve done many foolish things. I’ve made numerous wrong choices and made some terrible decisions.

Truth be told, I’ve made most of these decisions and choices because I followed my heart. And I can’t say I regret every one of them, even though some of them turned out to be wrong for me.

But there is something I regret doing in my life and it is connected to the man I loved the most.

Don’t get me wrong—I don’t regret loving this man, although I probably should. But I’ve always known that you can’t control who you love, even when that person doesn’t deserve you.

I don’t regret loving him even though he never loved me back; at least, not the way he should have. Because the same way I couldn’t force myself to stop loving him, he also couldn’t force himself to fall in love with me.

I don’t regret giving him my heart even though he hurt me. That was something I wanted to do at the time and in a way, loving him was the most beautiful thing I’ve experienced, despite all the pain it has put me through.

The only thing I regret doing is chasing a man who obviously didn’t want to be mine. Chasing a man who didn’t deserve me and losing all my pride and dignity because of him.

I regret diminishing my own worth to chase this guy.

It’s not that this man didn’t want to have anything to do with me. No, he wanted to have me but on his own terms.

Now I know that all this time we were together, we were in some kind of almost relationship.

Actually, I was in a relationship with him while he lived the life of a single man.

I was committed to him, although he never specifically asked me to be , while he was never ready to do the same.

I was always putting him first, while he never considered putting me at the top of his priority list and always treated me like one of his options.

I loved him more than myself, while the only person he has ever loved is himself.

And the worst part is that I knew this all along, although I didn’t want to accept it. The worst part was that I consciously went after this man, although deep down I knew he could never give me what I deserved.

But despite everything, I just wanted this guy to be mine and that was my only goal in life.

I was ready to do literally anything just to make him commit to me.

But none of the things I did worked out. All of my efforts were in vain and he kept rejecting me.

And I couldn’t understand why he was doing so.

Was I the problem? Was I not good enough for him? What was I doing wrong? And what could I have done differently?

Was he emotionally damaged? Was he scared to give himself completely to me?

But then it hit me. This man didn’t want to be mine for one simple reason: he couldn’t love me enough. And there was nothing I could do to change that fact.

And I forgive him for that.

I even forgive him for leading me on and for not walking away from me for good, when he knew that was the only way to put me out of my misery. After all, I was the one who allowed him to treat me that way. I was the one who kept dragging him back into my life, even when he was leaving me. 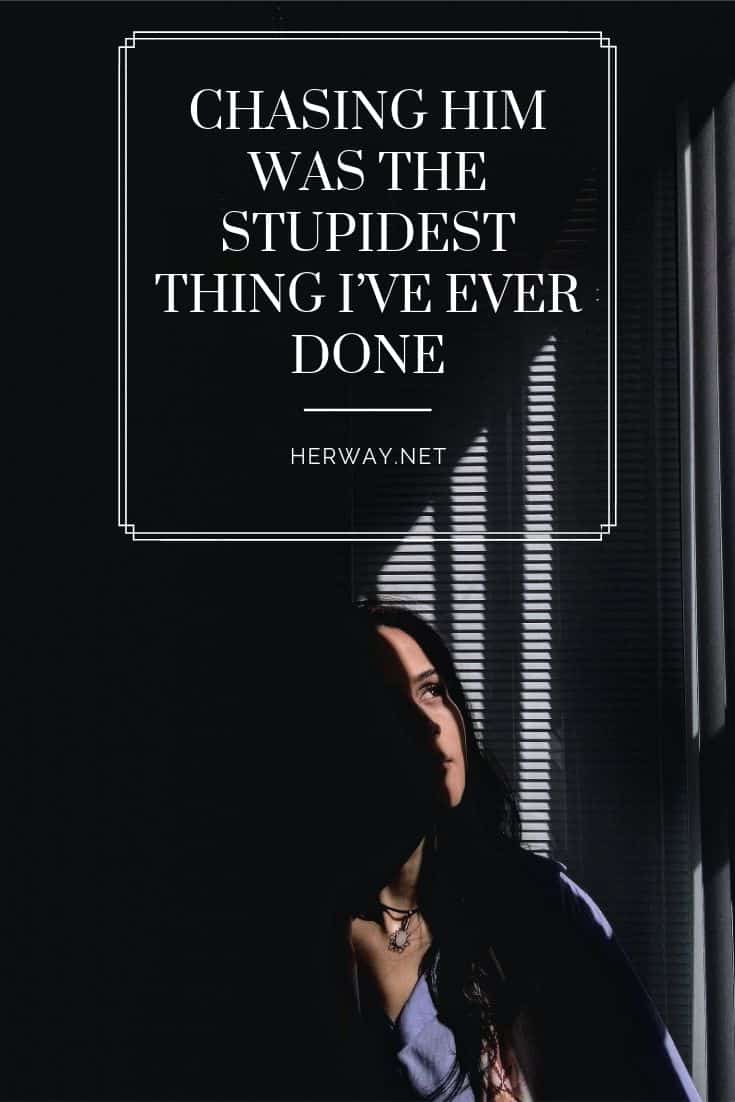