Good communication is key when it comes to positive social interaction. Spending time with your loved one, friends, or family builds positive emotions, which is a major step toward happiness.

Playing games is a great way to improve your social skills,  so check out this list of the best conversation games to try at your next gathering. Socialize for real with the people who are close to you. 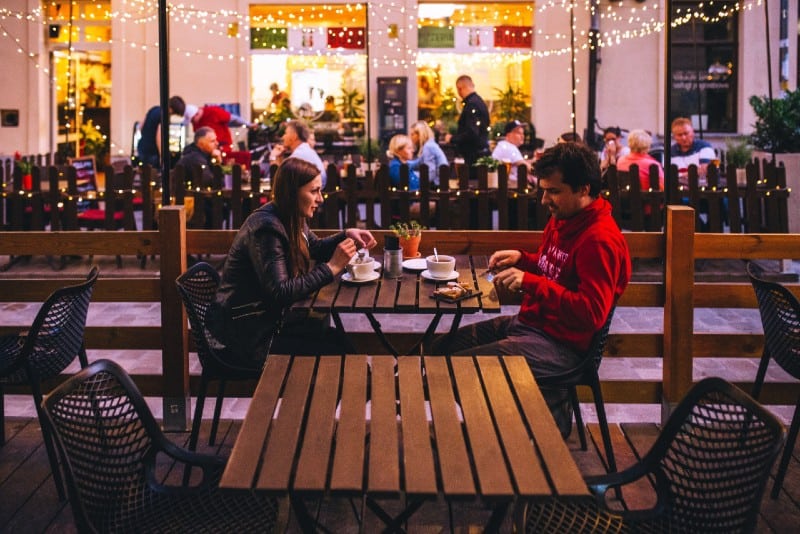 This is one of the best games for couples that want to get to know each other a little better. If you’ve just started dating, then this could be a good icebreaker for your first date.

You have to list two facts and one lie about your life.

Try to tell a believable lie and make sure you tell it confidently, so your opponent won’t be able to guess what is true and what is false. The other player has to figure out the lie.

To make the game more interesting and fun, choose some interesting facts from your life that’ll be hard to guess. Your lie should be plausible in order to confuse your opponent. 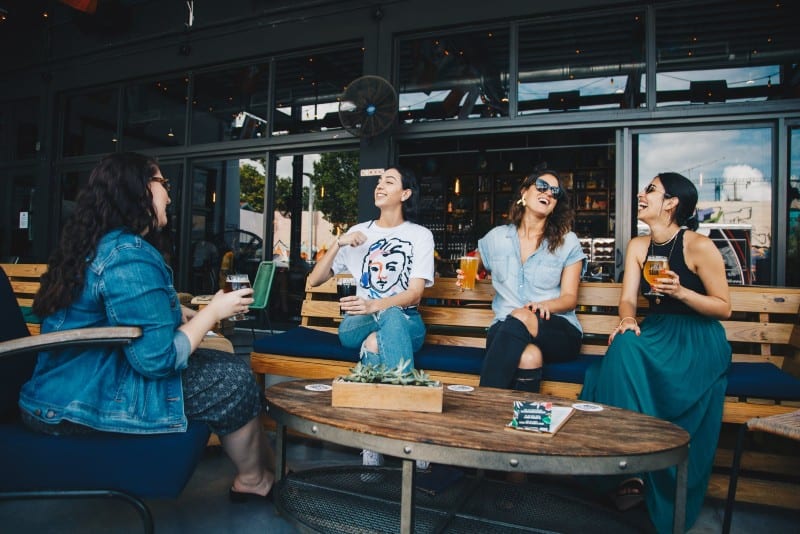 This is a great game for those who want to learn something more about their partner or friends in a playful and fun way. This questions game is also one of the best conversation starters.

Take turns choosing a would you rather question and asking each member of the group a question. Everything is stated in the form of a question.

After that, ask them “why” (why did they choose that one) and keep the conversation going. You’ll probably get some very interesting and surprising answers.

3. Never have I ever 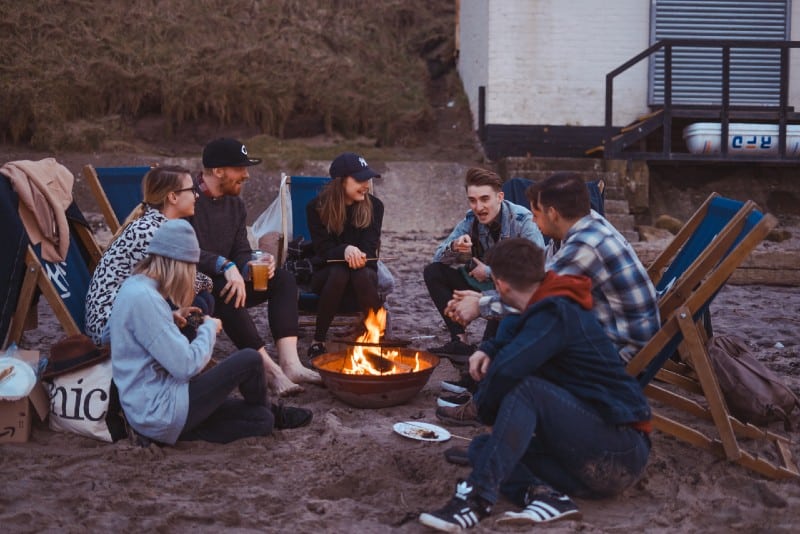 This is another great game to help you to get to know your friends better. Never Have I Ever presents an opportunity to learn hilarious facts about your loved one, friends, or a family member.

You should sit in a circle so you can see everyone’s hands. You have to hold your fingers in front of you. One person starts the game by saying something that they’ve never done in their life.

If you have done what the first player said, put one finger down. The players who haven’t done it should keep all of their fingers up. The last person who has fingers up wins the game. 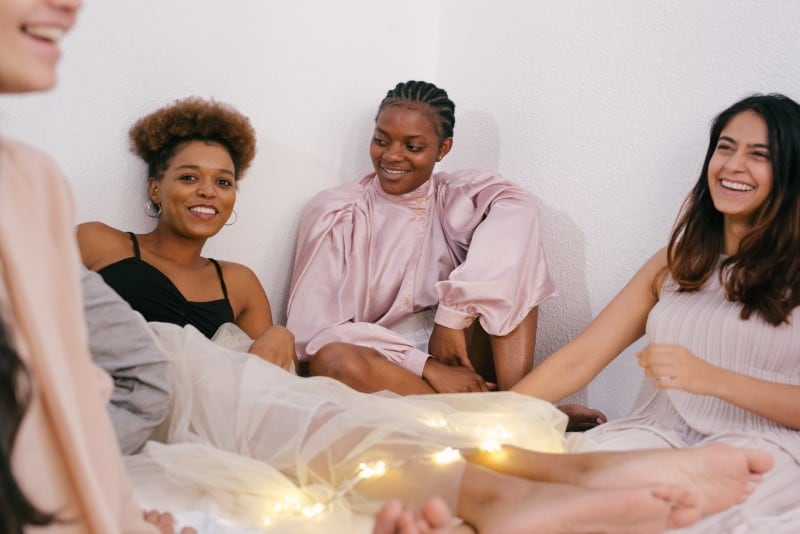 This is a simple way to help you start a conversation. It is a card game that you can buy on Amazon or you can make the cards yourself.

You’ll need paper, a pen, and a group of people. Cut out the paper, so it looks like a card. Cut out as many cards as you have questions, and write them on the cards.

There should be some general questions, so there is no right or wrong answer. The questions should be engaging and aim to get people talking about interesting things in their life.

It’s a great way to learn more about your significant other, friends or a family member. 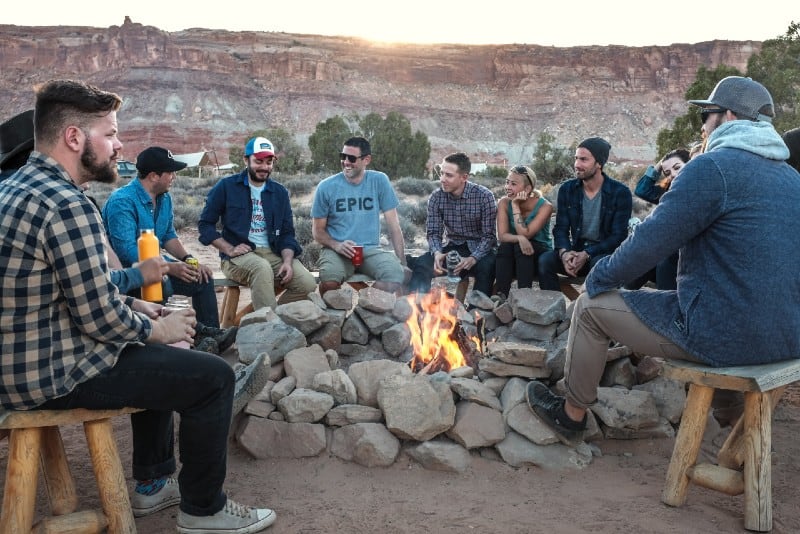 This game works nicely as a conversation starter or as a drinking game. It is more fun when played in a group of people.

All players have to sit in a circle. The first player says one word out loud. The next player, in clockwise order, has to quickly say a word that has some connection with the previous word.

Players are eliminated if they take more than three seconds to make a connection or they repeat a word that has already been said. 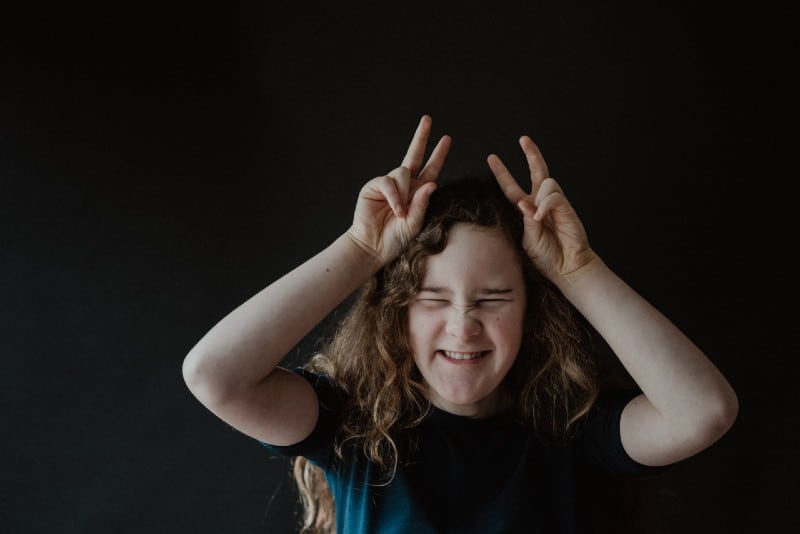 This game is a great drama activity and a fun guessing game. I am sure that you’ll have played it before, or at least have heard of this game.

The first player stands in front of the group and portrays a scene using only their body and without speaking. Body language is extremely important in this game.

Your movements and facial expressions are exaggerated to help convey the emotion of the moment.

The other players sit in a circle and start guessing. You have to improve your acting skills if you want to be better at explaining something.

This is a cool way to get in touch with your body and have fun at the same time! 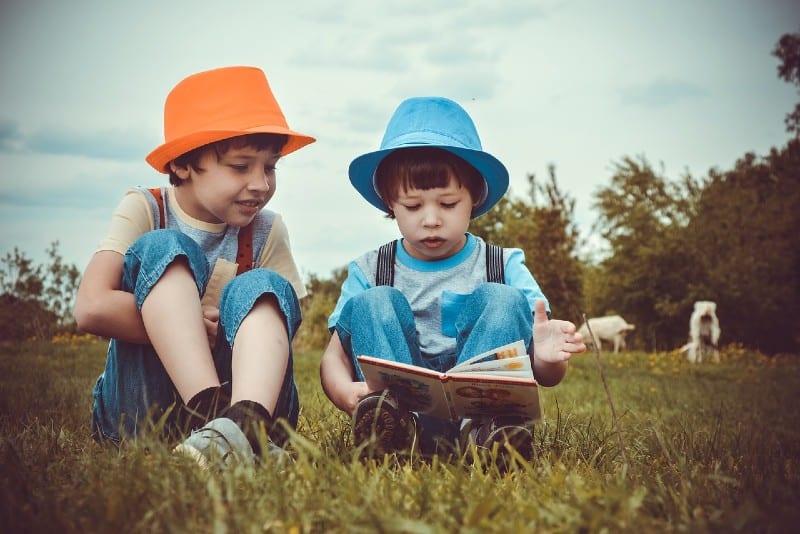 This is a game that will spark your creativity and build on your improvisation skills. It can be played by two players or by a group of people.

You have to pick a topic such as favorite food, animals, vegetables, celebrities, etc. Every sentence has to start with the next letter of the alphabet. You will have to do some creative thinking for this one.

For example, your topic is fruit.

Player 1: Apples are my favourite fruit. Player 2: Bananas are a much better choice for me.

You must go through all the letters of the alphabet in order to finish the game. If someone messes up, you have to start over! 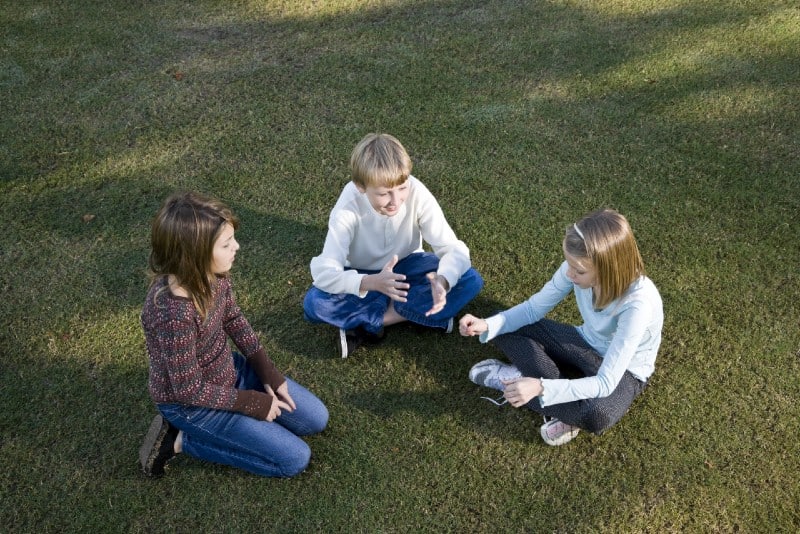 This is a fun memory game for children aged 6 and older. Kids like these fun games and it’s a great game for some evening fun.

Each player should contribute to a series of names and things. The difficult part is that the sentences must follow in alphabetical order.

For example: the first player starts off with, “My name is Alison, and I like architecture.” The next person in the circle should follow with a name and interest that starts with the letter B.

The game should continue like this, in alphabetical order. 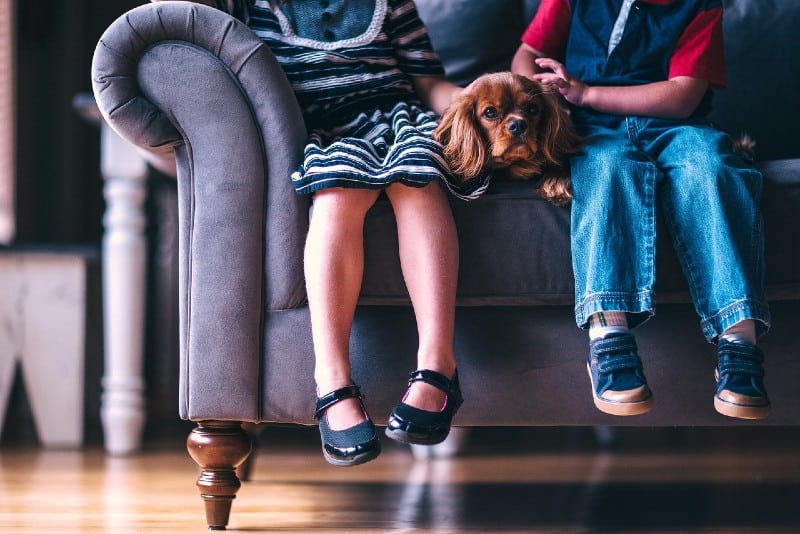 There are no special requirements for this game. It can be played by two players but also by a group of people.

I spy is a guessing game where one player, called ‘the spy’, chooses an object within sight and then tells the other players “I spy with my little eye, something beginning with…”, naming only the first letter of the object.

The other players attempt to guess the object.

To help the other players, the spy can describe the object he/she sees. 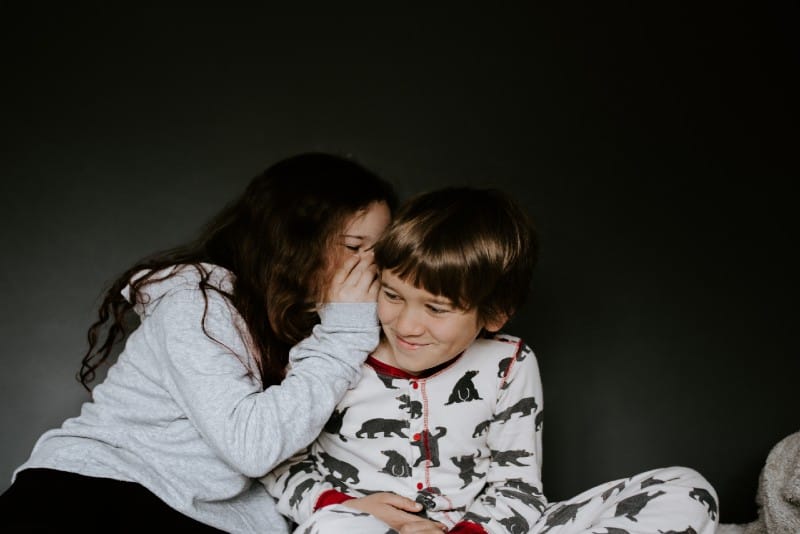 This is a simple and fun game for your kids. First, the kids need to sit in a circle or line. The first child has to whisper a short message to the next child in line.

The message has to pass from one player to another around the circle and the last person in the circle has to announce the message to the whole group.

Everyone will have a good laugh at how the message changed while being passed along. Make sure you don’t repeat what you said.

If the player heard you, he/she will share the right message, if they didn’t hear you, they might not share the correct message but it will make you all laugh.

1. Roll for the answer 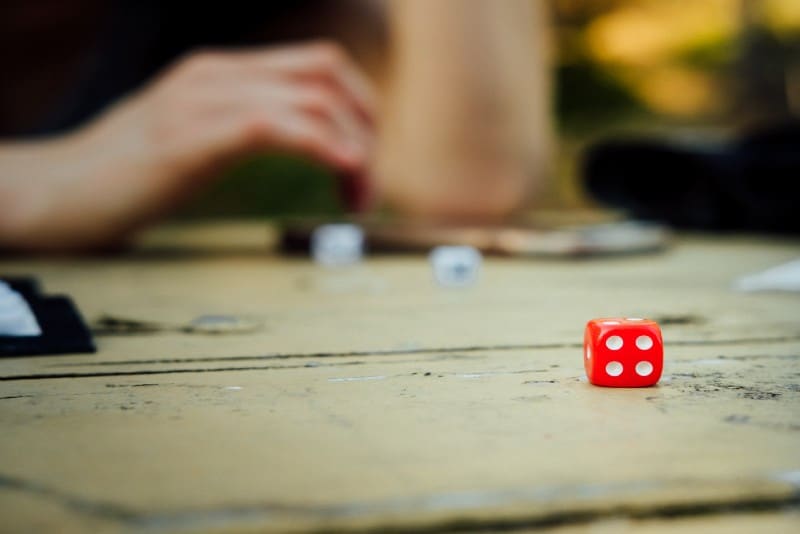 For this conversation game you need dice, a piece of paper, and a group of people willing to answer questions about themselves.

One person should be the game master and his/her task is to think of some interesting questions. Put the questions by the numbers 1-6 if you are playing with one die, or 1-12 if you are using two dice.

All the players have to sit in a circle. They have to roll the dice and answer the question that is listed under that number. 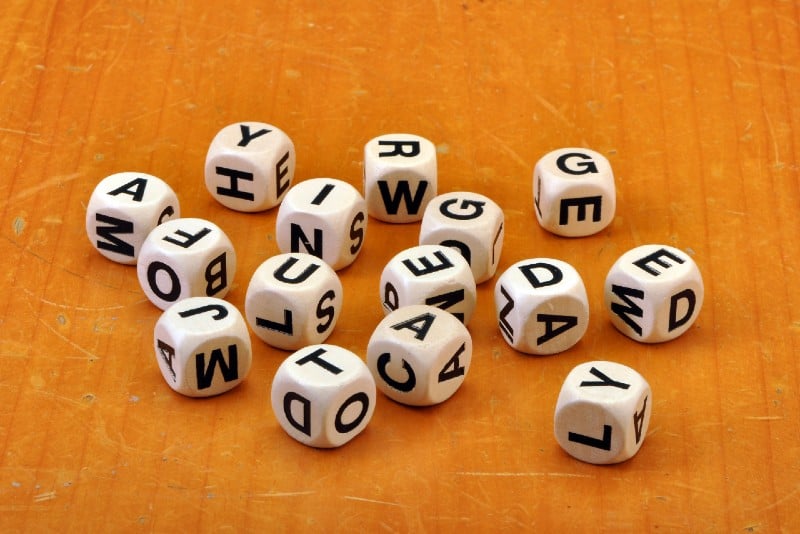 This is a great game for anyone who loves word play. All you need are some letter dice and a few friends or family members to get the party started.

The first player should roll a die and declare a category that fits the letter that was rolled (favorite food, fruit, vegetables, cars etc.). The other players must come up with 10 examples of that category.

The game master gets to determine whether the example fits and the time you have for thinking.

There is no better way to get a little bit drunk and have some fun, than getting together with your friends or your partner and learning something new about them. 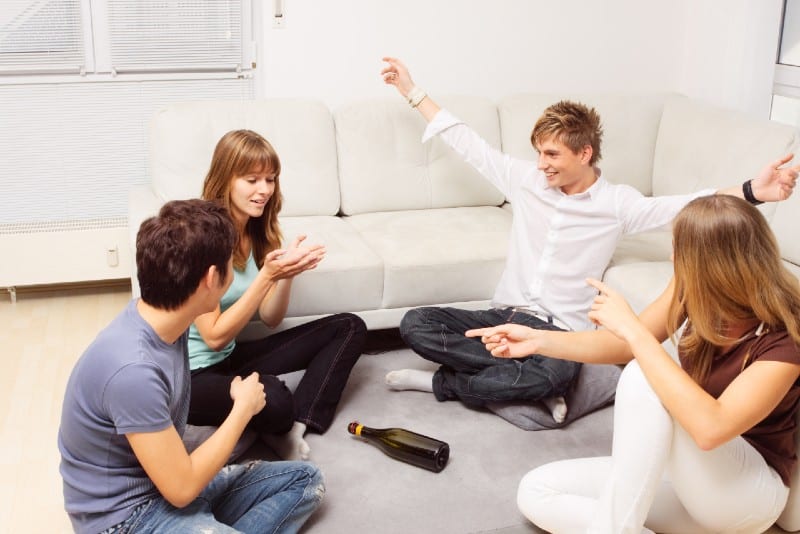 Most people are familiar with the classic truth or dare conversational game. It is more fun if you add your favorite drink to the game.

So, everyone has to sit in a circle and one player spins a bottle, and they are the first to ask a question. The person the bottle points to is asked one simple question: “truth or dare?”

The player has to decide whether they want to answer a question about themselves or be challenged to do something. They have a third choice; to refuse to do both, but then they must take a drink.

If they choose the “truth”, they have to answer the question honestly, and if they choose “dare”, they must carry out the dare that the opponent gave them. 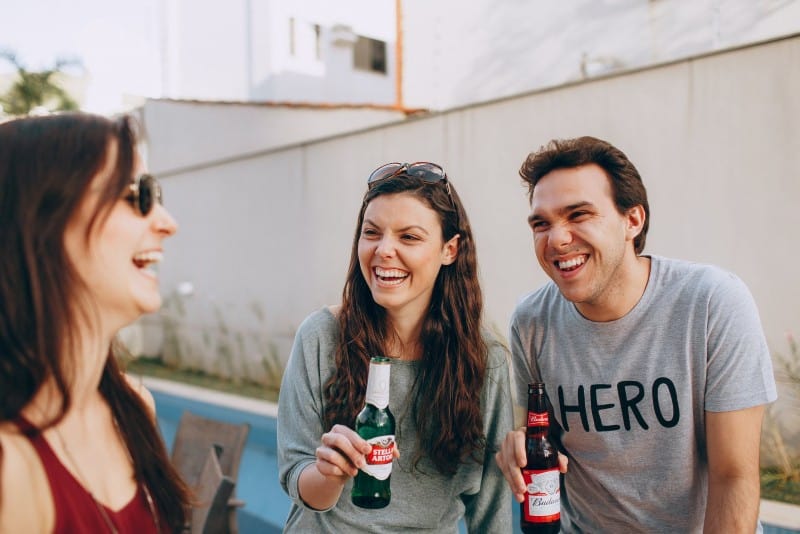 This is a fantastic game for anyone that likes memory games. Of course, some shots of your favorite drink will make it even more fun.

Players name items in alphabetical order that can be taken on a picnic. Each person has to repeat everything that has been said and add something new at the end.

The first person to make a mistake or forget one of the mentioned items has to take a shot. As you go further down the alphabet, the game will become more fun and a little harder. 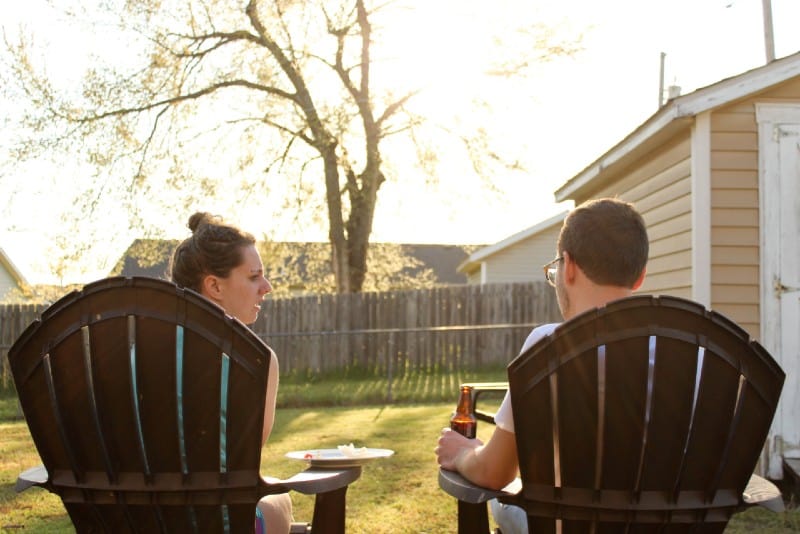 This is a fun conversation game, especially for couples. It doesn’t require anything special, except your favourite drinks and your BF or your loved one.

Both of you have to say some true facts about your relationship and about one another. Each time one of you gets three statements wrong, you have to take a drink.

Remember, this game is for fun only, so don’t get mad at your partner if they forget something, or get something wrong.

Sometimes, it is good to improve your social skills and when you have a fear of talking to people you don’t know very well it’s handy to have a few tricks up your sleeve to start a conversation.

I hope that these conversation games will help you make the most of every moment you spend with the people that matter! 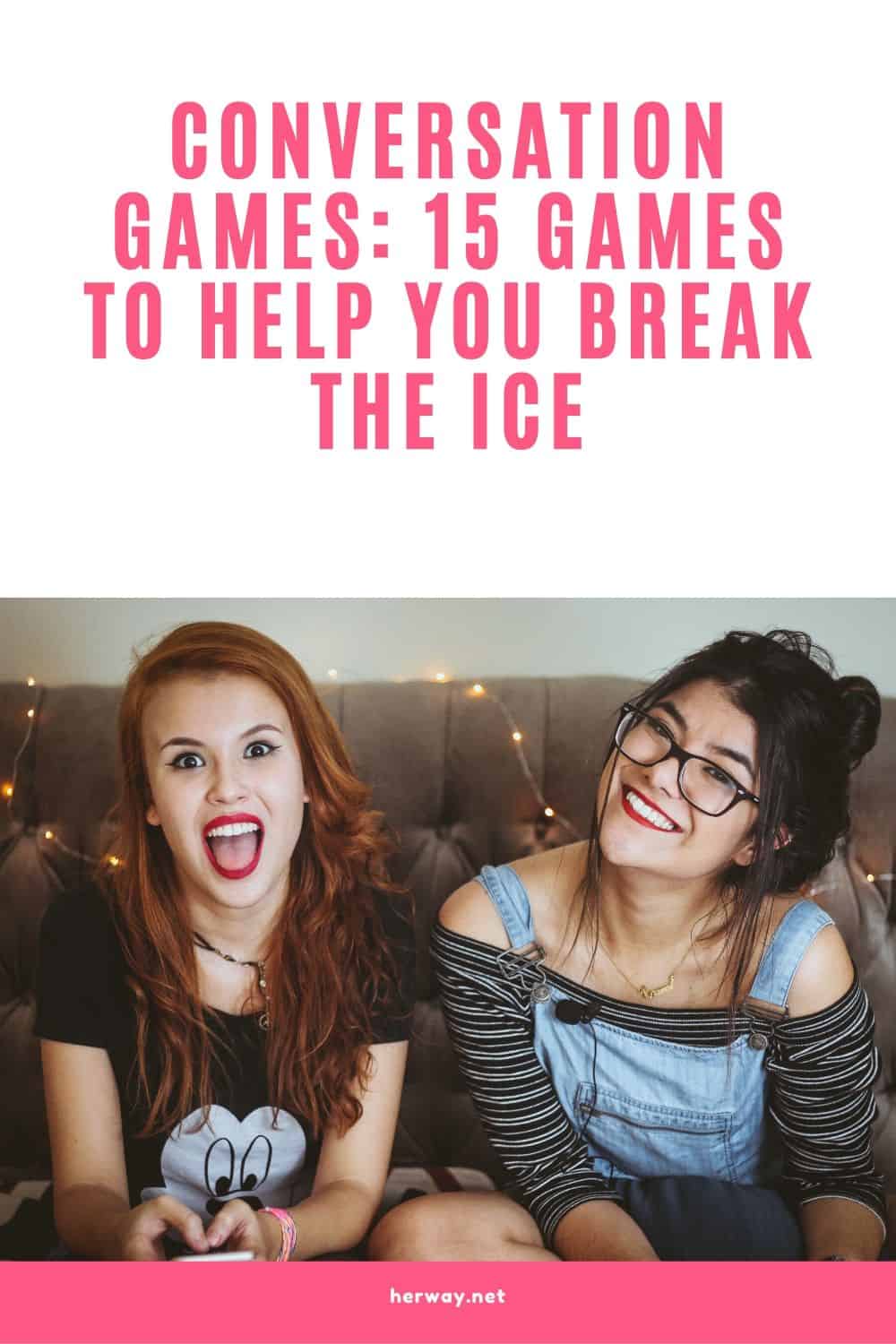