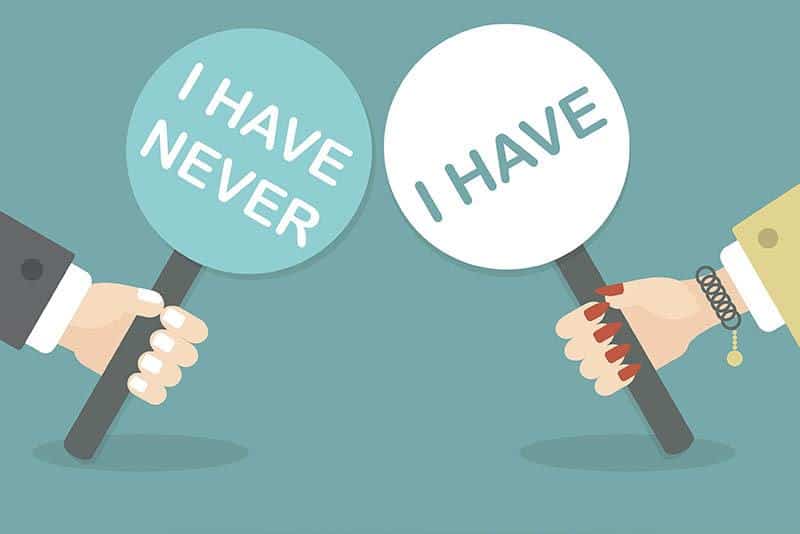 You are planning a friendly get-together, but you don’t know how to make this evening special?

We present to you an in-depth analysis of the never have I ever questions game.

I’m sure you’ve already heard about this social game.

Basically, you and your friends answer tricky and embarrassing questions about your life.

But whoever has done the thing described in the question has to do a certain task or a dare.

Although you’ve probably played this game before when you were a teenager, let me refresh your memory of how fun and crazy it is to play never have I ever.

A disclaimer, though: this version is not for kids!

Now that we’ve figured that out, let’s prepare for a game night to remember!

How to play never have I ever questions?

Never have I ever is a perfect game to play if you want to get to know someone better.

You can play it with your friends and people you’ve never met before.

You can also play it with your best friend, family member, or significant other – nothing says I love you more than admitting an embarrassing thing you’ve done.

If by any chance you’ve never heard of this game before, you should know it’s pretty much the same as playing dirty would you rather questions.

Only, this one is much cleaner and sex-free.

You should check it out if you’re up for spicing things up a bit. It’s highly recommended to try this with your boyfriend or your girlfriend.

But, let’s get back to never have I ever questions…

You probably think you know everything about someone you’re close with.

You think it’s impossible to find out something you didn’t already know, but what if that isn’t the case?

What if you come up with tricky and hard questions that will show them in a completely different light?

The rules of the game are very simple.

You and the people you’re playing with form a circle.

Choose a person who will ask the first never have I ever question. The questions don’t have to be tricky at the beginning.

You can start with something easy until everyone relaxes a bit.

So, the first player asks, for example: never have I ever been on a blind date.

People you’re playing with will divide into groups of those who have done that or haven’t done that.

This is how the game works, but there are different ways of playing it.

There are different ways of keeping score depending of what kind of never have I ever questions you’re playing.

5 ways to play never have I ever questions

This version of the game is the simplest one.

The group playing the game gathers in a circle.

One person asks a question, for instance: never have I ever cut my own hair – make sure you really say something you’ve never done.

Players who have done the thing you mentioned get one point each.

Traditionally, players who have answered yes tell a short story about the event at stake. Usually, it’s something funny or dangerous, but the point of the game is to hear an interesting or funny story.

This variation of the game is almost the same as keeping score, only you do it with your fingers.

Everyone starts with holding up ten fingers – if you’ve done any of the statements you have to put one finger down.

When you’re out of fingers, you’ve lost.

Now, this is when things get interesting.

The game works in the same way as the classic one, just instead of giving points, players drink.

You can even stir things up a bit and try body shots, but only after you get a bit tipsy.

It also usually starts with “easy” questions, but as the alcohol takes effect, the questions become more interesting and more provocative.

The first player says: never have I ever… – the players who respond positively take a sip of whatever you’re drinking.

If it happens that a person who asks a question is the only one who has never done the thing they are asking, then that person has to have a drink.

Also, if there are only one to three people who have to drink, it’s customary they tell their stories.

You’ll know it’s time to stop the game when the players are shamelessly asking embarrassing questions, or you’re all too drunk to continue.

This one is reserved for kids. It’s clear as day; instead of using alcohol, use something non-alcoholic.

The rest of the rules are the same and, on the plus side, playing this game will make your kids super happy.

Well, instead of drinking, you have to eat something gross.

I guess this variation isn’t quite for the ones who can’t handle smells and yucky stuff. Have you ever even tried playing it this way?

I’m seriously warning you, it’s for those with strong stomachs.

Bring out the food before you start playing the game, so the players know what they are dealing with.

Furthermore, after the first player asks a question, you cannot move on until everyone eats the gross food laid out in front of you.

You will definitely not play this with a family member, but rather with your significant other or someone you’re trying to hook up with.

This is when things get hot and very interesting!

All of a sudden those innocent questions turn into dirty never have I ever questions and the game changes its course drastically.

Don’t be surprised if you wake up in a stranger’s bed the morning after a one night stand. (wink)

The rules are the same, only instead of drinking, keeping score, or eating gross food, you’re taking off an item of your clothing – one at a time.

You thought party games are history, but look at how many versions of “fun” there are!

In the past, you’ve played this game, but you’ve done it “the regular way,” in which you answered clean never have I ever questions such as: never have

I ever cheated on a test, traveled by plane, or taken part in a talent show. There were no surprises, no dirty questions.

Those were basically never have I ever questions for kids.

But now you are older and the rules have changed. Now you’re ready for never have I ever questions 18+.

This time, we’ll spice things up a little bit and make this game more interesting and different.

This time, we’ll put the focus on your sexual habits, ultimate sexual fantasies, and wildest experiences in bed, which you wouldn’t normally be comfortable talking about.

The only condition for this game to be a true success is for every player to be really honest about answering all the questions, no matter how kinky they might get.

So, here you have the best never have I ever questions, which will without a doubt put a twist on your night and make it a memorable one.

Dirty never have I ever questions 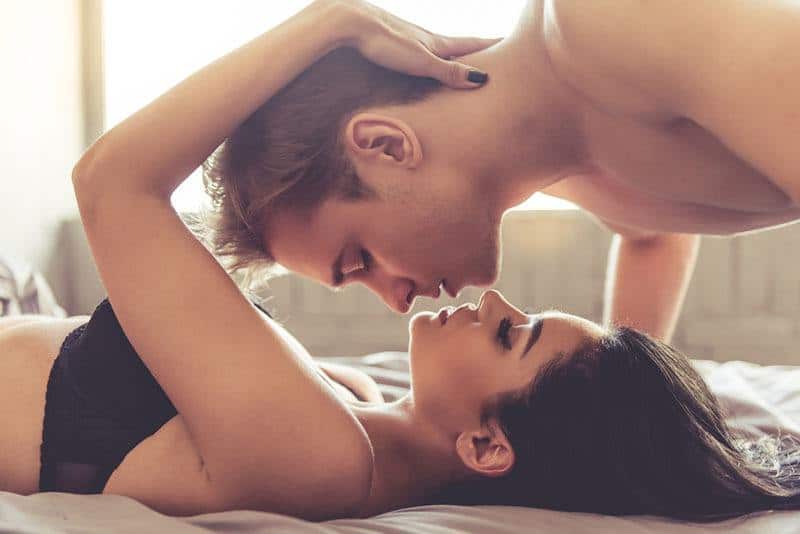 If you want to pick up someone you like, don’t hesitate to take things to a dirty level. For those who are a bit shy, but still want a piece of the action, I suggest playing the alcohol version of the game. People under the influence tend to be more relaxed and usually do things they would never dare to do sober.

Funny never have I ever questions 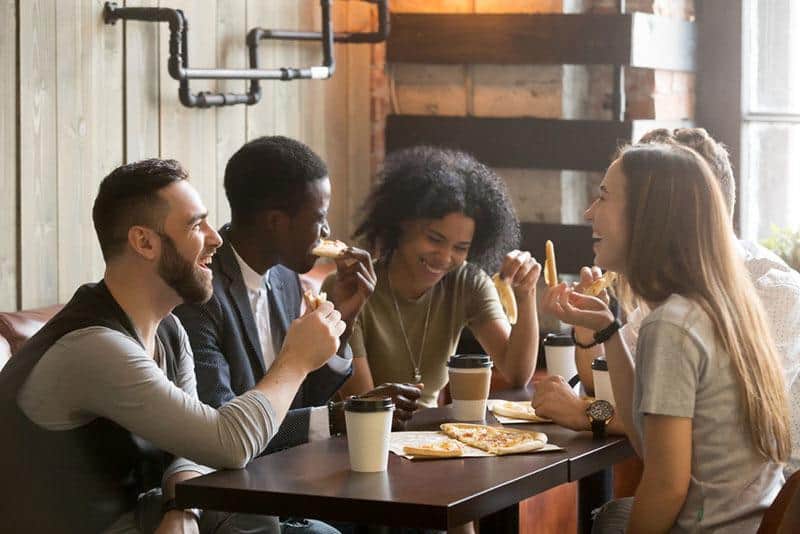 Never have I ever game is perfect to laugh your head off, especially when the questions are designed entirely for that purpose. Have you ever got a phone call that turned out to actually be a prank call? Well, while playing the game, you’ll get the chance to tell everyone about it so you can laugh together. Here is the list of funny questions to ask!

Never have I ever questions for kids 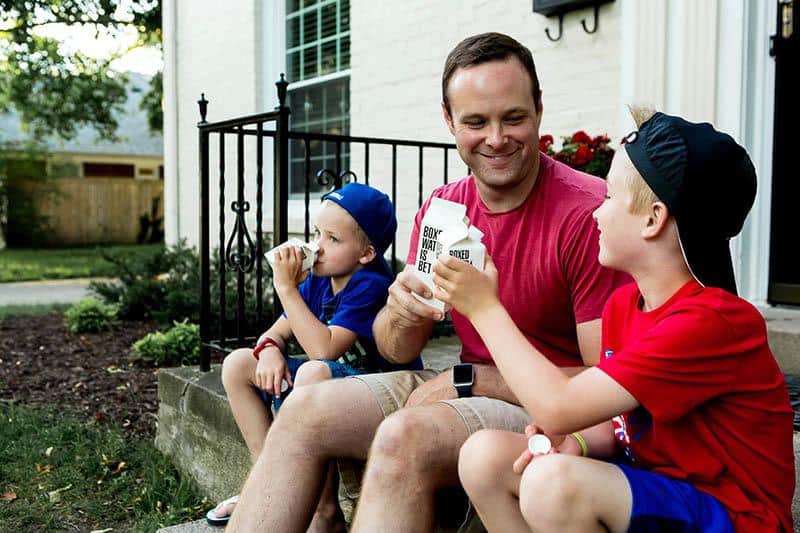 You can make your night a memorable one by including your kids in an innocent version of never have I ever game. You can use anything your kid is into – try Disney characters, their favorite songs, school-related things, anything that pops into your mind. Your kid is going to be thrilled and it will be a fun evening for the whole family.

Never have I ever questions for teenagers 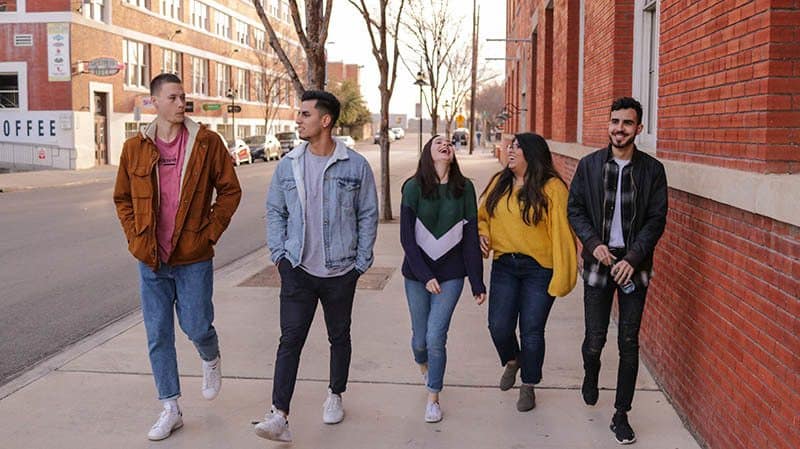 It’s hard to engage in a teenager’s life. Nothing you say or do can excite them, but try these questions to stir things up a bit and get them to react. We’ve hit the core, trust me!

Never have I ever questions for adults 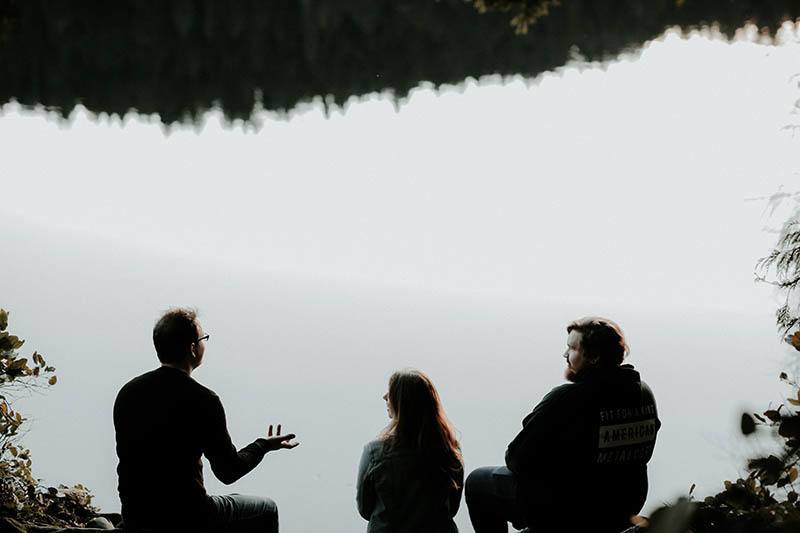 This is where we take the game to a different, more serious level. You’d be surprised how long will it take you to answer each of these questions, so think carefully and take your time.

Good never have I ever questions 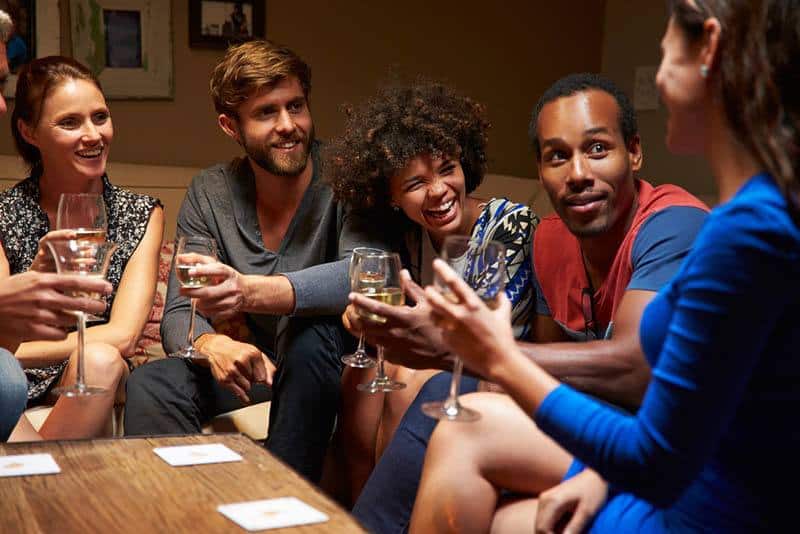 You simply can’t play the game without using these questions. Enjoy!

Never have I ever questions for couples 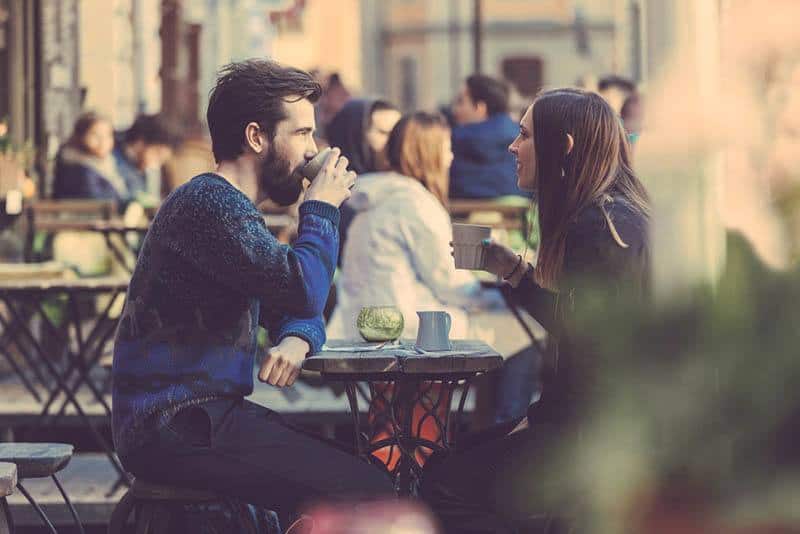 If you’re bored and you have nothing better to do on a Friday night, play this game and you’d be surprised how little you know about each other. It will definitely bring you closer together. 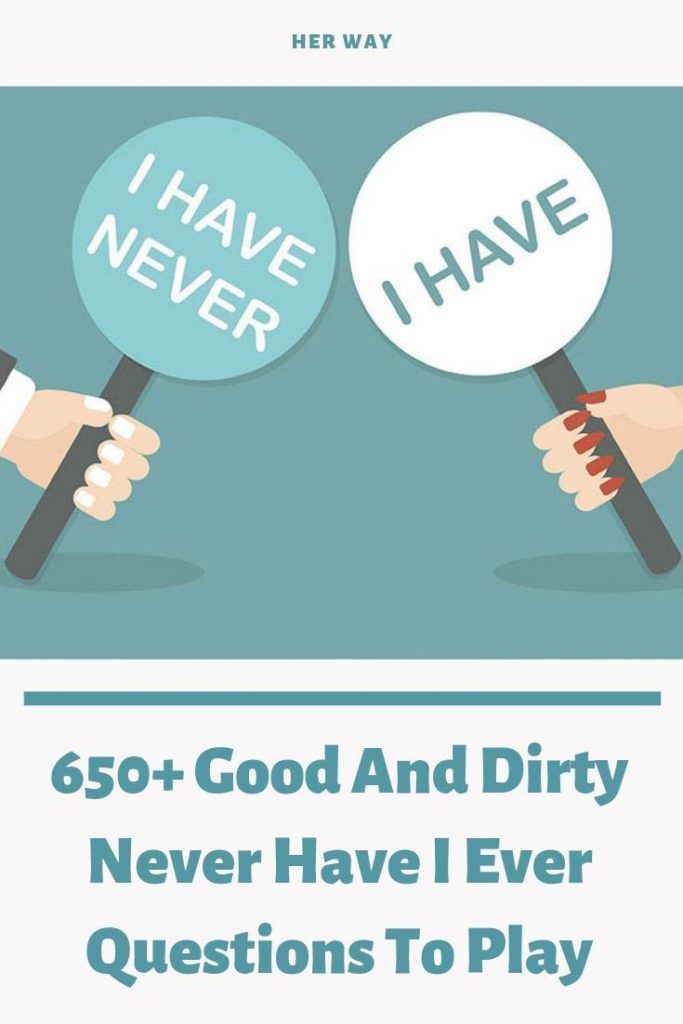 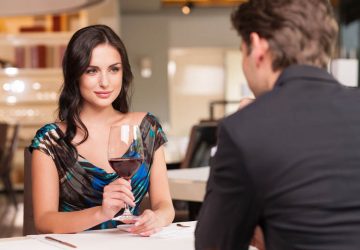 300+ Dirty 'Would You Rather' Questions For Guys And Girls 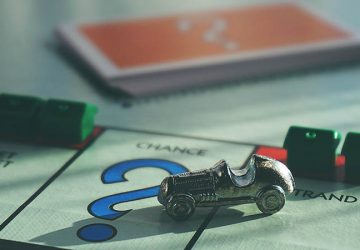 This Or That Questions Game: 600 Amazing Either/Or Questions To Ask 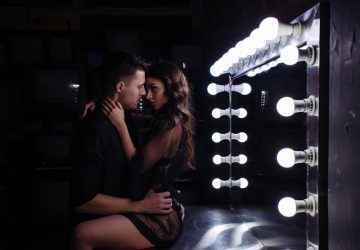 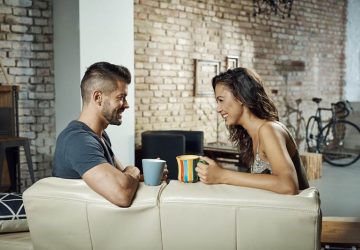 21 Questions Game: The Best Questions For Both Him And Her
Maria Parker May 25, 2019

This Or That Questions Game: 600 Amazing Either/Or Questions To Ask April 3, 2019