Regardless of how much he meant to you or how much you loved him, no love can ever be an excuse for allowing a man treat you like an option. I’m sure of this because I, too, have learned it the hard way.

As the story always begins, there was this guy who noticed me. We started spending time together and I fell for him. He was sweet and charming and nice.

He was almost perfect and soon I had so many butterflies in my stomach that I thought I’d faint each time he looked at me.

But, it didn’t just occur to me that there was something happening between us nor did I just randomly decided to have feelings for him. He made me fall for him.

He was the one to tell me how much he was into me and how much he wanted to try to see how things would work out between us. He said that he wanted me and that’s all I got. I only got his words, with zero effort.

We were on and off and went round and round and I kept waiting for him to choose me. But he wasn’t gonna do that. I mean, why would he?

I’d already proved to him that I’d be waiting for him no matter whom else he spent his time with the most.

I allowed him to treat me like an option because I thought he was this God-given gift and that I should have been happy he was interested in me.

Well, you know what? That was one huge pile of crap. He wasn’t special at all. It was me who made him so special. It was me who gave him all those divine traits, based only on the promises he gave me.

I know I should’ve known better, but I fell so hard for him that there was no possibility that I’d ever use my head to think about him.

It was always my heart that was making decisions. Turned out that my heart isn’t really the best organ to rely on.

I was so oblivious to things he did. I forgot my worth and I forgot about my values completely. I let him treat me like an option. I let him come and go as he pleased.

I was eagerly waiting for his text for days, only to be disappointed by some bullshit he wrote only to keep me hooked.

Then I decided I deserved more than someone’s crumbs. I decided I was worth being someone’s first option and if he wasn’t willing to put me at the top of his priority list then he didn’t deserve to be in my life at all.

So I stopped letting him treat me like an option. I actually decided I didn’t want him to treat me either way because I realized he was not the right one for me, no matter how much I wished he was. 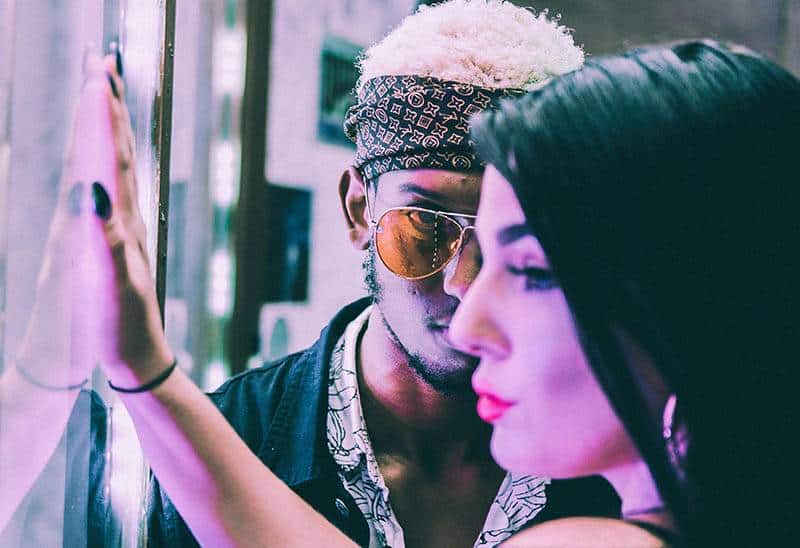 The fact is that if a guy wants you, there is no need for you to ask him to choose you.

There is no need to beg for his attention because he’d give you all his time if he thought anything was serious with you.

I stopped answering his random messages, I stopped romanticizing his 3am calls when he was drunk and I gave up waiting for someone who wasn’t headed my way to begin with.

All that happened to me got me thinking and I couldn’t help but wonder: How many girls are out there allowing men to treat them like an option?

Don’t ever let a man dictate your worth. If you do, you’ll end up waiting to be chosen by a man who has everyone else on his priority list above you. And it will be the worst feeling in this world.

Don’t ever let a man treat you like an option. If he doesn’t want to choose you, do yourself a favor and choose yourself. Choose to walk away.

Even if you don’t want to, even if you love him to the moon and back, even if you can’t picture your life without him, sometimes you’re obliged to be your own hero and understand that even though there are people you can’t live without, they’re perfectly capable of living without you.

If he lets you wonder if he likes you or not then he isn’t right one for you. The right man would never let his girl question his affection, he’d be the one to make sure she felt like on the top of the world with him.

He wouldn’t just talk, he’d make sure that his words were followed by his actions.

So if he isn’t treating you right, if you’re not on his priority list, walk away.

It might be painful at first, but after some time, after you grow enough to be able to figure some things, you’ll see how walking away from someone who treats you like an option is the best thing you could do.

Asking him to choose you but staying even after he doesn’t would mean that you’re allowing him to do to you whatever he wants.

It would show him you’re weak and that he’s the one in charge of your life.

It would show him you’re a girl who’s perfectly capable of taking care of herself.

Walking away would mean putting yourself at the top of the priority list when someone else had no decency to do it.

So walk away from anyone who doesn’t see your worth. Because there will be someone who’ll thank you for freeing your path for him.

There will be someone worthy who’ll choose to see your worth but only if you move all the toxic people out of his way.

So walk away and never let anyone treat you like an option. You deserve to be someone’s priority. 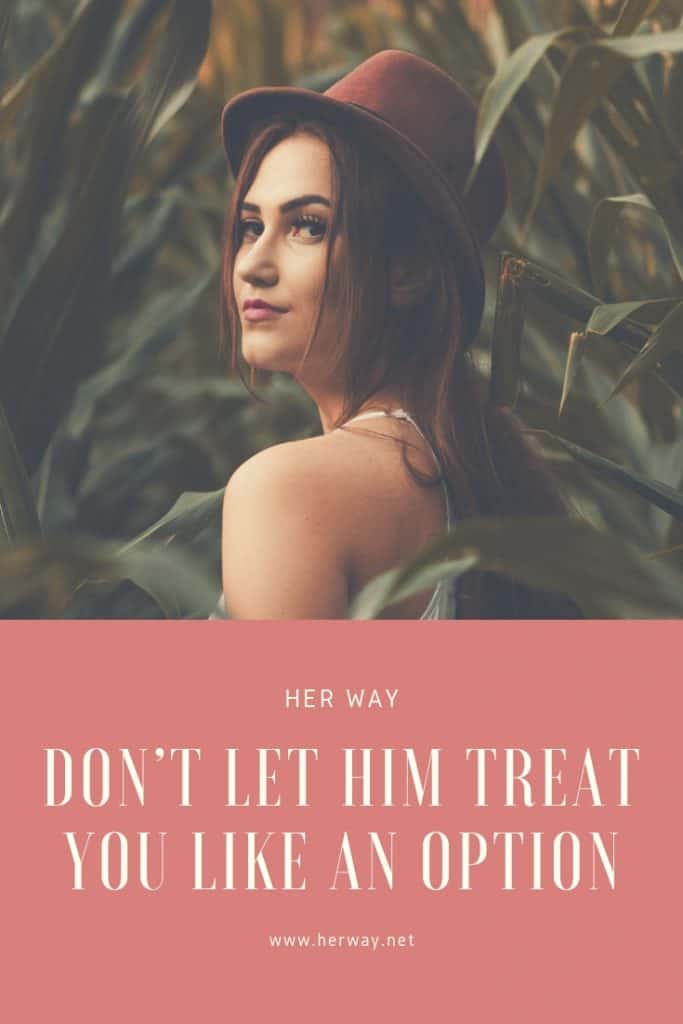