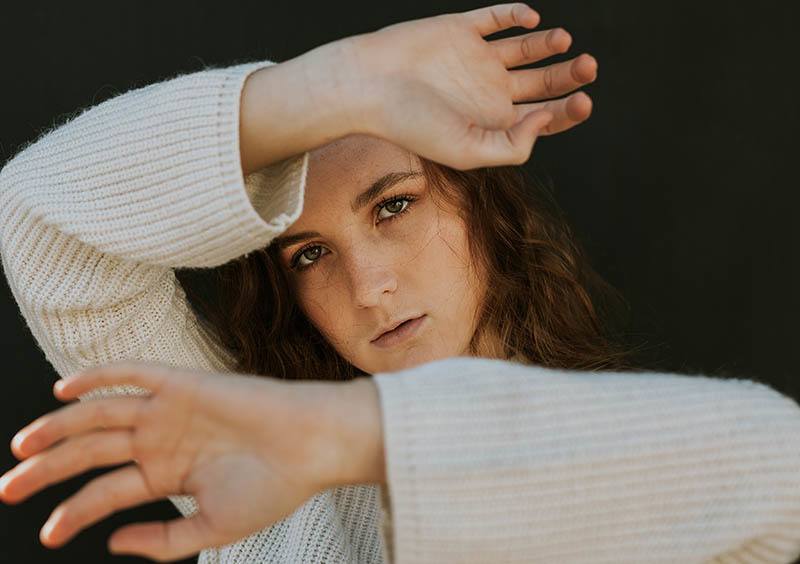 Usually, when talking about abuse, people think of physical abuse and rarely anyone thinks about another dangerous kind of abuse—emotional abuse. Screaming and manipulation don’t leave visible wounds, bruises, or scars.

If you want help, if you want to tell someone what has happened to you, it’s a risk because you’ll never know if people are going to believe you, especially if you are dealing with a manipulator in disguise. He’ll make sure you appear crazy and unreliable, so even if you’re telling the truth, no one will believe you.

There was a girl, a close friend of mine and she was abused emotionally to the point where she wanted to take her own life. The idea of taking her own life was more appealing to her than putting up with constant manipulations, gaslighting and insults.

She was too scared to do anything about it. He made her believe she was incompetent and unworthy of anyone’s love. He isolated her from the world, so she couldn’t ask for help and even if someone tried to help her, he would interfere and later on, she would experience his rage. She would suffer even more just because someone wanted to protect her.

In situations like hers, no one can help you but yourself. The only thing you can do is to educate yourself. Try to find what experiences other people had when dealing with emotional abusers and go to web pages that are dealing with these kinds of problems. Take courses that can help you with escaping emotional abuse and rebuilding your life. You can find help with this issue at the following link:

Here are some of the ways that can help you in protecting yourself from emotional abuse:

1. Be smart enough not to fall for his tricks

An emotional manipulator will do anything to get under your skin. He will put the blame on you, he will make you feel like you are the crazy one. He is a master when it comes to ignoring and thus hurting you, pretending you did something wrong. This hot and cold behavior keeps you on an emotional roller coaster and no one can ride on that thing for too long. Sooner or later, you lose it. Emotional abusers feed themselves with your reactions, with your sadness and the fact they are getting to you. The only way you can protect yourself is to keep your cool. Don’t let him get to you, don’t show him it bothers you and after some time, he will give up because you are not reacting the way he wants you to.

2. Know that you can’t change him

This is the most common mistake women make in abusive relationships. Your feelings are mixed somewhere between love and hate because in the beginning, you really loved him—until he showed his true face. When he became a person you were scared of, you tried to change him because your mind wouldn’t accept the fact that he was not the person you once knew. The fact is, he is and he always was, but his manipulations are so good that you missed the fact that he is a manipulative asshole. His toxic behavior will never change because he can’t change. He is the way he is and you have to accept that and leave the relationship before he takes away your will to live, before he makes you loathe yourself and listen only to him.

3. Write down the things he says

He can twist anything you say. His ultimate goal is to make you look like the bad guy and present himself as a victim of your abuse, someone who will ‘forgive’ you for your behavior because he is generous that way. When in reality, you are the victim of his manipulative behavior. Write things down after you talk to him, so the next time he tries to twist your words, check to see if you were right. Check what you’ve written down, so you’ll know you’re not crazy and you’re just a victim of a crazy manipulator.

You’ll waste your energy if you try to change yourself. You’re going to be miserable no matter how many times you try to convince yourself that you’re not. You may lie to yourself and as long as you are doing exactly what your abuser wants you to, you’re going to be fine. You won’t be abused but you’re going to be very unhappy. Don’t change just so you can avoid conflict with your partner. Choose a goal you want to fulfill, something you like and not a goal that suits him. If you refuse to change your mindset, no one can touch or manipulate you. Be strong. Click here to see how:

Recover from a Manipulative Relationship and Reclaim Your Sense of Self

You shouldn’t let him get his way, but sometimes you just have to fold, as otherwise you would go insane. Sometimes it’s easier and better for you to just let him win the argument and let him have his victory dance. Sometimes it’s better for your sanity to let him think he is right and after some time, karma will come to take its revenge, you can be sure of that.

6. Avoid an emotional relationship with him

This is easier said than done because in most cases these are manipulators in disguise, emotionally insecure men who defend themselves by treating others like crap and manipulating women into behaving the way it suits them. Leave the relationship at the first signs of his manipulative behavior. Don’t fool yourself into thinking that it was a one-time thing because it never is; and by the time you realize that, it will be too late to get out without any serious consequences.

7. Give yourself a pep talk

Give yourself a positive self-talk anytime you get the chance. Convince yourself that you are a beautiful human being who is worthy of true love and attention. These emotional manipulators are capable of ruining your life and they will poison you and your self-respect on a daily basis. Bit by bit, he will destroy you completely over a long period of time. He enjoys seeing you suffer and seeing your mood fall apart; it’s what feeds him and his manipulative, insatiable ego.

Be careful because your abuser will try to convince you that you are in a healthy relationship. He will try to ‘fix’ things by saying he will change and become better, but that is only to fool you and trick you into staying. He is giving you false hope and making you believe things are going to be better but they never are. He will consume you and drain you until you’re just a shadow of the woman you once were. Protect yourself and seek professional help if you need to. 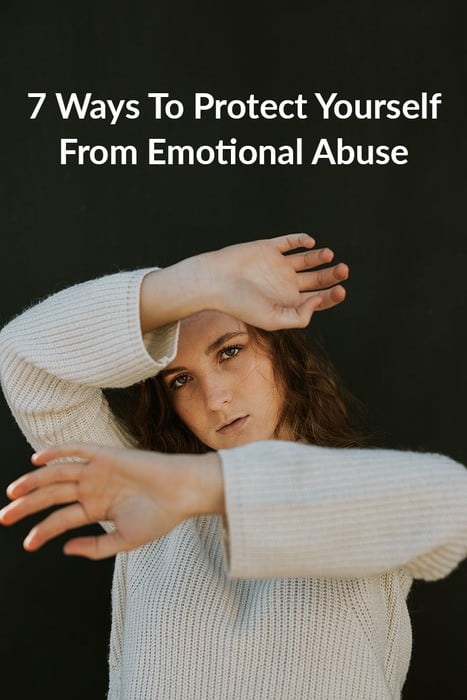