When you care for someone, you usually only pay attention to the way he acts in front of you and toward you.

You assume that he really is the person he pretends to be when the two of you are alone and you rarely investigate his behavior any deeper.

However, there is one huge difference between your forever person and the guy who is not the one for you; the latter will do his best to convince you he is your Mr. Perfect but will show his true colors when you’re not around.

Therefore, if your romantic partner has a nasty habit of doing all or most of these things behind your back, they are clear indicators that he is not your soulmate.

Talks trash about you 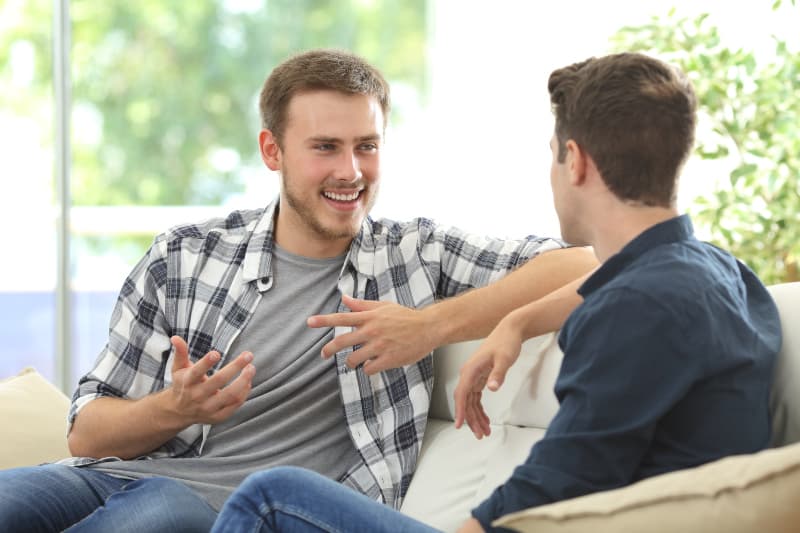 A man who loves you will be completely honest toward you.

Of course, he won’t put you down but he will point out your flaws and will use every opportunity to inspire you to become the best possible version of yourself.

However, all of this should happen face-to-face, in privacy, when there is no one else around.

In fact, this guy should have your back, stand by you and defend you in front of the entire world, even when he sees that you’re mistaken.

Then, once the two of you are left alone, he will tell you what you did wrong.

Nevertheless, your partner is different. He compliments and praises you all the time but changes his story whenever you’re not around.

You’re not perfect but talking trash about you behind your back is, without a doubt, a huge sign of disrespect.

It doesn’t matter whether you two are in the middle of a fight or if he is angry at you at a given moment; he should never allow himself to criticize you or to gossip about you to others.

Flirts with other girls 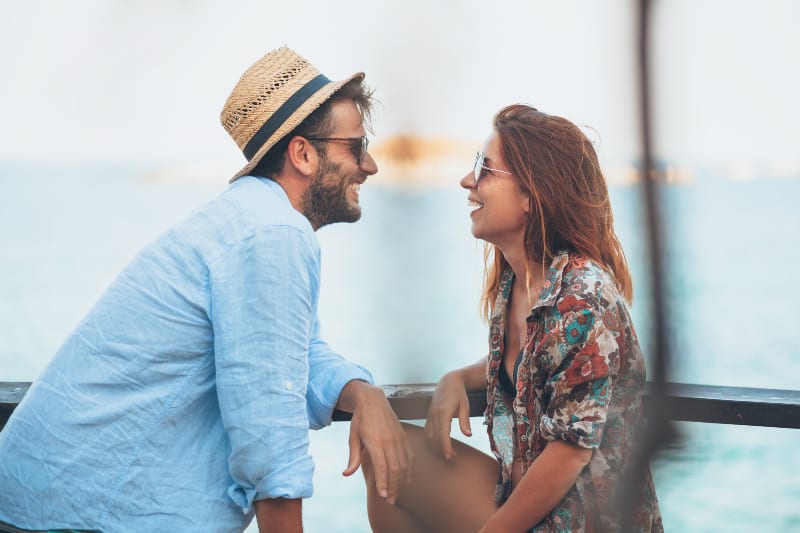 In today’s world, having a faithful partner is a real blessing.

However, it is not enough for your boyfriend to give you all of his undivided attention only when you’re around and to completely change his behavior as soon as you walk out of the door.

After all, if he’s in a relationship, his status is defined in all possible situations and it has nothing to do with your presence or absence.

It is not acceptable for him to take on the role of a bachelor every time you’re not around and to start hitting on other girls, as if he were single.

If this is the case with your relationship, I guarantee you that the only thing preventing this guy from cheating on you is the possibility of you catching him.

He is not faithful because he loves you—he is scared that he’ll get caught.

He is actually calculating things and he just doesn’t want to risk everything you two built for some temporary passion.

So, instead of putting up with his behavior any further, it’s time to give him exactly what he wants—a chance to really become single and a clear path to keep on chasing other women.

Talks about the details of your relationship 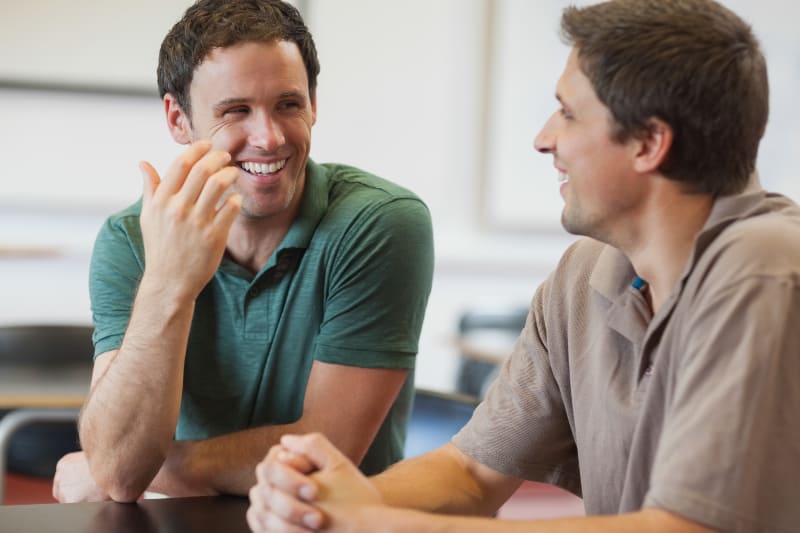 Everything that happens between you and your boyfriend shouldn’t concern anyone besides you two. This especially applies to your fights and bedroom activities.

Naturally, you both have friends and sometimes, you want to share things that are bothering you with them.

You want to hear their opinions, take their advice or just have someone to listen to you.

However, even in this case, you have to be extra careful about the details you bring up. And so does your boyfriend.

Nevertheless, if his guy friends know every little thing that has gone on between the two of you, this is not the man for you.

He is obviously not mature enough and needs someone to tutor him and tell him what to do in certain situations.

Knowing all of this, it is more than apparent that you’re not in a relationship with just him but with his entire entourage as well.

Remains friends with his ex 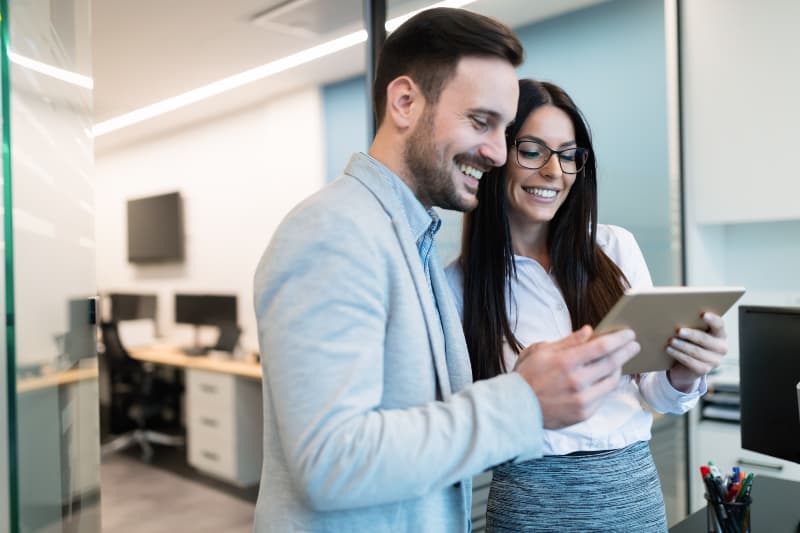 Staying friends with an ex is not a crime; in fact, it can actually be a sign of real indifference between two people who used to be in love.

As long as they can be friends now without any grudges or hard feelings, all of the emotions which once existed have disappeared.

What is important in this case scenario is for your new partner to be completely aware of this friendship, its nature and history.

And that is exactly the issue with your relationship; it is not a problem that your boyfriend stayed on friendly terms with his ex—it is the fact that he is trying to keep it a secret from you.

Well, this can be a red flag that there is still something going between the two of them.

Or maybe he is the one who still has feelings for this girl, he knows he is doing something wrong and consequently has the need to sneak behind your back.

The last thing you need is a man who has some unresolved issues from the past, a guy who is using you as a rebound girl or has a lot of emotional baggage he is trying to bring to your relationship.

Makes plans without you 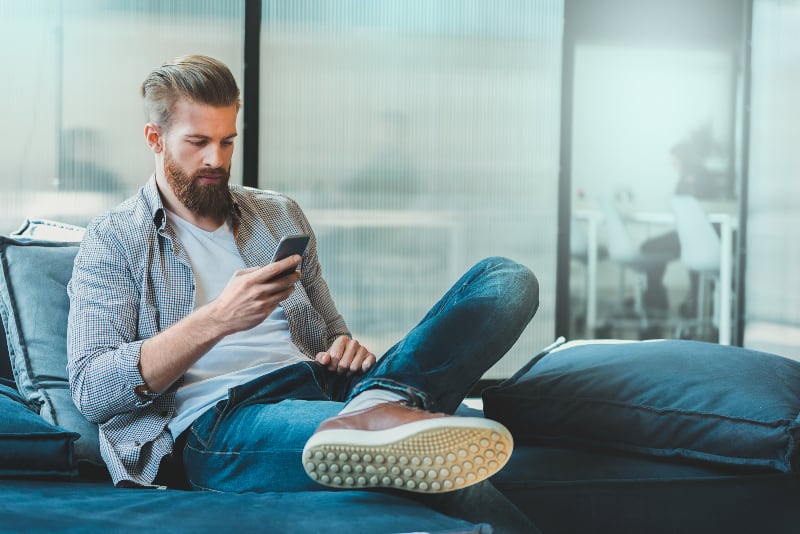 Just because you and your boyfriend are a couple, it doesn’t mean you’re tied to one another.

You’re both allowed to have a life outside of your relationship as well as to hang out with other people.

However, if you two are in a committed, serious relationship, it is not nice of him to make important plans about his future without including you.

I’m not talking about things such as moving away or changing career here only—I’m also talking about, for example, planning his next holiday without even talking about it with you first.

Of course, he is an individual and you can’t tell him what to do but if you guys are a team, him not taking your opinion into consideration is definitely sending you a message. 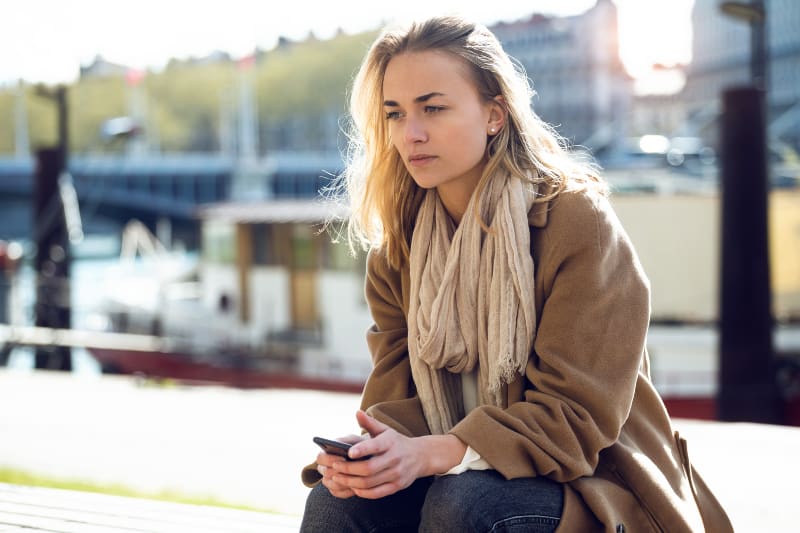 There is nothing worse than dealing with a sweet talker whose actions don’t match his words.

And this is the best possible description of your boyfriend; he keeps on making empty promises he doesn’t keep.

It doesn’t matter what we’re talking about here; if he promises you one thing but continues doing something completely the opposite, he’s not the one for you.

It is not okay if he plays by the book and acts like he agrees with everything you say just while you’re physically present and then suddenly changes his behavior as soon as he sees your back. 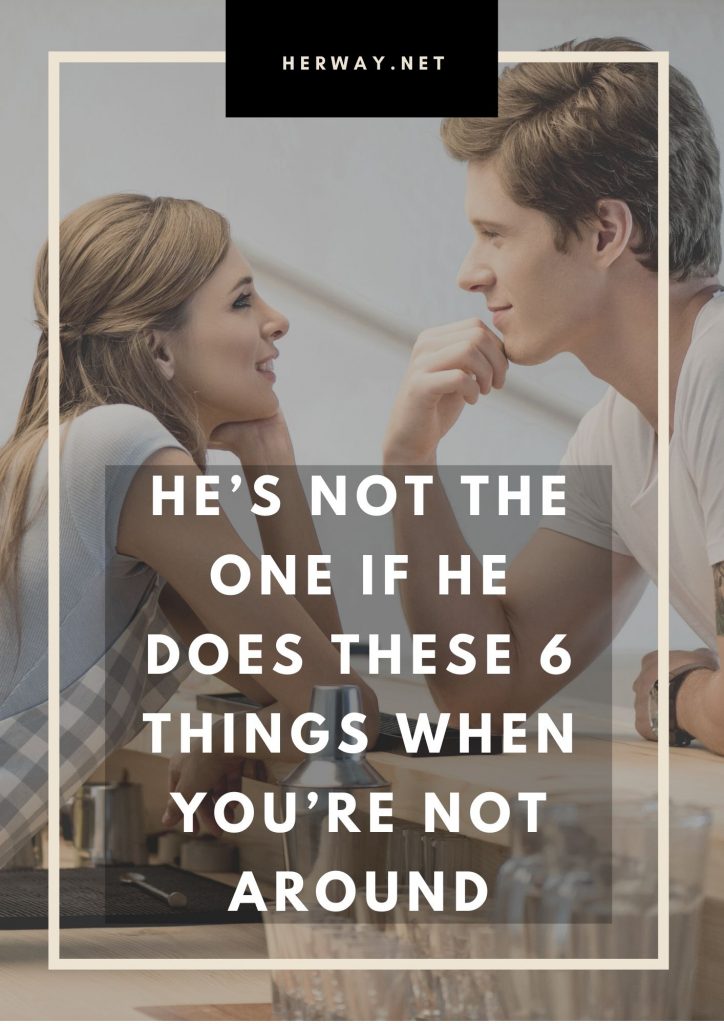