My love life is one big messy story and my exes were one toxic disappointment after the other.

It was really hard to handle. I would get my hopes up, thinking to myself “finally somebody normal,” then suddenly all whole toxic hell would break loose.

The emotional abuse would start. Playing the victim, guilt-tripping, judging, criticizing, and everything that follows the pattern of toxic manipulation.

The same old scenario would play itself out again and I felt like I was drowning in my own tears, in my own pain.

With every disappointment, my broken heart became weaker, wounds deeper, and my whole being emotionally drained. 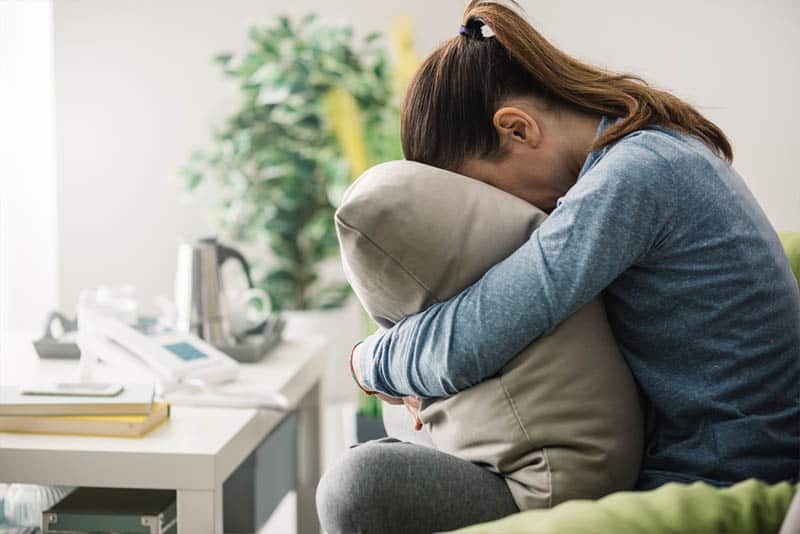 I knew that something was off. I couldn’t pin it all down to bad luck and their emotional instability. That there was something about me that they were drawn to.

But what was it?

Did I do something wrong? Is there something faulty inside of me that triggers that evil behavior?

I was making myself insane thinking about all the possible scenarios that answered why my every relationship was doomed to such an awful end.

I can’t tell you the exact day, but somewhere down the line, it all became clear to me. When I finally found myself again, when I was far from my last toxic ex, I found reasons why toxic men are drawn to me as if I were a magnet.

It wasn’t one thing, it was a number of small subconscious things I was doing out of love. Also, I possess traits toxic men lack but desperately want to have.

My last relationship was proof of that. I’ll explain a few of my toxic relationships through this last one because that’s when I decided that enough is enough. I deserve better.

I was too understanding 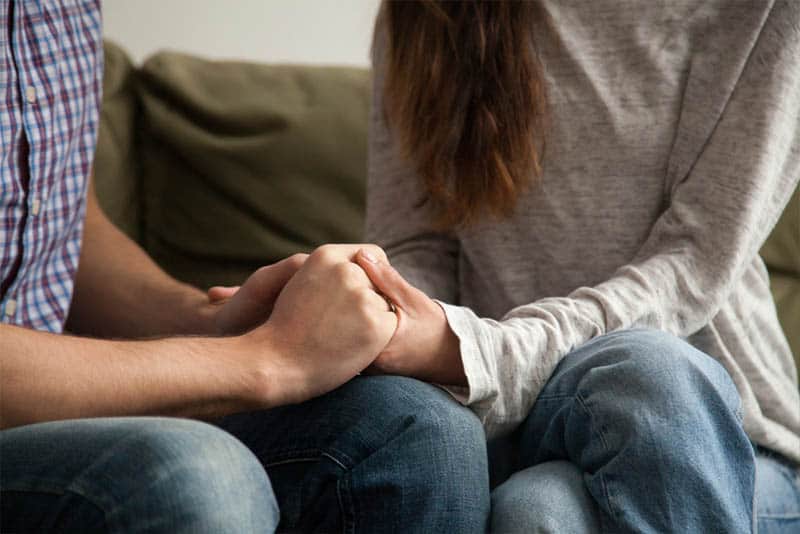 To put it in more sincere words, I always made excuses for every shitty thing he did. I loved him so much that I would allow him to disrespect me.

For example, I would be all dressed up for our date at 8 pm and he would arrive at 10 pm. We would bicker a bit and then act as though nothing happened.

On other occasions, he would play texting mind games with me. For instance, he wouldn’t text me back until the next day.

I would say to myself that he probably went to bed early or he would tell me some lame ass excuse. It doesn’t matter; I didn’t sleep all night thinking about all the worst case scenarios.

I was too available

I would pick up the phone the minute he would call, no matter how long he ignored me before that.

He would prioritize his friends, family, work, hobbies… but never me. I always came last. I was always available when it was convenient for him to come over or go somewhere.

He basically took me for granted because he saw he could.

I trusted him in spite of my better judgment

The stories he told me, the excuses he gave me, all seemed improbable and sometimes even unrealistic, yet I chose to believe him.

In reality, I knew better. I just wanted to believe him because I liked him… because I cared… because I wanted him to be someone I can trust.

I should have never ignored my gut that was showing me all the red flags.

He played the empathy card 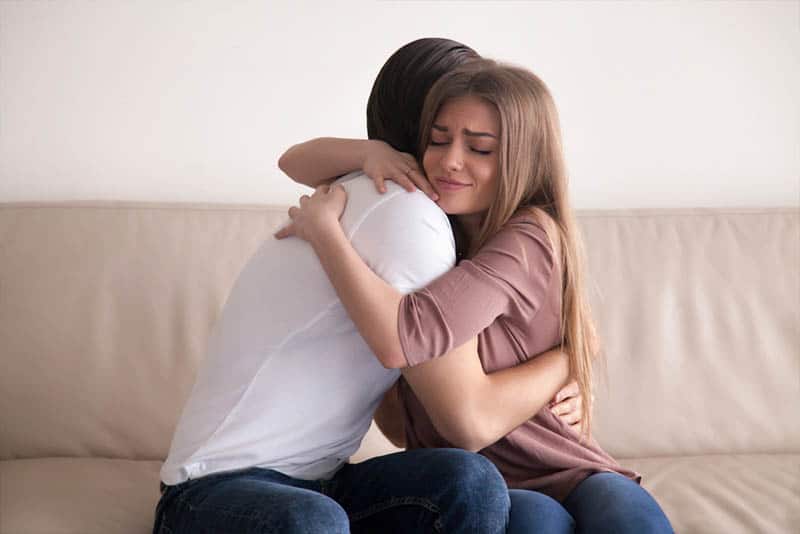 I am an empath; I really sympathize with other people, especially when there are romantic feelings involved. He saw that in me. He saw it and used it against me.

He would serve me some sob story of how life has treated him badly, how he is all out of luck, how his ex was a bitch, and how he lacked love in his life.

I would buy into that crap and I would justify his lousy behavior. I would forgive him before he even had the chance to say “I’m sorry.”

I didn’t mind making more effort than he did. I did it without even thinking about it. But the more I gave, the emptier I felt because I didn’t get anything in return.

Soon, I started to feel like he didn’t care for me at all. I missed a listening ear and tight hugs on gloomy days. I missed someone with whom I could share my happiness, instead of being jealous of it.

I missed harmony, peace, and a sincere smile on my face. I missed it all and I still stayed.

I don’t know why, though.

It’s easier to rationalize now that I am far away from him and the whole situation. But when I was there, I couldn’t help but feel all the emotions so intensely and I couldn’t pull myself together.

I had moments of clarity. I was in situations when I knew leaving was the best thing. When I would cry day and night because of something he did or failed to do.

I should’ve walked away then, in one of those moments where I was angry, hurt, and saw him for who he really was. I shouldn’t have stayed; I was only giving him another chance to hurt me.

I stayed for longer than I should have because I believed that things can be fixed.

I was so incredibly wrong. You can’t fix what’s already broken. You can’t change a man who doesn’t feel the need to change himself.

I know that now. I know all my mistakes through my every relationship and I am not about to repeat them.

I am not a magnet for toxic men anymore. I am whatever the opposite might be.

I learned to recognize the red flags and avoid toxic men. I learned that I have to respect and love myself in order for others to do the same.

I’ve established boundaries I’m no longer crossing. I’ve become a woman who grows in confidence with every passing day.

The one who speaks up when she is not treated right. The one who forgives but doesn’t forget. I’ve become a woman who will never tolerate anybody’s toxicity again. 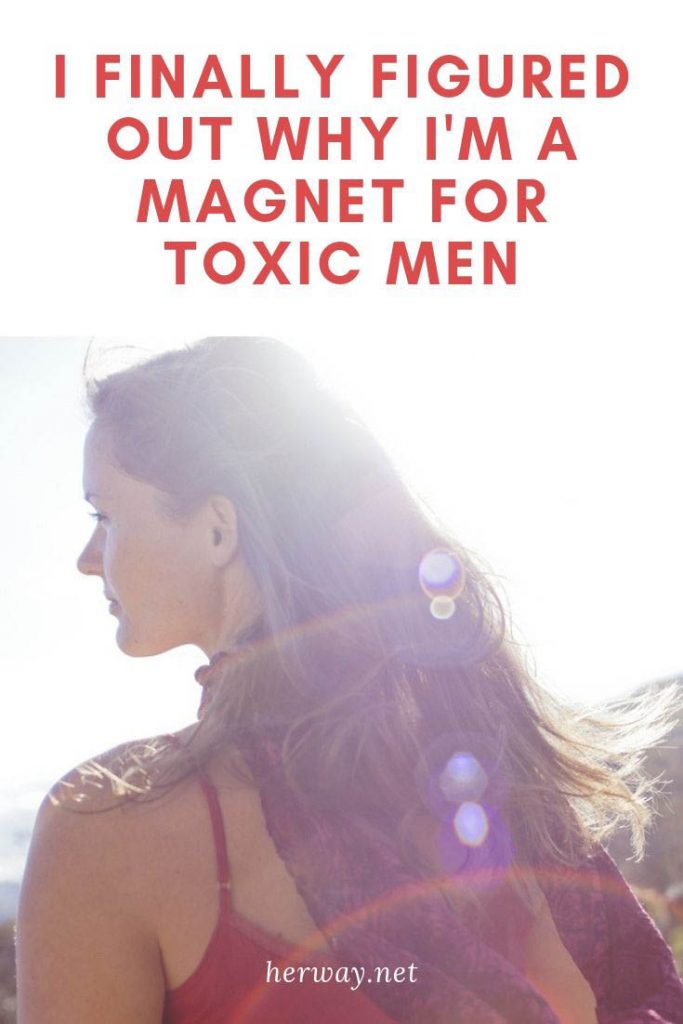 Men suck and that's that.