He has suddenly started showering you with gifts for no reason 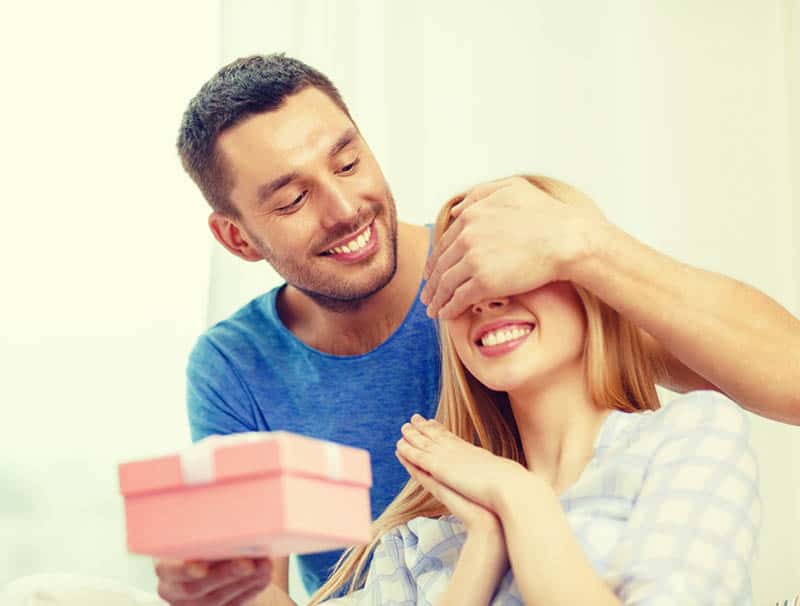 Out of the blue, he has started buying you all these gifts, whether big or small, for no apparent reason. He is constantly surprising you without offering any explanation other than that he loves you.

While this is a thoughtful and kind gesture, it may carry certain negative connotations. Think about it.

You know this man better than anyone. Has he ever done this before? Has he ever bought you presents just for the sake of it?

If it seems a bit suspicious and unlike him, it probably means he’s feeling guilty for something, and buying you gifts is his way of easing his sense of guilt that is probably washing over him.

Cheaters do this in order to make themselves feel better for betraying your trust.

Gifts are nothing but tokens of their guilt and remorse that you should never fall for. There are no excuses for what they’re doing. 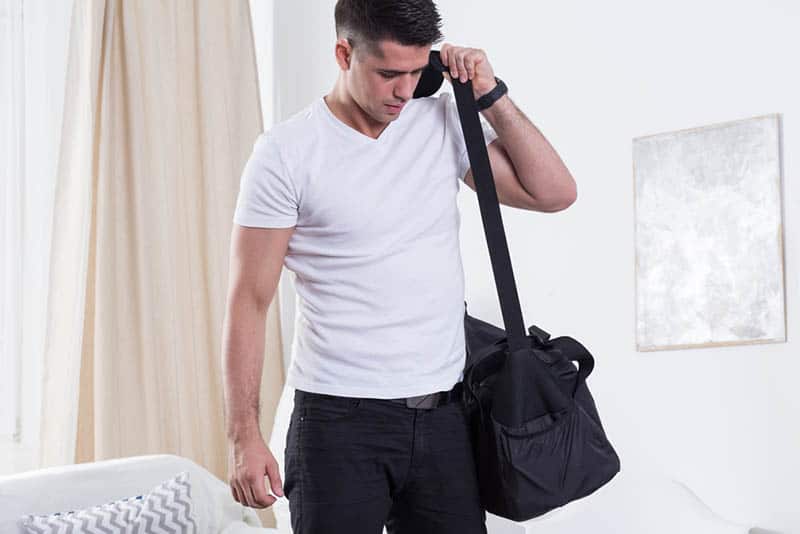 It’s normal that eventually in a relationship both partners let themselves go because they don’t really have anyone to impress anymore. You’re comfortable just as you are and so is he. So a few pounds here or there doesn’t really mean anything.

But cheating men are known to start hitting the gym once they start seeing another woman. They are basically in the beginning stages of a new relationship and they aim to impress.

They want to get buff and fit so naturally gym becomes their second home.

If your man has suddenly taken a huge interest in that healthy gym life, it could be because he has already strayed or is about to. Investigate to know for sure. Don’t let your gut feeling go unheard! 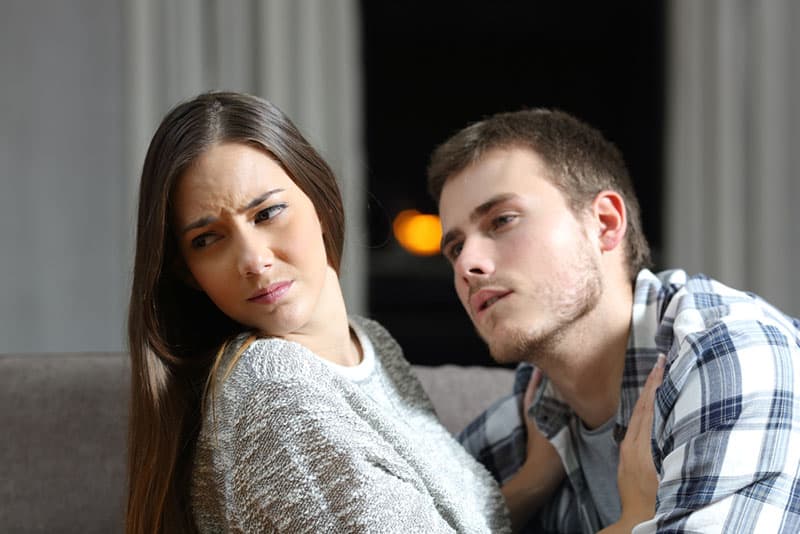 He is convincing you that you two saw a certain movie together, but you are SURE that you haven’t, or he is keeps referencing inside jokes that you know are not with you.

All these are signs that he is mixing up his two lives and is struggling to keep up with his lies.

You are likely the only one totally in the dark, as the other woman probably knows she’s a side piece.

So he is bound to forget the details of your relationship or mix them up with something else. And now you know why.

His mind is elsewhere and his lie is becoming more and more of a burden. Make it easier on him by leaving his ass and let him know you’re SO onto him.

His mood swings have become unbearable 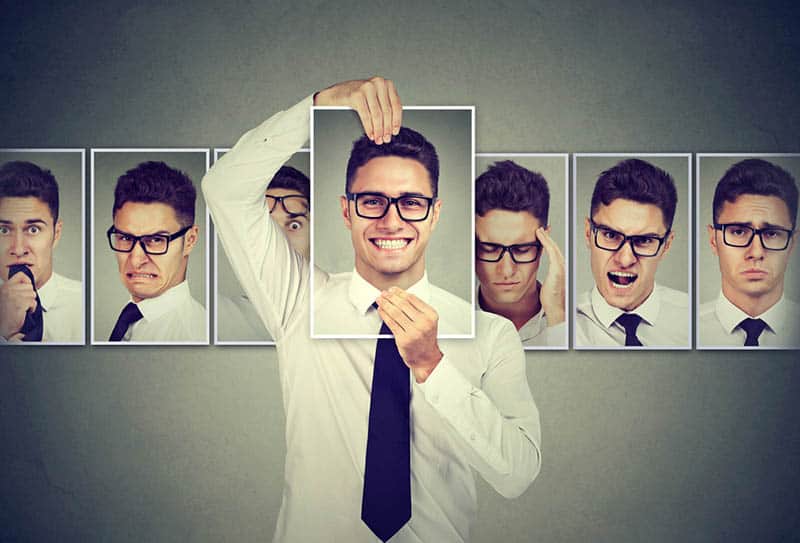 He has suddenly become more irritated than his normal self, and the tiniest things make him go berzerk. He always tries to shift the blame on you, even though it makes ZERO sense.

Cheaters usually feel extreme guilt for their actions, so they try to pick a fight with you to ease the guilt of what they’re doing.

They want to make YOU the bad guy by making you look like an asshole for something they did.

Don’t fall for it… If his mood has become a nightmare and he doesn’t seem to know what he’s doing anymore, it’s just his guilt eating away at him and leaving him frustrated and powerless.

If you two were on solid ground before the cheating, this betrayal makes him look like a complete ass.

But if he stirs up trouble and makes it look like there’s something wrong on YOUR part, then he just had to leave, aka he doesn’t look like the bad guy anymore. 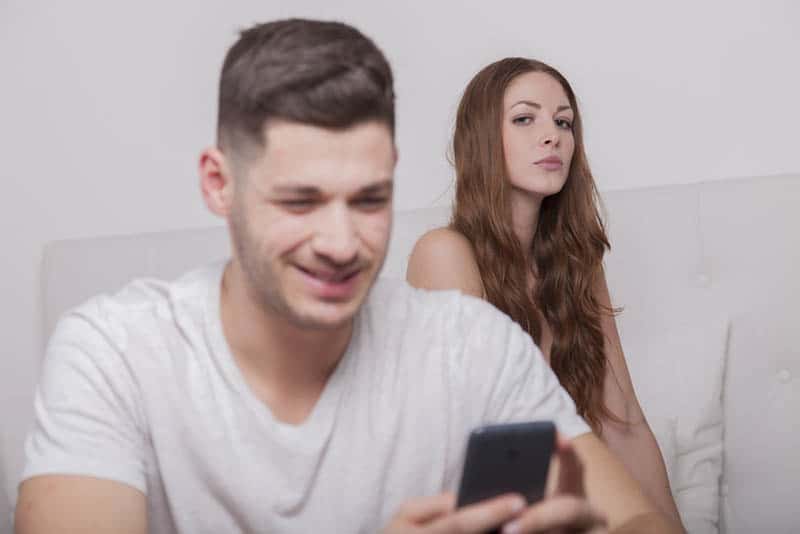 Normally, he has no problem sharing where he’ll be after work and who he’s going to be with, but lately he’s become evasive.

He tells you not to worry, he won’t be long, and that you probably don’t know the person anyway.

If he used to be okay with leaving his phone or laptop within your reach, now it’s a whole other story. It’s always somewhere you can’t easily access it and it’s all locked with passwords you don’t know.

If you try to take his phone to see a photo or a video, he gets visibly mad or nervous and demands you give it back so he can show you himself.

He is clearly uncomfortable with you being around his stuff and he answers all of your questions vaguely, visibly annoyed by them.

Listen, it’s okay to want to preserve your privacy, but a drastic change of behaviour implies there is something seriously shady going on.

Cheaters behave this way in order to never risk you uncovering their ugly deeds.

If this is not how he normally acts and he used to be cool with you checking his phone if you need it for something, he is definitely hiding a side chick, and you around his stuff is making him more nervous and agitated than ever. 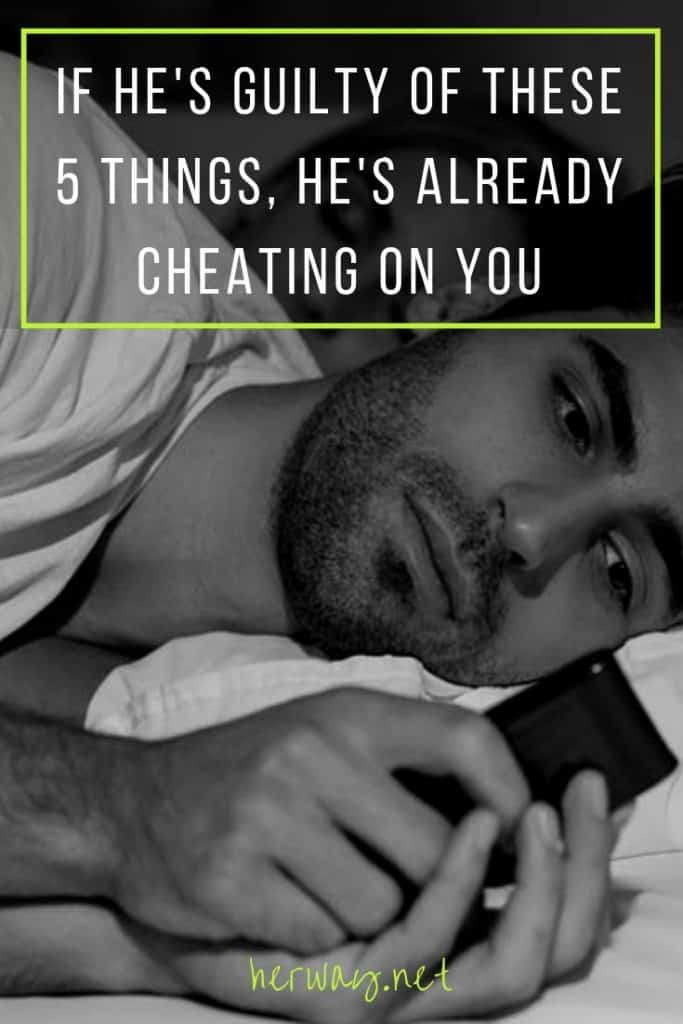 14 Signs She Sleeps Around: How To Spot A Cheater

[…] Pay attention to other signs to be able to tell for sure whether or not she’s guilty of cheating. […]