It is a known fact that many relationships have ups and downs and that sometimes partners fight. But you need to distinguish a normal fight from abusive behavior and if you see that is happening to you, you should leave as soon as possible.

You need to know that life with an abuser is not easy and that as long as you are with him, you won’t be able to shine like you deserve. In fact, your life might be in danger if he decides to make a living hell out of your life.

In case you have kids with a man like that, you should leave so they don’t see and hear all the fighting because it can leave some serious marks on their emotions.

For all those who are not quite sure if their relationship is abusive or for those who don’t have the courage the leave a man like this, here are some things that could change your mind.

Contents show
1 1. He threatens you
2 2. He is slamming doors and breaking dishes
3 3. He takes your money and wants you to ask him for some
4 4. He intimidates you with knives or guns
5 5. He slaps you or hits you
6 6. He plays a victim role
7 7. He says he will kill himself if you leave him

A man who is in love will never threaten the woman he loves. Instead, he will cherish her and she will be the apple of his eye. On the other hand, the abuser is someone who will make your life worse than it was before you met him.

If he doesn’t like something that you do, he will be rough, calling you names and making you feel bad about yourself.

If you have kids with him, he will threaten to take them away because he knows that by doing that he will hurt you the most.

2. He is slamming doors and breaking dishes

This is something that every domestic abuser does to make you feel afraid and force you to do everything that he tells you to do.

If you don’t do something the way he wants, he will get mad and start slamming doors to show you that he won’t tolerate that kind of behavior anymore and that you might be someone he will hit next time he gets mad. He wants to freak you out totally and to brainwash you to do things that he wants you to do.

If you catch your man doing something like this, it is a sign that he is transforming into an abuser.

3. He takes your money and wants you to ask him for some

In this way, he wants to belittle you and even if you earn much more than him, he won’t admit that.

He will ask you for the money from your salary and then he will make you come to him and ask him for some.

In this way, he wants you to be addicted to him and that he decides what he will do and when. This is one more sign of domestic violence and if you have the chance to leave him, please do that to save yourself from agony. 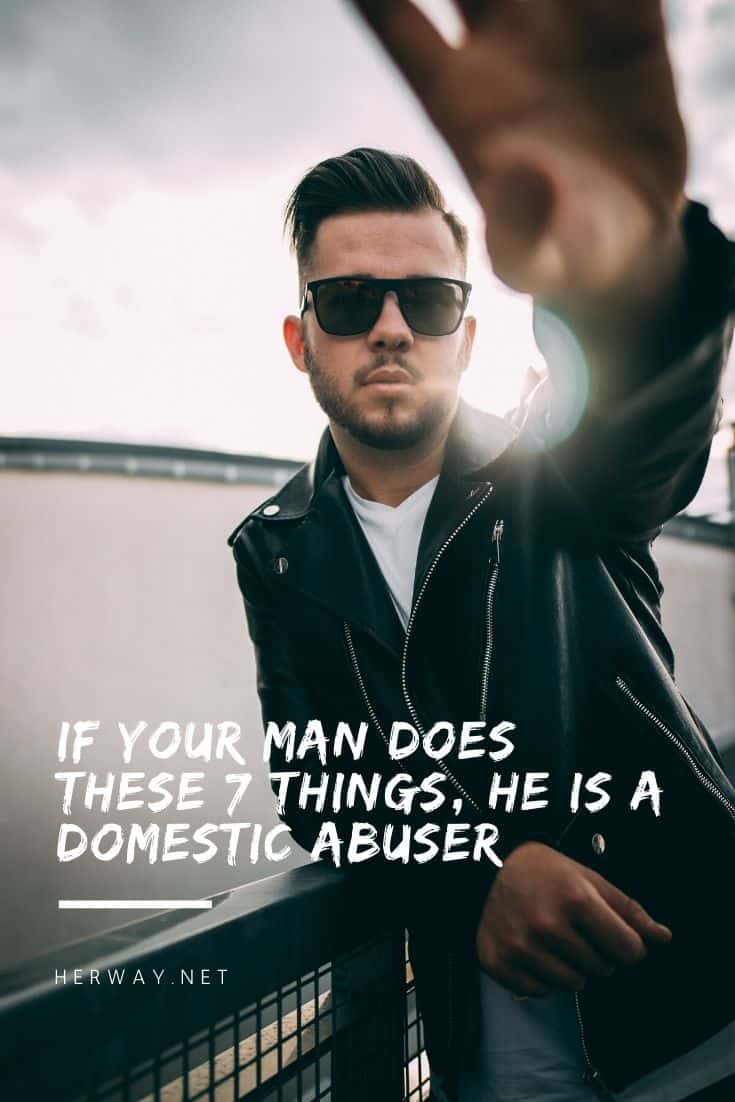 4. He intimidates you with knives or guns

When a domestic abuser sees that you might escape, he will use all means necessary to keep you close. That includes using guns or knives to intimidate you to stay with him or say that he will kill you and then himself.

He is just playing mind games with you and he knows that you will stay because you are worried about your life.

If you have kids with a man like this, make sure that they don’t see or hear all that fighting because it can make them go through serious trauma.

5. He slaps you or hits you

If he is doing anything that could hurt you in a physical way, you can be sure that what you are going through is not just a bad phase but that he is a real domestic abuser.

This is the worst thing that a man can do to a woman whom he loves, knowing that she can’t do anything to defend herself. Also, don’t trust him when he says that he won’t do that again and that he made a mistake because if he hits you once, he will do it again.

A man like this doesn’t deserve your love, so don’t be afraid to leave him because that is the only way you will find the right path.

6. He plays a victim role

If he has a bad day or any other problem, he will blame you. As time passes by, his life expectations will be so high and you won’t be able to fulfill them.

And again, he will blame you but this time it won’t stay only on that, but he will abuse you emotionally or even physically. He doesn’t understand that you can’t meet all his needs and that you have your needs as well.

7. He says he will kill himself if you leave him

This is one of the most obvious signs of domestic abuse. By saying this, your abuser wants you to stay close so he can continue to control you and to do things in the way it works fine for him.

So, in this case you are stuck between two fires—on one side there is a man who wants to kill himself if you leave and on the other hand we are talking about your own life that will be destroyed if you stay with him.

Please bear in mind that you should always choose your life before his because he loves himself too much to hurt himself.

That is just a sneaky trick that he is using to bring you back. 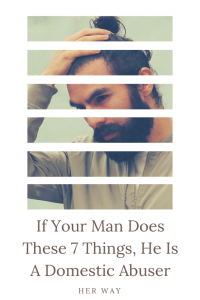