While overthinking can sometimes be beneficial in some aspects of your life, when it comes to love, it can be quite damaging and it can ruin your relationship more than you can imagine.

I am not saying you should just let loose and not think about anything but constant worrying will bring you nothing but a headache.

I should know because I’ve been there.

I can say I am an overthinker. I rarely do anything spontaneously and I always think things through before I act on them.

Although that is sometimes a great thing, because it means I always have a backup plan, it was more than disastrous for my previous relationship.

I had a caring guy who loved me very much. And I really loved him. But I simply couldn’t get myself to relax.

I couldn’t get my brain to switch off even for a second. For me, worrying and overthinking has become a habit. 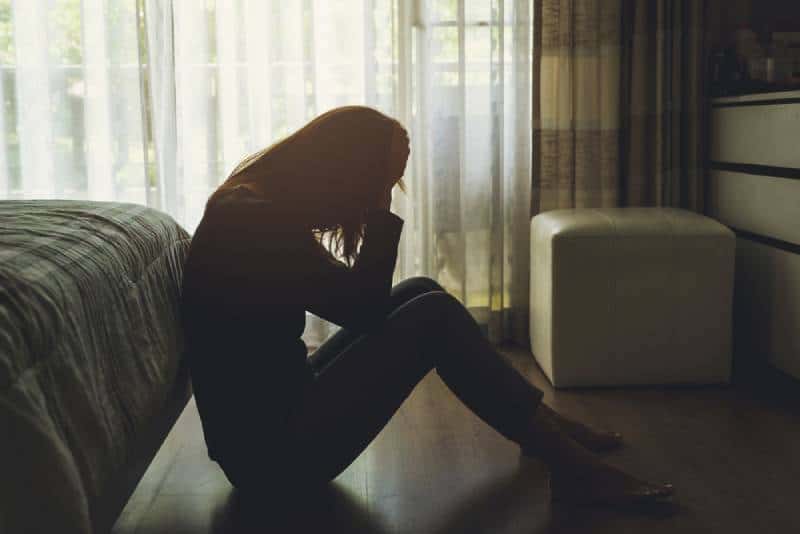 Actually, it has become more of an obsession and it hasn’t brought me anything good. Instead, it just brought me pain and an unimaginable amount of guilt.

Overthinking ruined my relationship, because I always doubted the man I was with. I doubted his intentions for me and the love he was feeling.

I assumed there was a hidden meaning behind everything he did. I balanced every word he said, trying to find something else in his words. I overanalyzed his every word and move and it only led me to confusion.

When he was too nice to me, I automatically assumed that he was hiding something or that he was feeling too guilty for something he had done, so he was being lovely to clear his conscience.

On the other hand, if he was feeling down, I assumed it had something to do with me.

I couldn’t accept that he might be going through some other issues that didn’t have anything to do with me. If he looked at me strangely, I assumed that he was falling out of love with me and thought of it as the end of the world.

Another thing I was constantly doing was jumping to conclusions.

I saw that he was starting to get annoyed by me constantly questioning him about what was wrong, so I stopped doing that. But instead, I was jumping to conclusions on my own. 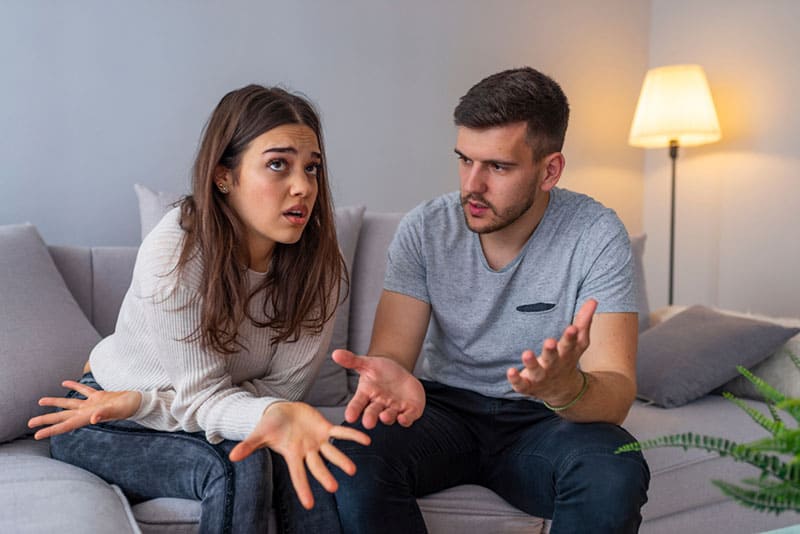 I would simply make a judgment about something without even talking about it with him. That made me passive-aggressive.

I kept punishing him for the things I was never sure he did.

So, instead of telling him what was bothering me, I would just give him the silent treatment. I formed a habit of arguing with myself, without even consulting him.

There was nothing that and nobody who could prove to me that I was wrong.

When I came to a conclusion and made a judgment, he could bring me proof that I wasn’t right but I assumed that he was trying to emotionally manipulate me into thinking I was wrong, so I refused to believe him.

I never believed this guy loved me for real. And I lived in the constant fear that he would leave me.

At first, he tried to reassure me, he tried to help me with my doubts. He was constantly proving his love but for me, nothing was enough.

And after a while, he got tired. He stopped arguing with me and he just let me be.

He left me alone with my thoughts, worries and doubts. And after some time, he eventually gave up on me completely and he walked away from me. And I don’t blame him. I was impossible to put up with. 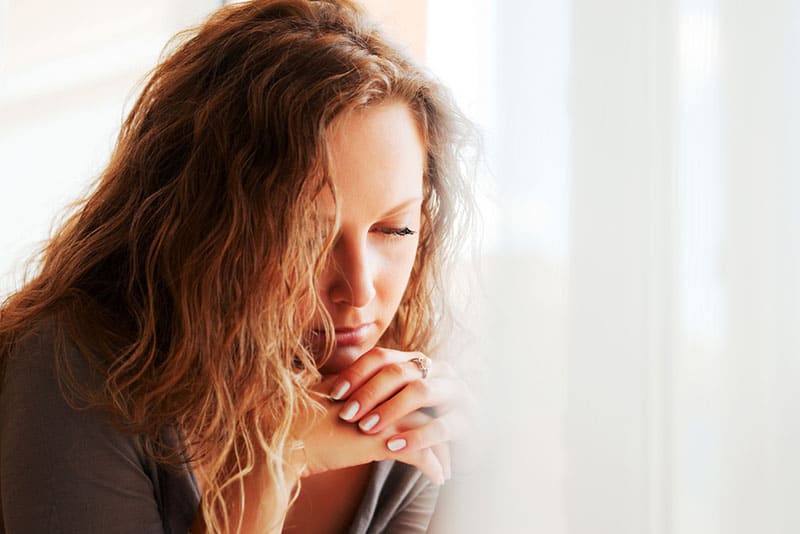 It took me months before I realized what I had done. I realized I had a man who loved me for who I was, a man who always respected me and a man who was ready to help me fight my inner demons, if only I had let him.

And I just allowed for him to slide right out of my hands. I chased him away and I had no one else to blame but myself.

Overthinking has made me a different person. I became obsessed with every little nonsense and it never allowed me to show my best.

It took me even longer to understand that my overthinking was actually caused by my insecurities and the traumas I was dragging up from the past.

I realize I have numerous issues that I have to deal with on my own first before I enter a new relationship.

I understand that I was the only one keeping myself from being happy and there is no guy who can help me with that, until I help myself. 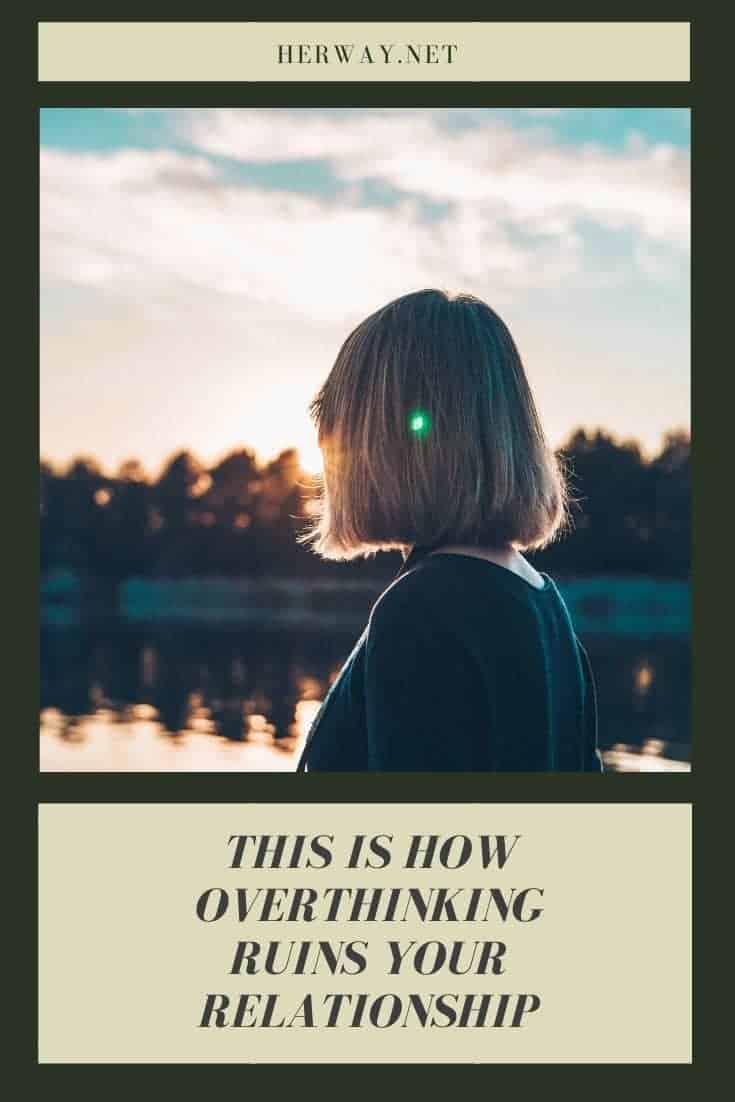 How To Stop Overthinking In A Relationship (9 Steps To Make)

[…] the bestrelationship advice I can give you when it comes tohow to stop overthinking in a relationship is that you need to work on yourself; not your relationship. It’s obvious that the real […]