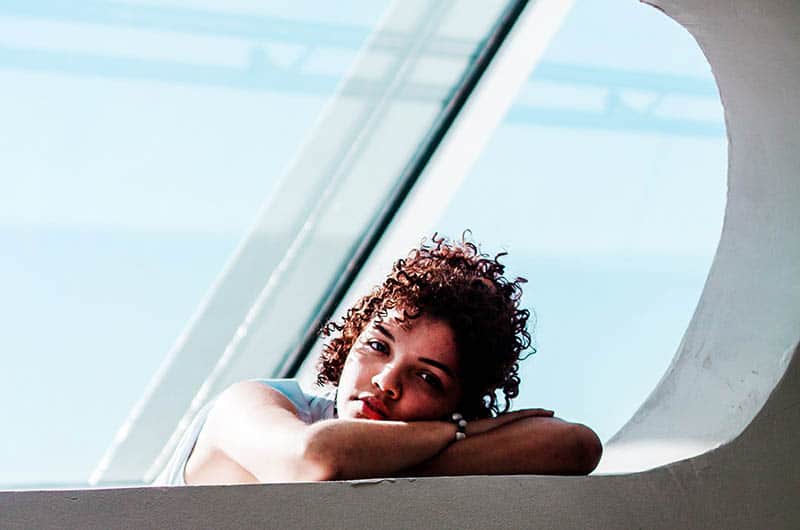 We all know how it goes. You start dating him, and everything seems idyllic—until you find out that it is not. In the beginning, he’ll do anything to show you how much he cares about you.

He calls you ten times a day, tells you how much he misses you and he makes plans weeks in advance. Then all of a sudden—he’s gone!

He stops calling you and answering your calls like he used to. He starts making excuses, stops showing you affection, and you know the rest. You realize that he’s afraid of commitment and whatever you do or say will only make it worse.

If you end up with a commitment-phobe once, it’s not a big deal. But, if you constantly keep attracting them, then you should start questioning why it is so.

Here are 5 reasons why you keep attracting commitment-phobes that even you yourself weren’t aware of.

1. You don’t have boundaries

Perhaps you keep attracting commitment-phobes because you didn’t set boundaries. You keep accepting their bad behavior regardless of the situation.

For example, he regularly lets you wait for him to show up on a date, and you’re not telling him that it bothers you. You keep waiting, and he keeps coming when he wants.

If you don’t set boundaries, he’ll take you for granted just because he can. He’ll see that you’re eager to accept anything he gives you, and that way, you’ll lose respect.

Once he sees you won’t tolerate his bullshit, he’ll know that he can’t act the way he wants because he’ll be afraid of losing you. When you have firm boundaries, he’ll appreciate them and will make an effort to show you how much he cares.

2. You think you can change them

One of the main reasons why women keep attracting men who are afraid of commitment is because women think they can change them. Believe me, you can’t.

A commitment-phobe will change only if he decides to. He will not do it because you want him to or because someone else wants it.

The only thing that you’ll surely accomplish is to waste your time on him even though he doesn’t deserve it. The best solution is to run for your life and not even try to save them.

3. You’re the one doing most of the work

If you’re the one doing most of the work, he’ll get bored because he’ll think he doesn’t have to fight to win your attention. He’ll just wait for you to do all the work, and when you think you’ve got him, he’ll run away.

Whatever you do, demand the same to be done for you. You shouldn’t be the one doing most of the work because relationships are all about reciprocity, mutual respect and appreciation.

If you show him that you don’t have a problem with doing everything he asks, he will not take you seriously.

4. You think you don’t deserve love

If you think you don’t deserve love, you’ll subconsciously act like it. When you feel unworthy of love, you accept every kind of it without hesitation.

Perhaps you’ve been hurt before, and they made you feel like you don’t deserve love and commitment. You know it’s not true.

If someone deserves to experience real love, commitment and appreciation, it is YOU. Never stand for anything less, and never let them tell you otherwise.

5. Maybe you’re the one who’s afraid of commitment (without even knowing it)

Perhaps you’re the one who’s afraid of commitment and that is the main reason why you keep attracting the same. Ask yourself whether you’re ready for something serious or you’re just into casual dating.

If you’re just into casual dating, there’s no need to blame them for being commitment-phobes. When you’re one hundred percent sure what you want, you’ll find a way to get it, and the amount of men who are afraid of commitment will decrease.