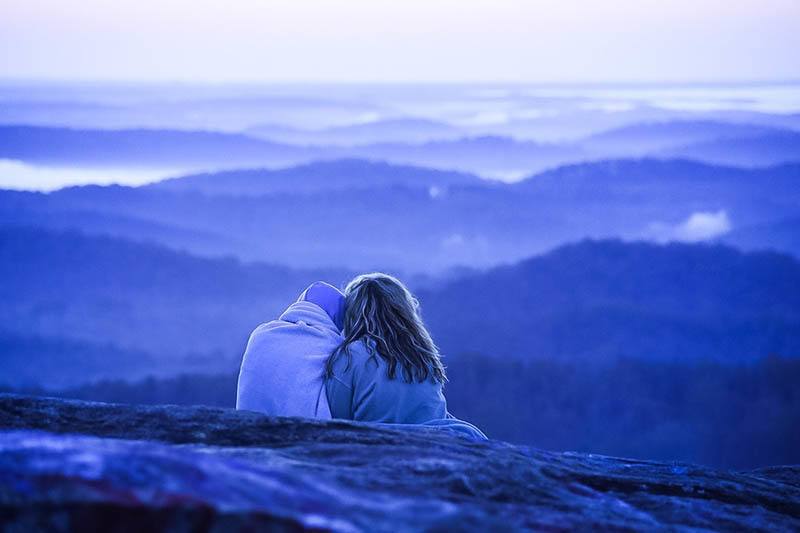 Being in a relationship is exciting (especially at the beginning) and spending time together with your partner feels like true bliss.

All of a sudden, you feel like time has stopped, you finally start to understand all of those romantic movies and quotes and everything falls into place.

But as time passes, you also realize that being in a relationship is much more than just having fun together.

You have certain responsibilities toward each other and one of them is managing your own expectations in the relationship.

Having reasonable expectations is a certain aspect of every successful relationship and most of the time, women are those who are being accused of expecting too much from their men.

But the truth is that men are guilty of the same mistake and even more frequently than any woman out there!

They forget that a woman has preferences and a mind of her own and she is not a magical goldfish who is there to fulfill their every wish (it also rhymes) which often results in quarrels or even breaking up.

To prevent these inconveniences from happening in the future, here are 8 unreasonable expectations that you men have for your women in relationships!

1. She has to be perfectly shaved (all the time)

I mean, you guys have fewer body parts to shave than us women and you still aren’t doing it every day, right?

So, instead of nagging about her ‘hairy legs’, just appreciate her willingness to shave ever because (if you didn’t know) there’s a new generation of women out there who are proudly embracing their body hair and who really don’t give a damn about what you think.

2. She has to listen to the same music as you

So what if she’s listening to Rihanna, Ariana Grande, country folk or a mix of two or three music genres?

When she decided to be in a relationship with you, she didn’t sign a piece of paper where she specifically claimed that she would never listen to certain types of music (that you’re not a fan of).

Respect her choices when it comes to music, just like she is respecting yours.

Don’t expect her to pretend that she’s enjoying listening to your favorite artist if you’re not doing the same for her.

3. She has to stop acknowledging/noticing other men as attractive

I know that you want your woman to notice only you and to be the most attractive man in her eyes but are you ready to do the same for her?

When a hot woman passes by, do you turn a blind eye because you’re solely devoted to your woman, both mentally and physically?

We all know that you don’t, so don’t you dare expect her to stop paying attention to all those hot guys out there.

Just noticing them doesn’t mean that she’s cheating on you and vice versa.

So, be a man and expect the fact that there will always be someone who is hotter and younger than you but still she has chosen to be with you and there’s no need to be suspicious of her intentions.

What does it even mean to act like a lady in today’s world full of mixed opinions and trends?

Unless she’s walking down the street with her hand down her pants (like you when you’re watching football at home), then I don’t see the point of nagging about her ladylike appearance.

Also, you have to understand the fact that women no longer behave like  damsels in distress because they are perfectly capable of dealing with problems on their own.

They are capable daughters, mothers, sisters, girlfriends and wives.

They tolerate your bullshit, their PMS, their children’s wishes, the stress of their job, they cook, they love with all of their heart.

So, asking her to act more like a lady on top of all of that is kind of rude actually.

5. She has to see eye to eye on everything

Compromise is the basis of every happy relationship.

Compromising means understanding and appreciating your woman’s opinions (and vice versa) and not forcing her to see eye to eye with you on everything.

Your woman has a mind of her own and she’s not wired to just nod to and agree on everything you say to her.

She will contradict you, tell you when she doesn’t agree on something and even fight with you if she thinks she’s right.

And she expects the same from you as well.

6. She has to stop hanging out with her guy friends

Seriously, there is no need for you to display acts of jealousy when it comes to her guy friends.

There is no need to forbid her from spending time with them just because you don’t trust them.

The only person you need to trust is her because she chose to be with you (and not them)!

And by choosing to be with you, she didn’t mean to discard her own personal life for you.

She is still the same person and she still has the need to nourish her friendships, just like you.

7. She has to adjust her make-up and wardrobe to your preferences

Many men think that women are putting on make-up only because of them or wearing certain outfits only for them.

While this is partially true, it is certainly not exclusive.

You see, women like to take care of themselves because it feels good and it helps them boost their confidence as well.

They are not doing all of this just because of you, so you should never expect her to adjust her make-up and wardrobe to your preferences because it is not fair.

8. She has to spend all of her free time with you

Just because she’s in a relationship with you this doesn’t mean that she shouldn’t spend any of her free time with her friends or other people as well.

Giving each other space in a relationship is the best thing you can do for yourself, so don’t turn into a crybaby when she decides to spend her time with someone else instead of just you.