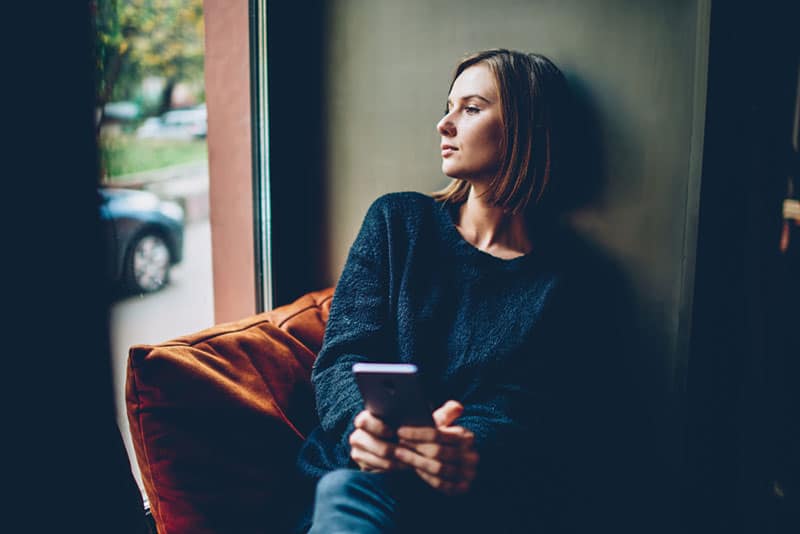 Have you ever been hooked up on a man who can’t make up his mind about you and keeps making excuses to avoid putting an official label on your relationship?

If you have, this one’s for you. It is for all the girls who need their eyes opened and to be faced with the harsh reality of their almost relationships.

1. You shouldn’t be anyone’s option 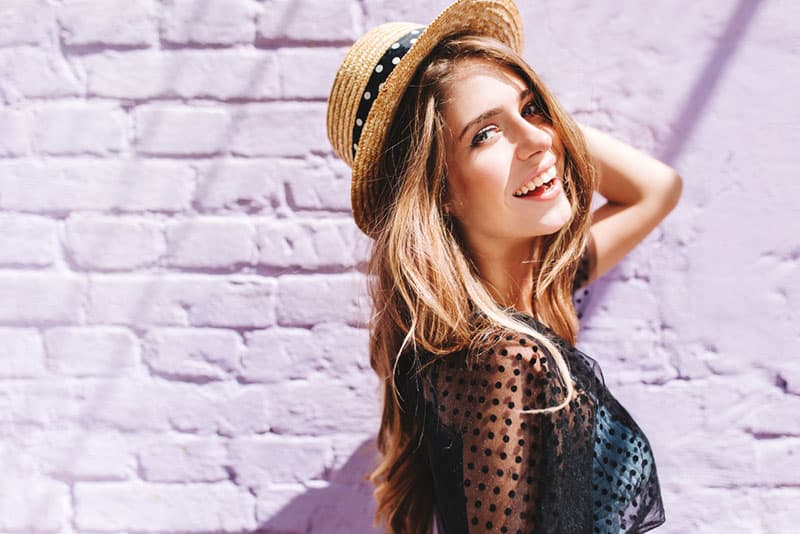 What Is An Exclusive Relationship And 15 Signs You're In One 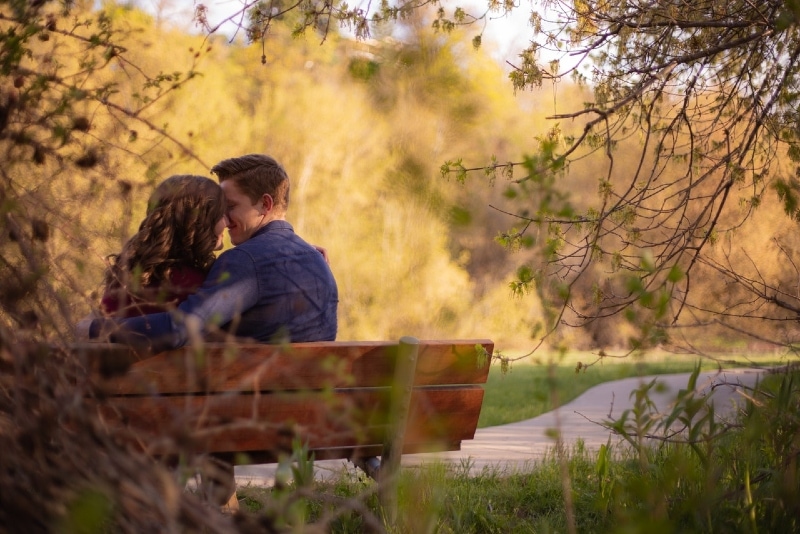 First and foremost, what you need to know is that you should either be with a man who treats you like his first and only choice or you shouldn’t have a boyfriend at all.

The worst possible scenario is being one of this man’s options.

You shouldn’t compete with anyone. To be in a situation where he likes you more than other girls he’s seeing is not something you should be content with, because these girls shouldn’t even exist.

You shouldn’t compete to win the first place in his life because there shouldn’t be any other places to begin with.

Even though you fail to see it now, you’re worth so much more than being merely one of the women this guy is involved with. He is not some kind of a trophy you should run for. 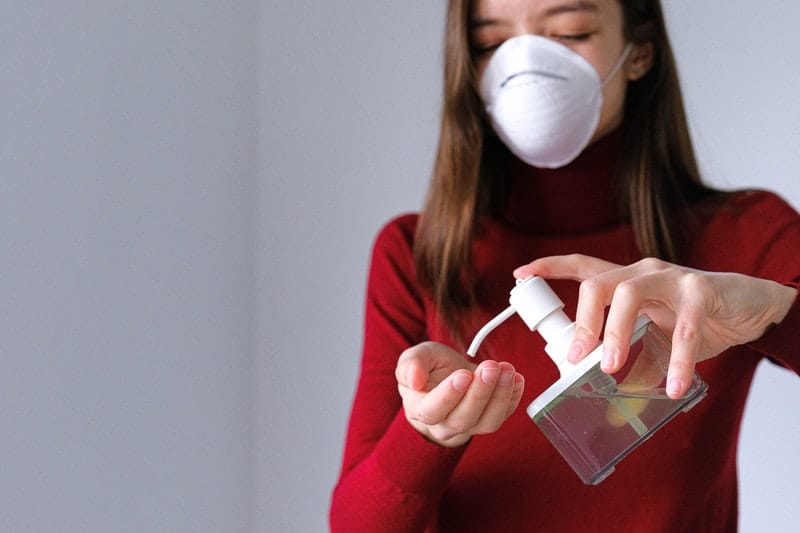 Instead, what you need is a man who has his eyes for you only. A man who wouldn’t be with anyone else even if he loses you and doesn’t even notice other women, let alone have anything to do with them.

Everything else is bullshit and settling for less. I know that looking at things from your point of view, all of this seems unrealistic, but trust me, you shouldn’t accept anything other than this kind of treatment.

2. He’s not the only man in the world 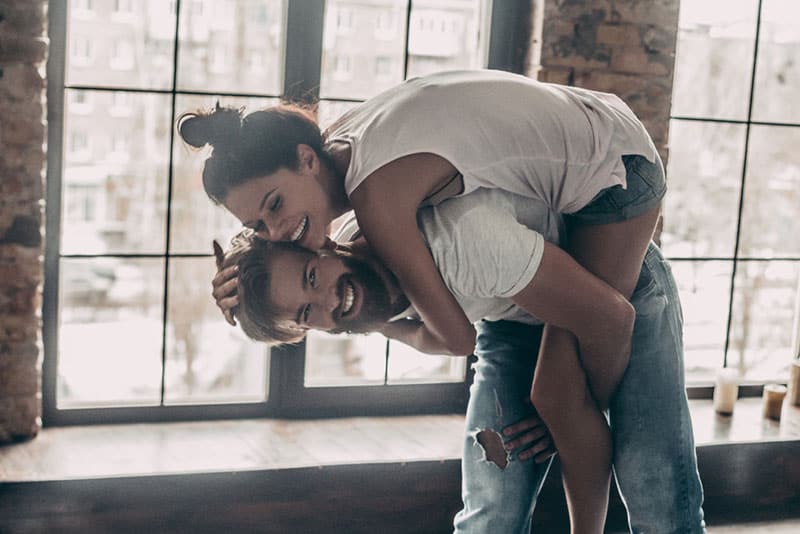 When you’ve been in love with one guy for a long period of time, he becomes the centre of your world.

For you, no other man exists and you couldn’t picture yourself next to anyone else.

Well, this is where you’re wrong. Even though you don’t see it now, there are many other better men in the world who are luckily nowhere near this douchebag.

There is a man out there who will treat you like a princess, which is the only way you deserve to be handled.

A man who will have no doubts about you, never make you question your worth, and give you his entire heart, without holding any parts of it back.

However, you can’t meet this man as long as you’re fully focused on this asshole, can you?

You can’t give a nice guy like this a chance to approach you while you keep on giving all of your energy away to someone who doesn’t give a damn about you. 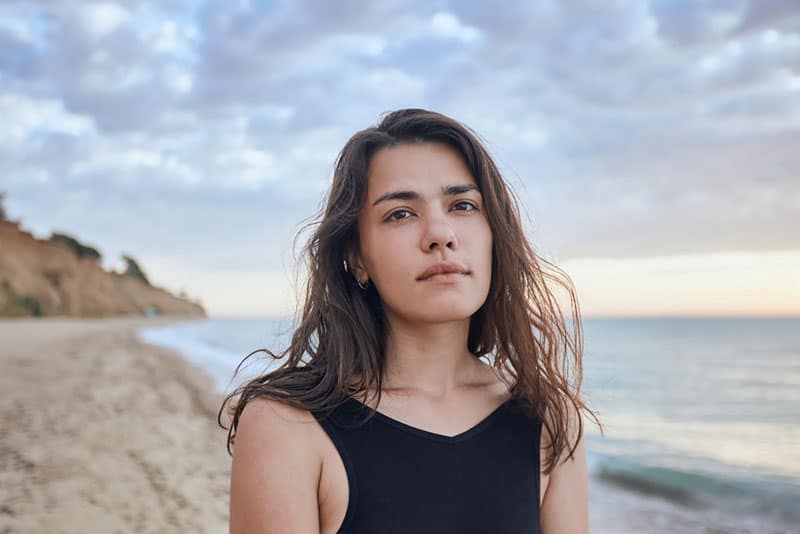 The worst part is that this guy we’re talking about knows all of this.

He knows that you’re completely faithful to him, even though he hasn’t given you the title of his girlfriend, and he is very well aware that you’re not going anywhere, despite his awful behavior.

Well, let me open your eyes and tell you that nothing will change as long as he is certain that you’ll be there patiently waiting for him to make up his mind about you.

And while I’m not saying that you should drag someone third in your rollercoaster just to make him jealous and to prove a point, please at least try putting yourself out in the dating pool.

No, don’t go looking for a rebound; don’t force yourself for something you’re not ready for.

Just expand your horizons and at least give other men a chance to get to know you and show you what they have to offer, instead of wasting any more time expecting something that will never come.

3. You’re allowing him to treat you this way 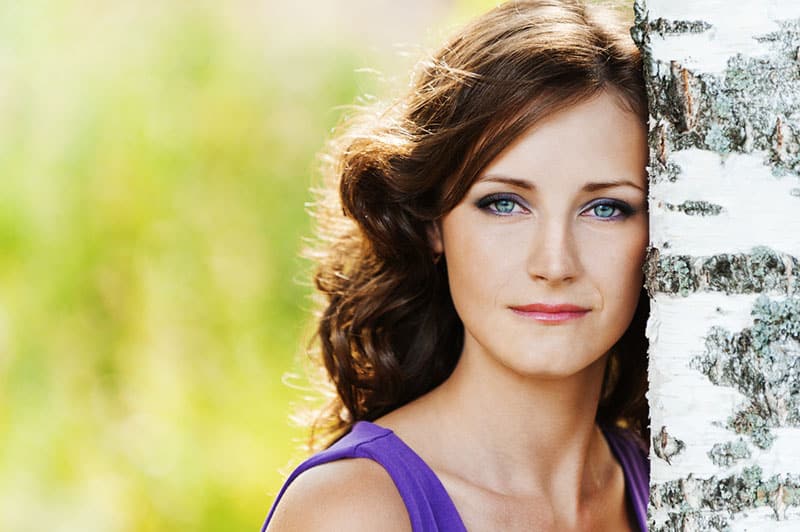 Don’t get me wrong: I’m not claiming that you’re to blame for everything that is going on in your almost relationship.

In fact, you’re the victim here and your almost boyfriend is an asshole who is consciously leading you on and playing mind games with you.

However, you have to admit that you’re the one who is letting him get away with everything he’s doing.

You’re the one who is allowing him to treat you this way and the one who never made him suffer the consequences of his actions.

You see, every time you take this guy back, fall for his lies and empty promises, and give him a little more time, you’re actually telling him that you’re perfectly fine with being in this position.

Every time you decide to wait for him to make up his mind and hand him another chance, you’re giving him a green light to keep up with the good work and to continue with his toxic behavior patterns.

Because if you were so hurt by his actions, you would have walked away on him ages ago, wouldn’t you? 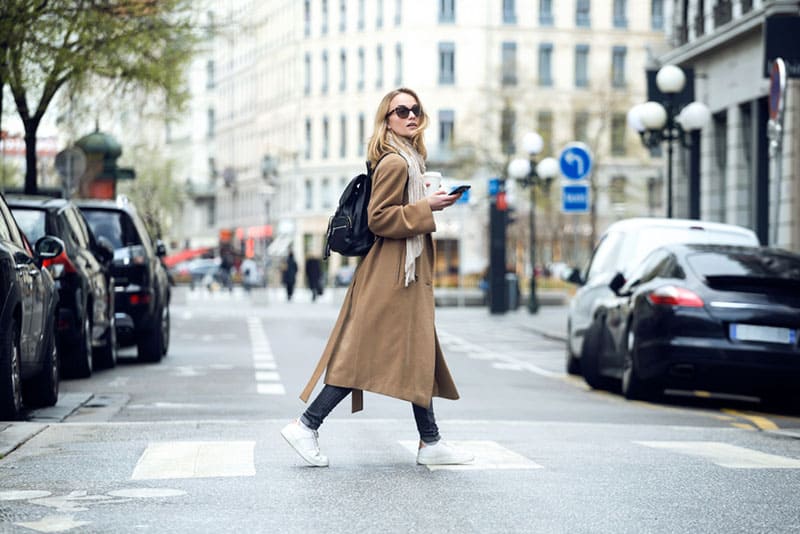 If you’re so bothered by the things he’s doing and if this relationship has been making you so miserable, you wouldn’t have remained in it for a minute longer, right?

On the other hand, you and I both know that you’re heartbroken and unhappy.

You’re aware of all the pain that this entire situationship has been causing you and of the hell it turned your life into.

So, why don’t you change something about it, instead of just complaining in vain?

Why don’t you actually do something to make a difference in your life, instead of blabbing empty words?

Trust me, he won’t take you seriously as long as you threaten to leave him but keep on staying right where you are.

4. He doesn’t care for you enough 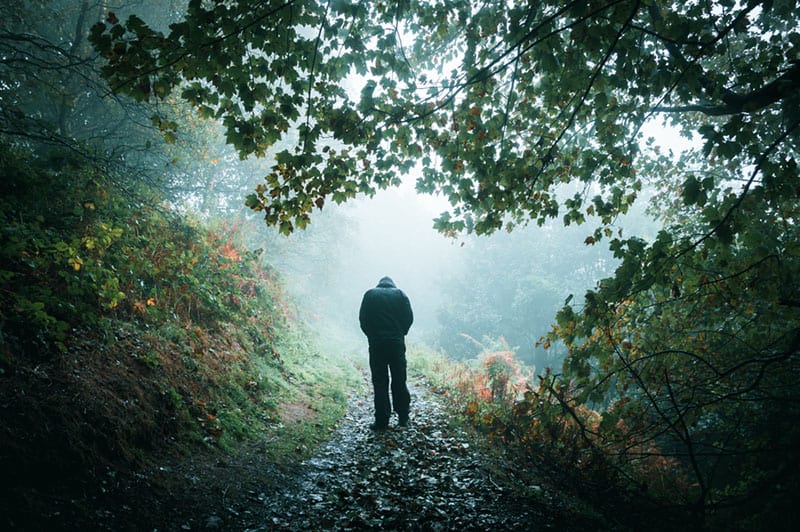 Let’s be straight here: this guy is not emotionally unavailable, this is not the wrong timing, he doesn’t carry past traumas that prevent him from having a healthy relationship.

And this is not his weird and unique way of showing love. In fact, these are all excuses you and women in similar situations to yours use to justify the douchebags they’re involved in.

The only truth is that this man is an asshole who won’t change in a million years.

As much as this hurts to admit, the fact is that he doesn’t love you, never did, and never will.

At least, he doesn’t love you enough to make you his girlfriend.

He might like you or care for you to a certain extent, but he doesn’t care about you the way men care about women they want to be in a relationship with.

You see, when a guy loves you, he never second guesses you. He doesn’t treat you like one of his options, put you on hold, and lead you on for ages. 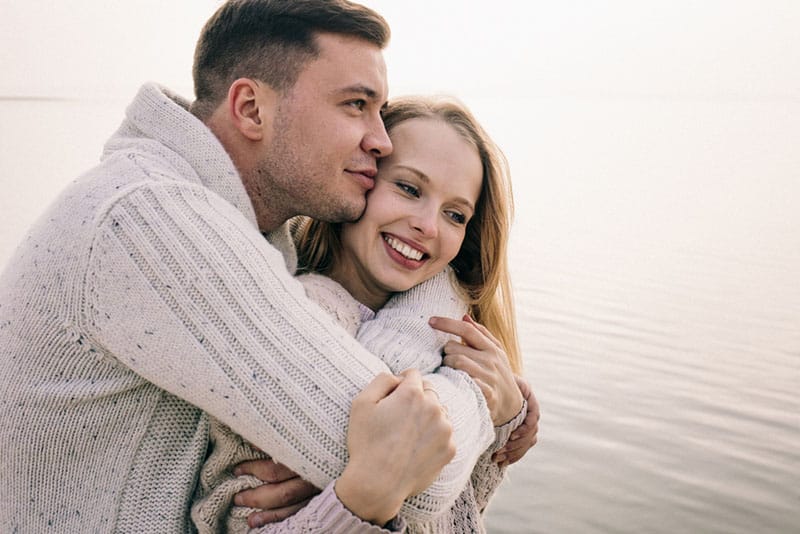 When a man loves you for real, he makes sure you know it and he uses every possible opportunity to show it to you.

He doesn’t need time to make a decision and he labels your relationship right from the start.

Everything else is an empty excuse.

So please, stop lying to yourself and face the painful reality, as much as it hurts. I know it’s difficult, but trust me, it’s way better to do it now before it becomes too late.

After all, it might be easier for you to get over him once you start seeing things the way they truly are.

This realization might help you lose all your hopes and serve you as a starting point in your process of moving on.

5. Other girls are not to blame 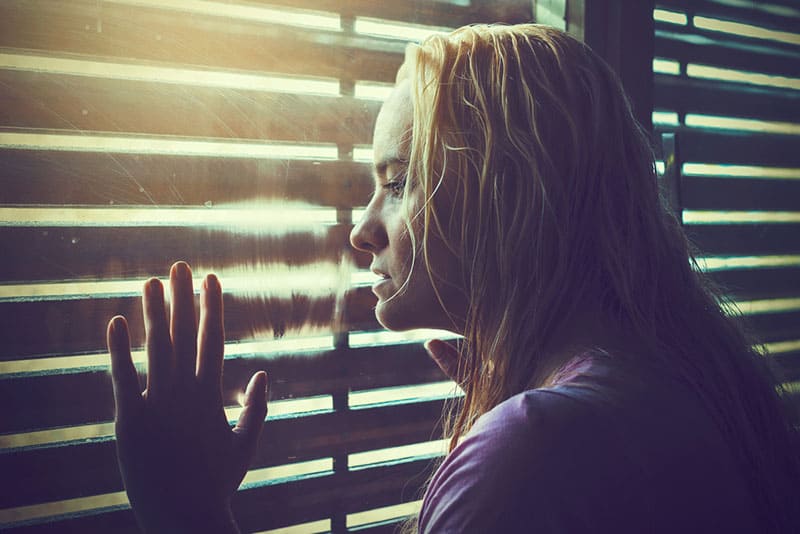 When the guy they’re in love keeps on texting or seeing other girls, many women have the habit of blaming those girls for their misfortune. This is actually not so surprising.

It is much easier to accuse all those other women for hitting on their man who was innocent enough to fall into their trap than to admit that their partner doesn’t respect them enough to be loyal and faithful.

If this is something you can relate to, it’s about time to stop.

Other women are not guilty for what your boyfriend is doing because they didn’t force him into sleeping with them and he is not a little boy who can be manipulated into doing something he doesn’t want to.

Besides, even if these girls knew you existed, they owe you nothing.

However, he does and it is his job to appreciate your emotions and everything you’ve given him – not theirs.

This is especially the case if you find yourself in a situation where this guy finds an actual girlfriend after dragging you along for months, trying to convince you that he doesn’t want anything serious.

If this happens, don’t call this woman names and don’t seek revenge on her: it is more than obvious that he wasn’t ready for a relationship with you, let alone any relationship at all.

Bummer, I know. However, it is the only truth and you’ll just have to find a way to deal with it the best way you can.

6. It’s better to be single than in a half-relationship 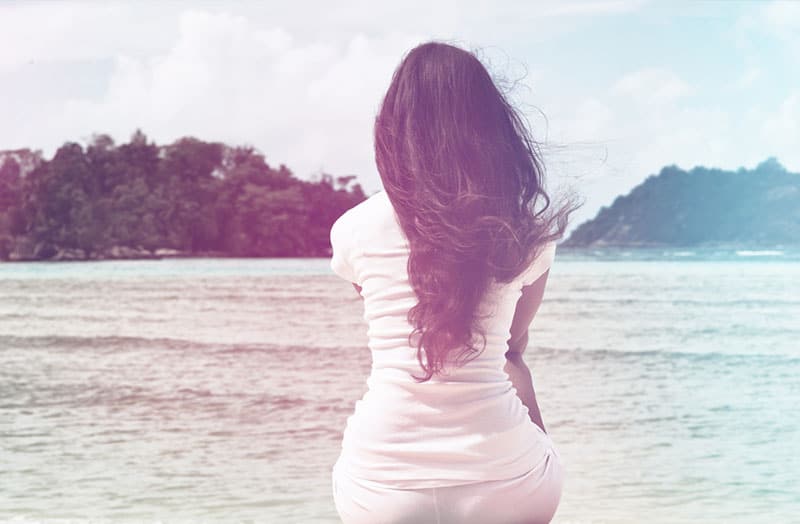 If you’re one of those girls who is scared of ending up all by herself, let me tell you that it is always better to be single than in a relationship that is everything but that.

Don’t accept crumbs of anyone’s love and attention because you think you wouldn’t make it on your own.

No, rare moments of this guy’s affection, cuddling, steamy sex, and good morning texts he sends you every now and then, together with the misleading sense of familiarity he gives you, are not worthy of all the problems this man brings along.

You shouldn’t be wasting any more time being all faithful to a dude who is out there living the life of a bachelor.

You shouldn’t be next to someone who is making you unhappy.

Instead, take life into your own hands and make the best out of it, because being single always beats being in a half-assed relationship. 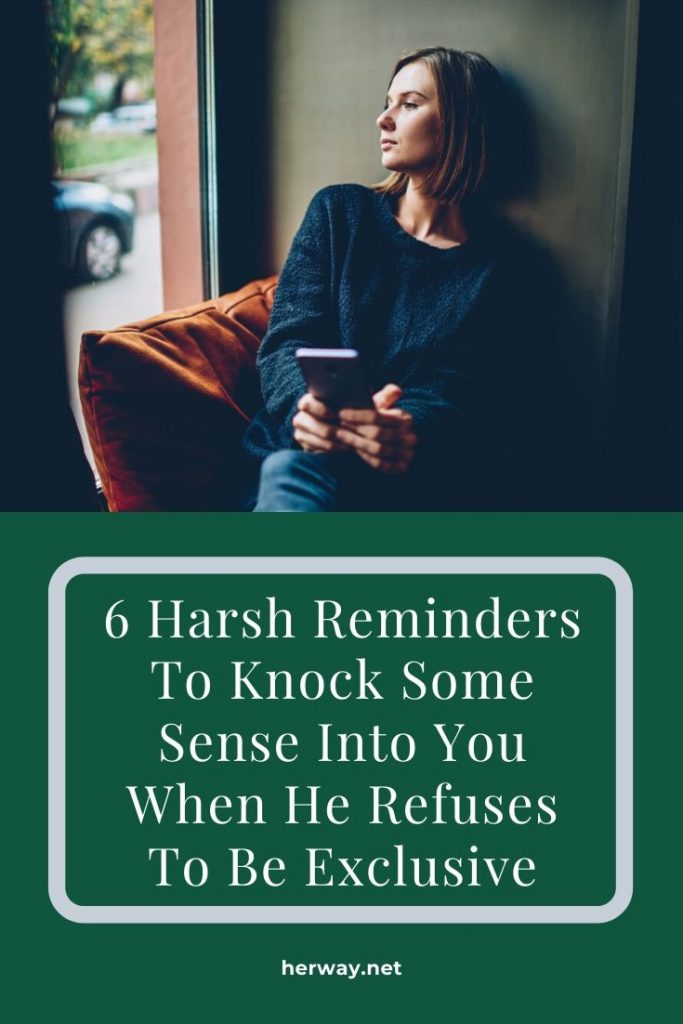 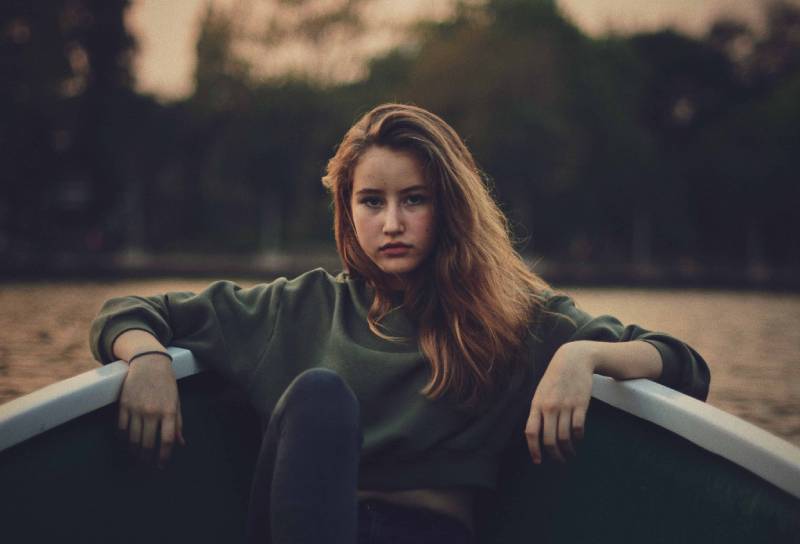