Thank you for letting her go. At the time, it was probably one of the hardest things for her because you two had grown so close and she was definitely in love with you.

She appreciated you and your flaws, and you loved that about her. And that scared you because at that time of your life, you weren’t ready for a woman like that.

A woman who was so down-to-earth. Someone who knew exactly what was important in life, while you still wanted to make mistakes.

And in the end, you were still going to hurt people, and one of those people was her.
But she thanks you for knowing that deep down you weren’t the right one for her. Sometimes life has different plans and boy is she glad it did this time.

She thought you were crazy for pushing her away, especially telling her that things weren’t going to work out. But now she sees what you were doing. And she is so thankful for it.

You may have broken her heart, but in the end, she found a man who was strong enough and smart enough to know he should never let her go.

Because when you are ready and when you find a good girl like her, you hold on. You don’t push away like you did.
You helped her find the man who truly was her missing piece, who will cherish her for forever because he appreciates what he has.

And even though you knew she was a great woman, you didn’t want to take the leap, but she’s so thankful you didn’t.

Because she ended up finding a man who would never question that feeling she gives him. 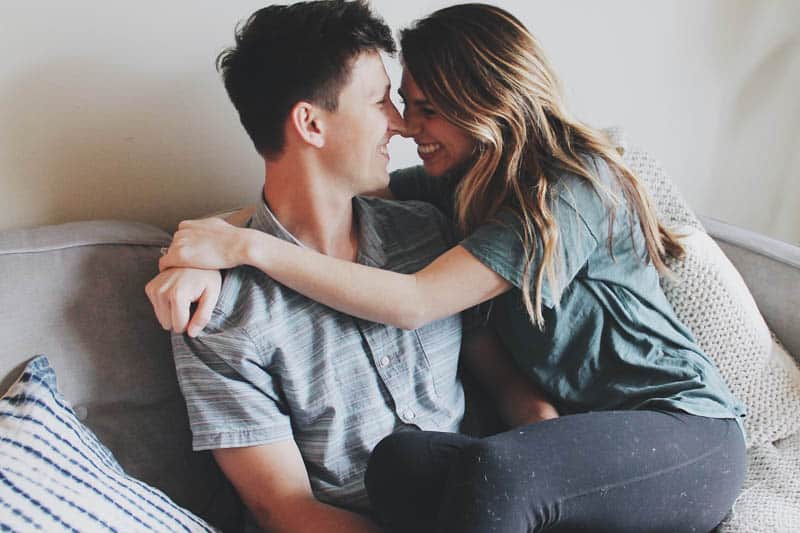 Firstly because you ended up treating her like crap and who wants to be with someone like that? And secondly because you felt like she would leave you for someone better anyway.

Which, in the end, she did. She hopes one day you find what you are looking for and that she makes you happy.

But she also hopes you realize what you missed out on. Because her man sure understands how lucky he is to have found her and she’s sure as hell lucky to have found him as well.

Someone who will always be there, who is faithful, loving, who knows how lucky he is to be with her and who would never question being with her.

She’s blessed that she found that amazing man, and so happy she left behind the ones who weren’t him. In the end, you breaking her heart really taught her something.

It taught her that she needed to always love who she is and to never change for anyone.

Because the man who is supposed to love you for the rest of your life will love you for you. He will do everything in his power to never hurt you and never let you go.

Real love will just love and she’s so happy she found that.