Ending a relationship is hard, no matter whose decision it was. Getting over a breakup is even harder.

In the period after a breakup, we all feel so strange. There are a lot of mixed feelings and that’s why we can’t think clearly and deal with our emotions in a healthy way.

Unfortunately, some people choose the worst possible way to cope up with a breakup.

They jump into a new relationship too soon, hoping that it will help them forget about their ex. This is especially true with men.

They have their men’s pride and that’s why they won’t allow anyone to see them suffering. They want to show their exes that they aren’t hurt and that they can move on.

What they don’t understand is that they lie to themselves that way, too.

If your man does any of these things, then it means that he isn’t being honest with you about his feelings because he’s actually only dating you to get over his ex.

Contents show
1 1. He told you that he had a rough breakup
2 2. He moved on too fast
3 3. He is being overly enthusiastic about your relationship
4 4. He keeps bringing up his ex
5 5. He constantly compares you with his ex
6 6. He behaves strangely when she is around
7 7. He plans adventures for you two all the time
8 8. He drinks to numb his feelings
9 9. He is using you as a trophy girlfriend

1. He told you that he had a rough breakup 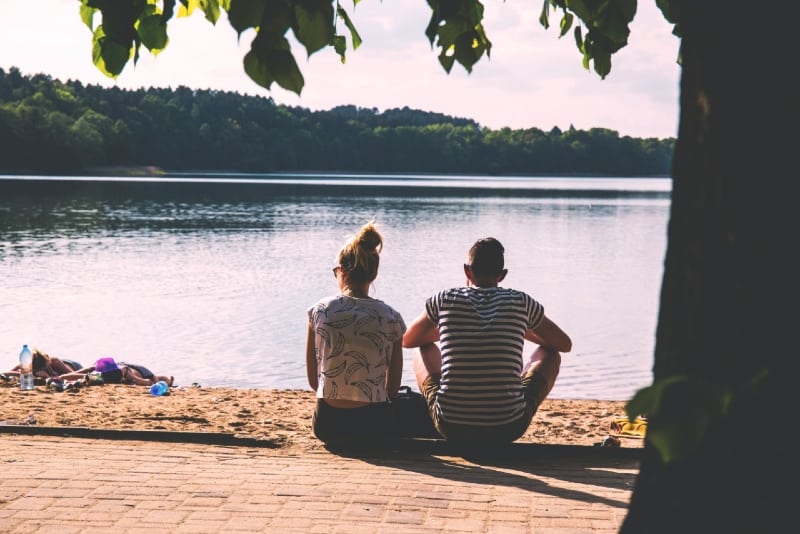 He’ll only tell you the story of his breakup once because he doesn’t want to speak about it much. His ex probably really hurt him and he doesn’t want you to think that he is still suffering because of it.

The breakup is kind of his weak spot because he just can’t make peace with the fact that he was betrayed or left behind. 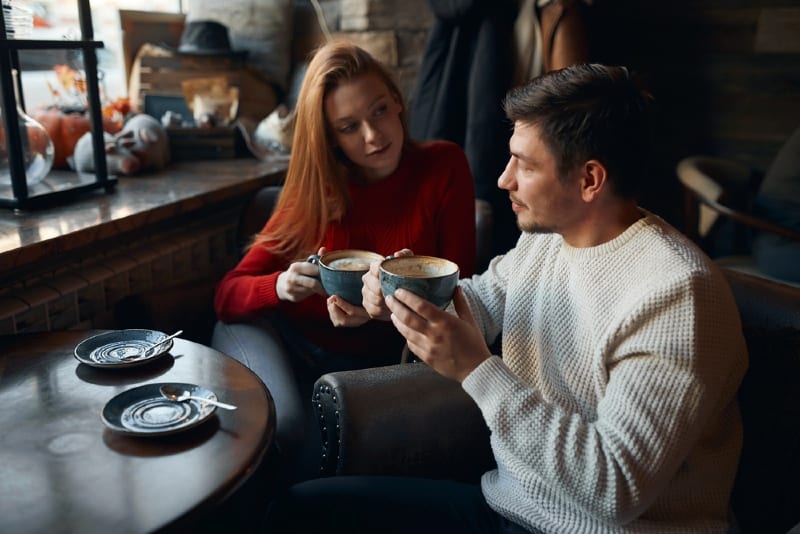 Even though he had such a rough breakup, he started dating you only a few days later. It’s not possible for him to have moved on so fast.

He should think about everything that happened and deal with his mixed feelings in order to move on properly. And the only way he can do that is by being alone.

Moving on too soon will only make him bitter or leave him with some trust issues. That’s why you’ll never be able to have a healthy relationship with him.

3. He is being overly enthusiastic about your relationship 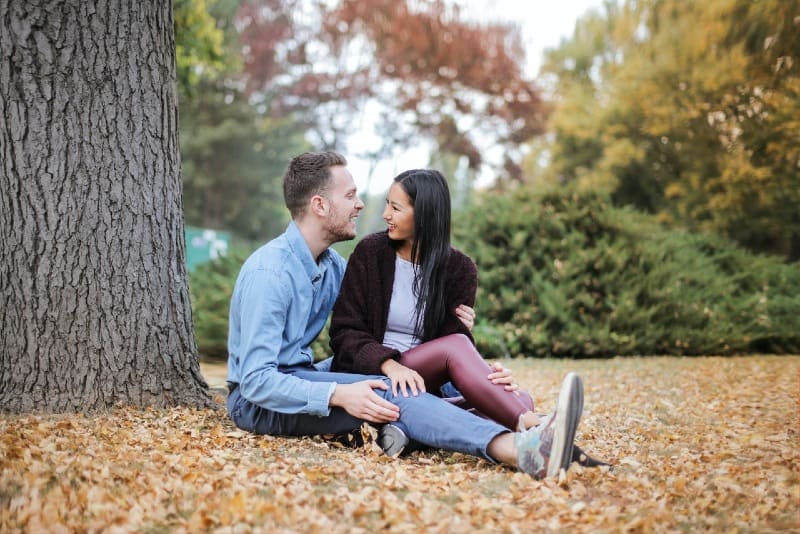 He constantly texts you. He plans something new for you every day. He surprises you at your workplace. He basically tries to be with you all the time just to convince himself that he has moved on.

4. He keeps bringing up his ex 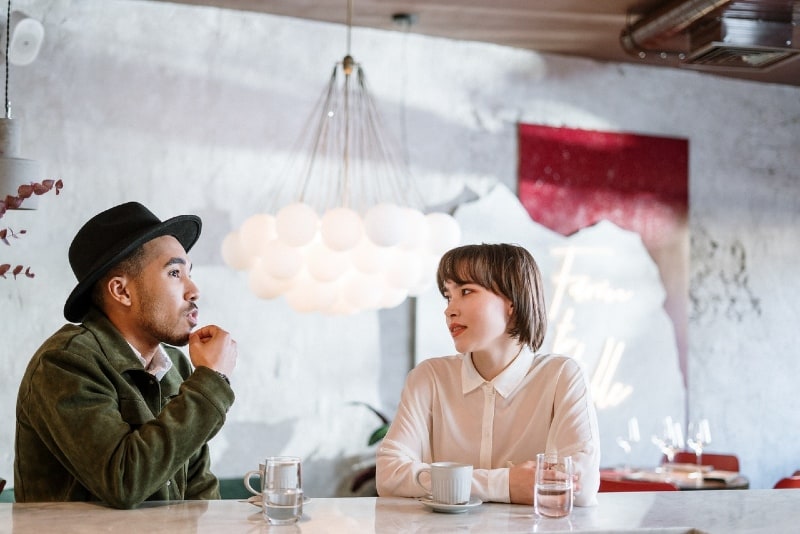 Every time you are in a restaurant where he went with his ex, or you watch a movie they watched, or you do anything they did before, he mentions it.

5. He constantly compares you with his ex 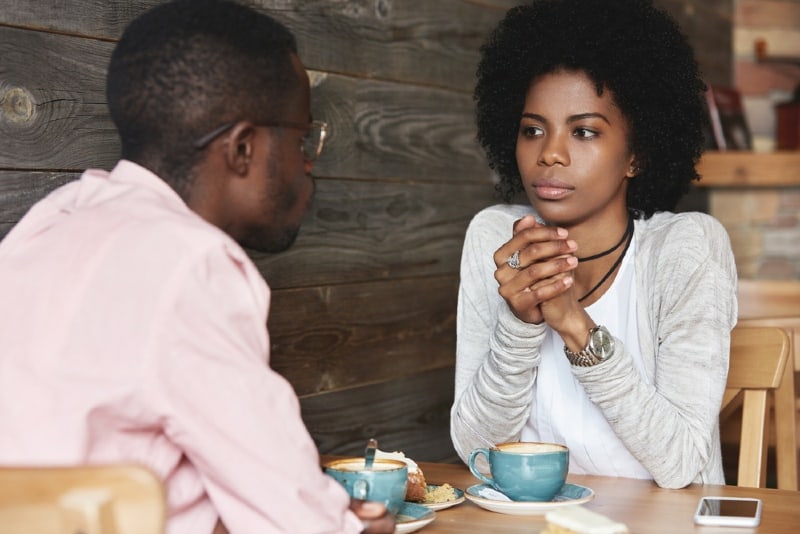 No matter what you do or wear, it always reminds him of his ex-girlfriend. That’s because he still hasn’t left her in the past.

You start to feel stressed and insecure. You may even start comparing yourself with her.

You think that no matter what you do, you’ll never be as pretty as she is or as good as she was. Well, think twice then. If she was so good, they wouldn’t have broken up, would they?.

6. He behaves strangely when she is around 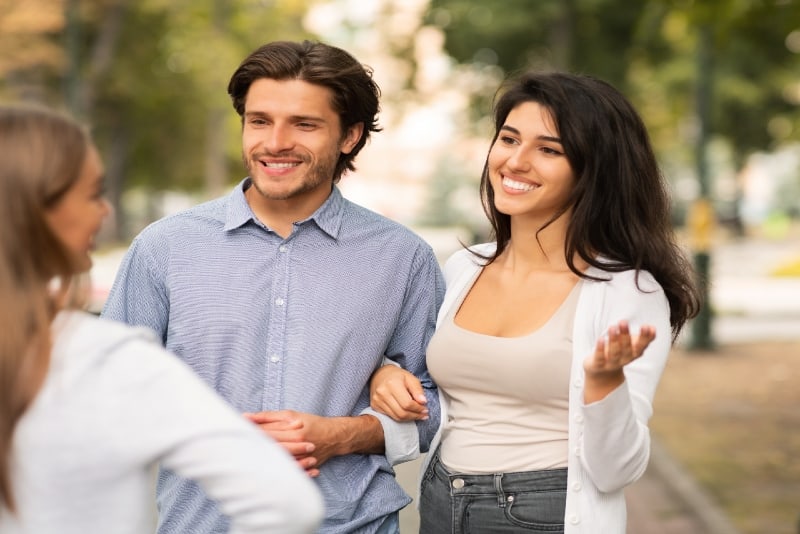 Whenever you meet his ex somewhere, he starts acting so weird you don’t recognize him. It’s because he still has some unresolved issues with her.

He’s so confused around her that he actually doesn’t know how to behave.

He doesn’t pay attention to you or your feelings because the only thing that’s important to him is showing her that he isn’t suffering because of the breakup, and that he has already moved on.

7. He plans adventures for you two all the time 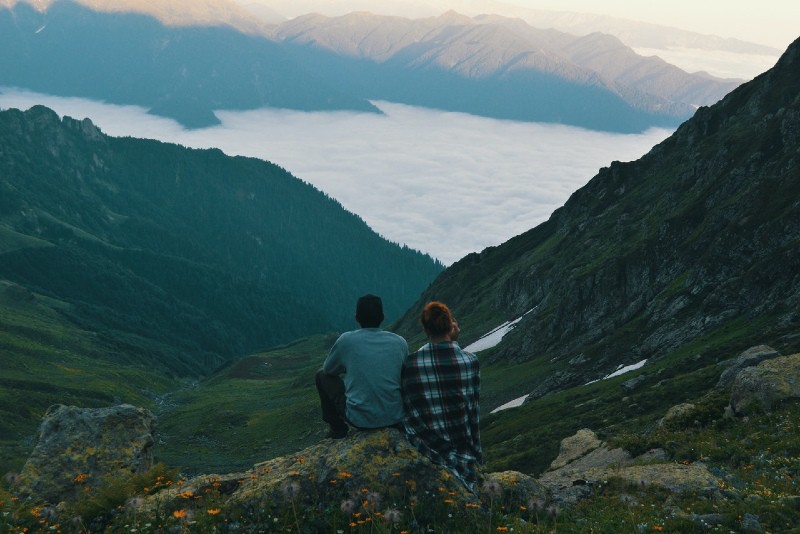 It’s like we already said. He doesn’t want to think about the breakup or his ex, so he tries to forget about it by doing some exciting and new things with you.

Every day is a new adventure with him because it’s the only way he is able to relax and pretend that everything is fine.

8. He drinks to numb his feelings 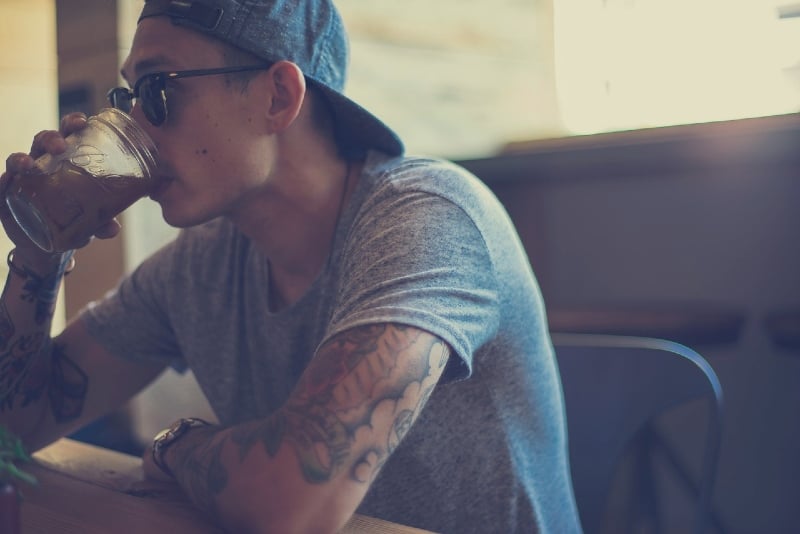 He drinks even when no one else is drinking. You start to feel a little uncomfortable because of it. Maybe you are even afraid that he is becoming addicted.

You don’t have to be afraid or worried about your own well being. He won’t do you anything. He isn’t an addict.

He only drinks a lot to numb his feelings. It helps him to relax around you and forget that he still has some feelings for his ex.

9. He is using you as a trophy girlfriend 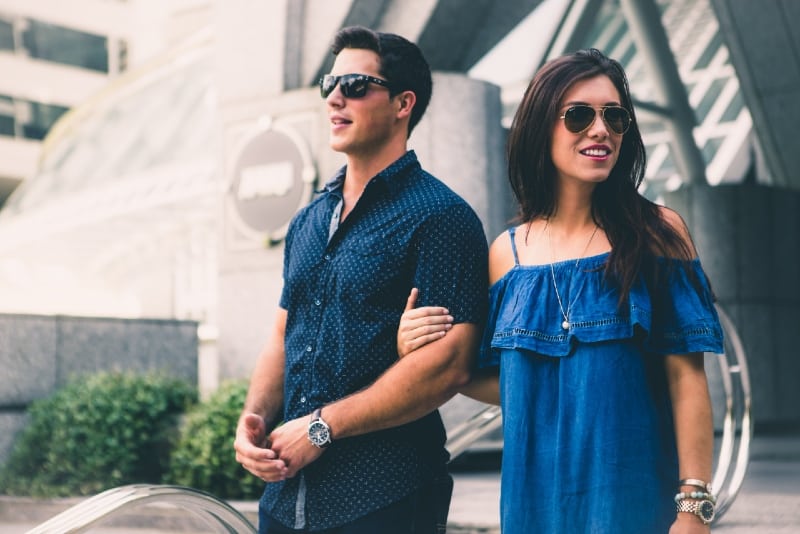 He likes to show you off, like you are some kind of trophy – especially in front of his ex or some of their mutual friends.

He wants to show them that he has won in the ‘after the breakup’ game, particularly if his ex is still single.

You are worth so much more than being his trophy girlfriend. You don’t deserve to be with someone who is using you, you deserve someone who wants to be with you only because he loves you. 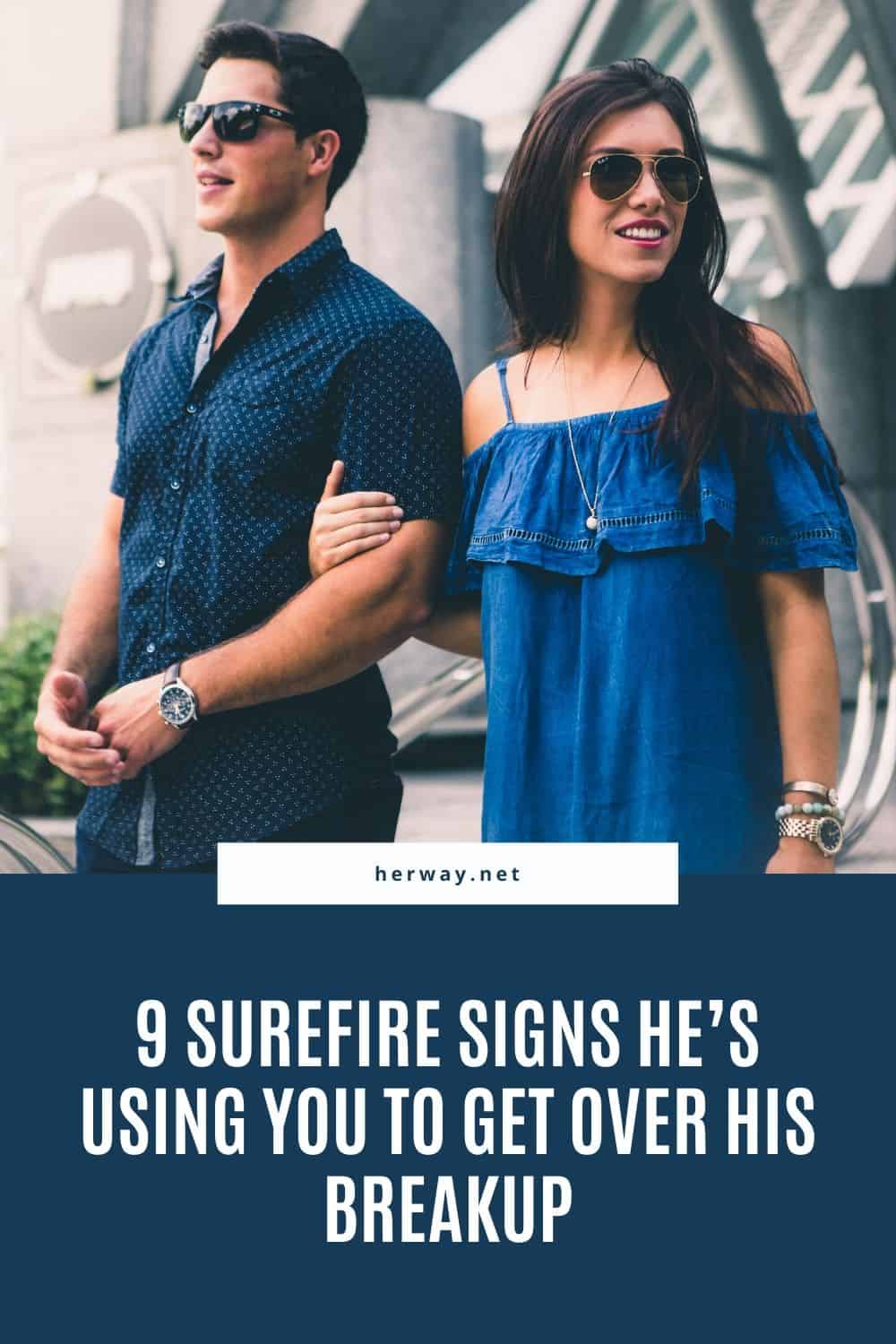