If you think that by ignoring a narcissist you’ve saved yourself from him, remember that is only the tip of the iceberg. So many more things will be going on afterward. It’s even safe to say that it’s only the beginning.

You think that you’ve gotten rid of him for good, but his rage and anger at being ignored will only spread and he will become even worse than he already was.

Narcissists don’t know how to love anyone because deep inside, they are emotionally crippled. They have probably had a trauma or any kind of fault when they were younger which led them to become insensitive beings, seriously lacking in empathy.

So when ignoring a narcissist, be prepared for the battle of your life because that is when they go all in! Their behavior will escalate because their egos can’t stand the fact that they are being rejected.

When you cut him off and go no contact, he will experience the huge pain of rejection. You see, narcissists feed themselves off your energy. They suck you dry and they need to do it in order to survive.

So, when you deny them their source of life (you), they are not going to be happy about it. It’s difficult to say what will happen afterward, but be prepared for basically anything and everything.

They will come at you with all they’ve got. They will bad-mouth you to others.

They will stalk you and find any kind of excuse to talk to you. And if you let them come near you, they won’t have any problems crawling back into your life and manipulating you all over again.

If you are in a situation where you simply can’t go no contact with a narcissist because you’re working with them, they are a member of your family, or you have children with them and you don’t have a choice but to stay in contact with them, don’t give them any reason to come near you or to talk to you about anything except standard, daily things.

They will try to engage you in conversations by pretending they are sincerely interested in how you’ve been and what’s going on in your life, but be strong and answer with as few words as possible.

Basically, be appealing as a gray rock—meaning: be as boring as hell. Show them that you are no longer interested and they won’t benefit from manipulating you.

This is called The Gray Rock Method and it usually works but only if you follow all the rules.

You can’t afford to make even a tiny mistake when dealing with a narcissist because that mistake can cost you your life and all the effort you’ve invested in your healing process will go down the drain.

But first, how to ignore a narcissist in the first place? Follow the step by step rule to even be able to come to the stage of dealing with them afterward.

It’s like dealing with a bully. If you don’t give them a reason to pick on you, they won’t. Be as uninteresting as possible.

They will try to provoke you. They will use all means possible to get a reaction out of you, but you have to stay strong. You have to resist their manipulations and you have to go deaf to their insults and harsh words.

Even if the things they are saying to you are not true, and they aren’t, you mustn’t fall into their trap and try to defend yourself.

Swallow it up and ignore them. After some time, they will see they don’t have any power with you anymore and they will leave you alone.

But, until you get there, just be strong and don’t let them provoke or come near you.

Related: How Long Will A Narcissist Ignore You? (+Why They Do It And How To Make Them Stop)

You’ll hurt them the most by not giving them your attention. If the circumstances were normal and someone who is not a narcissist hurt you, your first reaction would be revenge.

You would want to get even with the person who did you harm. But, that tactic won’t work with a narcissistic person.

By engaging in contact with them and trying to hurt them, you’re only exposing yourself to getting hurt again by their narcissistic abuse tactics. Contact is all they need to crawl back into your life and manipulate you all over again.

If you really want to hurt him, you have to start your healing process and ignore him while you’re at it. This is what will destroy him the most.

You have to give him no attention and show him that his life doesn’t interest you. Don’t try to find out what he’s been up to or whether he is hurting without you.

Don’t ask around or try to see for yourself. That will give him importance and reason to strike at you again.

Just shut him down and erase from your mind completely. That is the only way to get over him once and for all.

This is only bait. It’s his tactic with which he is trying to find out whether you’re still into him or not. He will provoke you and drive you crazy with false accusations.

He doesn’t even have to say it to your face. He will use your friends and social media to get into your head. The worst thing you can do is answer his provocations.

Let it slide and ignore everything he is saying about you. If you’re worried what other people will say to his lies, don’t be.

People that are important to you and who love you know what happened and who is the victim and they will never turn their backs on you. And the ones who do, screw them—you don’t need them anyway.

4. Don’t serve them your energy on a plate

But narcissists do the opposite. They recharge themselves through someone else’s pain and suffering. They need chaos in their lives to feel happy and satisfied.

Narcissists are not happy with themselves. They are miserable and that’s why they can’t stand other people being happy.

They need chaos and disorder around them, so they can feel that it’s not only them who are miserable. There are others.

The catch is they are the reason why people around them suffer. So when you take the bait and involve yourself in discussions with them, you’re only feeding them and raising their energy levels through your pain and frustration.

Don’t allow them to provoke you and evoke pain which only feeds them and makes them even stronger. Be happy and stay positive. Hurt them that way.

5. You are the main character in this story

You are the good one and he is the bad guy. The story is supposed to end well for you because good always beats evil.

He can have his chances to beat you, but in the end, you’re stronger than him. You don’t have to go on looking for tools and trying to find solutions to get rid of him.

You have had it in you this whole time. You are the main tool for beating him. Stay true to yourself and understand that nothing and no one can hurt you if you don’t let them.

Use the goodness in your heart and use all the love you have against him. Love yourself because that is the best revenge you can have.

Respect yourself and he will never come back to hurt you. Turn around your nightmare into a beautiful story with a happy ending. You are the only one who has the power to do so. 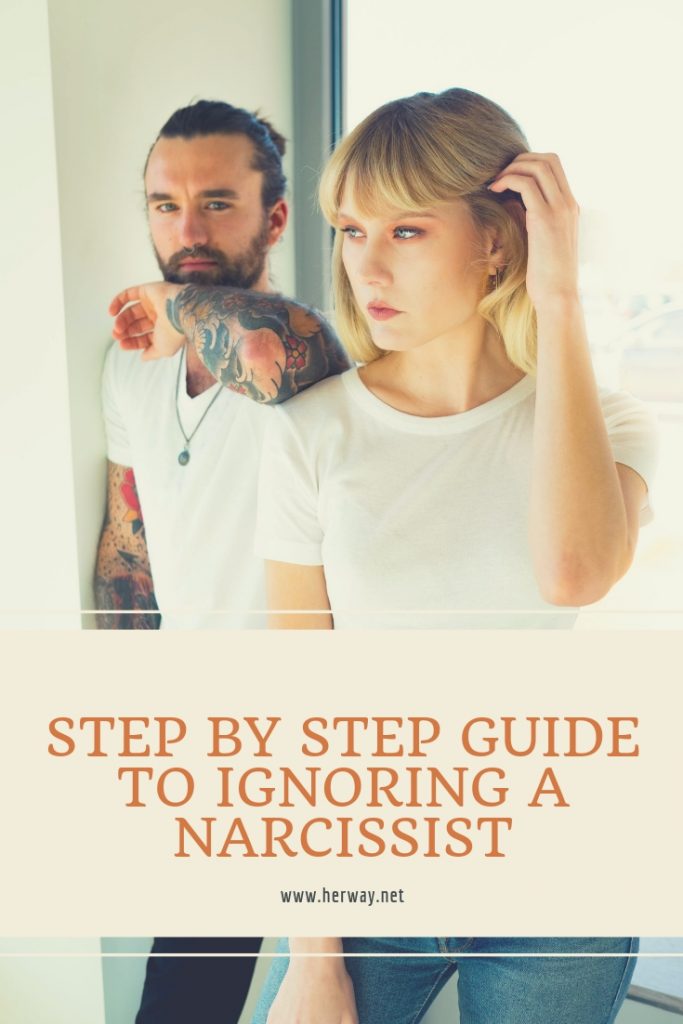