I know it sounds like I am making excuses for him but I think I am just being realistic. I am looking at the bigger picture because not everything is as it seems when you look at it from the outside.

Nobody could imagine that underneath that tough exterior he had a heart all covered in scars. Some girl messed him up so badly in the past that he didn’t allow himself to love again.

I knew where he was coming from. A broken heart can change you so much that you can’t even recognize yourself anymore.

But we choose different paths to deal with our brokenness, and his path was, unfortunately, more destructive. It was so destructive it broke my heart once again.

I was broken long before he ever crossed my path and when I met him I thought it was time to give love another chance. There was something about him that just seemed familiar, that made me feel safe. 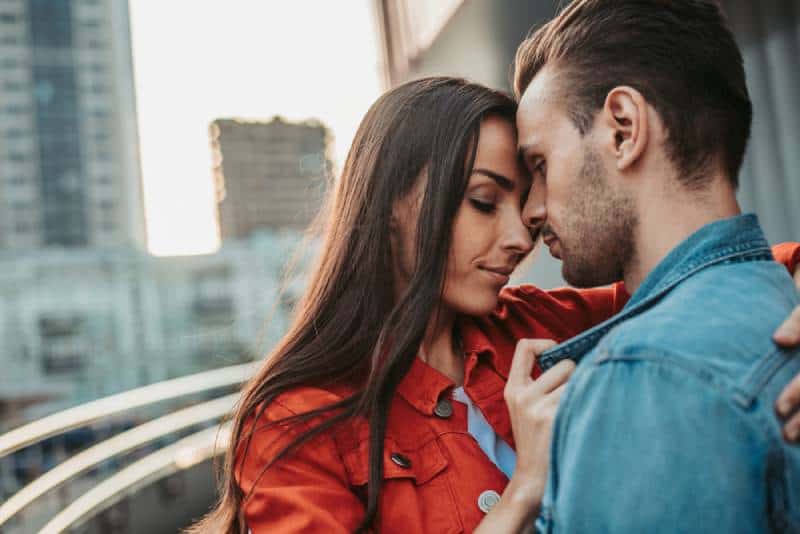 His behavior, his sweet talk, and his smooth ways made my walls tumble down. I trusted him.

I fell in love with him in a split second, without fear or doubt, without thinking things through, I just went with it. I was completely unaware of what lay ahead.

I had no idea that he never had any intention of staying. He had it all figured out. And I guess he had done it a million times before so he knew his game.

He knew what to say and when to say it. He knew how to give me just enough. Just enough of himself and his emotions that I would hold on and crave him more and never enough to feel like he was completely mine.

He knew how to be so close and so distant at the same time. He had it all figured out. He made a plan and he executed it. He lured me in by making our beginning so incredibly beautiful. And when he saw that my feelings were growing, that I was already attached, that’s when the other part of the plan started. 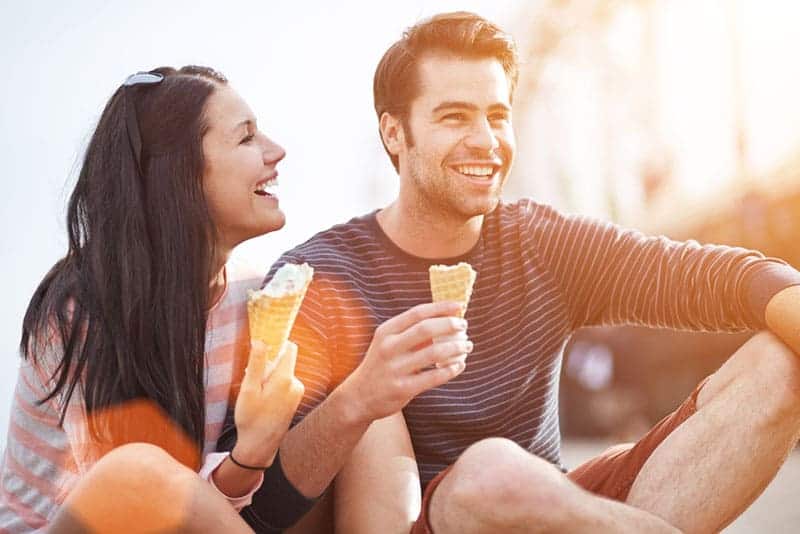 His texts became less frequent. He would text me, I would text back and then I wouldn’t hear from him for hours.

He pulled a lot of those texting mind games on me, and as easy as it had been to talk to and text with him in the beginning, now it had become frustrating and difficult. He hardly ever had time for me.

Everything was more important and I always came last. When he would finally find time for me, he would keep me so close and he would be so loving that I would fall even deeper in love with him. It was almost like he was making amends for all that time he deprived me of.

And as soon as he was out the door, everything would start all over again. He would become distant again. Then he would serve me crumbs of his attention and affection just so I would have something to hold on.

He would draw me in when he would see that things were getting too hard to handle, then he would go overboard when I was pulling away. He did it to me over and over again until he left without so much as a goodbye. 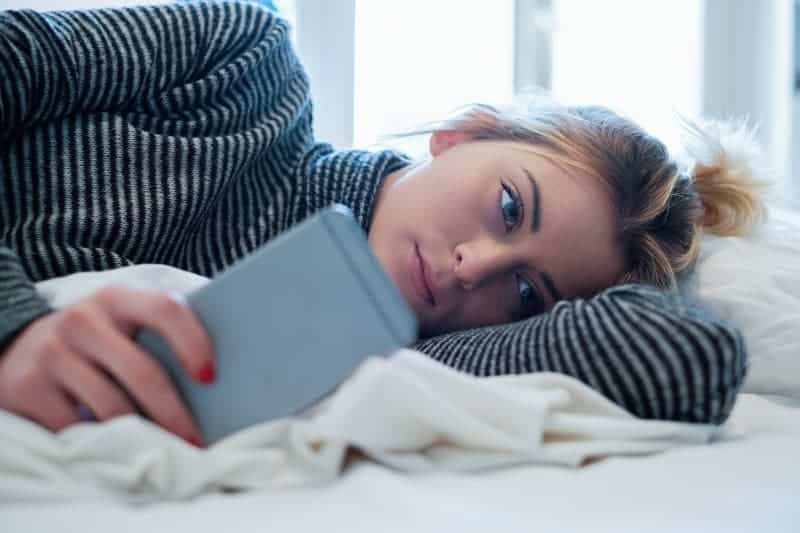 I guess he moved on to his next victim, without even considering what he had done to me. And worst of all is he knew exactly how I would feel. He knew how much pain he was leaving behind because he had been in my shoes in the past.

He was so broken that he never really managed to fix himself. That’s why he put his guard up, got his game on and put a fuckboy shield in front of him to protect him from potential hurt.

It was easier for him to hurt me and move on to the next girl than it was to really open up to me and let me in. He felt safe and in control knowing that I cared more and that I couldn’t hurt him. I guess he decided it was time to go when he started caring more for me too. I am not saying this to justify what he did to me. I was also broken and I didn’t go around destroying other people.

First I was hurt, and later I was mad because of everything he had put me through and now I just feel sorry for him. He became so good at dodging the pain that he dodged love too. It must be sad being him. 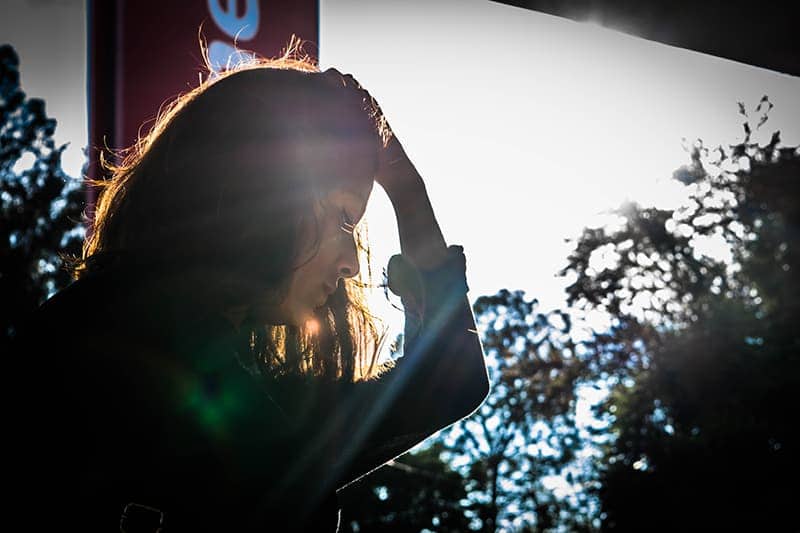 He knows something will end before it even begins. He has it all planned out. He is running from his feelings to cover up how broken he still is.

He never fixed his broken heart. That’s why he is the way he is now. He never healed it and now he is walking around with this numbness and emptiness inside of him that doesn’t allow him to truly feel anything again. He doesn’t allow anybody in because the stakes are too high. He doesn’t want to get hurt again.

I, on the other hand, am much braver than him. I am letting the pain in. It has to hurt like hell to let go of someone you care so much about. I cry myself to sleep. I think about him non-stop.

I am just existing day to day until I start living again. And one day, when I heal, I will be able to love again, and he probably never will. He will stay broken and unable to give love or to receive it. 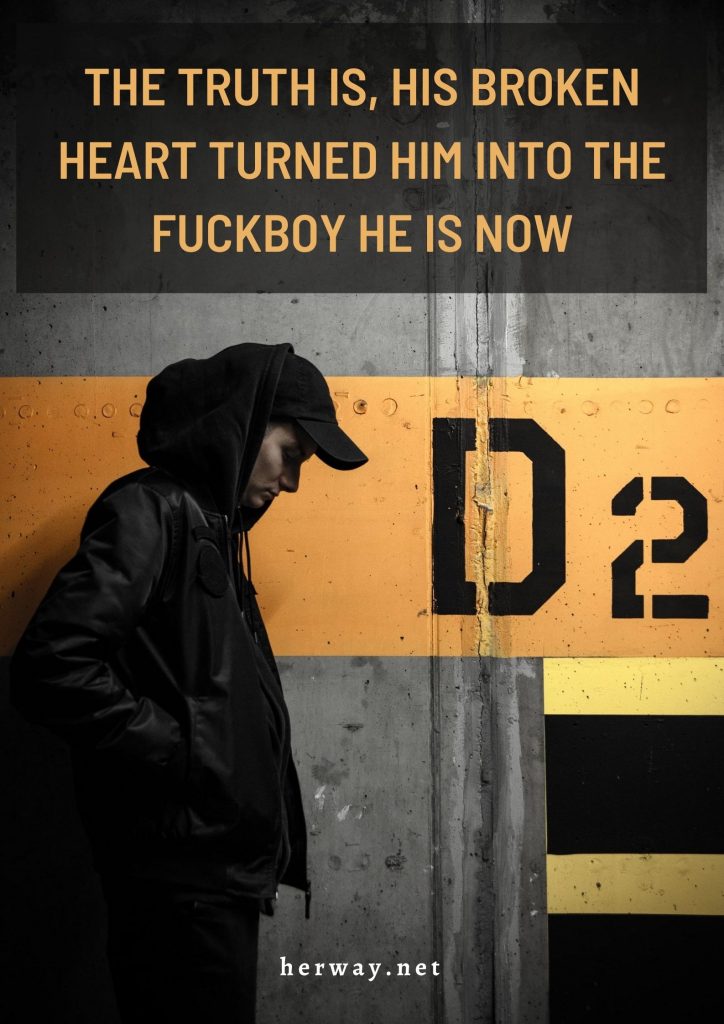