The much-anticipated trailer of Marvel’s Spider-Man sequel is finally out. While most of us mortals had to watch it on YouTube, a few lucky fans got the chance to attend a special event where they could see the trailer with the cast.

So, what’s the big buzz surrounding that? Well, the way Tom Holland, who plays the titular character, smashed toxic masculinity once and for all!

While speaking to fans about the latest Spider-Man, Holland admitted tearing up after watching the trailer.

Newsflash for all you tough guys out there: Superheroes cry too. And if Spider-Man can do it, why can’t you?

Have we finally reached an era where it’s acceptable for guys to show their emotions? Have we evolved to the point where we can accept that they’re not the “stronger sex” – they’re just human beings made out of flesh and blood… and a heart?

Has our society reached the point where it’s okay for a big, macho man to admit he has weaknesses without being called a sissy? Where he can say he’s afraid without the fear of being classified as a coward?

Have men finally realized they’re not tougher or more attractive if they pretend to be emotionless robots? Have women opened their eyes and stopped seeing toxic masculinity as appealing?

I certainly hope so. And so does Tom Holland.

However, this is not the first time the young star has talked publicly about his feelings. He recently did an interview with Total Film magazine, where he revealed that the movie franchise helped him a great deal with his self-confidence.

“I’ve grown and changed in the best ways possible. I really learned how to stand up for myself. When you first start making these films, you’ve got to do as you’re told, and you don’t think anything of it. But as time goes on, you realize that you’re an actor in your film, and you need to protect yourself. Sometimes I’ll say ‘no’ as a full sentence. I’ve learned how to stand up for myself, how to behave in a professional capacity when you’re the leader. I’ve learned how to enjoy my fame rather than run away from it.”

“It’s been an amazing experience. And as an actor, I’ve found so much confidence in my ability through having this safety blanket that is Spider-Man. It’s like a playground for me. Somewhere I can play freely and make mistakes. And sometimes those mistakes are the birth of the best idea, and that’s where the character’s growing from.”

Can a man get any tougher than this? I mean, he has no trouble speaking publicly about his insecurities and has no trouble crying in front of an audience.

Contents show
1 What is toxic masculinity?
2 Why does it matter?
3 What Tom Holland did

What is toxic masculinity?

But just in case, let’s revise our knowledge about toxic masculinity. Oxford dictionary defines it as “a set of attitudes and ways of behaving stereotypically associated with or expected of men, regarded as having a negative impact on men and on society as a whole.”

Let’s talk things through in a simpler manner.

You know how guys are terrible at paying other men compliments? Even when they do it, they’ll add “no homo” without fail.

What does this tell you? That every straight guy in the world is homophobic? I don’t think so.

They’re just victims of a system. As a “real man,” a guy has to be straight and wildly attracted to women.

Anything else makes him less of a man and, therefore, diminishes his worth in society.

What about the practice of telling little boys to “toughen up” and to “man up” or that they “cry like a little girl”? Well, there you have it: examples of toxic masculinity right from the start.

Basically, toxic masculinity teaches men that it’s not okay to have feelings. Sounds bizarre, I know, but if you look around you, it’s exactly what’s going on.

Why does it matter?

First of all, this kind of rhetoric doesn’t turn boys into strong men. Actually, it does the opposite.

It turns them into human beings who are too weak to display their own feelings. It teaches them that repressing emotions is the only socially acceptable way to be a man and that they have to deal with their vulnerabilities the best way they can – by themselves, of course.

What do we have as a result? You get insecure men who are likely to develop an addiction problem, become abusive, or end up suffering from depression.

But the troubles don’t end there.

Toxic masculinity promotes sexism as well. What does the term “boys will be boys” tell you?

That they will get away with inappropriate behavior just because it’s in their nature? That it’s okay to peek into a girls’ locker room or pinch their butts because it’s “what boys do”?

What Tom Holland did

Do you get it now? Do you understand what Tom Holland did when he bravely talked about his emotions and had no fear of tearing up?

The young star sent a powerful message: that toxic masculinity is history.

Do you have any idea how many boys around the globe are literally obsessed with Spider-Man? So, what will happen when they see their favorite actor cry on stage?

That’s right – they’ll understand it’s just a part of being human. They’ll perceive it as something completely normal – which it is. 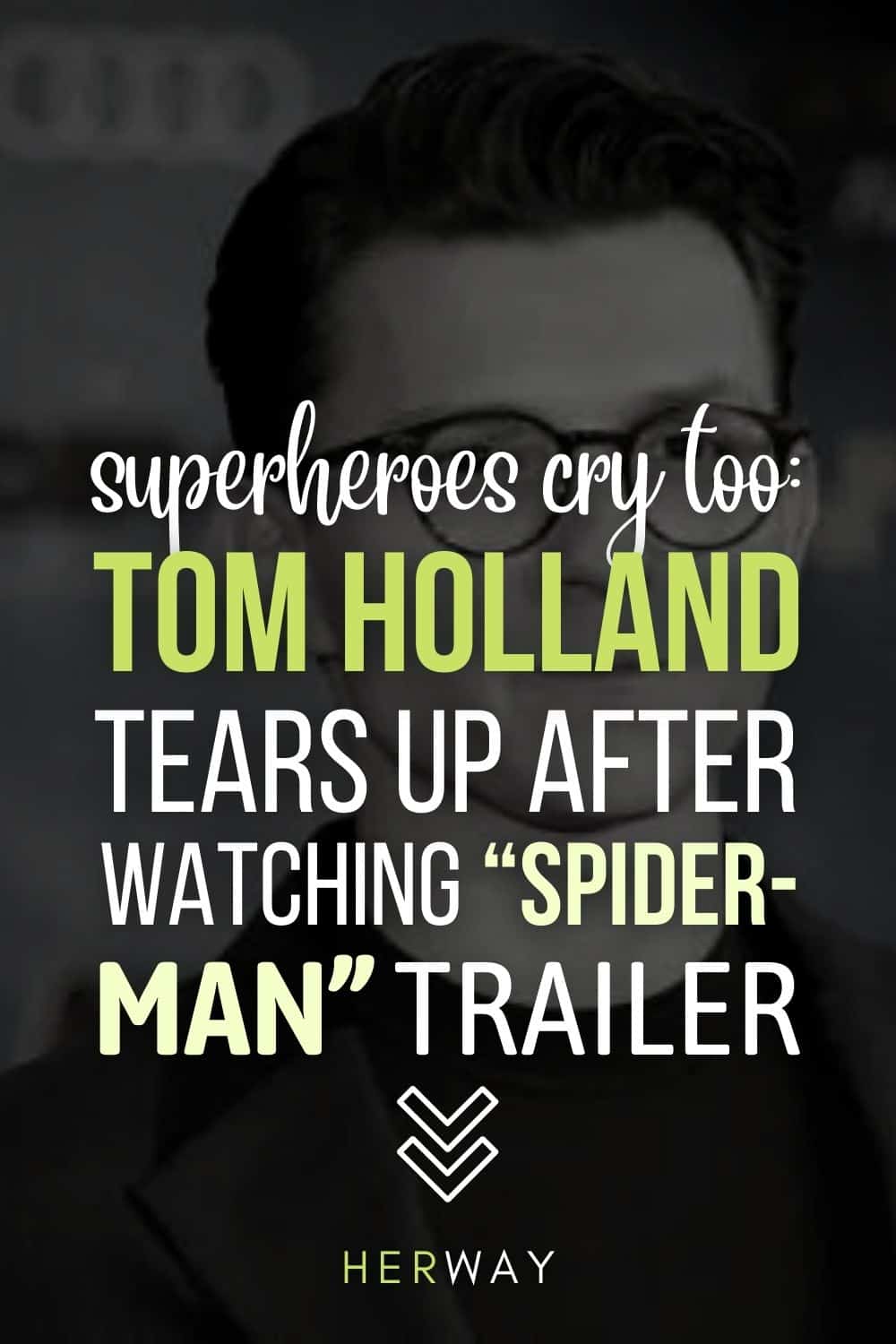