You have a new coworker or friend, and he seems like he has more divine feminine than divine masculine energy. Now you’re searching for the most common signs a guy is pretending to be straight or is a closeted gay.

Some people might think that he should just come out and be honest with himself and his friends and family so they can all accept him for who he is.

But others might disagree with this idea. They may think that he should carry on pretending to be straight because of what it would do to his family if they were to find out. This is most probably why he is still in the closet.

In this article, I will tell you the clear signs you are not dealing with a straight man, how to tell if a guy is LGBT, what you should and shouldn’t do, and what sexual preferences there are.

Signs A Guy Is Pretending To Be Straight: 16 Examples

Next up are 16 sure signs he is not being his true self: 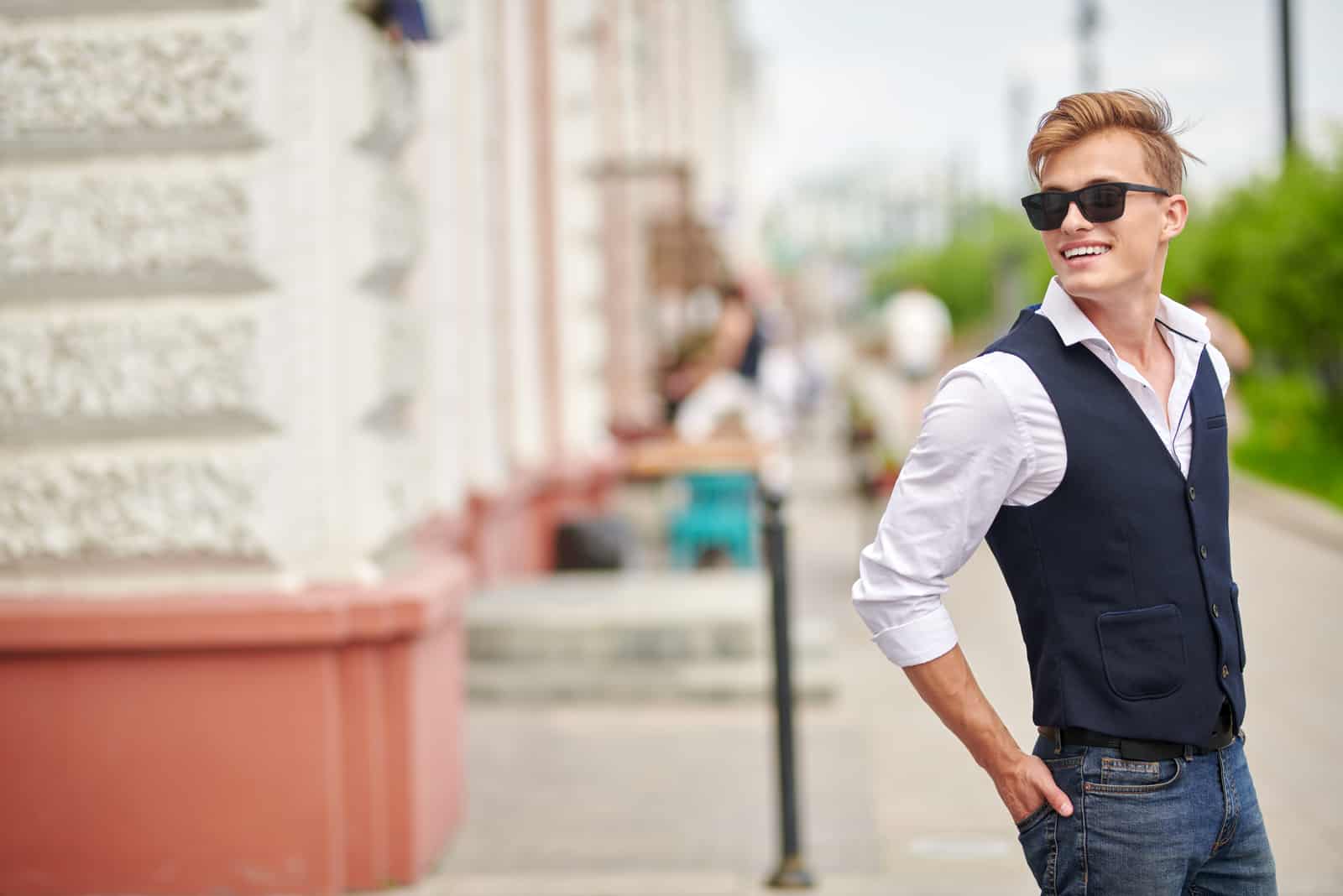 Some people might think that a man who stares at other men is gay, but that’s not always the case. Still, if you combine this with other telltale signs, it might be that he has a crush on someone else.

There are many reasons a man might stare at another man. It could be because he is attracted to that guy or likes his shoes.

This statement is an example of a false generalization. It’s possible for someone to be interested in the opposite sex but not be gay. But, it can still mean that he is gay.

This sign is a surefire way to identify if someone is gay or not. There are many reasons why someone might show this sign, and they don’t always have to identify as gay. In fact, this is an obvious sign, but the person might be feeling it for the first time.

Gay guys use Grindr and similar social media platforms to get to know other gay people. So, if you spot this app on his phone, he might be hiding something.

Body language is a form of nonverbal communication used to express thoughts and feelings. You can use it to interpret people’s sexual orientation.

Gay men are more likely to display what body language experts call “gay tell” signs, including actions like touching their hair or face, crossing their legs and arms, and more. 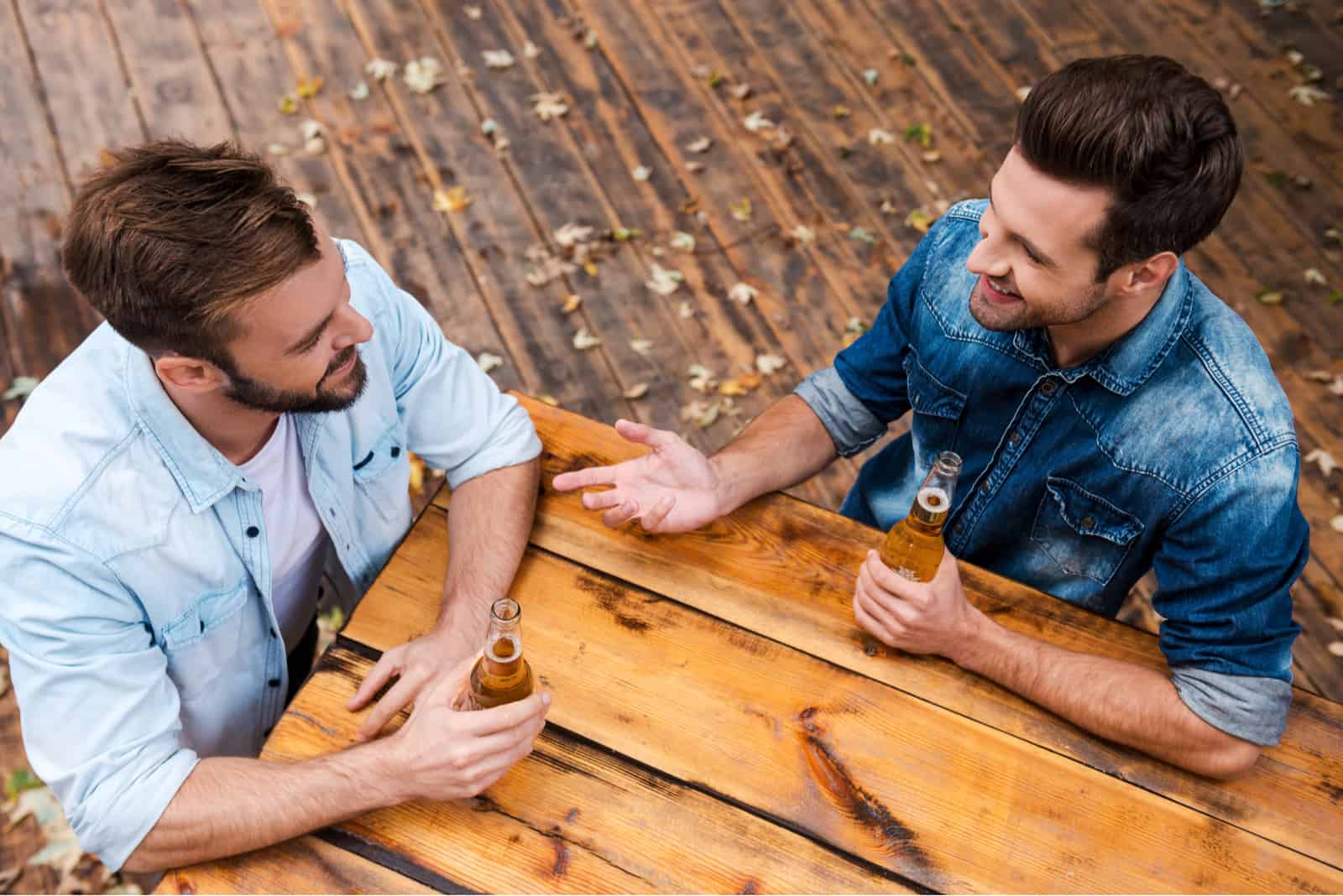 Now, if this isn’t one of the most surefire signs a guy is pretending to be straight, I don’t know what is. Sure, he might be an alpha male or have all the bad boy traits, but if he hooks up with a gu and you know about it, then he is definitely hiding something or experimenting.

No, he is not seeing another woman. But he might be seeing another man. If your boyfriend is not having sex with you anymore, it might signify he is a closeted gay.

If he is no longer interested in you, he might choose to avoid sex altogether. Still, sex is an important part of every relationship.

7. Started to work out

One of the ways people can know if someone is gay or a lesbian is by paying attention to whether they have crushes on people of the same sex.

If they do, they will do silly things like working out or making themselves look pretty for their new crush. Still, this might be an odd sign that he loves you and wants to look good for you.

When a man avoids eye contact with a woman, it definitely means he has something to hide. He might be hiding the signs a guy is pretending to be straight.

Of course, it might mean that he is no longer interested in her. Sometimes, he might just be shy or nervous and not know how to approach her.

The most common sign that your partner is hiding something is that they no longer tell you they love you. This could also be because of a break-up, fighting, or just a change of heart.

The signs of hiding something can come in different ways, but the most obvious is when they stop spending time with you and have difficulty looking at you or voicing their feelings. 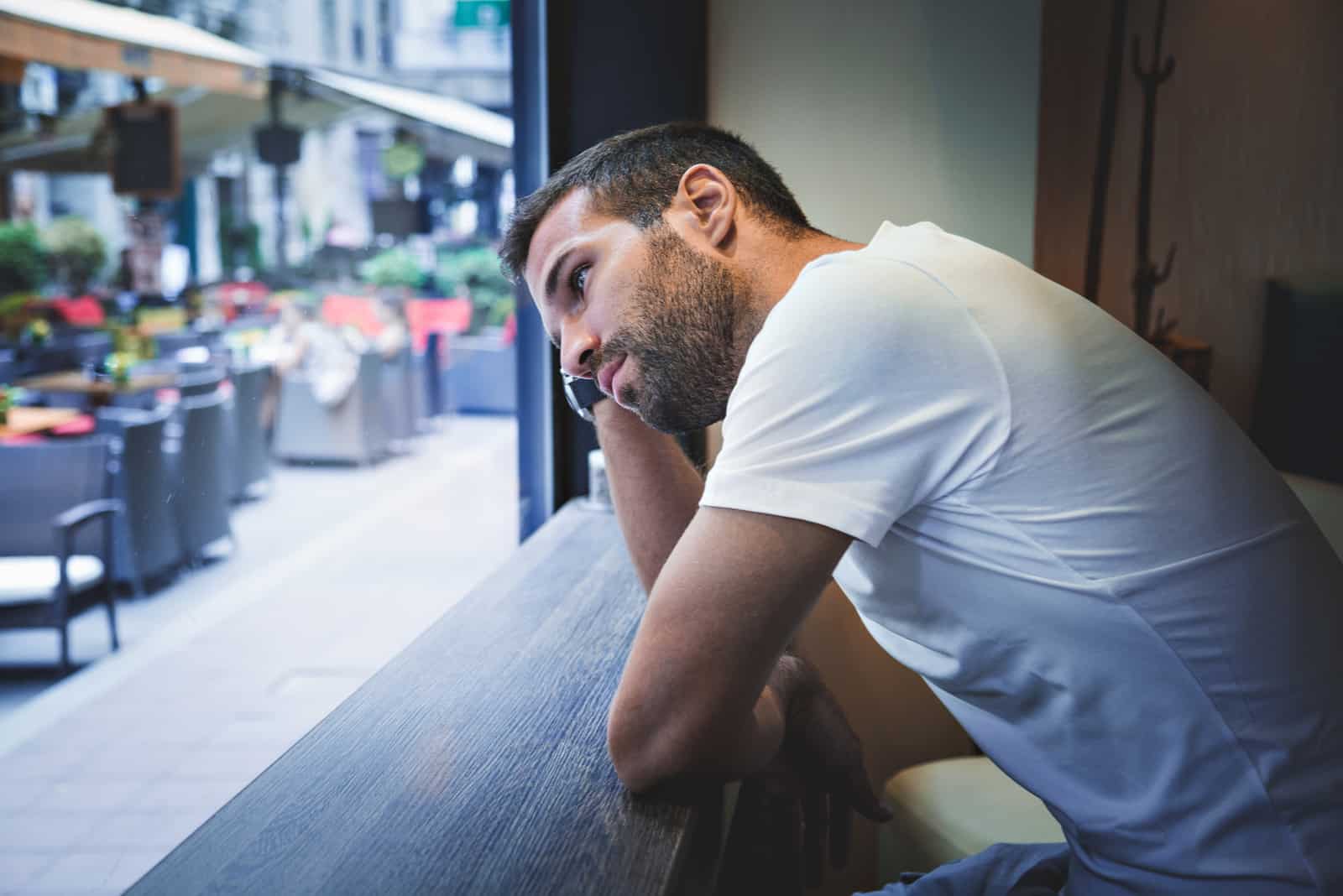 Fantasizing about someone else is a common phenomenon that many people experience when their relationship is ending.

In all likelihood, the person they are fantasizing about is not hiding anything and may be completely oblivious to their interest in them. This could be another man or woman.

This is a weird situation to be in. Your boyfriend is flirting with another guy. They may feel like their partner has rejected them. They don’t want to stop flirting because it is fun and exciting.

That is, to them. Remember, a high-value man would never do this to you, and straight guys never flirt with other guys.

Keeping secrets from anyone, not just your partner, can create tension between people and lead to resentment and distrust.

Keeping secrets from your partner can be difficult because it requires you to keep your thoughts hidden from them. It also requires you to remain emotionally distant while still being present with them.

13. Not talking about gay people

They are not comfortable talking about their sexuality, and they feel like they are the only one in the world who has this problem.

They might be afraid of being judged or rejected by others, or they might be fearful of what their family will think, so they don’t talk about homosexuality at all.

He might be pretending to love you, but he can’t fool these signs a guy is pretending to be straight. This one might not always be true, but most commonly, gay guys have a bold sense of fashion.

Today, fashion sense is no longer a way to identify someone’s sexual orientation. It has become a way for people to express themselves and their identities. 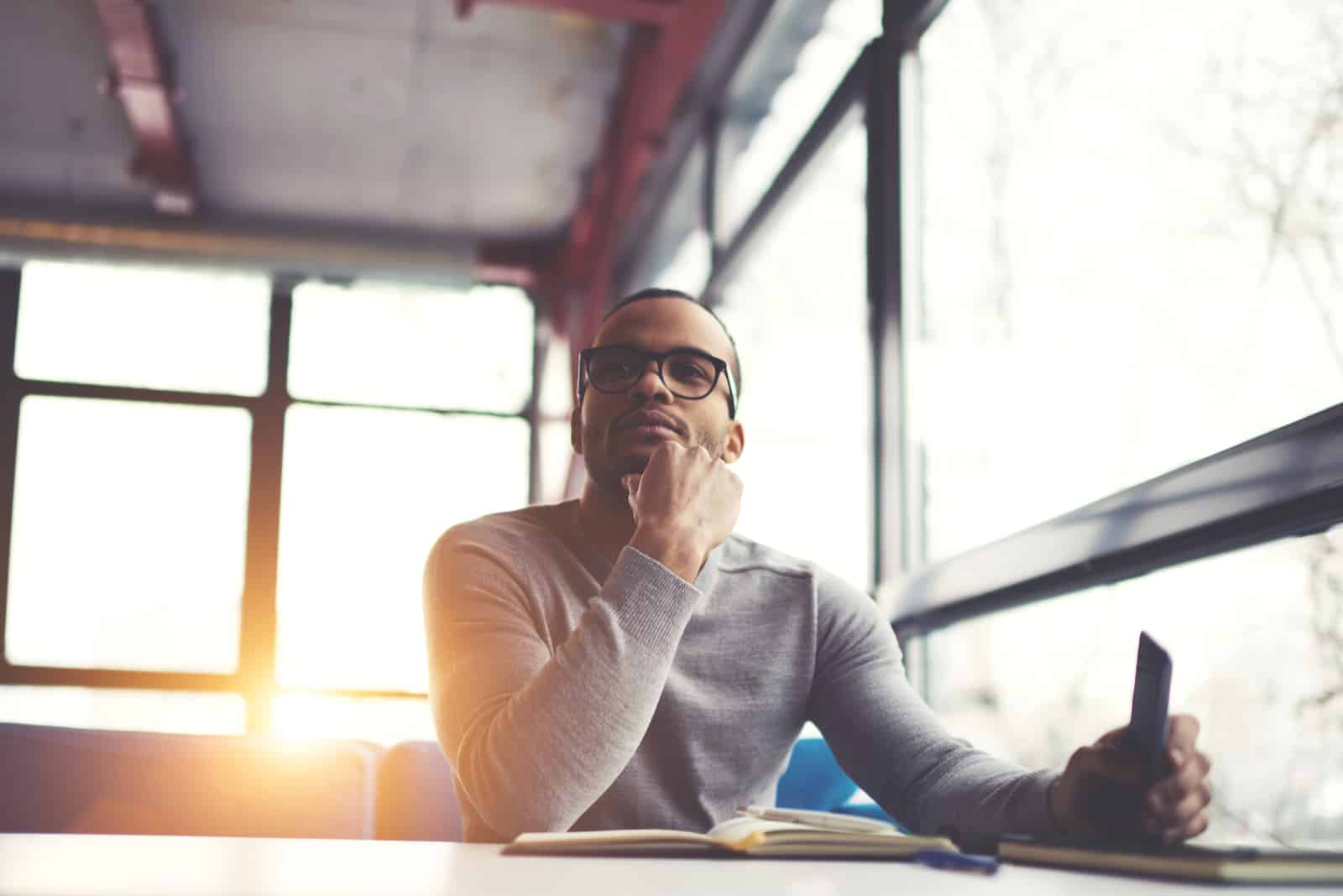 In fact, this doesn’t have to be a sign he is gay. It might be one of the signs he wants you to notice him.

Sports offer a lot of entertainment value and opportunities for socializing with friends. But, for this guy, sports are not his thing.

He doesn’t enjoy watching them or playing them. Sure, it might also mean he doesn’t know what he wants.

What Should I Do If I Find Out He Is Gay? 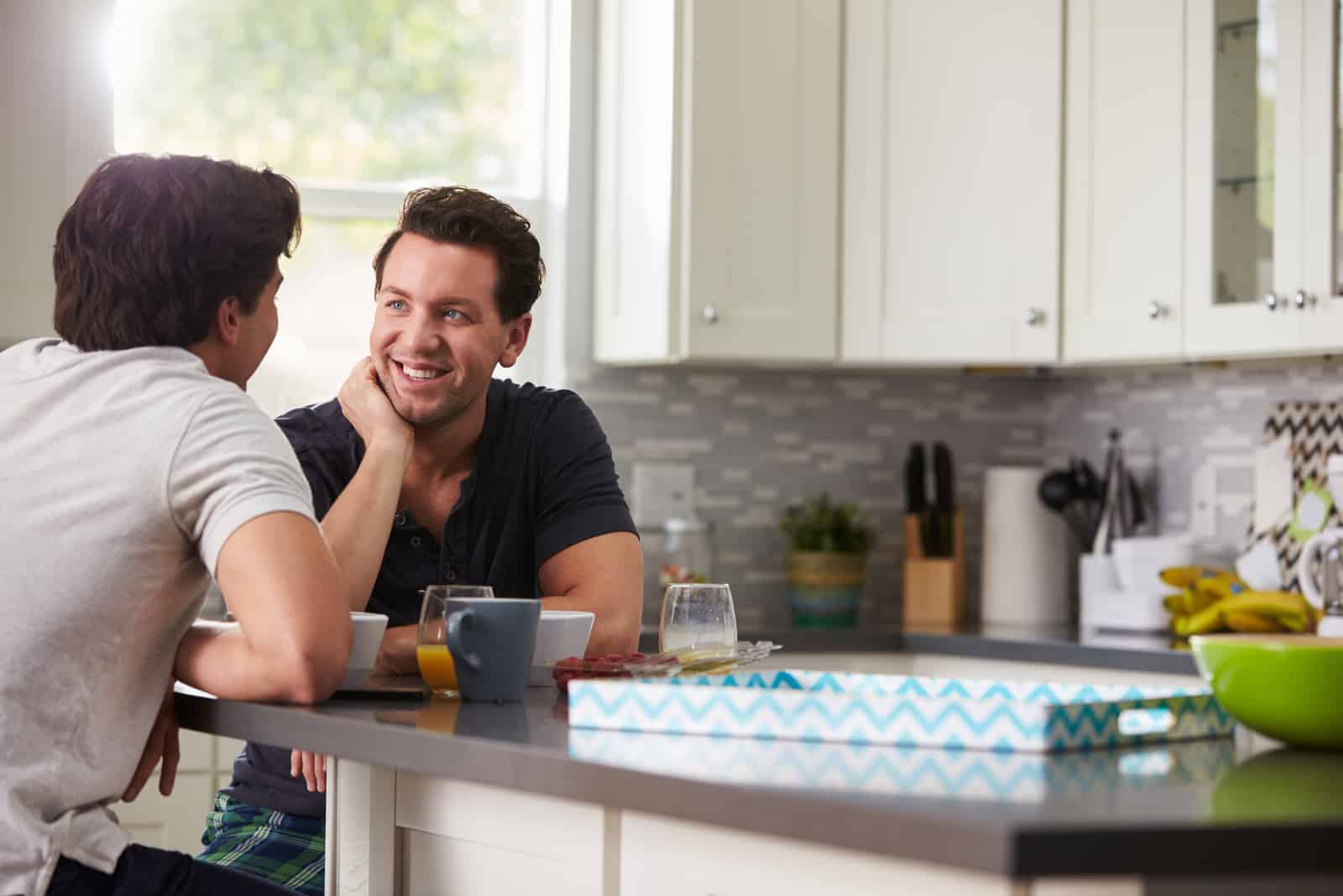 A lot of people are not sure how to react when they find out that a friend is gay. It is important to remember that it is not your job to change them or their sexuality. But instead, you should be there for them and support them.

Here are a few things you should do:

And here are a few things you should not do:

It is a difficult situation to be in. You are not sure how you should react and what you should do. You might be feeling shocked, angry, or afraid.

The best thing you can do is talk to him about it. Be honest with your feelings and tell him how you feel about the situation. If we are talking about a friend or even a best friend, provide them with all the support they need.

If you are in a relationship with a guy and find out he is gay, it is best to be honest. The best way to handle this situation is by talking about the issue. Always ask the other party what they think.

How Many Different Sexualities Are There?

There are more sexual orientations than just heterosexual and homosexual. There is queer, bisexual, pansexual, asexual, demisexual, etc. Sexuality is something that does not have a set definition, and there is no one way to identify it.

This means that the guy we are talking about can also be bisexual and, in fact, is not pretending to be gay. He might just like both genders.

There are so many different sexualities that it can be hard to keep track of them all. It’s important, though, because there is no single sexuality. Did you know there is an LGBTQ + or LGBTIQCAPGNGFNBA acronym to present the different sexuality types?

It is not uncommon for gay men to pretend to be straight, especially in the workplace. This is often because it is easier to fit in, or they are trying to avoid discrimination.

Believe me, let him be and don’t expose him. It is his sexuality, and you should not poke your nose in it. He has set healthy boundaries in relationships, the workplace, and family functions, and you should respect that.

In the end, I hope this article on the most common signs a guy is pretending to be straight helped you figure out whether he is really straight or not. Remember, coming out of the closet is his choice, not yours.

Sure, believe what you want about "watching young fit men run around after balls in tight shorts" -- you're gay if you don't get a thrill out of that ?!?