Hearing a guy call me “wifey material” was the ultimate compliment for the young girl I was back in the day. Hey, he was obviously putting me aside from all those other girls.

Could you just imagine? The man I’m so crazy about thinks of me as being enough to be his legally wedded spouse. He thinks I’m worthy to become the mother of his children.

How romantic is that? Well, as I grew older, I realized that romance has nothing to do with this epithet.

Instead, as perfect as “wifey material” might sound, it’s actually a major red flag, and here is why.

Contents show
1 He puts you in a box.
2 He doesn’t want to marry you – he just wants to get married.
3 He wants to speed things up for a reason.
4 You’re likely to be submissive.
5 Where is love?

He puts you in a box. 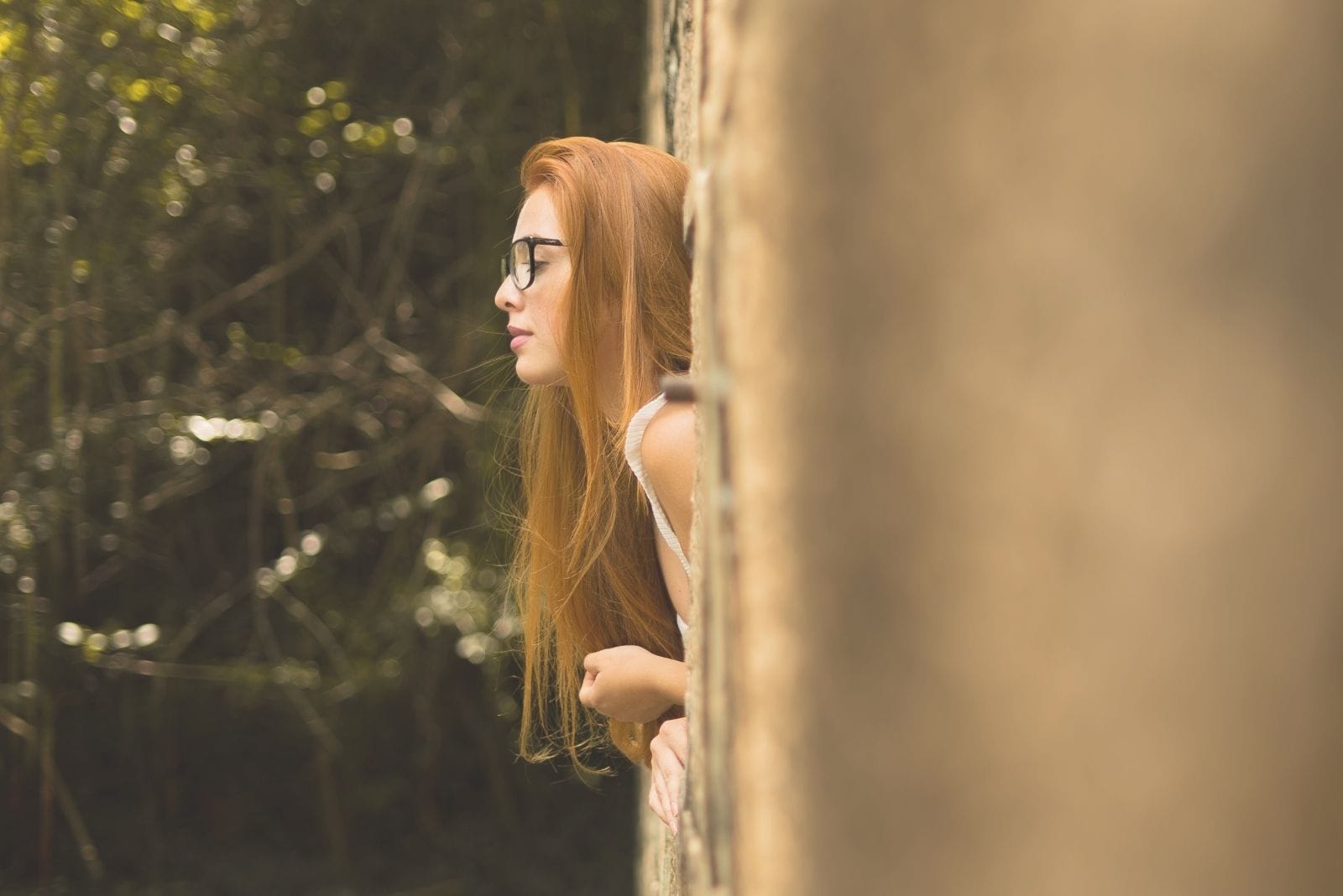 Whoever tells you these words is putting you in a box. Guys who display signs of toxic masculinity divide all women in this world into two categories: the ones they’ll have fun with and the ones who will give birth to their children.

They date the first group for years. They sleep with them and they fall in love with them.

But, when it comes time to settle down, they look for different things. So, which group is better?

Well, neither of them. The best is to stay away from men who think this way. Run for your life the moment you meet a guy who tries to put you in a box.

This guy reduces all of your other qualities. He assesses your entire worth through your potential to become a good wife for him.

Isn’t that sexist and humiliating?

He doesn’t want to marry you – he just wants to get married. 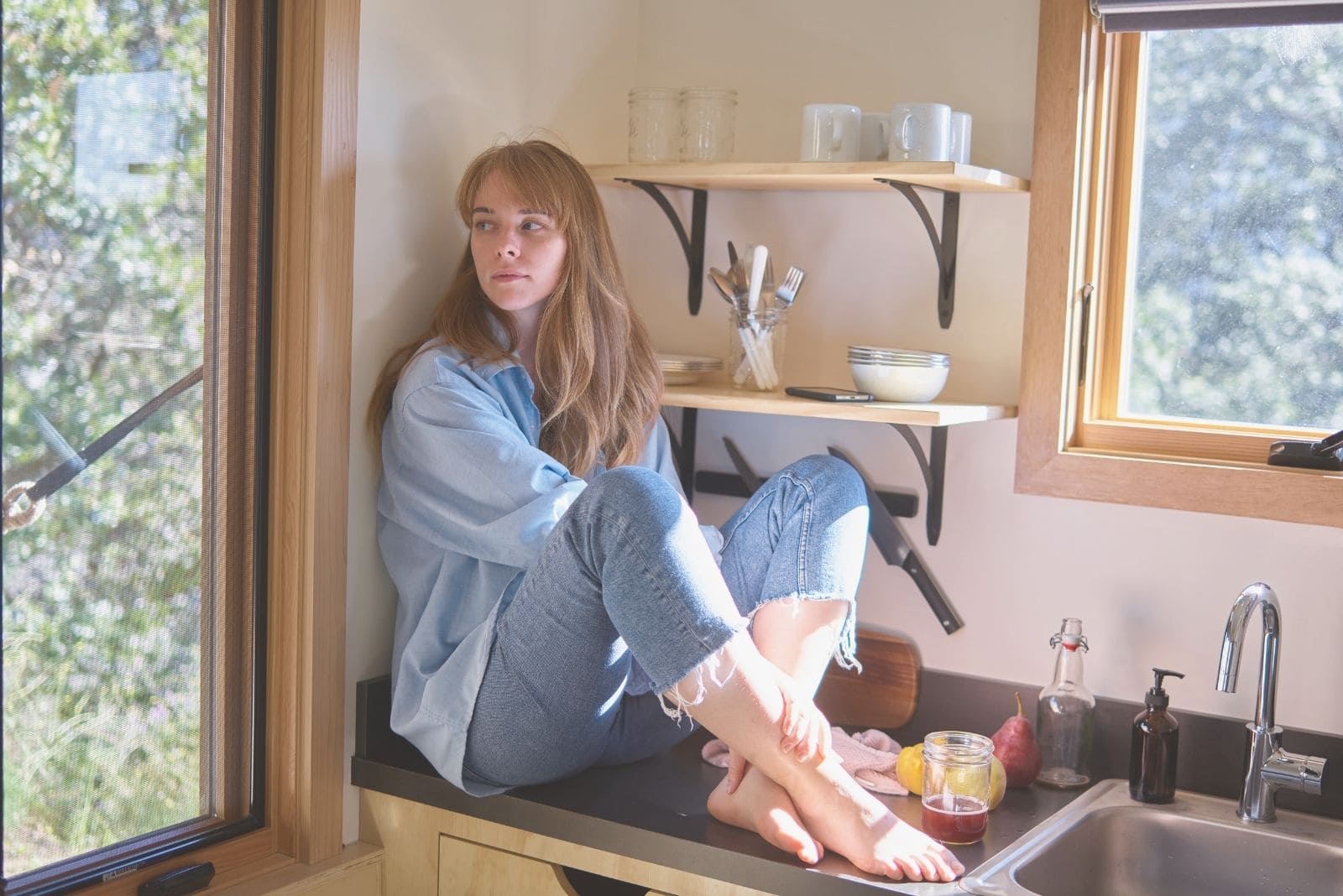 When a guy refers to you as wifey material, you see it as an undeniable sign that he wants to spend the rest of his life with you. After all those wrong choices, you’ve finally found someone who thinks of you as the one.

He dreams of growing old with you, and he couldn’t picture anyone else besides you to be the mother of his children. If you feel the same way about him, what more could a woman want?

But, are things really so bright and shiny? Did you ever ask yourself: “Does this guy want to marry me or does he just want to get married?”

You might not realize it, but the difference between these two is huge. You see, it’s one thing if you’re the one who made him think about settling down.

This is the perfect scenario. He met you and he knew you were the woman of his life.

Nevertheless, what if it went the other way around? What if this man just decided it’s time to get married regardless of who his spouse will be?

Maybe he’s tired of looking for the one or he thinks it’s time to give up on his bachelor life. Maybe he is scared that he’ll be forever alone unless he finds someone to tie the knot with.

So, you’re the first one who came along. You’re suitable and convenient. You meet his standards and that’s why he immediately started telling you that you’re “wifey material”.

He wants to speed things up for a reason. 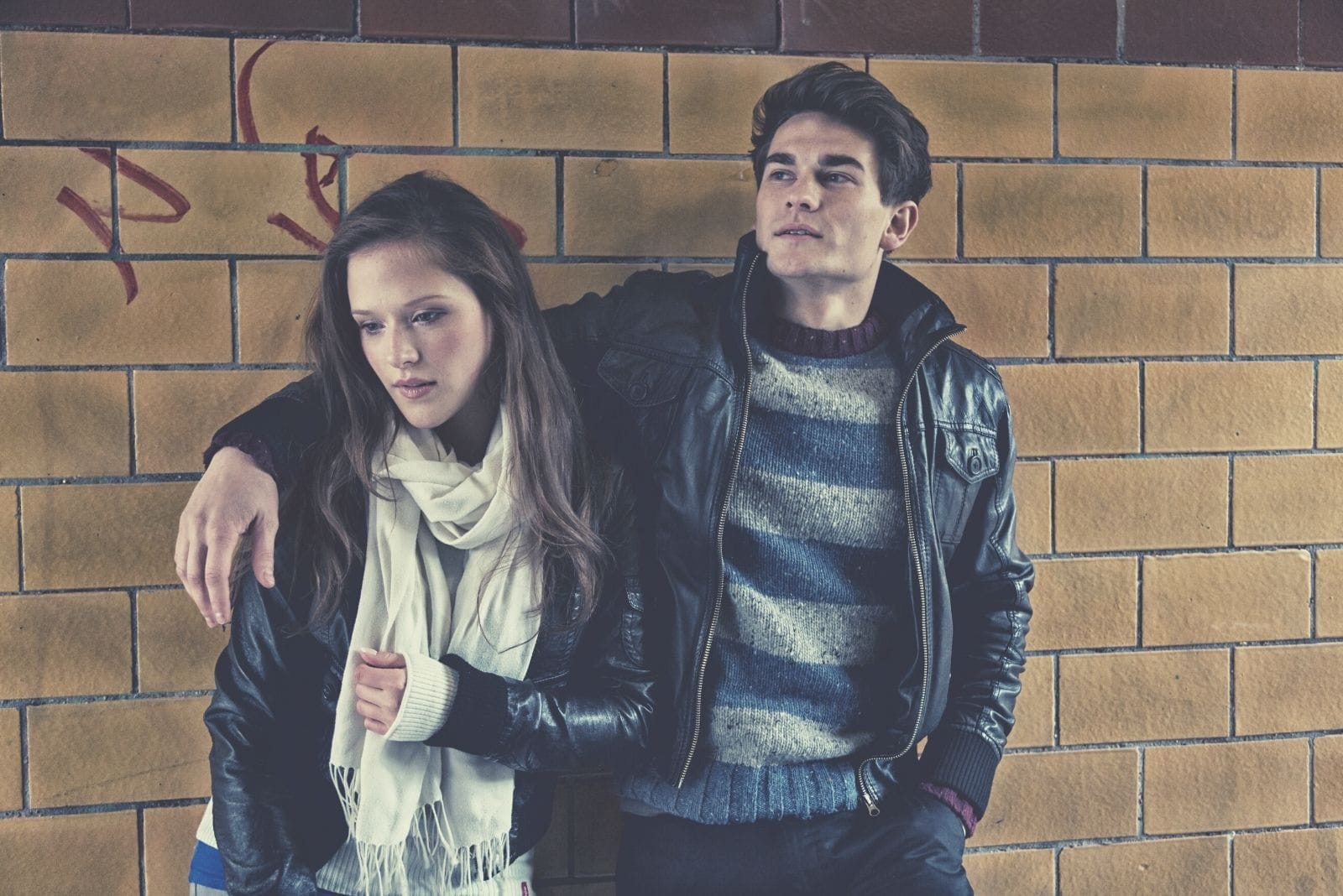 I bet you know the drill: you meet a guy who has everything you’ve been looking for in men.

For as long as you can remember, you’ve been wasting your time on immature boys who never knew what they wanted, who made you feel unloved, and who were stringing you along for years.

And now, after all those failures, he shows up. He is giving you more than enough attention, he prioritizes your relationship, and he has no second thoughts about your place in his life.

But, let’s be honest: in most cases, when a guy is too good to be true – he probably is. I hate to be the one to break your bubble, but is it possible that this man is actually hiding his true colors?

Is it possible that he wants to speed things up for a reason? He wants you to say “I do” before getting to the bottom of his personality or past.

Otherwise, he wouldn’t rush you into anything. I know what you must think now.

But, come on, if that were true, then why wouldn’t you wait a bit longer? Time won’t destroy your connection if it is the real deal!

You’re likely to be submissive. 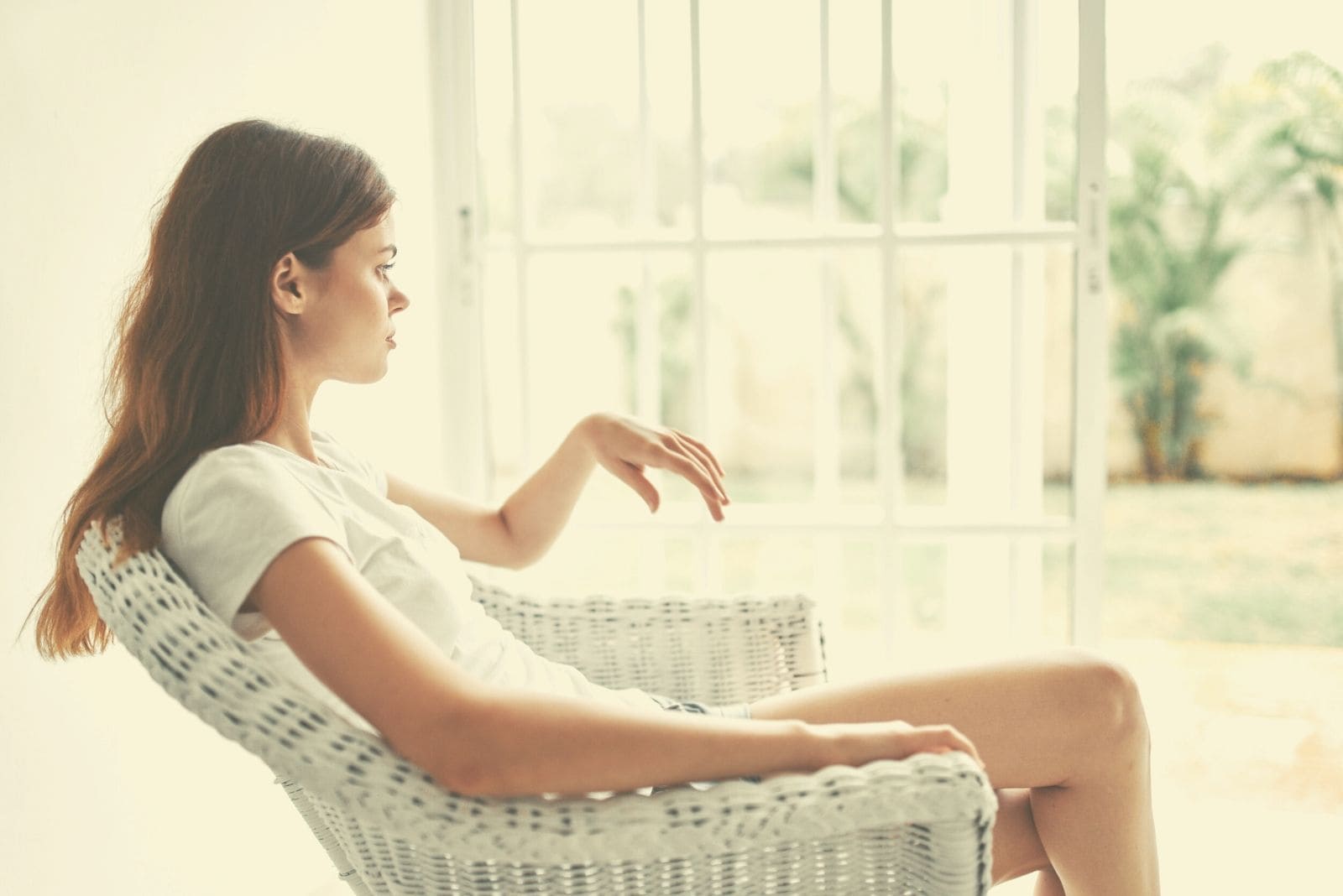 When a man tells you that you’re “wifey material”, you shouldn’t take it as a compliment. I know that you’re flattered at first glance, but trust me, this simple sentence usually hides a lot more.

He doesn’t picture you two holding each other’s hands and pushing one another towards success.

Instead, when he tells you that you’re “wifey material”, this is the picture he has in mind. He comes home from work shouting “Honey, I’m home”.

You welcome him open-handedly, the entire house smells like cupcakes, and you’re overjoyed that you get to spend the afternoon together.

Of course, after lunch, he lays down on a couch and you give him the most sensual massage ever. You know what I’m talking about – you saw the 1950s happy family posters.

Sounds idyllic, right? Well, it probably does – for him.

But, what about you? You’re the submissive wife in this story, but not in a good way. 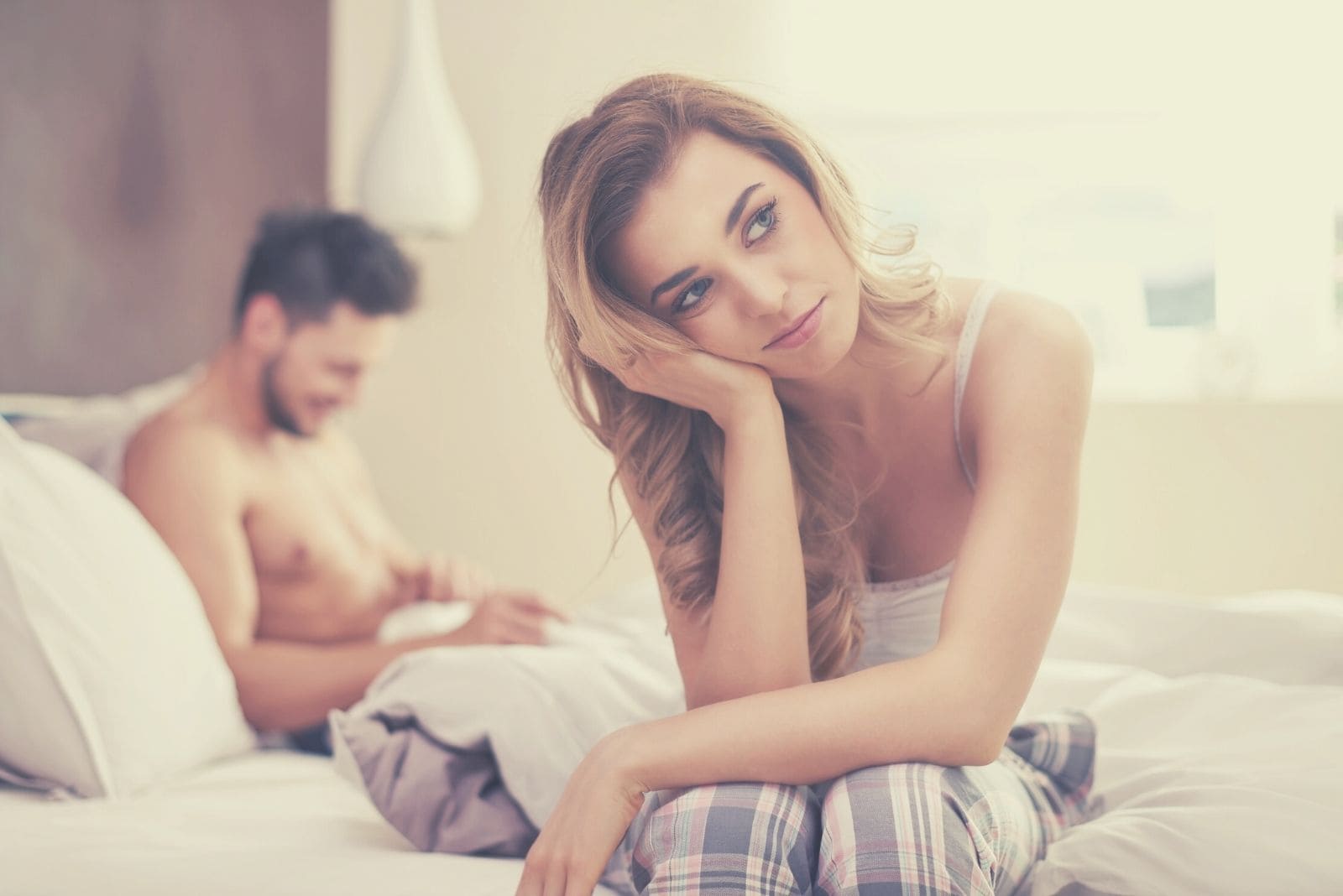 Finally, the most important question of them all: where is love in all of this? Whether you like to hear it or not, the truth is that a man wanting to marry you is not the same as a man loving you.

You see, when a guy truly loves you, he won’t treat you like livestock he needs to evaluate. He won’t put all of your positive and negative traits on a scale before popping the question.

Instead, he will marry you for one reason only: because he would rather die alone than spend the rest of his life with another woman. He will marry you despite you being “unwifeable”.