She made a mistake so many times, thinking that everyone had a heart as good as hers. A heart so pure that it didn’t see any evil.

She thought everyone’s intentions were honest like hers. She paid for that mistake with tears.

Regardless of that pricey mistake, she still continues to see the more positive side of everyone. Even you.

She chose to have faith in you so many times because she saw something good in you that you didn’t even see yourself. She believed in you when you had a hard time doing it yourself.

She lifted you up when you were down. She would even sacrifice her own happiness to put a smile on your face.

You seemed to think that you could push her to her furthest limits and she would always let you in.

A good heart is taken for granted. Because oftentimes a good one gets confused with a naive one.

She is far from naive. She just appears to be. She knows you are taking advantage of her feelings.

And still, she prays to God every night that you will prove her wrong. She chooses deliberately every day to have faith in you.

Because when she loves, she loves too much. She loves to the extremes, unable to stop herself. She doesn’t believe that’s the only way to love a person, she just never knew of any other.

So, why do you give just half of your love to someone who gave you too much of it?

Do you realize she will get tired?

Even the strongest of hearts would be exhausted from the lack of love.

Or better said, she has to stop choosing to have faith in you. She has to stop having faith that you will ever be the man that she hopes you are deep down.

She will have no other choice but to let you go. And it will break her.

She gave you so many opportunities to be the man she needed, to give back everything she gave to you. To be someone who would appreciate and cherish her.

To be someone she could trust. You failed her so many times that it would do her more harm staying with you than to let you go. 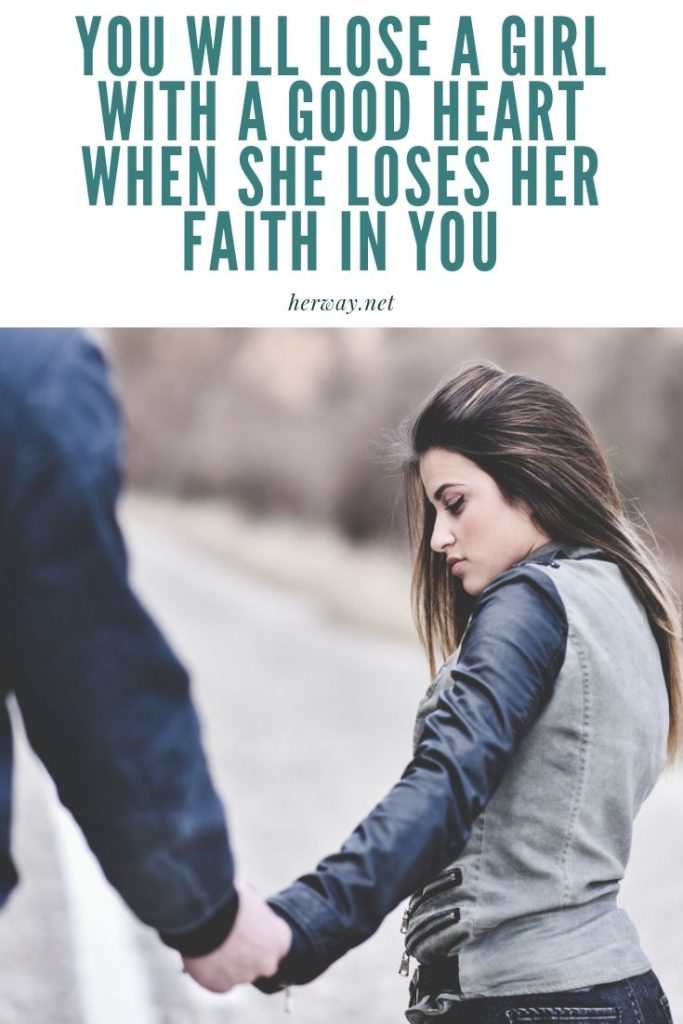