My whole life, I was never the kind of person to fear change or shy away from a challenge. I welcomed every new opportunity to step outside of my comfort zone and was never afraid to lose something along the way.

And even if I did, I was certain something better was waiting right around the corner!

Apart from my almost annoying optimism, I had plenty of ambition too (think along the lines of being part of four different clubs in high school, in addition to running track), so I always set high expectations for myself and my career.

After graduating from college with a degree in finance, I was lucky enough to find employment at a small company right away.

I steadily worked my way up from an entry-level job to higher-paying positions where I was given more responsibilities.

I never saw this as a burden, though, and I was incredibly excited that my superiors saw something special in me.

A few years later, I began itching for something new. I was well aware that the corporate ladder at my job wasn’t very high, and there wasn’t much more left for me to climb.

Sure, I liked my coworkers and the stress-free office, but a tiny voice in my head kept telling me that it was time to move on.

And just like clockwork, I reconnected with an old college friend of mine who let me know that his much bigger company was hiring. Did I jump at the opportunity? You bet I did. 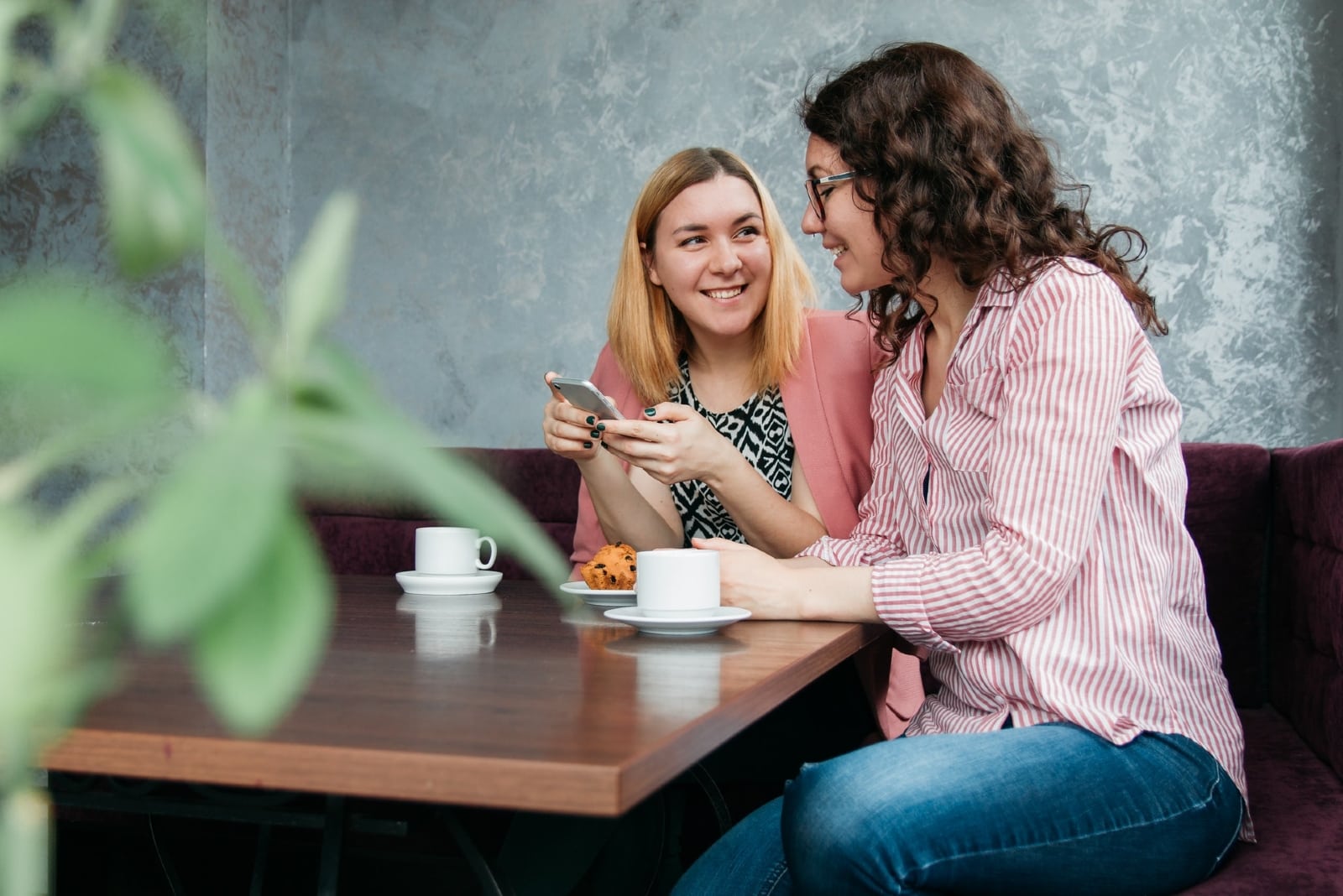 Within a few months, I was saying goodbye to my old coworkers and getting ready to throw myself into what I thought at the time would be (cliché alert) an amazing new chapter.

I wish I could pinpoint the moment my stress management skills flew out the window.

Maybe it was around the time I arrived at my new office and realized the true meaning of a “fast-paced work environment.”

Or perhaps it built up slowly as my workload tripled, overtime became a near-daily occurrence, and the pile of unopened emails in my inbox grew and grew.

Looking back, I definitely agree with the analogy that stress is like a bucket slowly filling up with water.

The water rises and rises, and if you don’t find a way to poke holes in the bucket (in other words, actively try to lower your stress), the water will eventually overflow, and you’ll find yourself battling a flood.

The first time I had an anxiety attack, I was in my car, driving back from work. Alone.

While stuck in traffic, my mind kept bouncing back and forth between project deadlines, my boss’ frustration at that day’s meeting, and all the work that somehow had to be done by the end of the week.

For the first time in my life, I felt like I had truly lost control.

Suddenly, my heart began to race, breathing became difficult, my limbs started trembling – like they weren’t a part of my body anymore – and I was terrified that I would pass out behind the wheel. 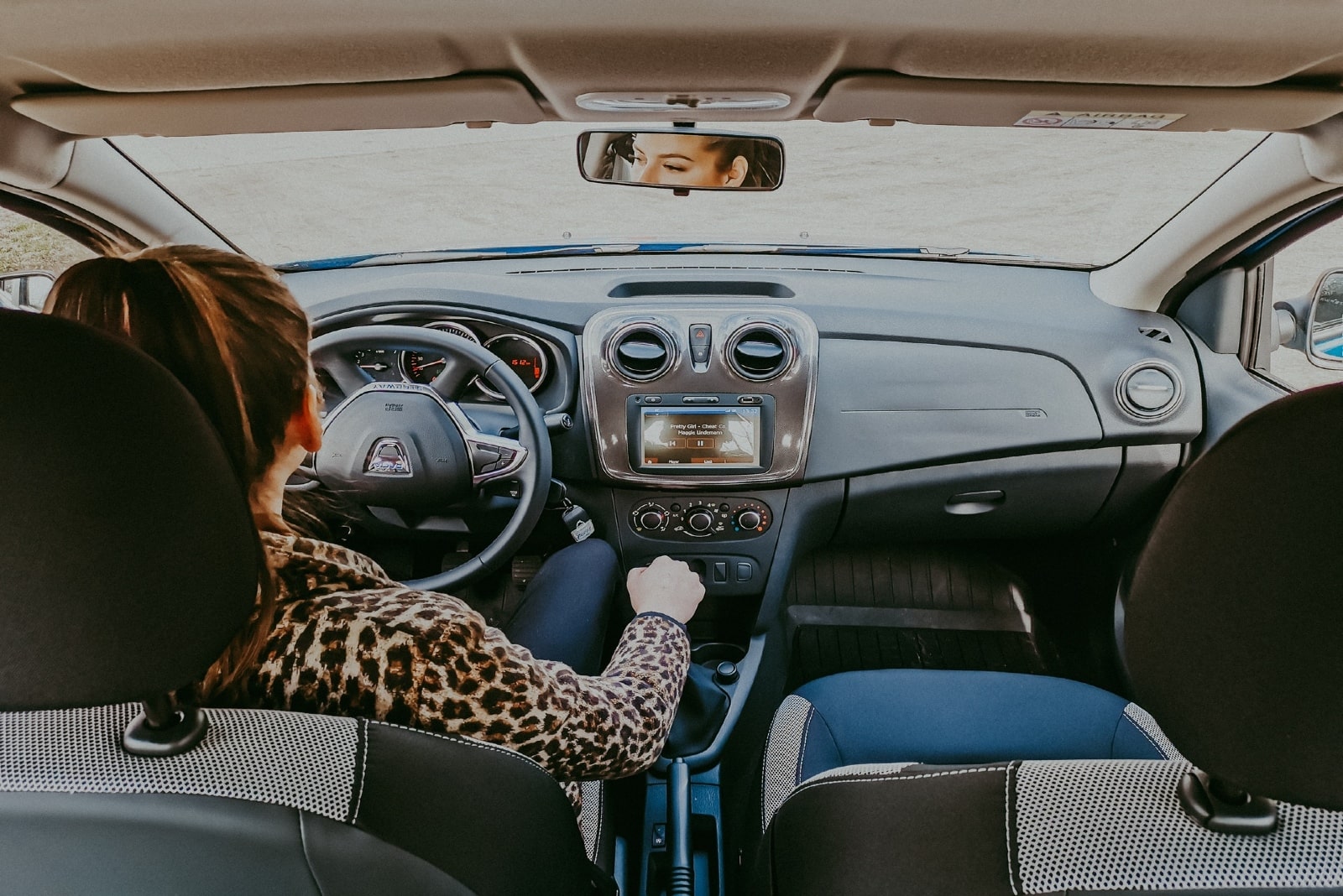 I turned on the radio, and the pop music managed to distract me long enough to regain some control of my breathing and drive home in one piece.

“Okay, you just had your first anxiety attack. No big deal, it happens. You’ll be fine,” I told myself.
Sadly, this was just the prelude.

In the following months, I had to learn how to live with a constant knot in my stomach, forced myself to eat because I’d lost all appetite, and could never get a good night’s sleep because my brain would never shut off.

And even though my diet had never been worse (it consisted of daily runs to Taco Bell and gallons of soda), I’d somehow managed to lose weight.

The weekends didn’t bring me any relief, either – I spent them worrying about the following week.

So the only free time I had to have fun and unwind was wasted on running all sorts of doomsday scenarios through my head.

I wish I could say I came to the realization that I was suffering from work anxiety on my own, but that wasn’t the case.

It was my husband who tentatively suggested that I had been a little too stressed out recently and that maybe, just maybe, I should consider taking up some stress-relieving activities – a way to poke a hole in my stress bucket, if you will.

So, what countermeasures did I put in place? 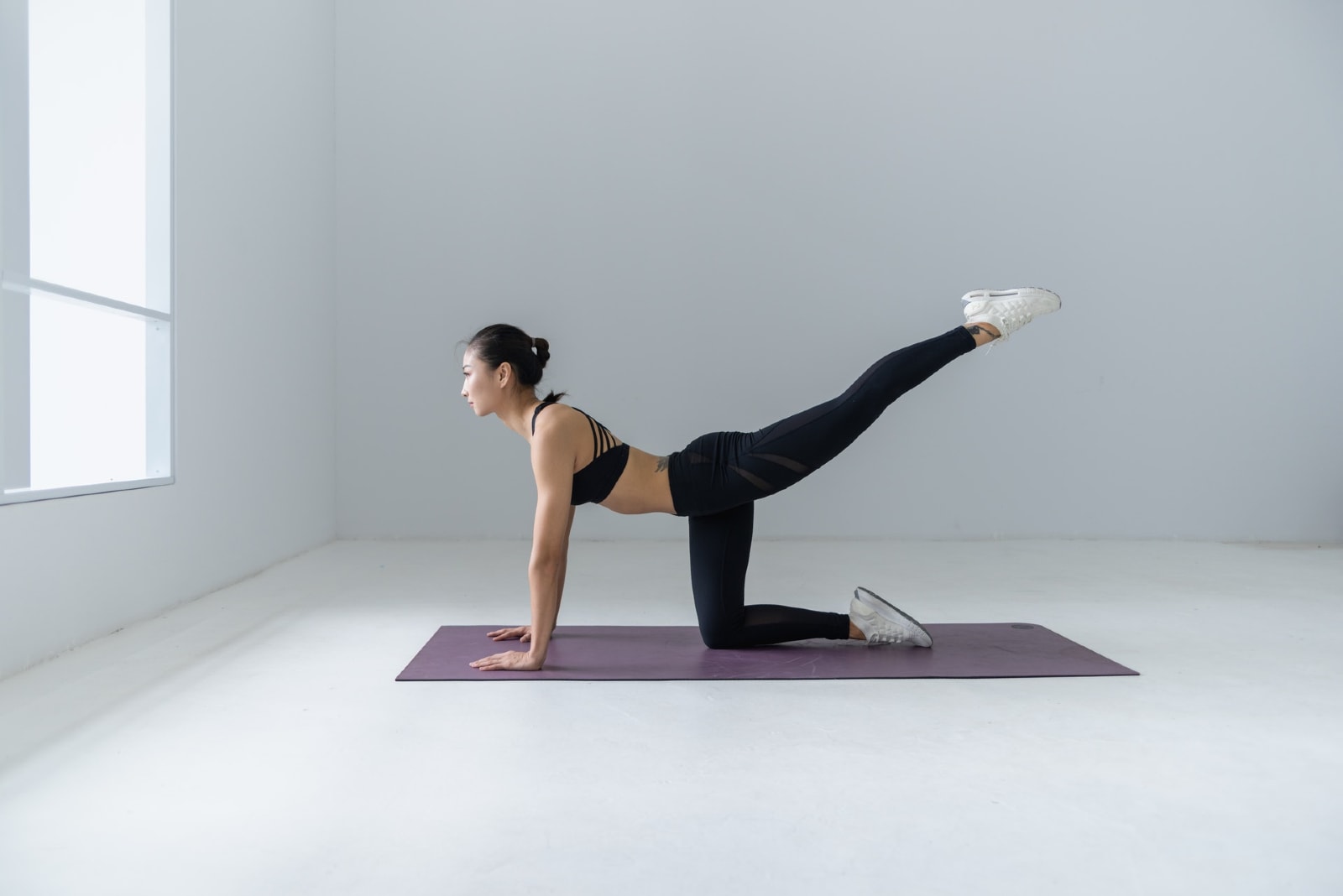 That’s how yoga became my first weapon in my fight against anxiety.

At first, I only took one class every Sunday evening (because Sundays are the worst, as any person suffering from work anxiety will tell you), and I noticed a change almost immediately.

The tension in my body was radically reduced, and challenging myself physically felt almost too good. Over time, I upped it to three classes a week as some of the physical symptoms of my anxiety subsided.

My neck and shoulders, which were incredibly tense and painful, had finally relaxed, and my appetite returned. 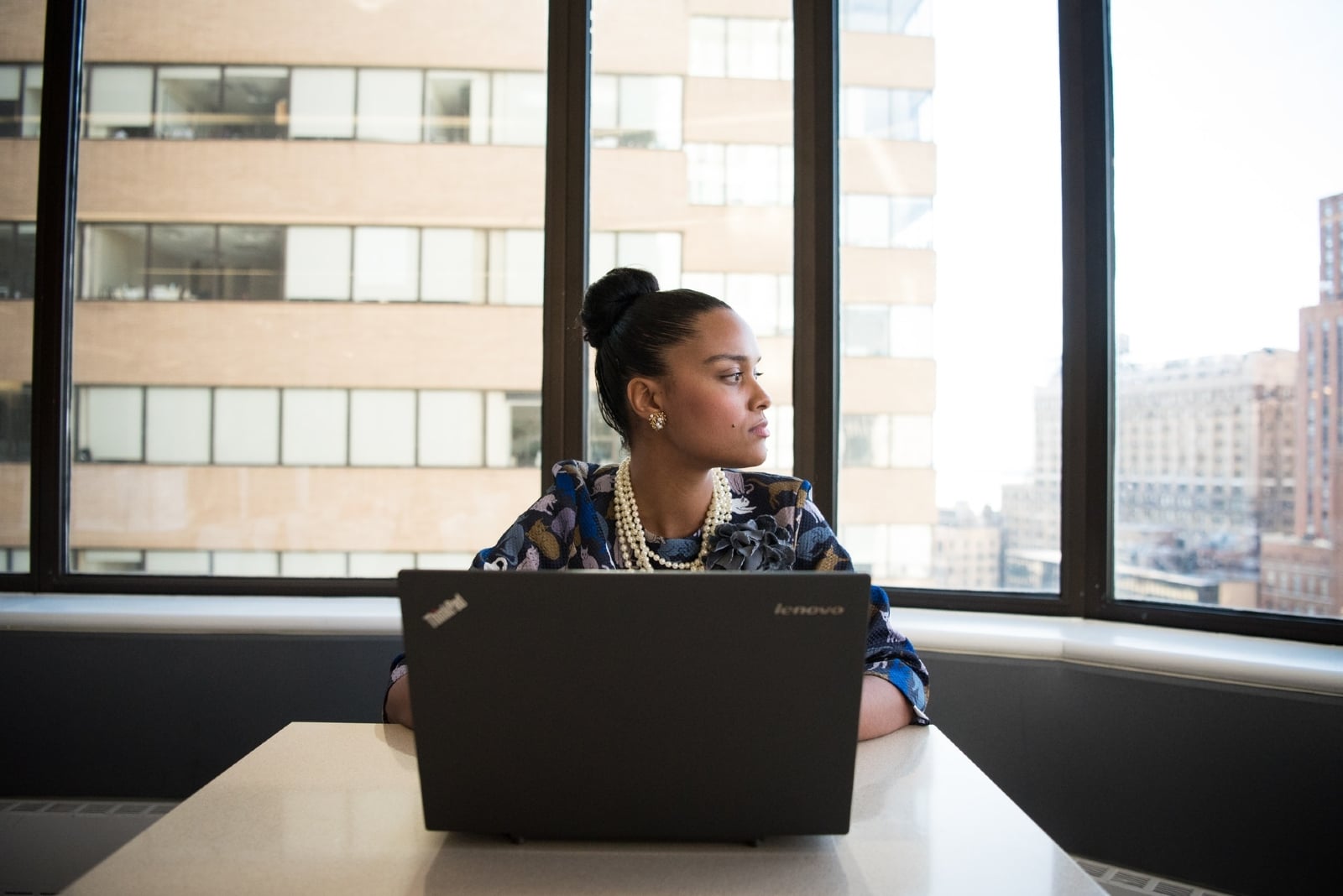 But yoga couldn’t fix all of my problems at work, so I had to develop coping mechanisms to rein in my anxiety during the day.

I taped a giant post-it note to my computer screen reminding me to do a simple breathing exercise whenever I had a minute to myself or felt nervous.

I wrote a to-do list every morning and checked off one item after another, which gave me a sense of control over my workload. Plus, I didn’t have to worry about whether I would forget anything throughout the day.

I also learned how to be mindful of my body and surroundings by checking in with myself during the day, reminding myself to loosen the tension from my limbs and lower my shoulders away from my ears. 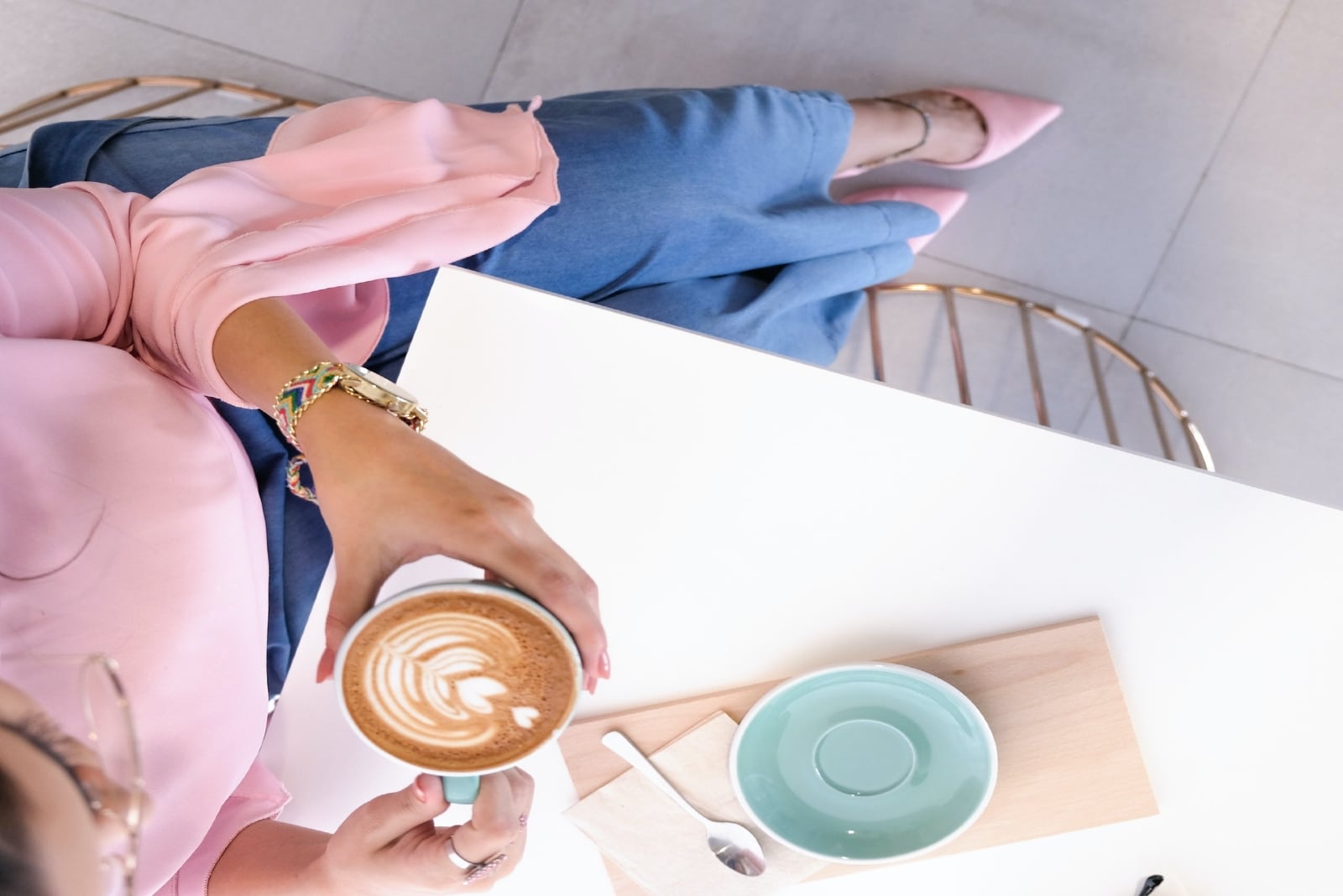 I stopped drinking soda altogether and only had one cup of coffee in the morning to give myself an energy boost for that day.

I also stopped spending my lunch breaks locked away in my office and started socializing with my coworkers, which made the day considerably less stressful. 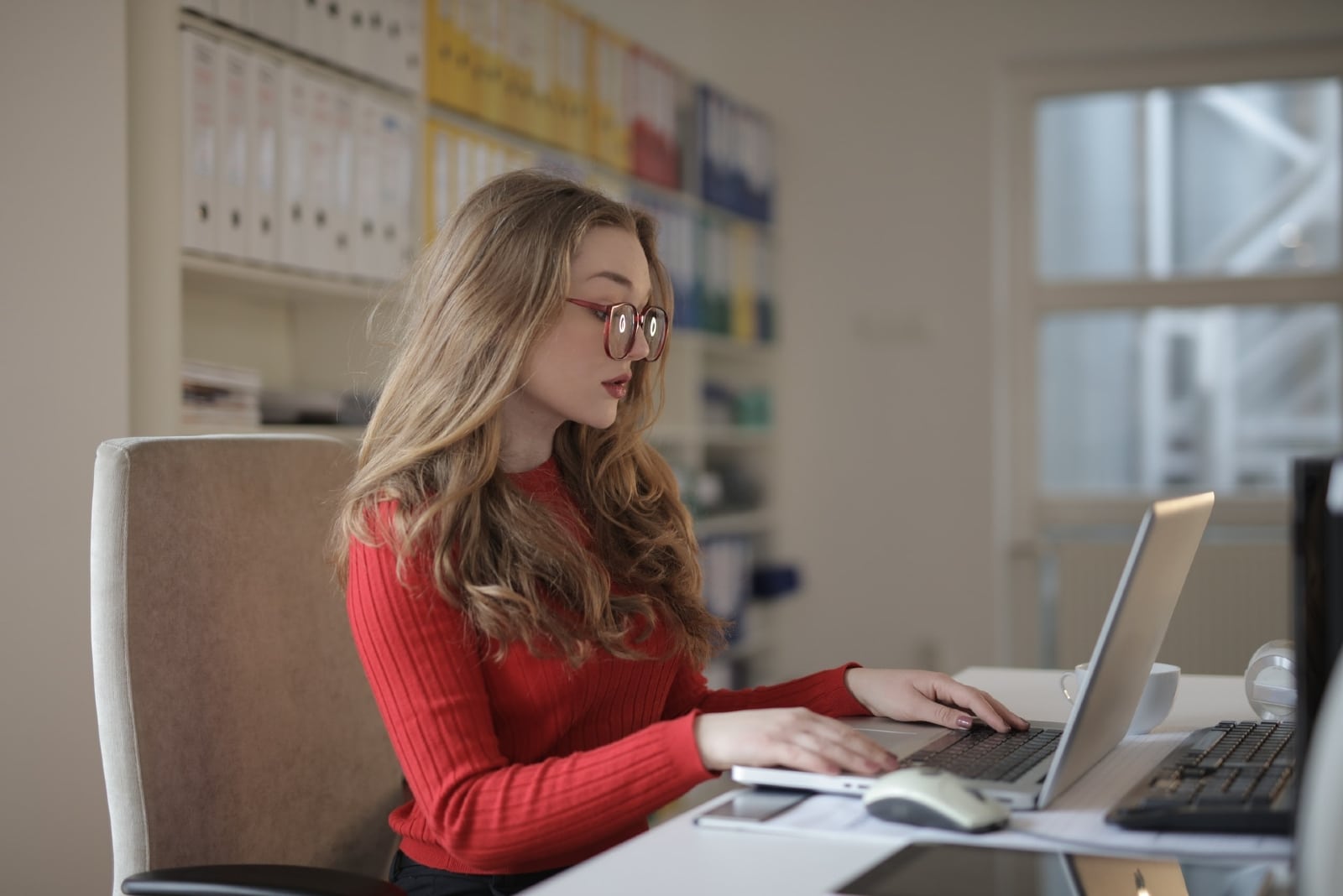 Still, no amount of yoga or meditation could change the fact that I was working in a role that was unhealthy for me, and to heal completely, I knew I needed to change jobs.

Quitting wasn’t an option due to obvious financial reasons, so I slowly started applying to other positions, hoping that I’d get an offer sooner or later.

After countless applications sent and hours of interviews and tests, I finally managed to land a job where I could do my best without putting my sanity on the line.

Obviously, my anxiety didn’t magically disappear the second I handed in my two weeks’ notice. It seemed that my body had gotten so used to feeling on edge all the time that it had trouble ditching the habit!

But slowly, I began rediscovering what it felt like to truly enjoy a sunny Saturday at the park or a family dinner.

Looking back at this experience years later, I know I should have reached out to a therapist right after that first anxiety attack.

The problem was that I didn’t know it was the start of a genuine mental health issue.

And I’m sure that many people out there don’t realize that their work stress has long crossed over into full-blown anxiety – I was simply lucky that I had people around me who guided me in the direction of healing.

To all of you who are currently entangled in a battle with your own mind, I’m here to tell you that there is a way out.

It’s not easy, and it feels like you’re trying to twist your way into a pair of pants you outgrew years ago, but it can be done!

After all, there’s nothing wrong in calling it a wrap once you realize that your job is taking much more than it’s giving – it doesn’t mean you’re a failure or incompetent.

Leaving what I thought would be my dream job was a hard pill to swallow, and I had to have an honest conversation with myself over what I wanted.

But thanks to this experience, I brought myself to where I am today and would never change a single part of my journey.