It’s a well-known fact that men can be quite the masters of smooth talking and that women do their due diligence on every one of those attempts.

Some fail miserably, but some (if they’re persistent and charming enough) get the occasional green light.

Especially if you’ve just started seeing a guy, texting him can be quite a hassle. And I mean it only in the sense that you still don’t know his texting habits well enough to decipher some questionable texts.

Now, women can turn into real detectives when need be, and nobody is spared if a woman’s sixth sense is telling her to run for the hills.

But there are occasional instances (during those magical beginning stages of a relationship) when you just want to give him the benefit of the doubt.

And while some men do deserve it (because they actually do mean what they say), it is also unfortunate (but factual) that those men are a dying breed.

Since the odds are not in your favour, let’s check out some shady texts a guy will typically text you. Is there a hidden agenda or does he actually mean what he says? 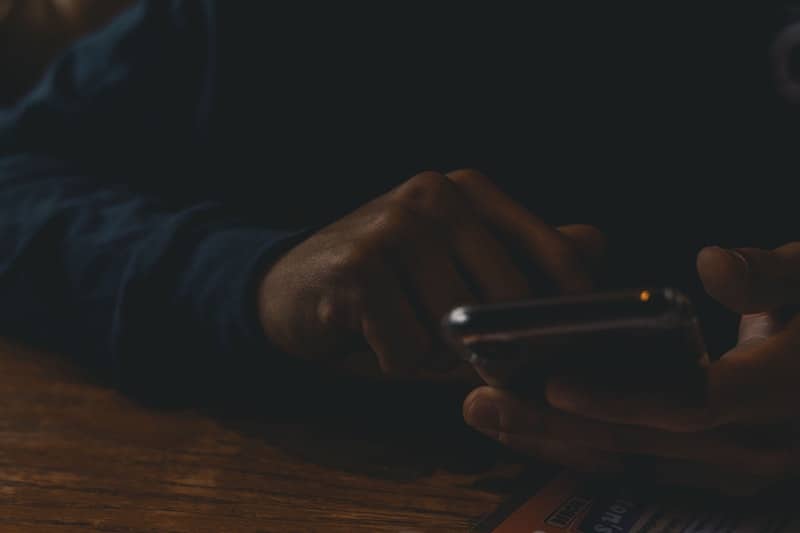 Yup… but you can keep on cruising. A text that comes at a late hour along the lines of this means nothing more than what it says. The guy is bored out of his mind and can’t be bothered to say anything more meaningful.

He’s probably hoping for a quick reply and a possible hook-up.

If he actually cared about you, he’d say something like: ‘’Yo, having trouble sleeping, thought of you to keep me company. Any chance you’re up?’’

This text has more depth and is not indicative of his boredom or a booty-call.

The previous one means he just wants to waste some time, and you were probably the third person he texted. 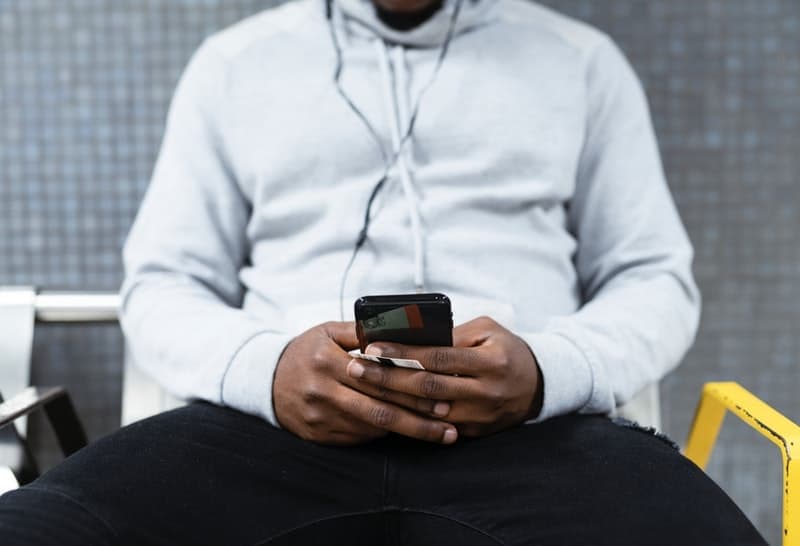 If he suddenly just stopped texting you without offering any explanation or reasoning, it probably means he got a better offer elsewhere. We’ve ALL used this excuse, so we all know what it really means.

If you want to text with someone, you just do it! But if you get a better offer or get tired of them, you ghost them and offer this washed-up excuse at a later time.

The truth is, if he REALLY got busy, he’d just tell you and then get back to you as soon as he was done. But if he just vanished without a trace, he really doesn’t care much. 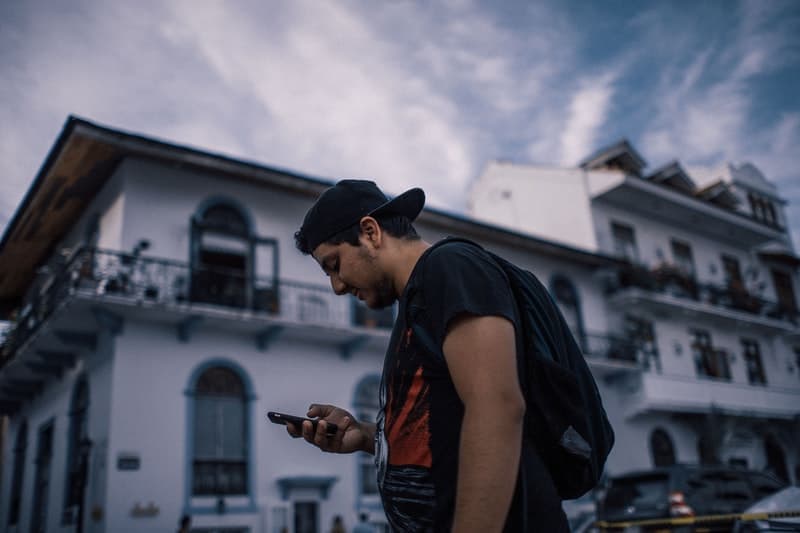 This is basically a kick in the gut. What it actually means is: ‘’You’re okay… just not for me.’’

With this text, he’s letting you know there’s no future with him. He is (perhaps?) trying to spare your feelings with this subtle rejection. 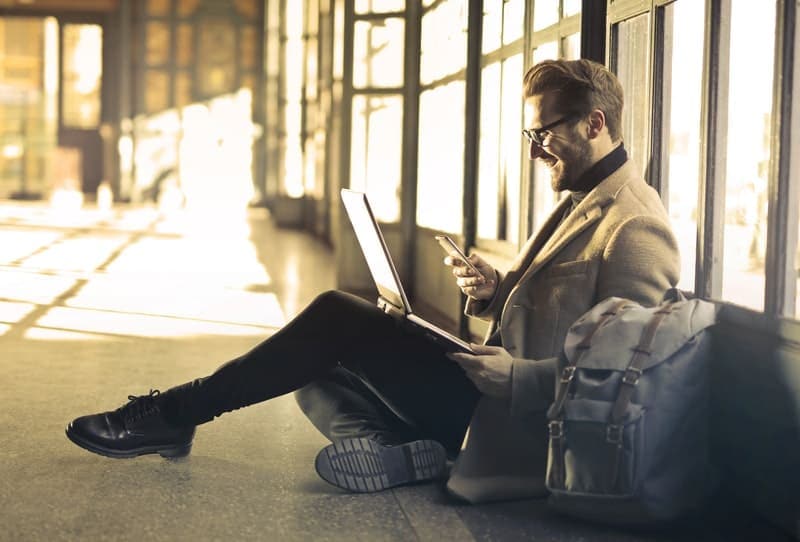 In translation – I have nothing else to say. When he texts this after you’ve texted a lengthy paragraph, it means he is totally not interested in continuing the conversation.

Basically, he’s just replying to be polite, but that’s it. The conversation has reached its peak (at least for him), and he’s moving on. 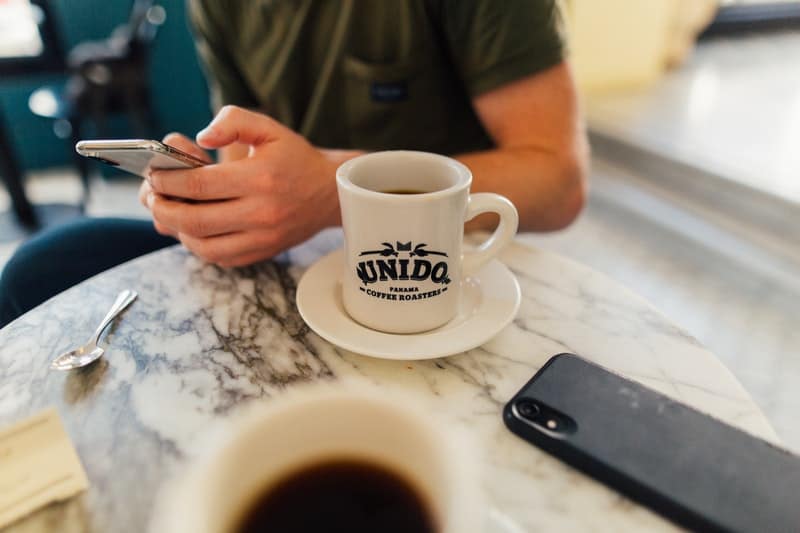 Notice the vibe of this text. It’s not serious. It’s not particular. It’s rather vague, and as he would say it – chill.

Which means he literally has nothing better to do, so he’ll probably suggest meeting up the same night (asking you last minute) and will do everything he can to get lucky.

It doesn’t mean anything more than that because if it did, he wouldn’t text you last minute, and he would use different phrasing.

This is just a casual text to see if you’re up for some fun, but nothing more than that. 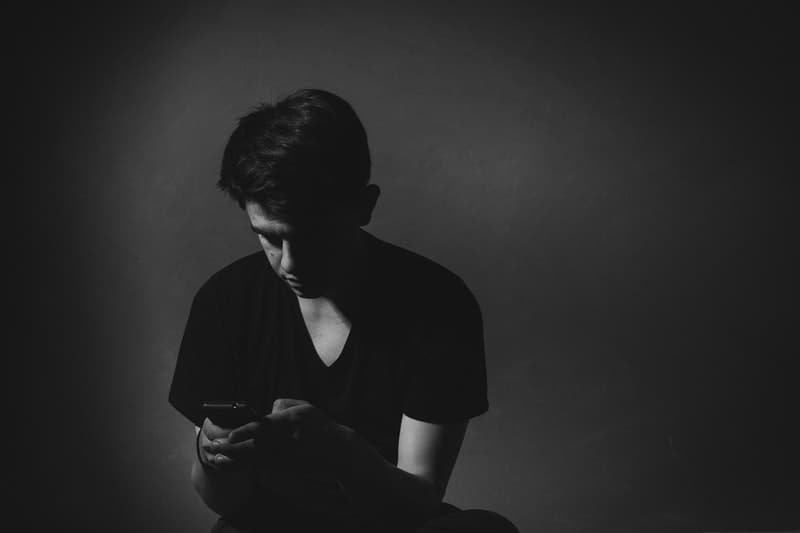 He was probably browsing through his old texts, saw your name somewhere in the middle, and decided to test the waters.

Chances are, he just wanted to see if there’s a chance of reigniting the old flame.

But it could also mean he genuinely wants to see how you are, especially if you two have history.

It all hugely depends on how the rest of the conversation plays out. You’ll know it better than anyone if he’s just trying to get with you or simply chat with an old friend/girlfriend.

7. ‘’Can I take a rain check? Something unexpectedly came up.’’ 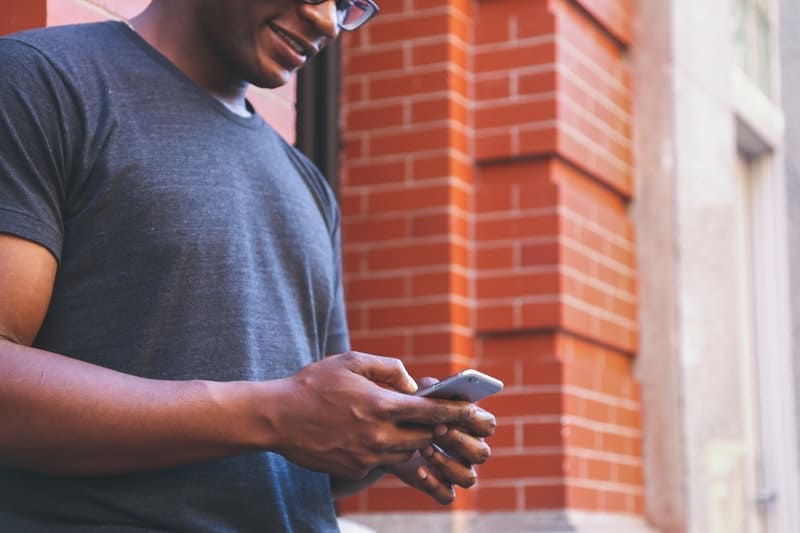 If this were true, he would just specify what came up. If he remains this vague, it probably means that he’s either no longer interested or that he’s going out with someone else.

This is a typical excuse to cancel plans last minute. Don’t fall for it, unless he offers a real, believable reason. 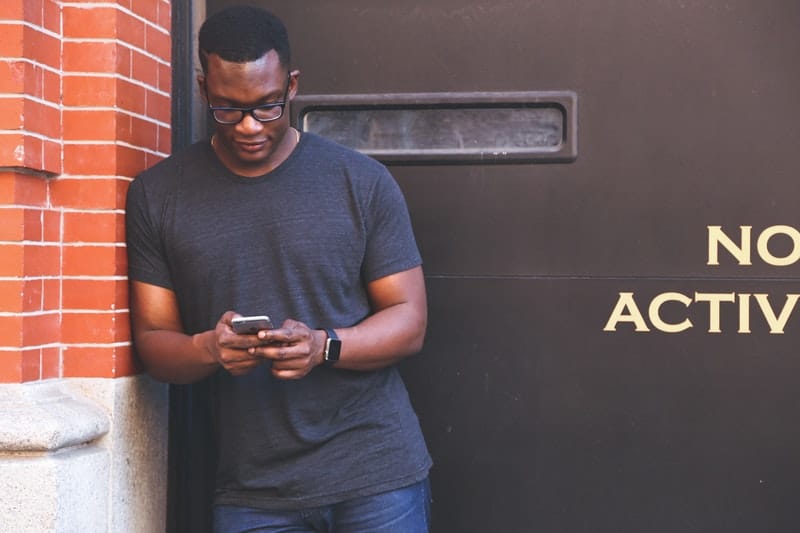 Okay, so this basically means you’re about to be weirded out. He is going to ask something he definitely shouldn’t be asking and is using the ‘’unusual’’ card to get away with it.

Beware of what might come next, and feel free to stop texting if he crosses a line (which is highly likely). 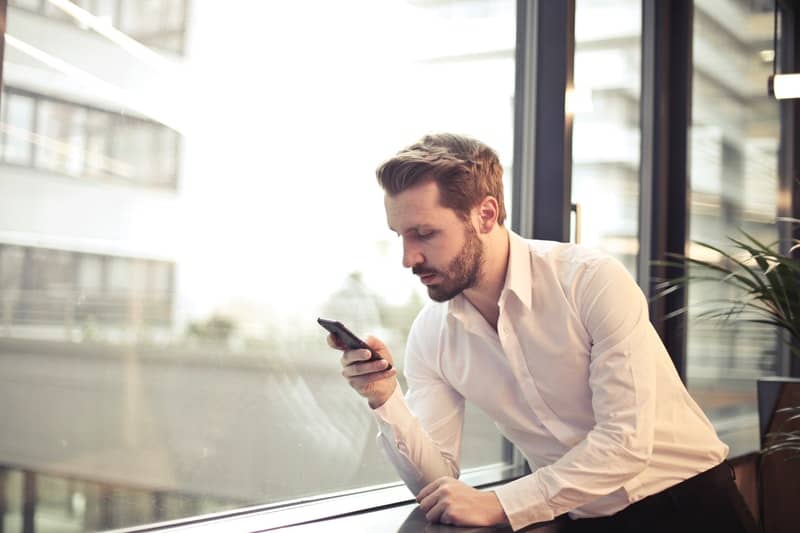 He’s interested in your friend. It’s as simple as that. If a guy asks you this, he’s clearly trying to get the approval to go after your friend, while subtly letting you know you’re off his list.

A guy who has the nerve to do this is probably an ass anyway, so keep away from him and warn your friend! 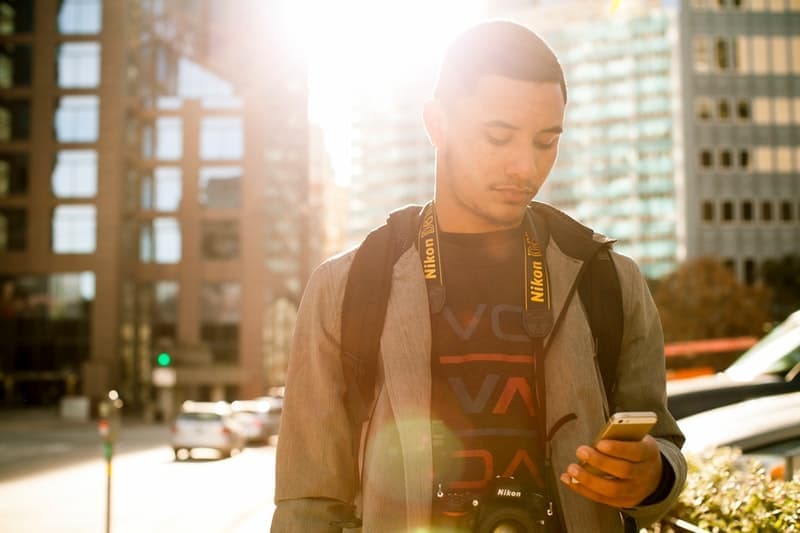 You’re asking him if he’s free to do something together, and this is his reply.

Translation – he wants to see if he’ll have better options, and if all else fails, he’ll go with you.  He is basically keeping you as a backup plan.

It’s not the worst thing in the world, but it definitely sucks.

Find a guy who’ll be thrilled to spend time with you and not someone who’ll keep you on the back burner.

That’s just shitty behaviour and a slap in the face. Steer clear. 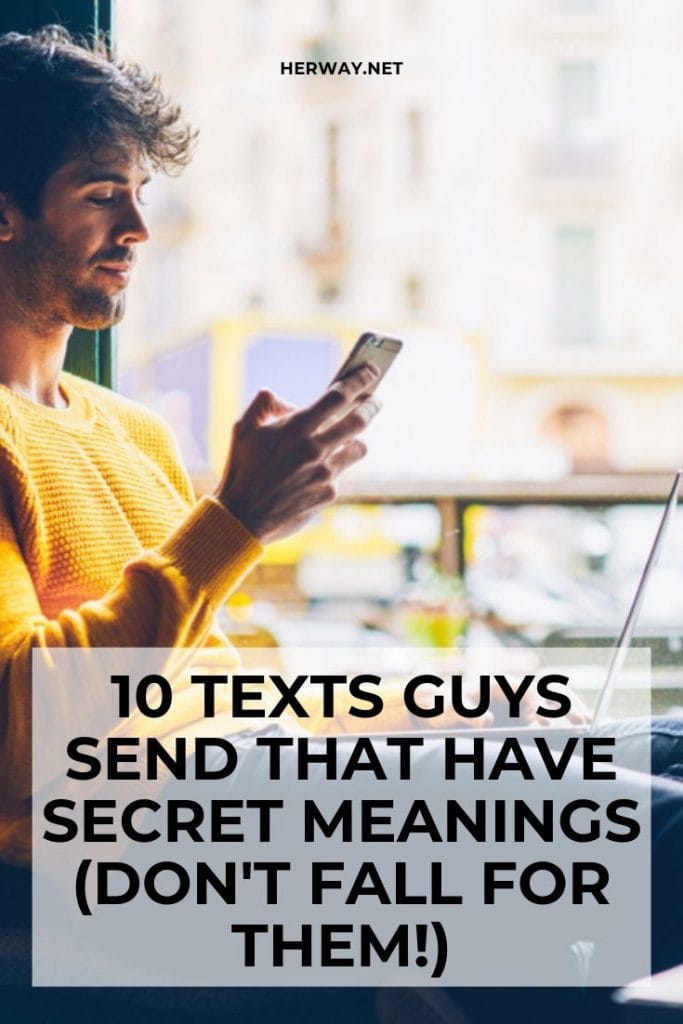